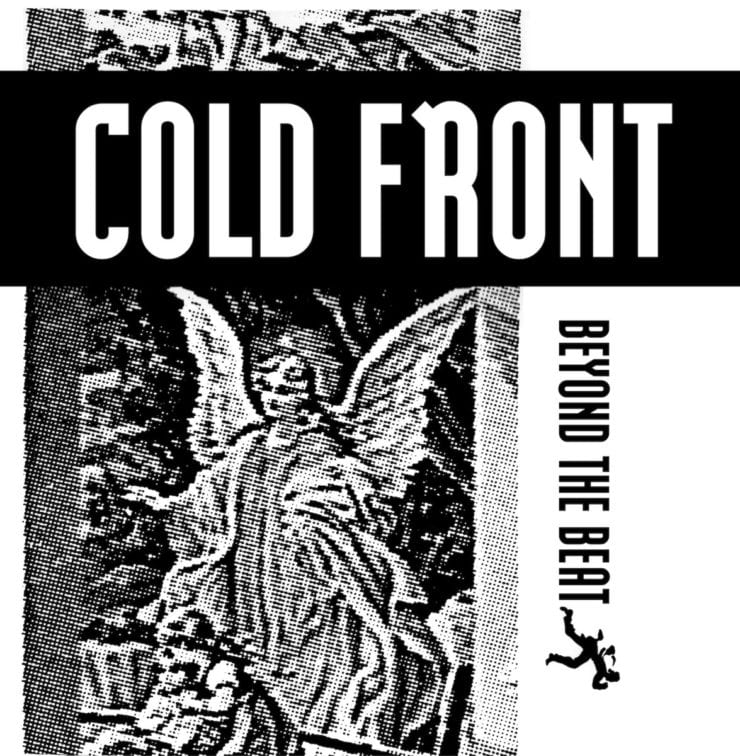 Near to thirty years on from its initial issuing via Audiocon Release, the unique record from short-lived Minneapolis outfit Cold Front, ‘Beyond The Beat‘, makes an interesting come-back to the forestage thanks to Amsterdam’s Knekelhuis and French distributor Dizonord, gracing us with an outright unaltered repress.

Founded in 1990 out of Prince’s hometown, Cold Front sure made for an unusual band back then, wrongfooting ongoing trends through chirpy blends of cold wave, new beat and synth pop. Made up of spouses Ayanna and Cam Muata, Jon Jon Scott and Ron Clark, the quartet seemed bound to remain a one-shot experience though, playing only a handful of local shows in support of Nine Inch Nails, Meat Beat Manifesto, and several cameos at early house nights and techno events.

Lifted from the record, our premiere ‘Minus 22 Degrees Fahrenheit (Ambient East)‘ is a straight out bouncin’ and hoppin’ new wave affair. Take a bunch of blissed out Epi-Cure-ian guitar riffs, piano house stabs and Easternmost vocals erupted from a spooky Noh drama, sprinkle these with infectious sub-bass moves and electroid bird chirruping, mix vigorously and you’re there. A much essential reissue.

Beyond The Beat is released via Knekelhuis on 28th June, pre-order a copy from Bandcamp.

Discover more about Cold Front and Knekelhuis on Inverted Audio.