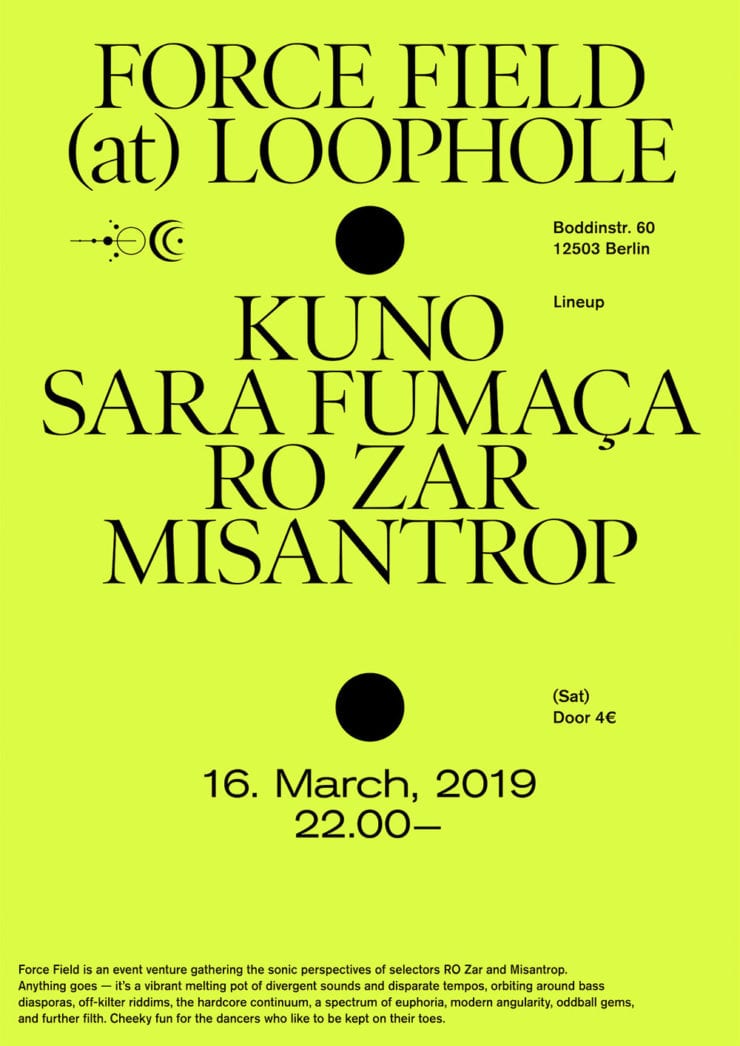 On Saturday 16th March, Force Field present their next showcase at the intimate venue of Loophole in Neukölln, this time with special guest selectors Kuno and Sara Fumaça.

In 2015 Kuno released a split 12″ with Koehler on Berceuse Heroique, now he co-runs Terminal Operations alongside Spaceinvasion. His sound fuses a lineage of the Murdercapital/Viewlexx/Bunker style of electro and acid with grime, dubstep and early UK bass music. Next up is No Shade affiliate Sara Fumaça, who weaves together global bass sounds into hybrid club tracks.

The two artist will perform alongside residents RO Zar and Misantrop, with the latter performing his first ever live set, drawing on both previously released and all-new material.