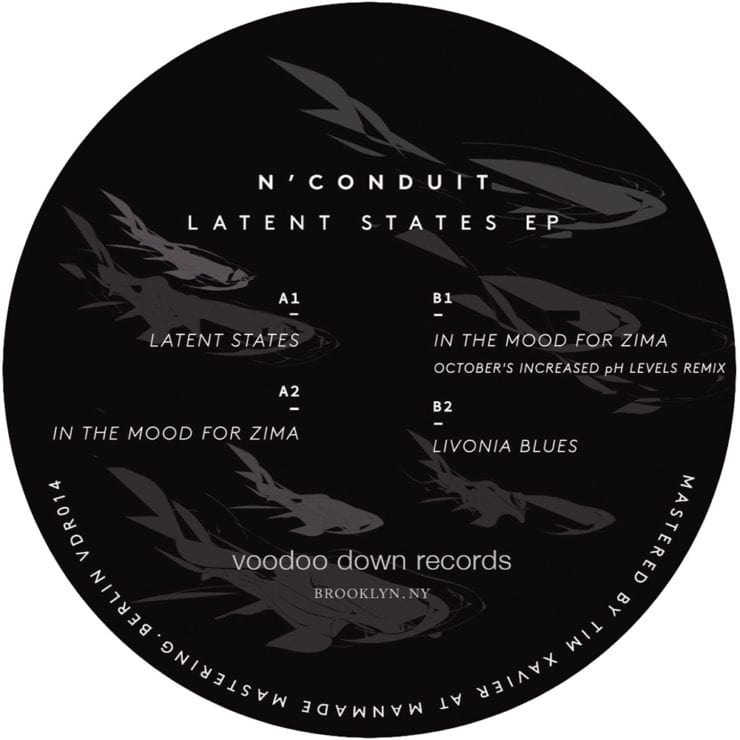 As Ben UFO pointed out on Twitter, it’s not easy to keep acid music interesting these days, but Bristolian DJ and producer October succeeded in this task with his remix featured on N’Conduit’s third solo release on the Brooklyn via Berlin-based imprint Voodoo Down Records.

‘Latent States’ is a solid four tracker featuring three enjoyable solo jams from N’Conduit, plus the above-mentioned remix, all built around warm modular warbles, saturated beats and spaced out feedbacks. The mood shifts from resolute to sentimental through the extended player but it is October’s take on ‘In The Mood For Zima’, which steals our attention.

Everything surrounding the original fat bass line is turned upside-down by the UK producer, who increases the Ph to brain-melting levels, returning a relentless banger defined by rolling acid lines riding on top of clattery drums. This remix is further proof of Bristolians aptitude for filling up DJ record bags with irresistible and inventive weapons.

‘Latent States’ EP is scheduled for release 15 March 2019 via Voodoo Down Records. Order a copy from Juno.

Discover more about N’Conduit, October and Voodoo Down Records on Inverted Audio.