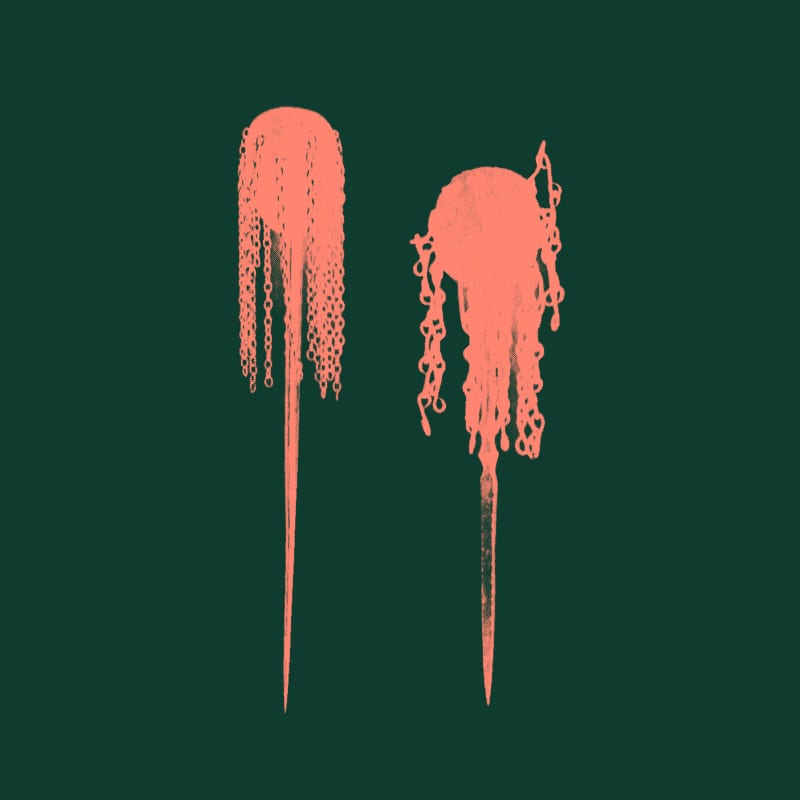 In the wake of a solid self-titled debut EP released a few weeks ago on Jon Talabot’s imprint Hivern Discs, INIT return this summer with their first full-length effort on the Spanish label.

Hailing from the shores of Frankfurt’s Rhein-Main, the duo made up of Benedikt Frey, operator of a few excellent 12″s on Live At Robert Johnson and Mule Muziq, and Nadia D’Alò – she is the bewitching voice you heard on the title track of Pagliara’s second LP With One Another – draws deep into a baroque melange of Kraut-charged rovings and a melancholic, two-edged synth-scaping. Weeping synths soaring and heat-hazed bass waves rolling, Frey and D’Alò unfold a narrative string of tracks that explore both the most delicate and alcove-friendly phases of intimacy but also dives head-first into warped, distant territories without ever looking back.

Two Pole Resonance just keeps careening between epic momentums and slo-mo suspensions without losing its breath. Versatile and opaque, fragile and daring, it is an album to test and experiment without moderation.

Discover more about INIT and Hivern Discs on Inverted Audio.