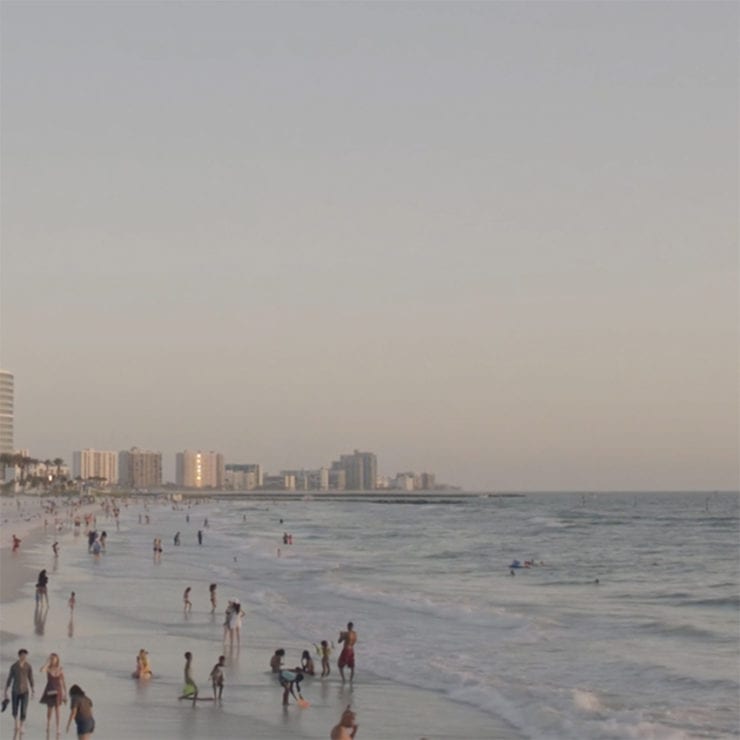 Following the release of ‘Venus In Leo‘ via Ghostly International in August, HTRK have released an all-instrumental long player through Boomkat Editions, marking the official soundtrack to Jeremy Peixoto’s Scientology documentary ‘Over The Rainbow’.

Mastered by Rashad Becker, the album “strips away HTRK’s signature vocals and drum machines in a commission to fit the mood of Peixoto’s feature – a film that seeks to better understand Scientology through a range of perspectives, from psychologists to former members.”

Lifted from the press release – “HTRK use their knack for conjuring haunting, heavy-lidded feels and ohrwurm hooks to map the mood, deploying a trademark, incisive sense of detachment that colours the film’s intersection of real beliefs and ideas of Scientology as a sect.

The result is a 13 part mosaic tiling hazy blue cues with aqueous ambient pads and baroque themes, playing out like the atmospheric strokes to LA noir in a way that silhouettes the film’s probing narrative and rhetoric and also reflects its fascination with American culture and the supernatural in a similar way to Eno’s ambient classics or Lynch flicks and their scores.”

‘Over The Rainbow’ is out now on Boomkat Editions. Order a copy from Boomkat.

Discover more about HTRK and Boomkat Editions on Inverted Audio.