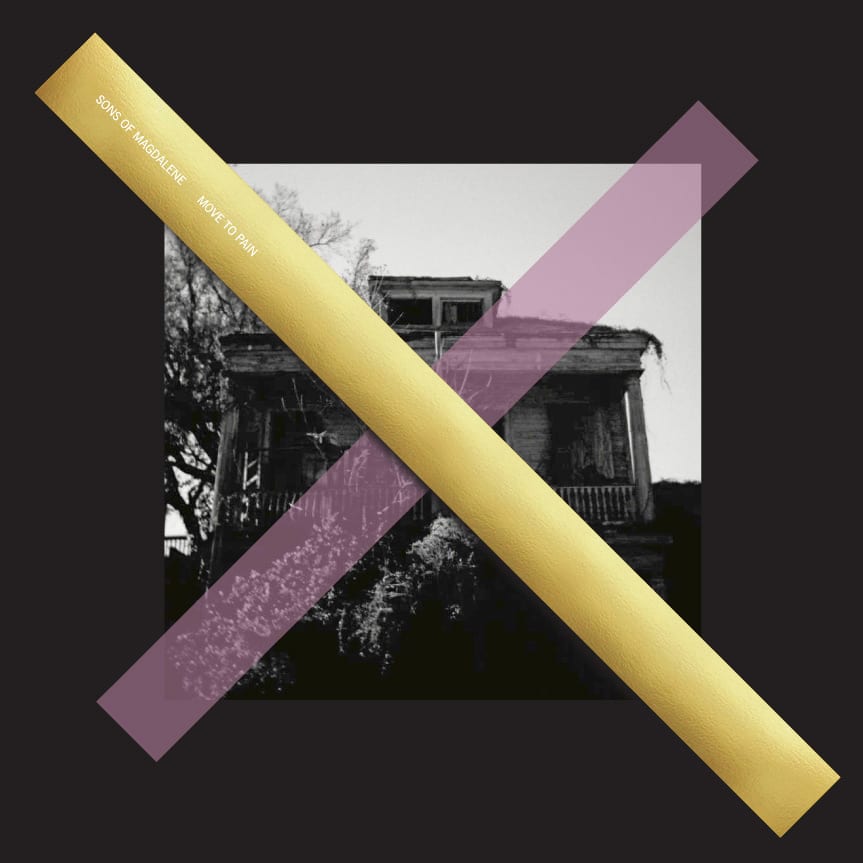 Joshua Eustis, of Telefon Tel Aviv, has revealed details about his forthcoming 9 track album ‘Move To Pain‘ under his new guise ‘Sons Of Magdalene‘.

Following the death of his father in 2007 and former Telefon Tel Aviv band mate Charles Cooper in 2009, there is no doubt that Eustis has had a traumatic journey. Thankfully he now returns with his new solo project ‘Sons Of Magdalene’ that in some way sheds light into these very personal and dark events that have affected his life. Below you can read Joshua’s personal account of ‘Move To Pain’:

I started Sons of Magdalene in 2007 when my father was diagnosed with cancer. I had an immediate and predictable response to this, which was a combination of losing my shit and consequently working on music that was very different from what I’d done hitherto.

The first experiments under this moniker were tape loop experimentations that were largely manipulations of orchestral music recorded at Loyola University in early 2005, and continued to coincide with studying the Erhu under maestro Bei Xing Xiang in 2006. These pieces formed the ground work for a later revisitation of similar themes of loss, decay, and the tremendous emptiness of the physical world, which eventually became the first LP, Move to Pain.

The earliest songs for this LP were completed in late 2008, shortly before the death of my long time musical collaborator and childhood friend, Charles W. Cooper, III. We had been making music together as Telefon Tel Aviv for a decade. Charlie heard the early versions of these songs and wanted them to be the basis of the next Telefon Tel Aviv LP. He died before we could finish anything together, so I kept them as they were and went from there.

The rest of the record was written intermittently from 2009 until late 2010, when the first version of the record was completed. I sat on this for years, against the advice of friends and family, and the record became the elephant in the room.

The subject matter of the record is by far the most personal of my musical career. I think now, looking back, that this was the reason for my reluctance to release it. With grief like this, though, if it’s sitting on a hard drive in the same room, I can’t stop thinking about it until it’s gone; then and only then does the sweet relief of forgetfulness visit me, finally.

After completing a pair of tours with Nine Inch Nails, in December 2013 I quickly revisited the record and made a few changes. Two songs were added, the mix was tweaked, and the record was as finished as I could make it.

This may all seem melodramatic, but I assure you, it isn’t. It feels great to finally let go of something that weighs one down, and gain perspective from it. Even if it’s in hindsight.

‘Move To Pain’ will be released on 24th June via Audraglint.

Discover more about Sons Of Magdalene and Audraglint on Inverted Audio.