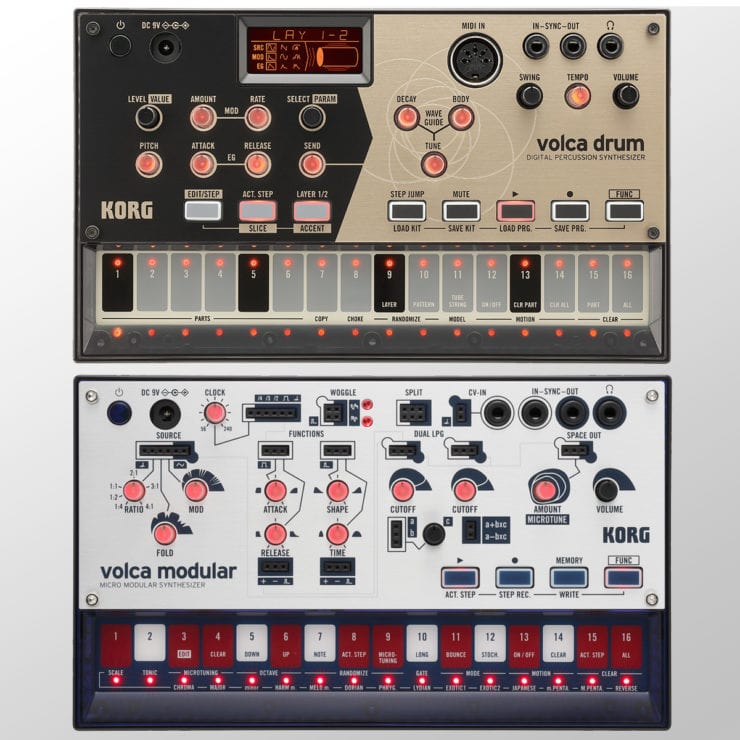 As far as gateway drugs go in the hardware game, Korg’s Volca series has delivered on both value for money and functionality. With bass, melody and percussion covered, the series expanded to cover FM synthesis, a wild and surprisingly versatile kick drum variant, and a functional three channel mixer.

After Volca creator Tatsuya Takahashi left Korg, it left many wondering if that was it for the line. Ahead of NAMM2019—presumably to avoid the new rush—Korg have announced another two entries: Drum and Modular.

The former moves away from the warm analogue tones of the Beats model, offering a whole host of DSP based digital manipulation. Glitching patterns that crackle with flair is the order of the day here, with an incredibly layered and flexible engine sitting behind the deceptively simple looking unit.

The latter jumps on the increasingly popular yet decidedly impenetrable modular synthesis scene. The main body of the synth features eight modules with a total of 50 patch points, mirroring some of the most popular functions from a basic modular setup: micro-tuning, waveform generators, randomising, and signal splitting.

Both units certainly push towards the more complex end of functionality, but once again come in at a value priced proposition. Currently priced for the US market, the Drum comes in at $169 with the Modular being $199.

Discover more about the Volca Drum and Volca Modular.