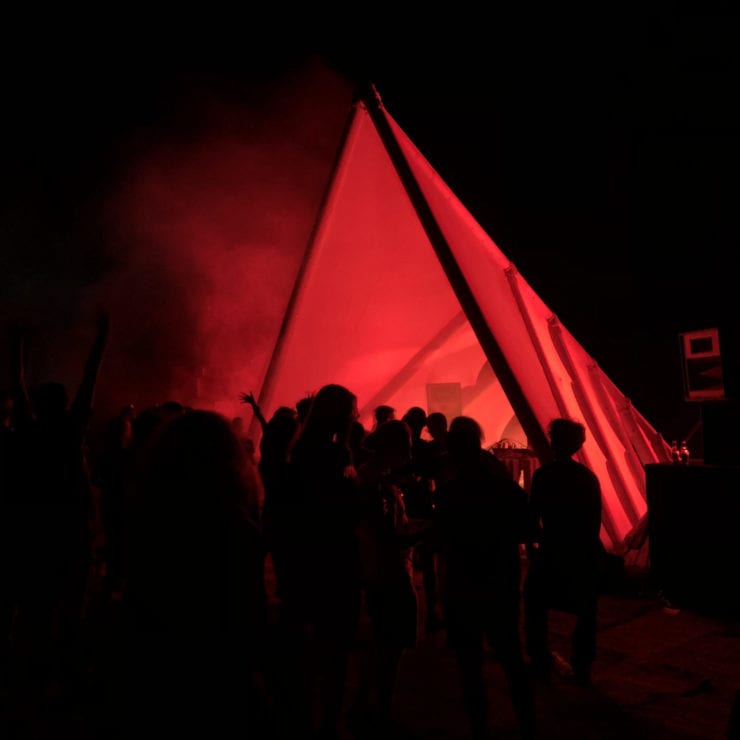 It’s been almost 3 months since we watched the burning sun melt into the jagged horizon and danced under a million glistening stars scattered across the endless dark canvas. The gleaming memories of Under the Desert Stars feel quite surreal as if it was a dream. To take you back to the sun-drenched Moroccan desert, we are sharing a recording of the hybrid live set – a beautiful journey through light and darkness. Neel tells us the story of how it came about.

“Hey, I confirmed a show for you in a desert,” reads the message Neel received from his agent last May – there was no doubt Giuseppe was going to love it. He was midway his Asian tour when the news reached his ears. Playing in a desert was on his list for some time and, finally, the opportunity arose. “Many years back, I played in Australia about 3-4 hours from Melbourne,” he tells, recalling Inner Varnika Festival held in the vast open area of dusty Bookar. “I remember the stars on the two nights I spent there…and the lunar eclipse…I was pretty stoked about that experience and made a promise to myself to visit a desert once.”

But it wasn’t until he returned home from Asia that he heard about the brain behind ISOTOOP’s vision. “I met Van Anh briefly at Sonar this year for the first time,” he says. “We exchanged a couple of words while I was running somewhere, and she gave me an ISOTOOP T-shirt.” Soon, they would speak again, sharing their enthusiasm about the bound-to-be-special journey they were about to embark upon.

“It was clear straight away that she had a strong vision regarding the music to be played at each specific time of the day. She asked me to do something slow – a welcome into the electronic realm after the percussive excursions of Mortazavi. My set time was at the dusk; the darkness would slowly blanket the sprawling tracts of the desert and that’s what I wanted to translate through my music.”

Caught up in his tightly packed tour schedule and rehearsals for their LF-58 debut at Draaimolen festival, he had to put his set together the week before the show. It’s been about 4 years ago – since Freerotation 2015 – that he prepared a slower-paced performance.

“I took it as a challenge,” he shares, “and, eventually, everything came together perfectly. The idea was to start the set with people sitting on the ground and slowly get them into my journey. I wanted the first part to be more organic, with percussion, gently introducing the crowd into the darker techno realm. Building up from a lower volume and bpm, I tried to make some sort of a wall of sound covering the audience, groovy and smooth, without any banging kicks.”

Gradually unfolding into the night, Neel’s sound seemed to swallow the last glimpse of light remaining on the horizon. Due to Mohammad Reza Mortazavi’s late cancellation, Karim and Malik from Tikita opened the festival, before Neel stepped up to present his hybrid live set, which undeniably became one of the highlights of the festival.

“I saw people dancing with huge smiles on their faces; no one left the dance floor! As I finished my set, I rushed straight into the crowd,” shares Giuseppe, reminiscing about the time spent in the desert. “You often sense some distance between the artist and the audience; but there, it felt like everyone was on the same side, together as a whole. In just two days, we managed to build a community.”