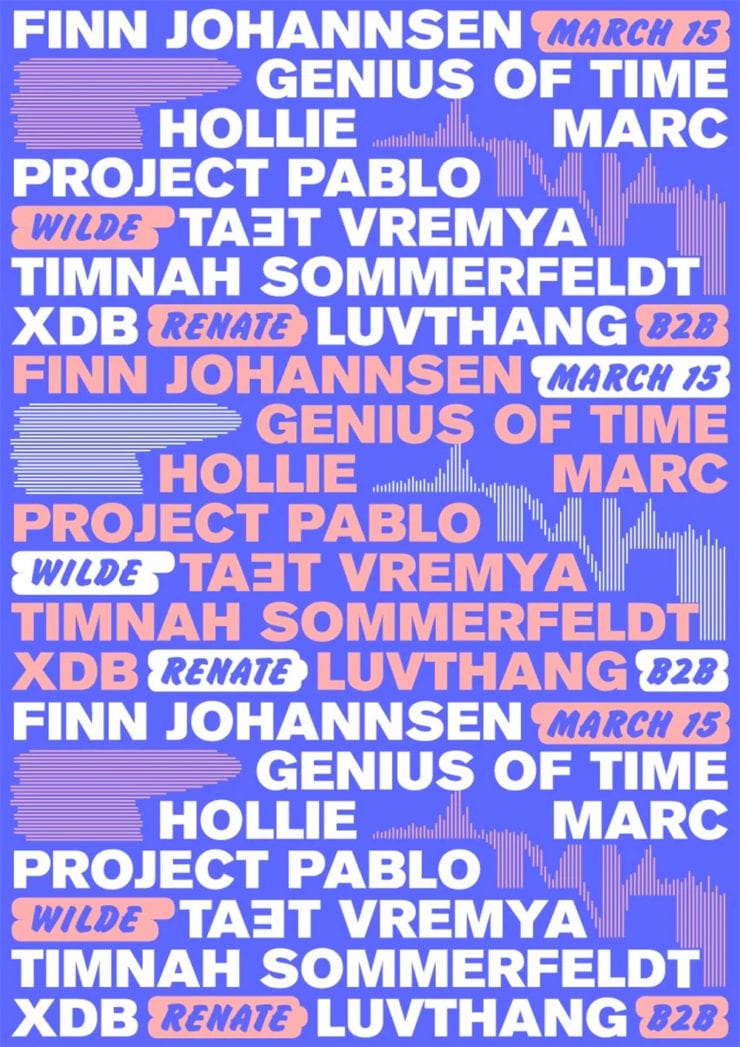 Project Pablo’s sound is undoubtedly influenced by the Canadian Riviera’s house scene, but it doesn’t exhaust itself in it as he’s always experimenting new paths and most of the times his flair for contagious melodies prevails – giving his music a distinctive trademark.

Swedish production duo Genius Of Time – Alexander Berg (Dorisburg) and Nils Krogh (Arkajo) – are best-known for their infectious house bangers, most notably their super slick and soulful track “Houston We Have A Problem” released in 2011 via the aforementioned imprint Royal Oak. Expect an ample supply of feel good house music from them.

Rising UK-based DJ and producer Hollie currently holds down a residency on Bristol’s Noods Radio and has invited the likes of PTU and Solid Blake to contribute special guest mixes for her show. Expect a choice selection of electronics from her.

Lastly up and coming Swiss selectress Timnah Sommerfeldt joins in on the action bringing her blend of downtempo electronics and outsider house to the party. To hear what she sounds like, we strongly suggest tuning into her LYL Radio mix.