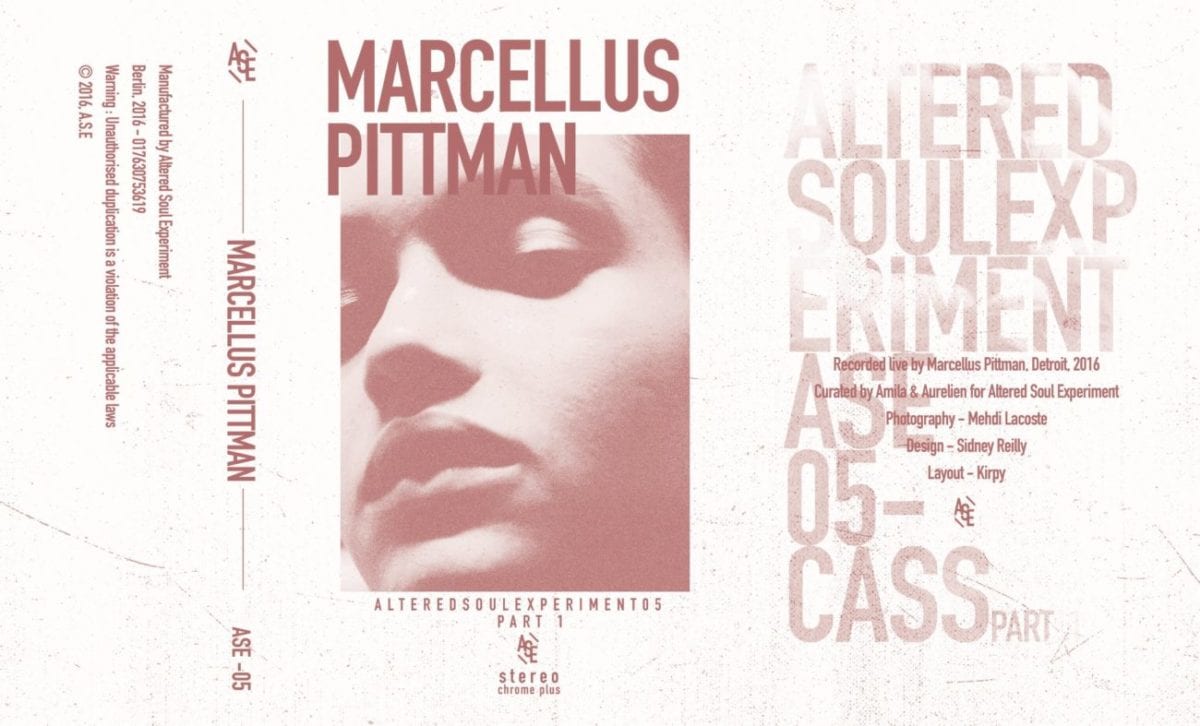 Active since the early ’90s, Pittman’s debut split along Theo Parrish finally landed on the eve of the 21st century, catapulting him to the head of the ranks which he never left since then. Releases for FXHE, Track Mode and obviously his own label, Unirhythm, definitely cemented the reputation of a widely-respected selector and producer.

This unique offering – recorded live in Detroit earlier in 2016, comes in the shape of a diptych tape release and sees Pittman delve deep in sax-laden floor heaters and other soulful boogie gems, all picked from the shelves of his extra-large record collection. Yet again, it’s an exciting insight into a great’s long-time acquired classics and most intimate treasures. Don’t sleep.

ASE05 is released via Altered Soul Experiment on July 25th, pre-order a copy from the label’s webshop.