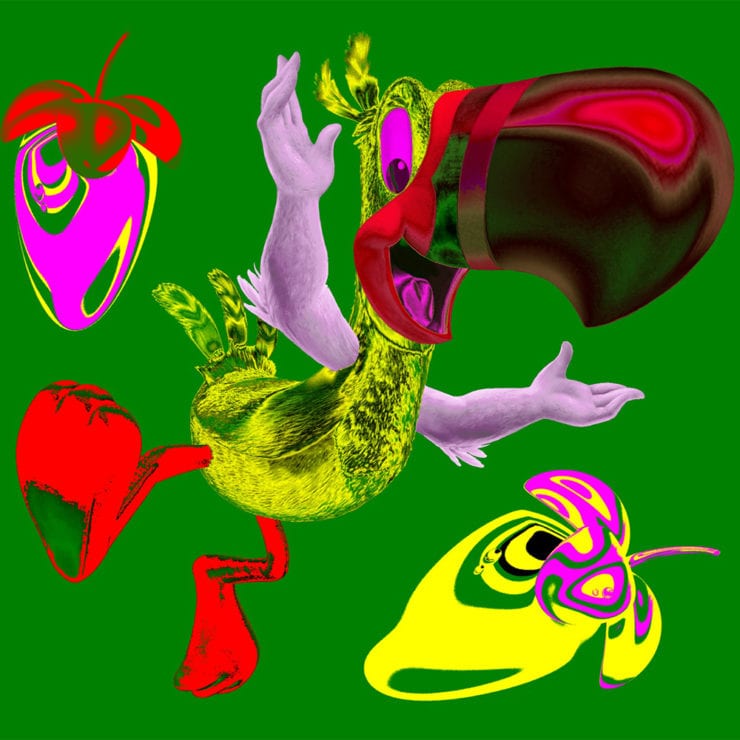 Following the release of ‘Co In Ci‘ LP via Skudge Records in 2015 – Dutch producer Mike Kivits makes a welcome return to our audible field in June with the announcement of a new Aardvarck album, through freshly coined imprint Crowd.

‘Monkey Formula‘ is composed of eight previously unreleased tracks from the Aardvarck archives – spanning ambient, downtempo, leftfield and experimental house. Listeners will also recognise stems and samples from previously released tracks, specifically the pad on ‘IS‘ is a reworked version of the same pad from ‘Ai‘ – from the aforementioned album on Skudge.

Album highlights include ambient opener “Everything Is Nothing“, the hauntingly beautiful piano track “U Are, Not What U Think” and the droney leftfield house groover “Get“.

‘Monkey Formula’ LP is scheduled for release via Crowd 14 June 2019, available as a limited edition of 300 vinyl copies. Each version will feature a unique computer generated artwork designed by Gilles de Brock. Order a copy from Rush Hour.

Discover more about Aardvarck and Crowd on Inverted Audio.