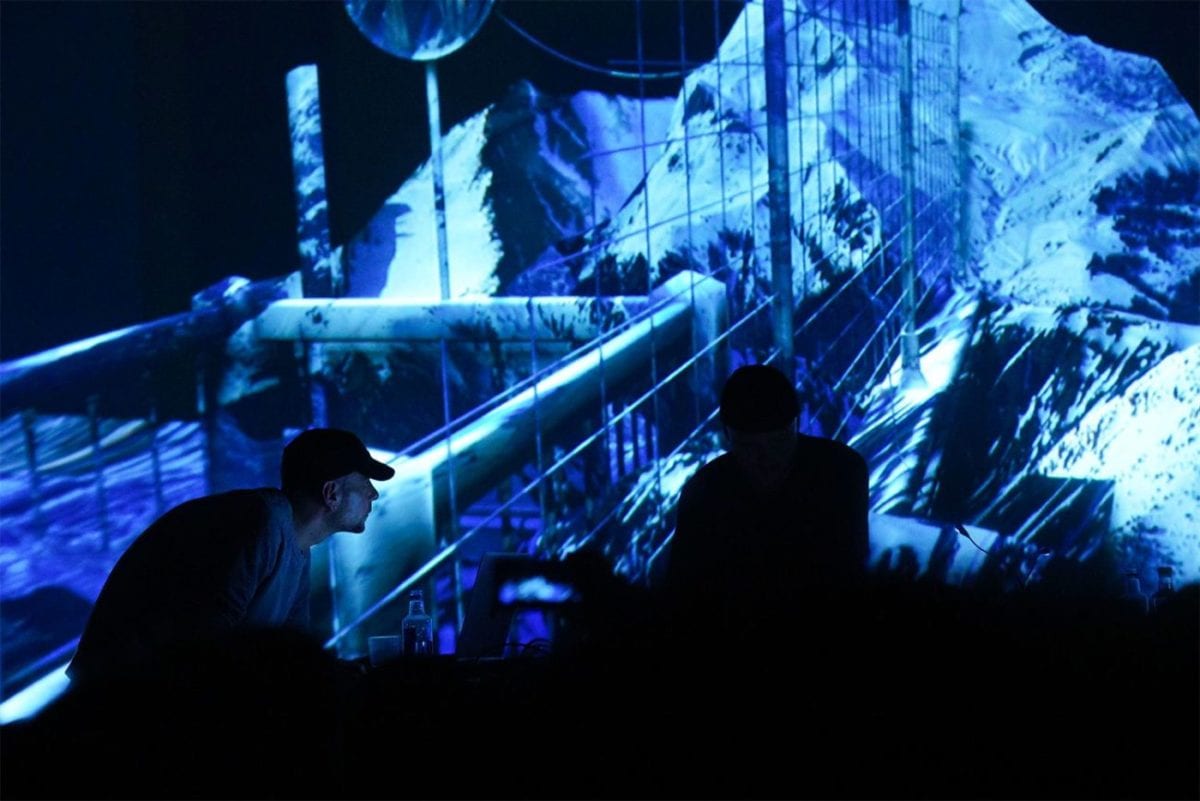 An ethereal dove soaring under a rainbow in a heavenly sky isn’t the usual aesthetic you would expect from a techno-led digital arts festival. But MIRA doesn’t appear to fly in the usual direction. In its seventh year, the experimental event launches its most ambitious edition to-date with headlines that would make most of us drool: 20 audiovisual shows, 11 3D sound shows, 4 large-scale immersive art installations and 360º projections in the custom built MIRA Dome.

Music-wise, the festival aims to become a ‘platform for new talents as well as a showcase for world-known artists’ with names like Shackleton + Anika, I-F, James Holden, Visionist and Tzusing on the bill. Amongst the live performances, there’s an exciting mix of artists from Ash Koosha, Khidja and Essaie Pas to local talent Suso Saiz and Shoeg.

What really sets the festival apart though is its eclectic programming, from the immersive MIRA Rainbow Room which aims to ‘make time disappear’ or the Imaginarium of Tears, a scientific-emotional exploration giving attendees a special “crying” kit to collect their tears, which can then be viewed under the microscope as they crystallise. Given the promise of the festival, I suspect the only tears will be of elation.

Tickets are still available and can be purchased through the festival website. 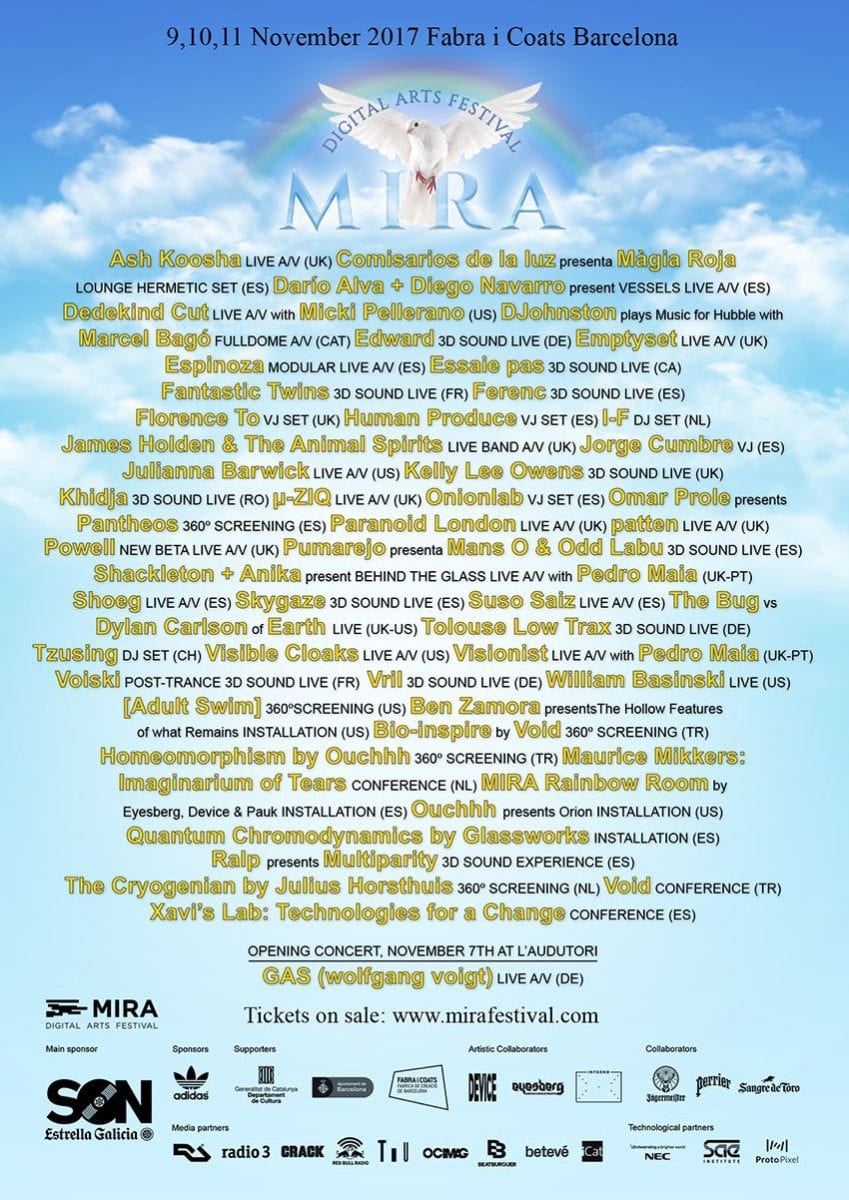