For a long time, a sizeable portion of dance music culture abhorred pop music and all its permutations. Artists who went towards a “commercial” sound were considered sell-outs, and almost anything with a remotely catchy vocal hook was deigned unfit to be filed amongst the music deemed as “underground”, earning reactionary hate and turned-up noses merely by dint of being vaguely associated with the other side of the fence.

This rather toxic genre gatekeeping has, fortunately, been gradually eroded as more and more artists straddle the worlds of techno (and much, much more besides) and their formative years listening to pop — from mainstream radio music associated with commercialism, to the avant-garde singer-songwriters such as Björk who made futuristic production a part of the fabric of modern music.

Belia Winnewisser appears to be one such artist: her two albums released via Swiss label and publishing house Präsens Editionen demonstrates her work as an artist equally preoccupied with tough percussion and intricate rhythms as she is with emotional availability and a more universal appeal outside of areas of music that are, on the whole, quite niche.

Her sophomore album ‘SODA‘ shows her explorations in the liminal spaces outside the genre war at their best, with tracks like ‘So Real‘ combining the lyrical accessibility and stylistics of popular music with faultlessly tight production in a genuinely catchy and enjoyable track — regardless of your prejudices and preferences on pop.

Elsewhere on the long player, Belia mixes her deep synth knowledge with momentary gabber kicks into a post-club heaven on instrumentals that would turn heads for all the right reasons in the rave, in a statement full length that dissolves the boundaries of music for the 40-odd minute run time.

Captured by her sound, we caught up with Belia Winnewisser to discuss her creative process and artistic tendencies, discussing the affect of the likes of location on her music-making, how the blurring of boundaries in her music can impact her bookings, and her upcoming EP through Frankfurt’s Die Orakel.

For someone who confesses a need for pop music, Belia delivers a cutting mix of club textures that could see your office-job colleagues up and dancing as much as it could shake a rave loose. 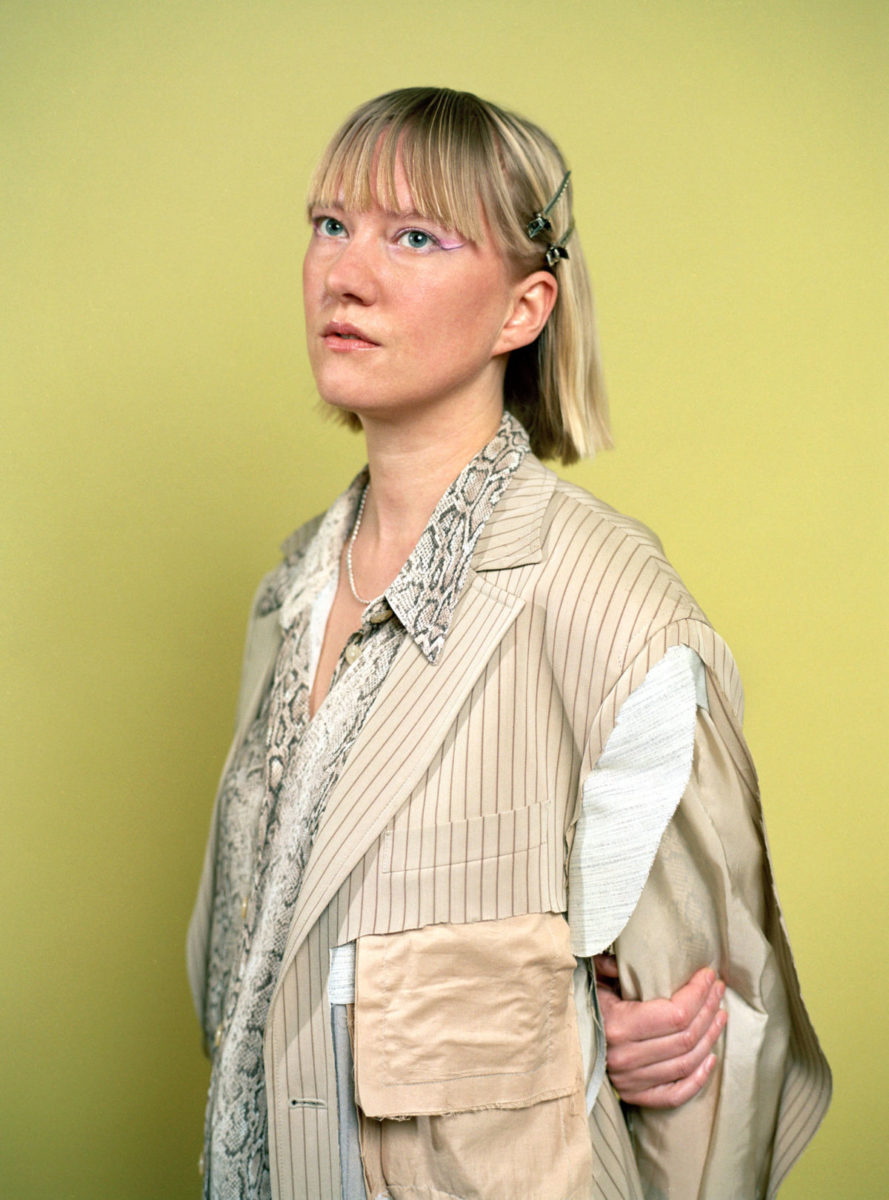 Hi Belia – Thanks for taking the time to record this mix and for answering these questions. I’d like to start by asking what your mindset was like when you recorded this mix, and where you were, predominantly, when making it?

It was on a regular Tuesday evening at home. I was really looking forward to making this mix. I had some technical difficulties the past few months. Either the mixer, the program, some old cable or the USB port made the recordings crack in some parts and I had to cut and replace tracks and I worked on my mixes way more than expected, so I decided to record it with my Zoom.

When I started, I forgot to buy some batteries. After I got some batteries, I forgot to press play, after I had pressed play the card had too little capacity and was already full. So I had to record the mix through my computer again. I finally could start and it was a lot of fun and in the end, there was no cracking and no post-productions needed. I was very lucky.

Is this mix a reflection of how you play for an audience, or is it more geared towards a home listening environment?

Yes, it is definitely a mix for an audience in a club or so. Since I DJ more and more I felt like showing this kind of style I am usually playing.

Last summer we listened through to your second album, ‘SODA’, released through Präsens Editionen. We feel it’s a really playful mix of really club-inspired productions, and a sort of post-club approach to pop songwriting structure — can you summarise your creative procedure when working on the album?

It’s kind of a pandemic testimonial. I had much more time than before. So it was great to dive deep into this kind of work. It feels like years away from me now. I guess the creative procedure was mostly rather chaotic than structured. Since I always start somewhere and end up somewhere different than expected.

How did the location — and, perhaps, the timing of the songwriting — affect your creativity and mood with writing? More specifically, perhaps, did you know what you were aiming for when you entered the recording process, or did it come as a result of your being in the space?

The location I was at probably affected me a lot. One part was written at home, some at the studio and the other part was written in Norway. I went to my family’s house by myself for 10 days. I think if you know you would hear some influences of those specific places, I guess. And I did not know what I was aiming for exactly. I followed some ideas, but let me go to other edges if it was fun. If I have a clear idea and I’m really trying to follow, I mostly get stuck. It is important to not set boundaries for myself, so I can be free in my own making. 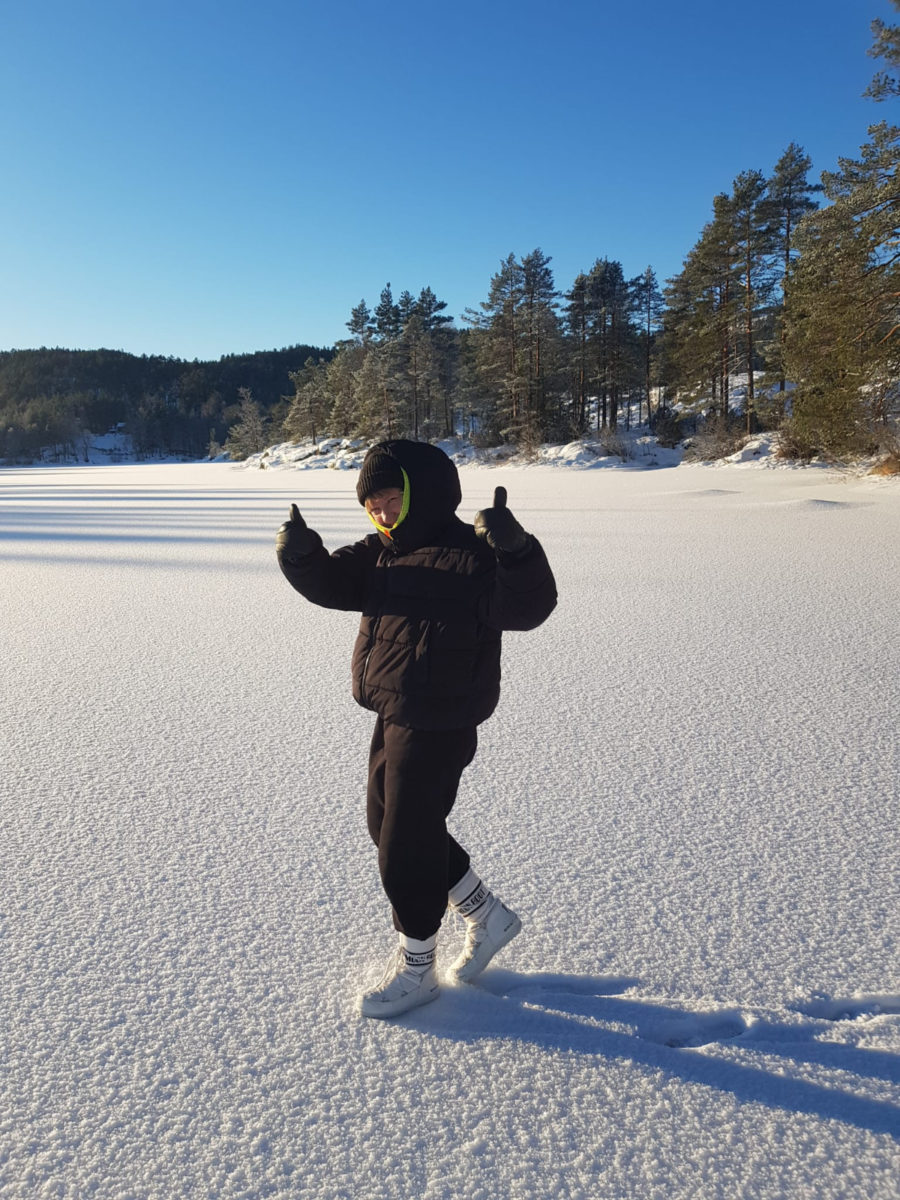 Was there any significant change to this procedure as compared with your first album, ‘Radikale Akzeptanz’? The use of your voice feels like a prominent addition to ‘SODA’ — what inspired that?

I think I got inspired by all those great pop tracks I was listening to that time. All my life I was longing for pop music. In ‘Radikale Akzeptanz’ I already tried to lead the listener into this area. In ‘SODA‘ I didn’t want to compromise. So this is the reason the album with its genre spectrum is wider than before.

What music, or which artists, were you listening to that helped inspire you to write ‘SODA’? Is this always a direction of sound that you’ve been interested in creating yourself, or were your tastes influenced somewhat recently?

For example I got inspired by Jlin, When In Rome, Christine and the Queens, Dinamarca, Imaabs and so many more different artists. The list is really long. It’s hard to say if this has always been my direction, yes and no. My music is always an unfiltered mix of what I perceive. So it always changes through the changes of time.

What are your plans for releases in the future?

Die Orakel is going to release my new EP ‘Mother Earth Took Poison In Her Soil‘ in April.

How have you been aiming to progress your sound further for these releases?

On this release I wanted to bundle the tracks and the style. It is more clubby, there is no voice or pop influences. I think EPs are great platforms for this kind of music or genre.

What do you mean by ‘bundle the tracks and style”? Do you try to connect the different influences in a more condensed manner, or does this mean something else? Why have you decided to do this for this release?

It meant to connect the tracks with themselves a bit more. Wide range is fun but also harder when it comes to bookings. Do I play a regular concert evening or do I play late in the club?

In ‘Mother Earth Took Poison In Her Soil‘ I felt like going in one direction also because of not wanting to float in the in between all the time, maybe also because of wanting to have a safe harbour I can land. I am really excited about the release and very curious how it will work out and if people would notice the changes.

Is there anything else on the horizon that you’d like to draw our attention to?

My new favourite track is ‘Beg For You (feat. Rina Sawayama)‘ by Charli XCX.

Thanks for having me<3