Following a 5-year hiatus from releasing solo material, 2022 proved to be an exceptional year for Swiss production talent Ben Kaczor, resulting in the release of not one, but two full length albums.

Having previously lived in Berlin and Chengdu, Ben Kaczor moved back to Switzerland in 2020 due to the pandemic, enabling him to rekindle life in Basel and develop new music. Self-released in April, ‘Sun Chapter One’ marked Kaczor’s debut album and first new solo material since 2017, 6 tracks of exquisite deep house and taut atmospheric techno.

Trailblazing a sound similar to the Prince of Denmark – Ben Kaczor pricked ears for his deft approach for evoking emotion from the classic deep house formula. After reaching out to Carsten Jost and Lawrence, Ben was invited to remix a track from Jost’s third album ‘La Collectionneuse‘, which subsequently resulted in the release of his second album through Dial in November.

In our interview we learn more about the makings of ‘Petrovo Uho‘ and his summer vacation in Croatia, which became the backbone of inspiration for his latest album. We also discuss his time spent in China, studio antics and what his personal highlights have been for the year. For the occasion Ben delivers a high velocity club mix featuring music from Marcelus, Karenn, Deadbeat & Sa Pa, Sten, plus unreleased gems. 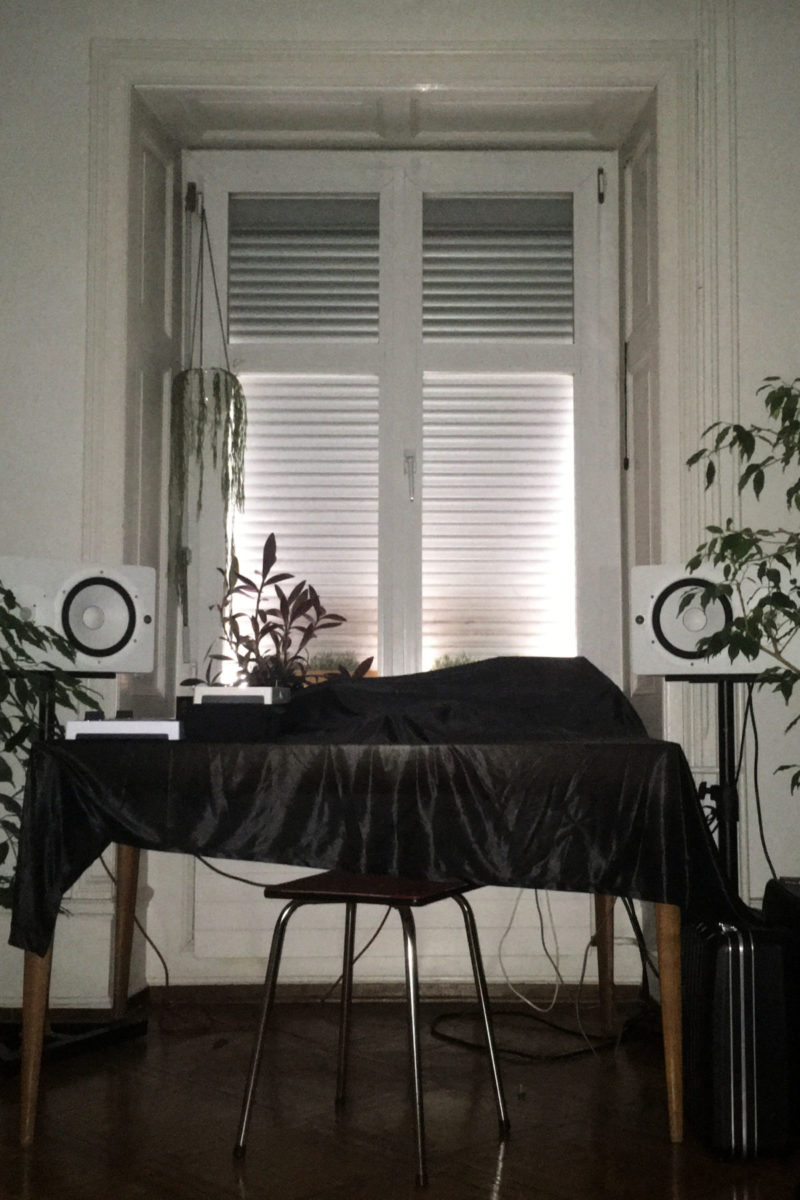 Hi Ben, thank you for taking the time to answer my questions and for contributing this podcast to the IA MIX Series. First up, please tell us about the makings of the mix, how and where was it recorded, the atmosphere you have created and the records you have featured?

I loaded up my USB with tracks that I have been playing out recently, plus some unreleased tracks of mine and from friends, and went to my DJ booth in the living room.

The atmosphere of the mix is me in my living room having lots of fun recording this mix, a feeling that should be translated to that recording. For that matter, I perceive it as important to record mixes in that ‘one-take-way’, even if there might be little small mistakes in it. From my point of view they get to be more alive like this and translate somewhat immediacy of a certain moment.

Congratulations on the release of your new album ‘Petrovo Uho’ – it’s a deep and driving house/techno album that sounds very much at home on Dial. When did the idea of releasing the album on Dial begin?

I got in touch with Lawrence and Carsten Jost after I released my debut album ‘Sun Chapter One‘. I felt so blessed that they liked it. Then Carsten asked me if I would be interested to do a remix for his latest album ‘La Collectionneuse‘.

After we wrote back and forth, I decided to send over some demos of mine. I never expected their reaction would be taking on a such positive and quick initiative towards a release and so everything went pretty smoothly / lucky me!

The album is the result of a summer vacation in Croatia. It’s a truly stunning area of the world boasting crystal clear aquamarine shorelines peppered with craggy rocks and Gothic-Renaissance architecture. I’m intrigued to learn which areas, islands and experiences left a lasting impression on you?

I’ve only been to the Dalmatian south so far, specifically visiting the two islands, Mljet and Korčula. Both were gorgeous. This rough honest nature there was impressive, hard and sharp like the cliffs but yet soft and dreamy like the sounds of chirping or the sound of calm blue along the shore.

On the mainland I was in Dubrovnik, the city is unfortunately very commercial and flooded with tourism, but thanks to my better half I was able to discover local places there too, and have great everyday swims at a very charismatic beach.

In terms of translating experiences into music, how else have you interweaved the Dalmatian coastline into your music?

Through a variety of emotions that resonated with me and my presence there, and a certain connection with Eastern culture is also in my veins. Generally speaking, I think my music is very direct, yet in it, it also shows itself to be vulnerable and sensitive, for me this art is the most accessible to feelings. If you look at the depth and beauty, but also the clarity of the Adriatic sea, I think you might find similarities to the music.

Personally speaking, my top tracks from your album are ‘Odsjaj’, ‘Katamaran’ and ’Neboder’ – by now you’re probably sick of listening to them – but do you have a particular highlight from the album?

Hard to say I’m super happy and I still listen and play them, but I think my two favourite songs are ‘Bura’ and ‘Oluja’. Another highlight apart from the music is that ‘Petrovo Uho’ will be released on vinyl soon. I also like the artwork very much, as visual aesthetics also mean a lot to me and I’m very happy with how Sandro Weber, founder of Atelier Maève, implemented the whole thing graphically with my photography.

Dial is an iconic label for the deeper shades of house and electronic music, fostering a refined and close-knit roster of artists. Looking back at their discography, which artists and releases have enraptured you?

There is so much good stuff, some of the most inspiring albums for me are those from Efdemin, also I very much like the more experimental side that Dial showed with artists like DJ Richard or composer Christian Naujoks. To be honest there is still so much stuff to explore that I am very much looking forward to. I’m extremely proud to become part of their catalogue. Also, artwork wise Dial is probably one of my favourite labels out there.

In regards to the presentation of the album, what’s the story behind the moonlit pontoon on the cover of the album?

The album cover photo was taken during a walk along the sea, I’ve always found these chains of buoys in the dark sea fascinating. Together with the strong moon and the jetty, this scene caught my eye. It was one of those moments where I just knew intuitively that this is an important moment to hold on to. 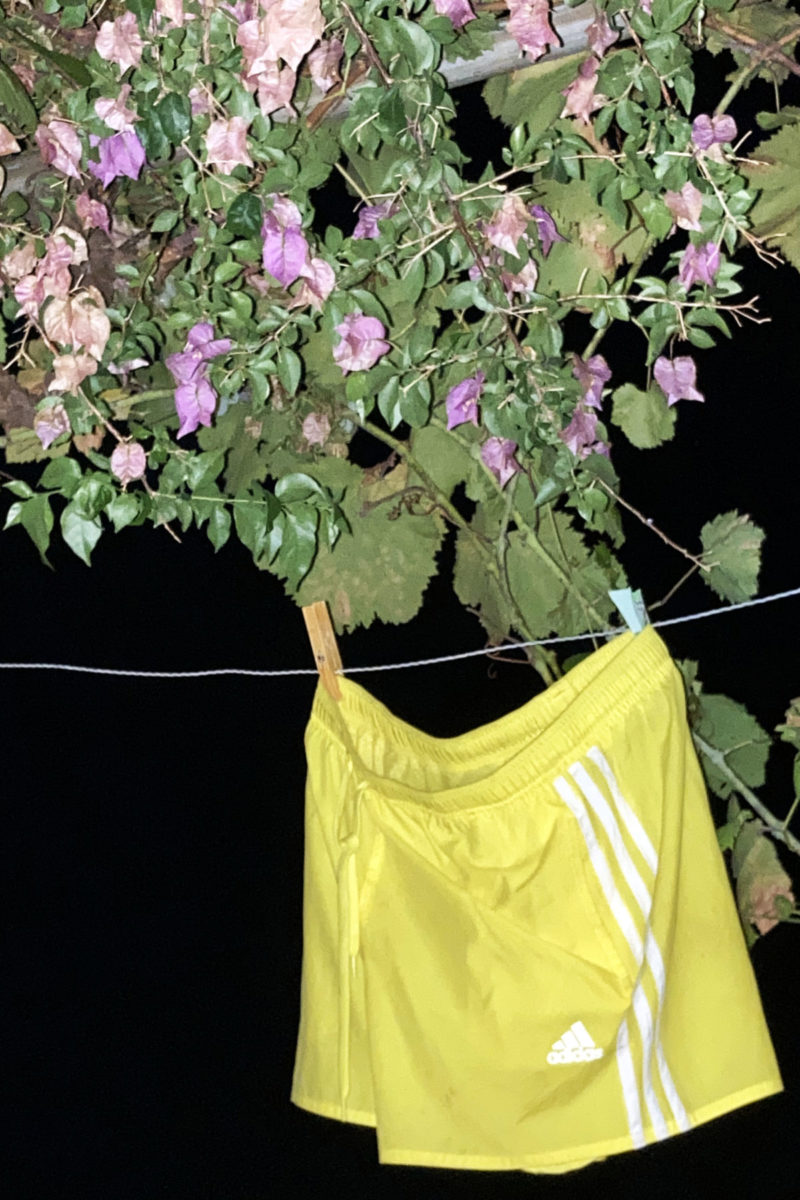 In terms of producing this album, tell me about your studio setup and what instruments you used?

I try to keep my setup as limited as possible, but I’m also addicted to buying gear as I love to produce with my hands on machines. There are three devices I wouldn’t kick out of my studio because I really love them. A Buchla Easel, Dreadbox Abyss and the Op Z for the road.

You’re originally from Switzerland – is Basel still home for you or have you relocated elsewhere?

Basel became my home again, when I was in Asia and Berlin before the pandemic I lost my feet a bit for a while, which was also very nice, but now I’m happy to have Basel as my permanent home again. However, I always like to be somewhere else, I like to see myself as a traveller but I wouldn’t give up my basis for it anymore.

I read that you used to meet up with Michal Turtle every Monday morning to make music – are you still making music together and do you plan to release any of the music?

We’re on a little hiatus at the moment, but we’re still very motivated to keep jamming and will definitely release music at some point. However, there are no direct release plans yet.

Throughout your kinship, a vast amount of musical knowledge must have been exchanged – what would you say Turtle educated and imparted on you?

Above all, Michal Turtle taught me how to improvise and jam freely, to believe in myself even if I had never played an instrument before, with him I was actually always able to improvise and direct my feelings into a free musical path. This experience was very valuable for me.

You recently contributed a punchy remix of LB Honne for Swiss imprint Vorgott and in June, you also performed for Project Indigo in Basel – it appears that the deep house scene is alive and well in Basel – tell us more about the local scene and what labels, clubs, record stores, local hangouts are worth checking out?

Yes, it’s alive, there aren’t very many playing this kind of 4/4 atmospheric dance music at the moment but I hope and also think that soon more people will play and produce this kind of deep house / dub-techno. I am very happy to connect with people like the Project Indigo crew and organise things together.

In terms of clubs, we are well served in Basel, we have two clubs with an international reach, one the Nordstern and the other Elysia. I often play at Elysia, the facility and the bookings there are of a really high standard. Then there are smaller places where you can play much more experimentally, such as the Renée Bar or the Bar Zum Glodenen Fass. A medium-sized club is Bar Rounie, I can invite people there from time to time and what I particularly appreciate about the place is the diversity of the booking.

For concerts, we have cultural venues such as the Kaffe Hirschi, Kaschemme or the Kaserne Basel, where the Polyphon Festival also takes place every year. All in all, Basel is a stronghold of culture, not only in music but also in the art world – Basel is on top.

When it comes to record shops, I can highly recommend Plattphon Records – I think they have the largest selection of experimental electronic music in Switzerland. The founder Michi Zuagg also organised many interesting experimental live concerts in his former location called “Wurm”. From Spring there will also be weekly DJ sessions in the record store a concept that I think is really great because such a regular event brings the local scene closer together and promotes exchange.

You used to work as a booker for Chinese club TAG. Can you tell me more about the vibe of the space and what artists you brought into the club?

There are places that just have a vibe that is 100% tailored to create a party atmosphere that otherwise could not be artificially created & TAG in Chengdu had that kind of magic. For me it was totally different because everything was new, the people, the language, the food, the culture etc. I can only say for myself that I have rarely experienced a place and people who spread so much love on the dance floor.

Upon reflection, how did you manage to steer the effects of the pandemic on your creativity?

During this strange and in many regards difficult period, I was able to take time out to rebuild my foundation in Basel. Although I worked in the supermarket at first, I was then supported by the cultural initiative of the city of Basel. Many artists in Switzerland were fortunately subjected to cultural funding.

Since we’re approaching the end of the year, what have been your highlights?

My highlights were all of the gigs at Elysia in Basel and my extended set with Carsten Jost at Golden Pudel in Hamburg, plus a live concert with my friend Niculin Baradun at the Wasser Kirche in Zurich.

Then the two albums that were released this year and the reaction to them <3. I also started to produce music for films and might be working together with super talented people like Dirk Koy and Lucie Schrag. Personally I was also able to face some of my fears and I am grateful that I was able to start studying sound arts.

‘Petrovo Uho’ is scheduled for release 18 November via Dial. Order a copy from Bandcamp.