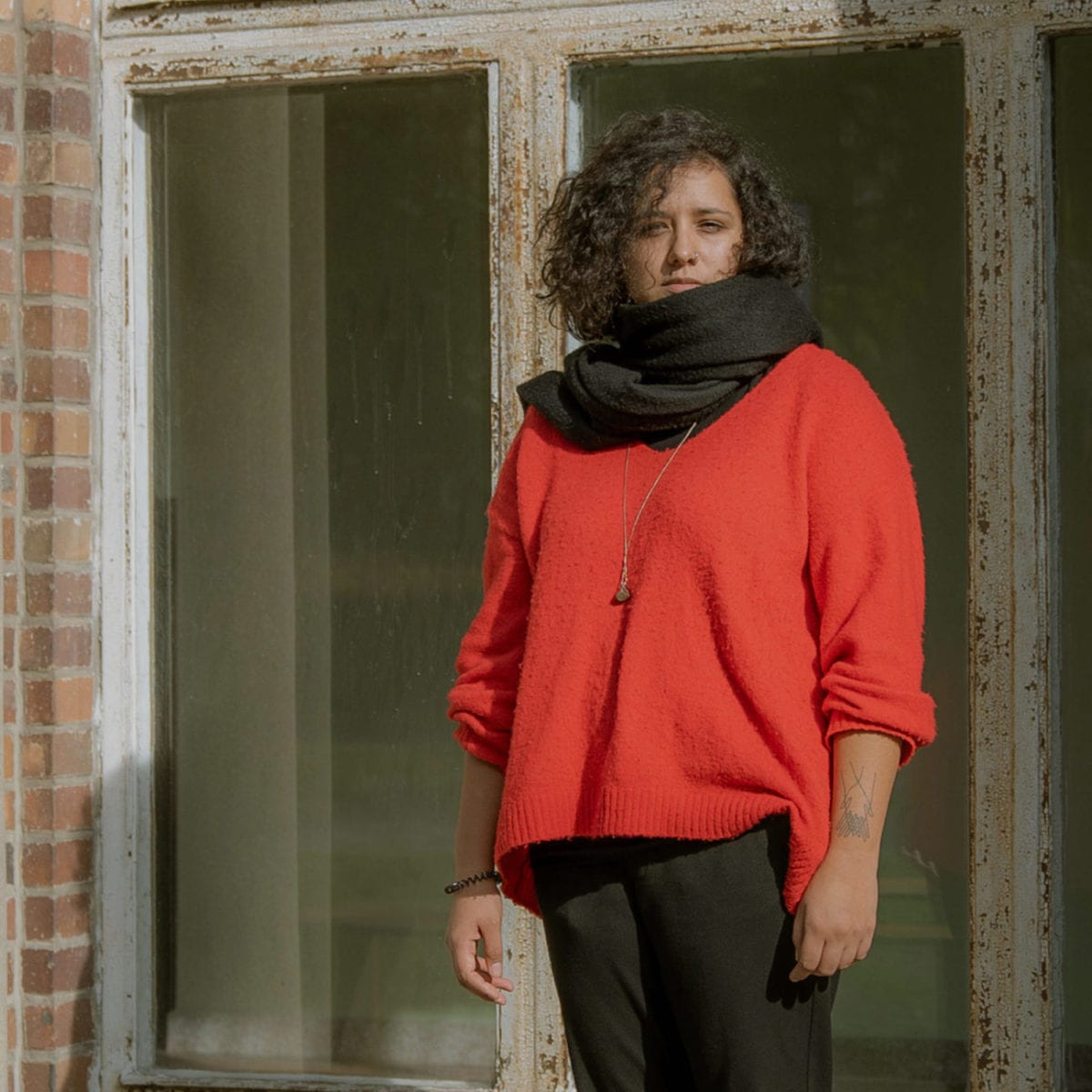 A well-known figure in Lisbon’s ever effervescent underground scene, Portuguese DJ and producer Caroline Lethô has established as one of the country’s most dextrous groove slingers, throwing deep house, acid, disco, rock, EBM, IDM, UK Garage and some of the most innovative techno out there back to back for a sustained wrestle on the dancefloor.

In parallel to her acclaimed DJ sets and various radio shows Caroline keeps on honing her own productions, and after a pair of contributions to compilations by local labels Labareda and Extended Records, her debut EP shall eventually hit the streets in 2019.

Clocking in at number 292 in our podcast series, Caroline dishes out a pulsating mix of laser-guided breaks, droney tech vibrations, 303-marinated electro and further leftfield-leaning oddities. To find out more about her craft and aspirations, we sat back and had a chat with the lady, who opens up on her first steps in the world of electronic music, the Lisbon scene and current projects. 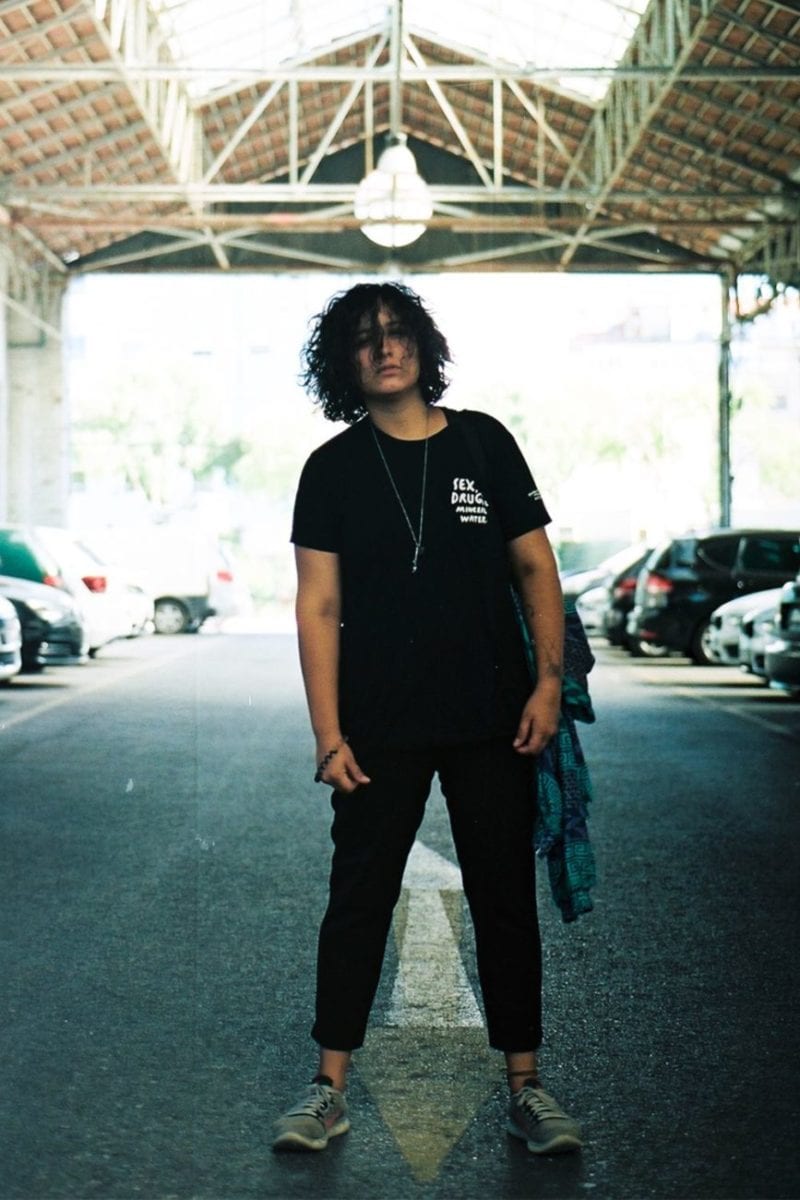 Hey Caroline, thanks for this banging mix! Please tell us more about it, when and how was it recorded?

Hey! Thank you guys for presenting it. This mix was recorded at Radio Quantica’s studio, a couple days before I left for RBMA in Berlin, late September.

Is this mix reflective of the stuff you usually play in the club?

I would say it’s a bit more explorative than if I were playing at a party (laughs), but yeah I can definitely see me playing this in a club.

To those not familiar with your work yet, you’re a DJ and producer based out of Lisbon, Portugal, and you notably host an excellent radio show called String Theory over at Radio Quantica. What first got you into the world of electronic music?

It was a natural evolution for me I feel… I played bass for a long time in blues and jazz bands in my hometown of Faro back in the days, and eventually I started exploring other types of music and got into electronic music with some friends and I started DJing at drum and bass parties and also got into producing very naturally.

Eventually I wanted more and started to study electronic music in Lisbon. I started releasing music on Portuguese labels and started DJing around Lisbon. In late 2017 Laura and On Board music appeared in my life and I started playing outside of Portugal. Also I just had the amazing experience of being part of Red Bull Music Academy this year and that was really life-changing.

Your sound spans a broad range of styles – from deep house to acid, through disco, rock, EBM, IDM, UK Garage and techno. Did you grow up in a music-loving family, or was it more of an individual learning process for you?

Yeah, well… as long as I can remember there was music around me. From an early age listening to my dad playing saxophone, to playing bass, onto being super hooked by MTV (laughs). But the people who actually got me into electronic music and all those different styles were mostly friends. I loved spending hours exchanging music discoveries. It’s still a thing that I love to do.

Tell us more about the show? What is the main concept behind String Theory?

For three years it’s been the place where I could share my latest discoveries and addictions with the world wide web. The concept was actually “no strings attached”, so no genre limitations, no rules, no nothing, just music that I liked.

Now actually String Theory has come to a natural end and was transformed into Intera’s show, my collective with Telma, a platform for us to share the music of new, lesser-known artists that we love. We started this project almost a year ago and to celebrate that, we are going to release a compilation with some of our favourite Portuguese producers, so keep your eyes peeled!

You’re mainly known for your DJ sets but also released a couple tracks on local labels Labareda and Extended Records. Do you ever contemplate the idea of putting together a first EP of your own?

Yes, I’m actually working on that. On two EPs actually, one of my own and one featuring collaborations. And there are more tracks scheduled to come out on Portuguese compilations soon.

It’s no mystery the Lisbon scene brims with talents. Which emerging artist(s) should we keep an eye on?

There are so many that it’s hard to give just a few; a lot of collectives as well are doing a very good job in shaking up the Lisbon scene… It’s actually hard to keep up with everything, but I would invite you to keep an eye on Telma, Ketia, Marum…

Where do you like to hang out in town? Any advices as to what places (club, record store, bar, park, shop…) our readers should visit when they’re in Lisbon?

I just moved to the other side of the river, Cacilhas, mainly to flee Lisbon because it’s getting super overloaded with tourists. Still I would say that my favourite part to hang out in the city is Anjos/Intendente, some miradouros nearby, grab a beer in the sun… eat in a Nepalese restaurant and go check Desterro on a Wednesday night for Desterronics.

I don’t have a habit of going to record shops and the last thing I bought in one was a synth: the Volca Keys.

What make you happy?

The little things, the little details in life, in music, in people, places… also food normally does the job.

Where can we find you at New Year?

Lux, Ministerium… and maybe some special house party for NYE.