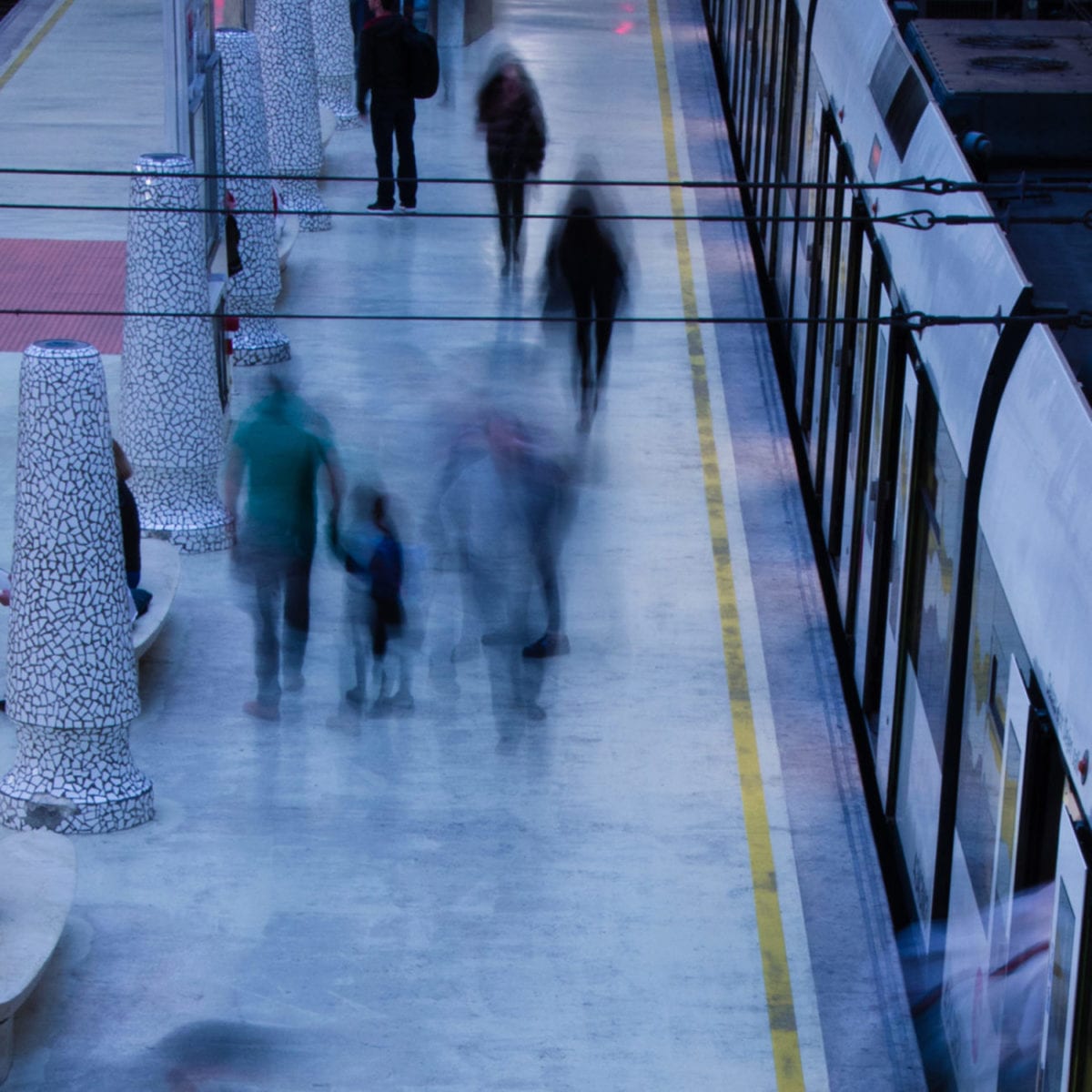 Even though his debut release landed in 2016, Valencian producer Pépe, real name Jose Bernat, isn’t what you can call a rookie anymore. Having broke through in the European house scene at the speed of light, stacking up a solid string of releases on the likes of Lobster Theremin, Anti Skate, Renascence, In Records and more, Pépe has established himself as one of the heralds of a new wave of Spanish talents that aim to conquer clubs and festivals with unique pizzazz, steadily picking his way into the legacy of a city better known for its late ’80s-early ’90s techno scene.

Stepping up in our podcast series today, Pépe presents a mix that defies rhythmic linearity to explore further broken-beat friendly and deeper electronic realms. The result is a serious trip for the body and mind, sure to bring some welcome warmth in these days of cold and wet. We also seized the occasion to sit back with Jose and discuss current affairs, politics beyond dance music, teenage musical epiphanies, as well as his relationship with his beloved home city of Valencia. Tune in and let Pépe’s Midas touch work its magic. Vibes galore. 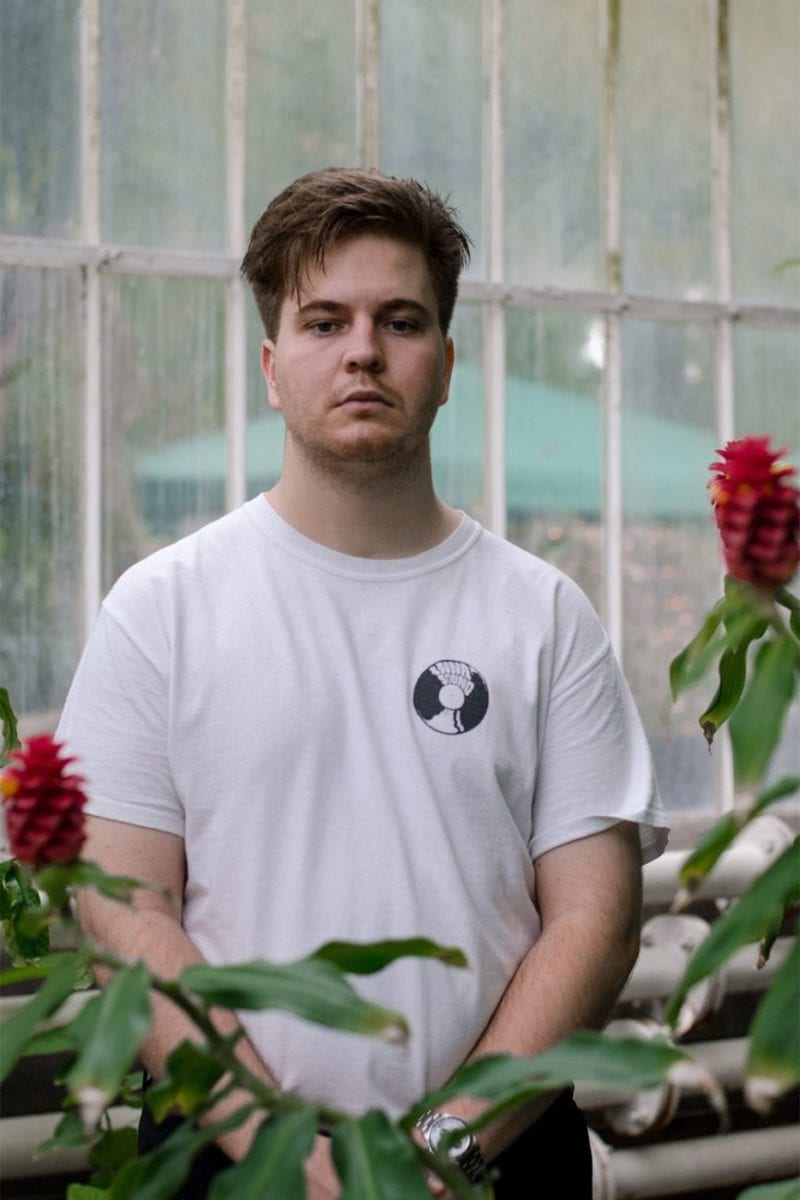 Hey man, thanks for this lushly layered, multi-flavoured mix, it’s been on heavy rotation here and will sure help keep us warm through the chill of… winter… erm, sorry, autumn for a while! Can you tell us more about it? When and how was it recorded?

Hi! My pleasure. The mix was recorded at the end of the summer in my studio outside Valencia. I wanted to make an effort for the whole of it to be composed of more “broken” beats. Sometimes it’s nice to listen to something that is very cohesive and repetitive, but for this mix I wanted to bring out stark contrast.

It’s got a very chill intro with a big portion of the live version of Pat Metheny’s ‘As Falls Wichita‘ to really set the mood, then things shift into higher gear with some Minor Science, and the journey continues. The setup is two vinyl turntables and a rotary mixer, can’t get simpler than that!

To those not familiar with your work yet, you’re a young house and electronic producer hailing from Valencia, Spain, and already have quite a solid string of releases under your belt, including 12″s for Lobster Theremin, Renascence, In Records, Deep Sea Frequency and Anti Skate, but let’s rewind to your beginnings in the world of dance music. How was your love for electronic music born?

I guess before I had actual reasoning and critical thinking of the music I was consuming, my first endeavours into electronic music must have been all that late 2000’s super glossy liquid DnB, and all the UK YouTube channels posting very questionable Dubstep. Stuff that was definitely not mainstream EDM per se, but treaded a fine line between the underground and pop literally (all the pre-Skrillex era et al.)

I mean, to a kid around the age of 12-14, this super “epic” music really pulls some sort of emotional response. Luckily this was over for me soon and a great gateway into music that was a bit more cultivated.

What did engage you into music production in the first place?

I can’t remember why I decided to open up Garageband on that fateful day. I remember before I wanted to make music I had seen the App on my dad’s computer and played with it, and I thought it was mind-blowing that all these sounds could come from computers. But then listening to Burial or James Blake really made me question “how the hell do they make these sounds?”

What’s next on your slate? Do you have new releases lined up you could tell us about yet?

I don’t want to be too secretive, but yeah, there’s tons of stuff on the way! My next outing will be an edit that will come out on the online publication of a DJ I massively respect. I’ve already got dates for ‘Linda’s Retreat‘ to come out on a wonderful compilation in the next few months, alongside an EP of entirely unveiled material that I will be announcing shortly in the future. Keep your eyes peeled.

Do you ever contemplate the idea of taking the leap towards the full-length vinyl format?

Well, I already have 2 “LPs” out, and I have always appreciated the full length. I think now that there’s a bigger audience looking at what I do, and that I’ve grown as an artist, I’d like the next long player to be something that is important to people, something seminal and very well crafted. I’ve been working on concepts and demos, so maybe sooner than we think there’ll be a third album.

Back to your city, Valencia, which has a very strong musical legacy, especially known for its legendary techno scene. How do you like it? What are the pros and cons with living in Valencia when you’re a house/techno musician or music lover today?

Well, I find Valencia extremely inspiring, it has an aura and a light that I’ve not seen in many other places, and the advantage of the weather and the cheap prices over here make you a lot less worried over life stuff, which definitely frees up space for creative endeavours.

It’s tough to experiment or advance here though, this comfortable mindset puts you in the opposite mindset of creativity and I find a lot of artists over here have a quite insular behaviour. In a way, a lot of DJs and producers in the city care for each other but having such a closed pool doesn’t allow a lot of variety, so some parties and labels become a bit stale, the formula works in Valencia but anyone external to it might not feel welcome, and people looking for different things are often rejected or simply out of options. It’s a fun challenge to meet people who want to change this though, and when you do meet these people they are an incredible bunch. 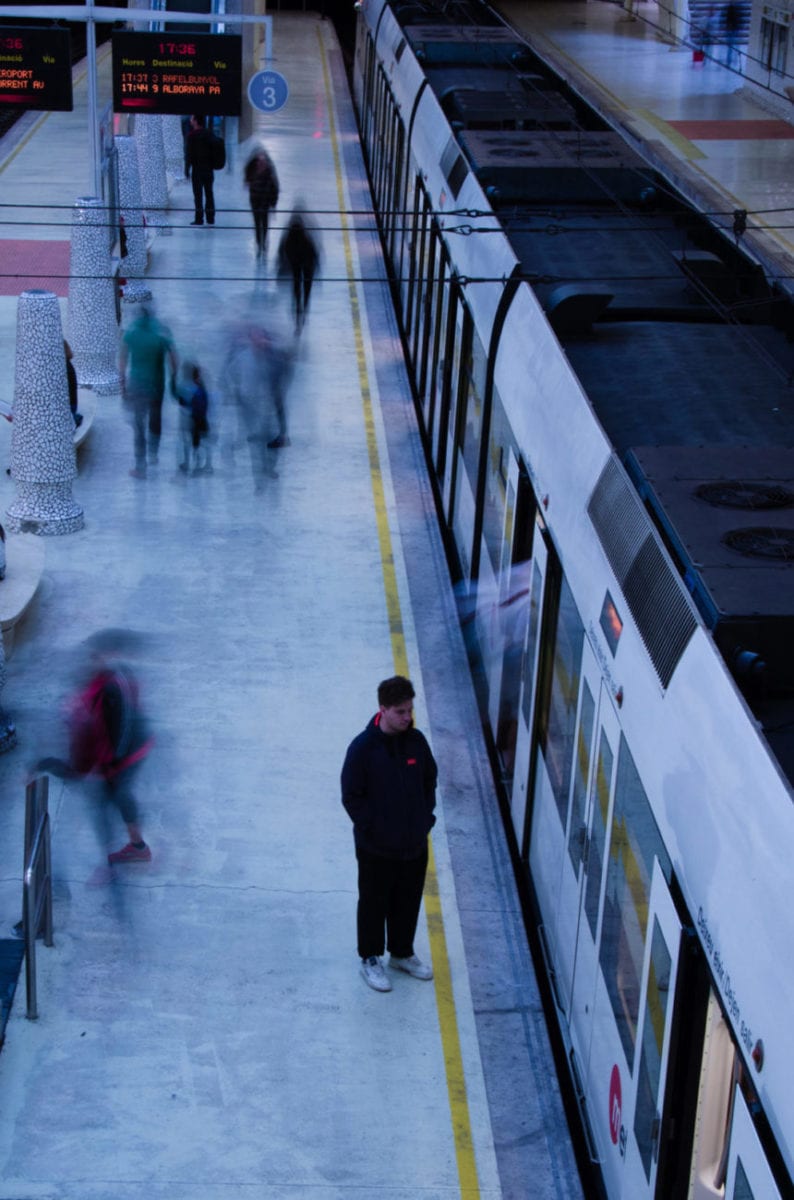 The beach is great and you can go almost all year, even swim in it quite late in October some years. A biased view, but the north side (my side) of the city has some great areas. My friends and I have been spending a lot of time around Benimaclet, a sort of student area with cheap bars and old houses that make it seem like you’re in a village. Any of the cities gardens or parks. Alboraya, where my studio is, is surrounded by fields and is really close to the sea. To be honest, there’s very little of Valencia I don’t enjoy hanging out in.

Where do you usually draw your inspiration?

I like to think of myself as quite an impressionist. I like big areas, landscapes, nature, any area with bodies of water and plants, but also machinery and architecture. I like movies where I don’t really pay attention to the plot and can just “look” at them.

I’ll often write music that tries to convey the aesthetic of a film. ‘Maniac‘ was the last thing I watched, and regardless of the plot, the setup of the labs with the pink and purple lighting was really inspiring. People are also a great thing to write about. Inspiring lectures, interviews, conversations…

In addition to this, I try to make my music political as well. The meaning behind these “soundscapes” is often connected to problems they might have. A song about nature might be pushed by a fear of climate change, a song about space might be about my worries of colonisation and a song about an artist might be about their political motivations. It’s a form of subtle indirect awareness that I try to reflect on my music.

Last time we had a chat you mentioned the influence of Mount Kimbie and Jon Hopkins in your teen years. Which artist(s) has/have made the biggest impression on you lately and why?

If I had to pick, I’d go for Iglooghost, since he’s had a stellar series of releases, and I think he’s one of the most talented producers out there. Almost no one I’ve heard of can pull off the level of detail, craziness and juxtaposition of genres that he can pull off.

Youandewan’s album ‘There Is No Right Time‘ is stellar and I often find myself having to delete entire projects when I realise I’m just re-making one of his songs.

Finally Björk. She’s always been around me musically speaking, but recently it’s the only thing I can listen to after a particularly stressful day, or a loud gig. Her capacity to invoke auras and to portray humans is immense.

I’m massively sad that I’ve not had time to visit a record store in ages! I always enjoy doing it when touring but my scheduling these months has made it impossible so I’m gonna use this answer to give a shoutout to The Middle Floor in Brighton, who always provided me with amazing music.

What does usually make you happy?

What does never fail at pissing you off?

People who are rude to flight staff, or any person working in service for that same matter.

What will you be up to in the next weeks?

I have a couple weeks off touring, so I’m going to be writing more music, seeing my friends, and just sleeping well again!