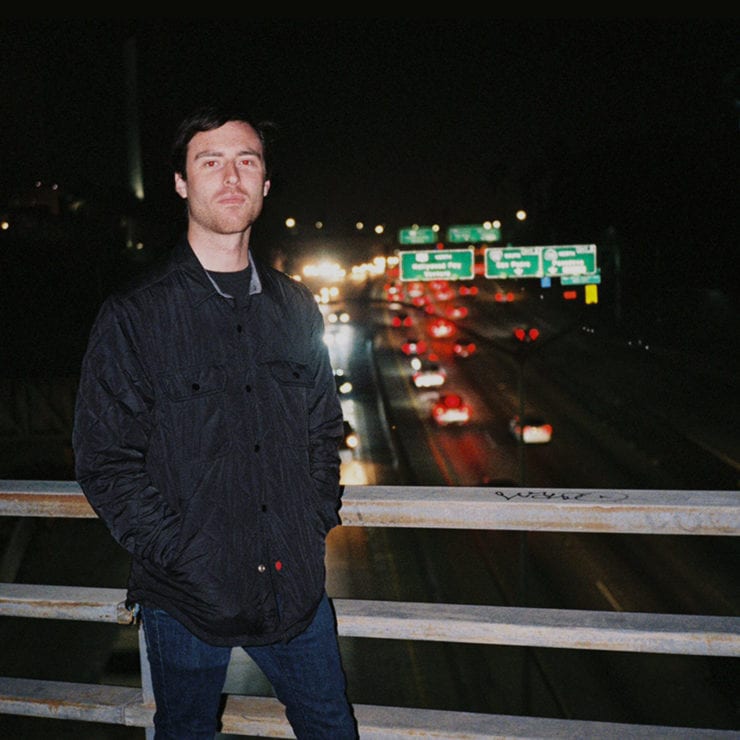 After years of steady skills-honing and tireless dedication to his craft, from small parties in local warehouses to his radio show on Dublab, 2019 is scheduled to be the year of consecration for US producer Cooper Saver.

With an array of releases for some of the finest labels out there due to hit the streets in the coming months – including EPs on Permanent Vacation, ESP Institute, Hivern Discs, Biologic and Prins Thomas’ Internasjonal, it’s safe to say the LA-based DJ and producer is putting on a great spread and shall make big waves across the pond.

Hot on the heels of US house hero Levon Vincent, Cooper Saver shows the width of his mixing savoir faire, adroitly manoeuvring in between the lines – from stealth late-nighters to old-school house shufflers, through breaksy electroid eruptions, tribal rhythms and laid-back vintage acideries. Charged with more heat than a blazing convector, this one is perfect for keeping up with spring equinox fluxes and shifts. 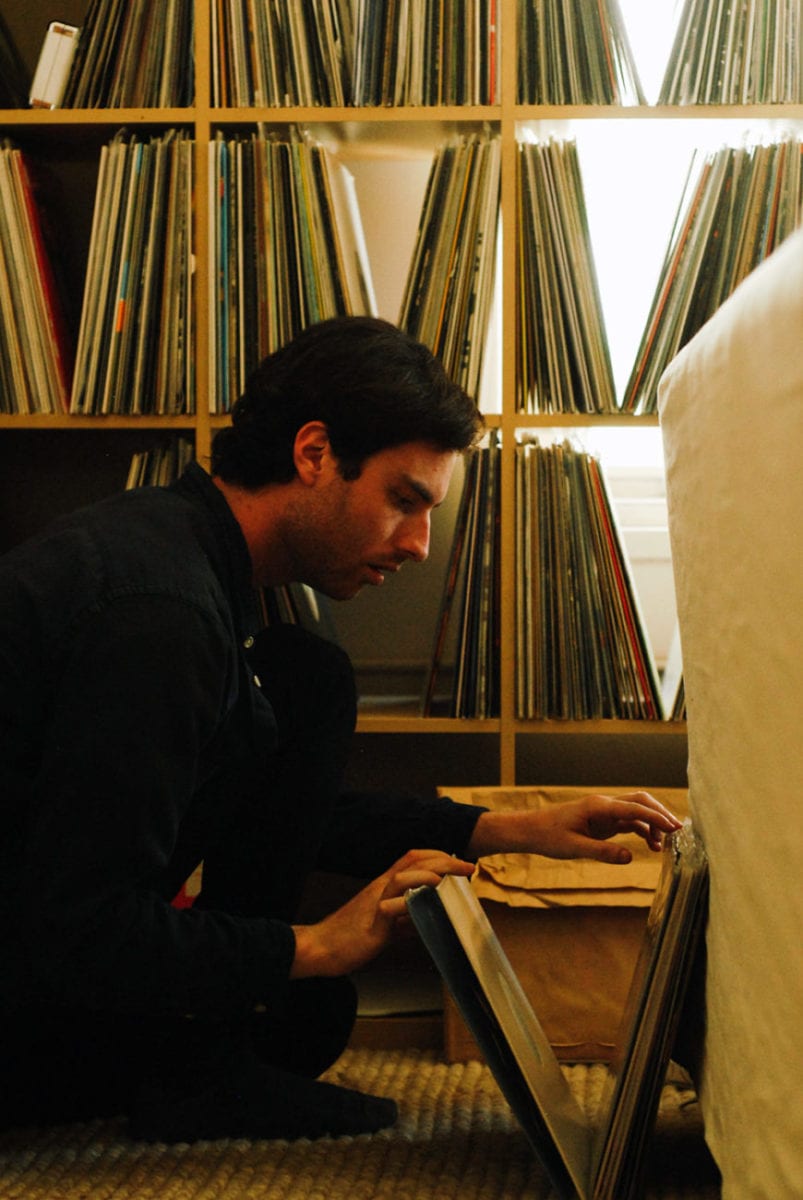 Hey Cooper, thanks for providing us with that all-out vibin’, deep and groovy mix; it feels cut and tailored for the warmer days ahead! Please tell us more about it – how and when was it recorded?

Thanks for having me. It was recorded here at home in January on a couple CDJs and Technics, and then lightly polished off in Ableton. We’ve had a couple months of gloomy weather and rain, which is kind of a rarity for LA – and I think that helped me get into a more creative and interesting head space to record a mix.

To those not familiar with your person and music yet, you’re a LA-based DJ and producer whose sound is a finespun melange of lush organic textures and enticing house rhythms. How did you come to music production in the first place and what inspired you to take this melodic path?

I’ve been DJing for a lot longer than I’ve been making music – I started making frequent mixtapes and playing out toward the end of high school in 2009. Production came a bit later, but with that being said, I already knew what worked for me on the dancefloor just from having a few years of DJ experience behind me. I’ve always been drawn to melodic elements and it’s just what comes naturally to me.

Would you say music was a calling for you?

I’d say so. I grew up listening to music and from a very young age I’ve been deeply consumed and fascinated by music – it’s an obsession for sure. I always knew I wanted a life in music, I was planning on becoming a music journalist before DJing and throwing events became more of a semi-sustainable option for me. So either way, I was determined to make something work revolving around music and I still am today.

Without revealing too much of what 2019 holds for you, it’s safe to say this year shall be a big one for you; the kind that alters life and habits for good. How do you approach the idea of getting booked more often and traveling nonstop? Emerging artists sometimes take such changes a bit lightly, as they’re too busy feeling the euphoria of success…

Things have come at a comfortable pace for me, so it’s been a smooth transition into a slightly busier lifestyle. I take things one day at a time, and am super grateful for every opportunity I’ve been lucky to have.

I’m not at a point where I’m feeling tons of pressure and everything is easily managed – if things pick up a bit more I feel like I’ll be ready for it. The travel thing can be a bit overwhelming sometimes but my touring is still a bit sporadic so it never feels like there’s too much on a plate for now. Having a balance is important to me.

You’re about to start touring Europe. What do you expect from these gigs?

I’ve been touring Europe since 2014, but I guess I’ve been a bit under the radar up until the last year or so. I organised the first few trips myself with the help of a few friends, playing for whoever would have me and crashing on people’s couches – it was a totally DIY thing.

Now things are a bit more “legitimate” and I’m fortunate to be playing some well established venues and parties, which is still quite new for me overseas. I’m expecting to have a fun time, catch up with old friends, and make some new ones.

I have EPs coming out on Permanent Vacation and Internasjonal soon, alongside a couple things for Hivern Discs and ESP Institute. I also have some remixes in the pipeline.

In terms of studio means and processes, do you belong to the analogue head category, or is it only the output that matters?

The output is all that matters, of course. Whatever works for you is always best. I use a mix of analogue gear and VSTs / plugins. 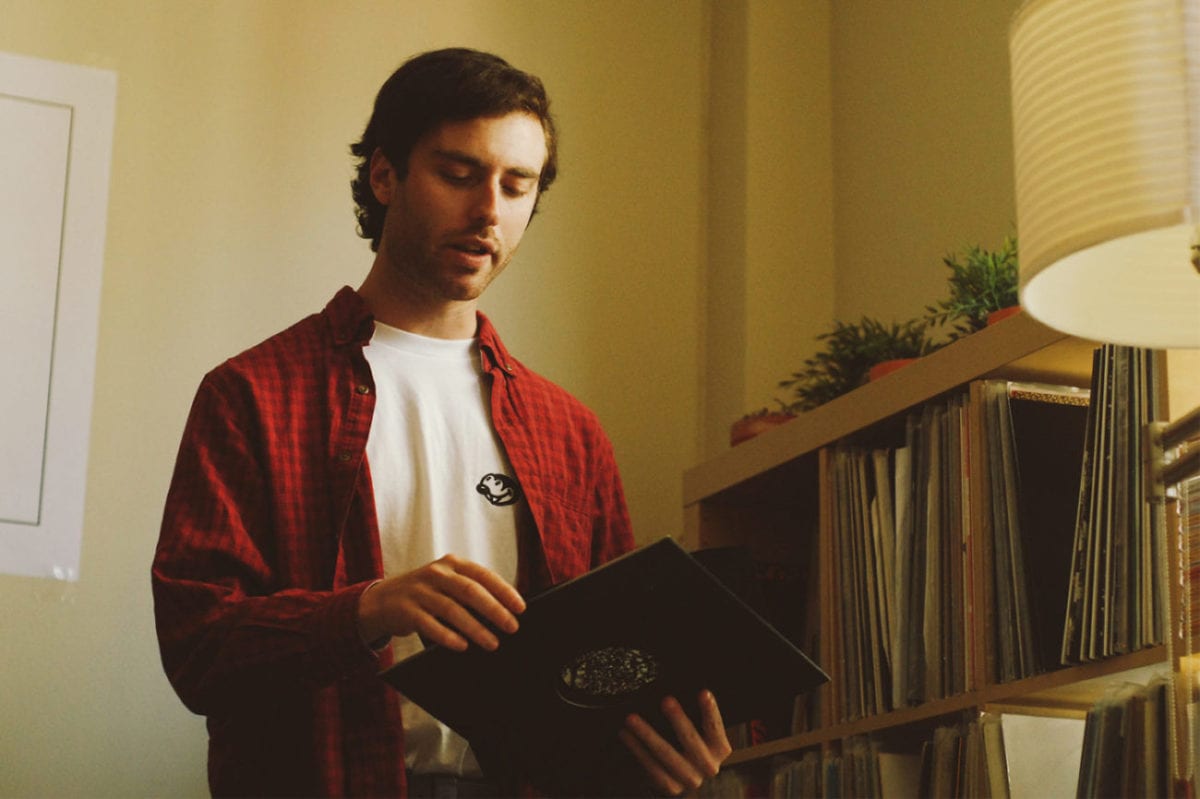 What’s your studio currently comprised of? Any piece of equipment you’d never get rid of?

My current setup consists of a Roland Juno 106, Novation Bass Station II, Behringer Neutron Modular + Arturia Keystep. For FX, I have a DeltaLab Effectron II, RE-20 Space Echo pedal, and a Korg Monotron.

Everything else is inside Ableton, I use a lot of the Max for Live stuff alongside a variety of virtual instruments and drum machine + percussion samples I’ve been collecting.

I get a lot of use out of everything I have, since my setup is quite minimal. But I will say the Novation synth was a game changer for me and I use it on almost everything – it would be hard to get rid of it.

As mentioned above, you operate out of LA, which is undeniably a special city and oozes equally rich and inspirational vibes. Are you particularly permeable to your environment, creatively speaking? If so, how does it inflect your approach to production and DJing?

Yes and no. I can’t deny that the general atmosphere of life in LA plays a role in my creative process. There’s something to be said about the weather and pace of things. Going back to talking about melodic music, I think the environment of LA is part of that influence.

There’s a thriving after-hours scene here in LA where parties take place in warehouses and unconventional DIY spaces – having been able to find myself in these settings has helped me grow as a DJ in ways that I’m not sure could have happened elsewhere. There’s a special energy that comes with these types of events that I really appreciate and find, shown me what’s really possible with music.

So in that regard, I’m definitely a product of my city. But at the same time, I’ve also gained priceless knowledge and skills from playing in different countries and I always come home inspired from touring. I think I’m all about the combination of both.

How’s the artistic emulation like over there? Is the LA underground electronic scene a tight-knit network of people, or is it sometimes complicated to reach out and share ideas and projects/set up collaborations with other musicians?

It’s a little bit of both. It’s a huge city, very much a sprawl. But for the most part, everyone is well connected with each other and most of the parties happen in the same area, so you meet people quite easily. It’s a healthy scene for sure – of course there will always be work to improve on, but I think it’s a thriving place and there are always exciting collaborations happening.

Time with friends and family. Being outside.

When I’m bored and spend too much time scrolling Twitter.

I was at Amoeba fairly recently and grabbed a copy of Weird Weather’s “Leather Chair” EP on Going Good – highly recommended!

I’m staying home and getting music prepared for touring Europe in April. Nothing going on until I leave. Enjoying some peace and quiet until then, can’t complain.