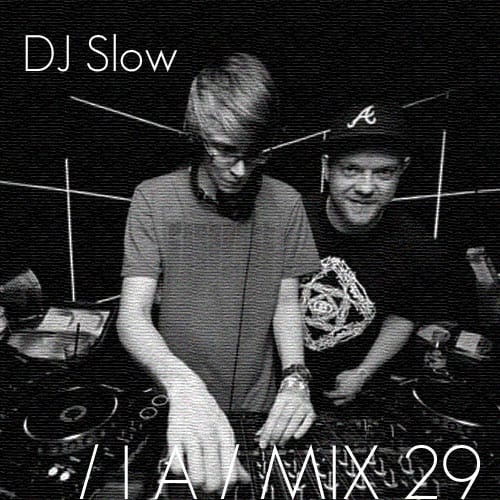 Pelican Fly has in a relatively short time become a crucial source for hype tracks designed for dancefloor annihilation. Their first two releases showcased some of the most forward-thinking sounds and producers, combining grime, funky and dubstep influences with mega-doses of crunk, hyphy, and ghettotech.

The label itself was founded in 2011 by DJ Slow and Richelle and with releases from Richelle, Mister Tweeks and Melbourne based crunk master Lucid, it’s already harnessing recognition throughout the industry, there’s no doubt that this Belgium imprint is harvesting a very promising and reputable crop of talent.

Pelican Fly are focused on releasing and promoting the music that they love. Whether it’s car and club bangers or more intimate pieces of music, it’s all about the fountain of vibes that they release. We caught up with Pelican Fly’s co-founder DJ Slow AKA Thomas Duval to find out more about the label and their vision for the future. His mix features an array of unreleased tracks from Pelican Fly, so listen up!

Please can you introduce yourself to our readers and tell us where you’re from what you’re currently up to?

Hello, my name is Thomas and I was born and currently live in Brussels, I’m on holiday right now so I get to listen to music and hang out with friends all day.

Before you established the imprint what did you used to do (as a job)?

I’m actually still working a regular office job in Brussels, so it’s not always easy to manage everything at the same time but I can’t complain, so far!

What events led up to you setting up the label?

Richelle, one of the founding members and artists of the label has been making tracks for a few years now and being a huge fan, I always knew that some day it would reach a level where we couldn’t just let these tracks sit on some hard drive somewhere.

When he started to work on “Mascotte” I think we both instantly had the same idea: to found our own label to release our vision of ideal club music, something that we were dreaming of doing for years but never felt right until then.

It was also very important to have our best friends with us in the label from the start, and we couldn’t have done it without them either : Bamboologie, BBO, Guy Delastation, Jean Louis Narcomediavision and Mister Tweeks.

What’s the story behind the name and logo for ‘Pelican Fly’?

We used to make mixes under the moniker “Myninecanpiss”, these mixes were mostly made by Richelle and I, even though we already knew all the guys from the label, who were all working on different projects at the time too.

The Pelican references quickly became frequent in the artworks as well as in some of the mixes titles or samples, so when we were looking for a name for the label it became obvious that it was the name we were looking for. We also like the fact that “Pelican Fly” is a state of mind, and not something material.

The logo is a bit of an inside joke but we wanted it to be really simple and with the idea of something that has already happened and also the concept of “being outside of the cage”. It was hand-drawn by Richelle, who also handles all the graphics for the label.

What’s are your musical roots? What music were you into during your childhood and what are you currently listening to?

I was raised in a family where music has always been very important so I’m really lucky and thankful for that. My music taste has always been broad but to keep it short I’d say that my biggest influences whilst being a teenager in Belgium in the late 90’s were off course Daft Punk, hose music and everything that came after, and in parallel I was a huge fan of rap and the arrival of Timbaland, Swizz Beats and the Neptunes around that time was a big revolution for me as well.

Currently, I’m still listening to a lot of rap and urban music in general, mainly from the United States and the south in particular, but also to a lot of demos for the label (obviously) and a lot of club music from around the world. Here are some of the artists I’ve been listen to the most recently (hope I don’t forget anyone !!) :

What is Pelican Fly’s label mission and do you see this evolving in time?

To promote and release the music that we love and live for. Objectively, it can be described as club music influenced by different regional genres and with the common characteristic of being influenced at some level by urban culture and / or music.

I don’t see this evolving with time, but I think the label will of course evolve with the artists involved as it’s really a two way process every time.

Being such a newly established label, what are you doing to make people sit up and listen and appreciate your output?

Well, I hope that the reason why people got interested in the label is mainly the quality of the music in itself and I believe that this should be every label’s main concern, but of course promotion is a very important aspect and I think word to mouth is one of the emest (and cheapest) ways to get yourself known.

Currently you are releasing new records every other month. What artists are set for forthcoming releases on Pelican Fly?

Next up is the second EP by Richelle, called “On The Track EP” which I can’t wait to release as it’s really some of my favourite material from him to date!

Later in the fall, we’ll have Mister Tweeks second EP, a” Sam Tiba EP” and there are quite a few other projects for the end of the year but it’s not 100% confirmed yet.

When can we expect Pelican Fly to have a label showcase in London?

Well I would really love to do one soon as London is one of my favorite cities in the world!

The next Pelican Fly showcase outside of Belgium will be the 27th august at Razzmatazz, Barcelona, so be sure to come see us if you are in that area around that time !

What was your inspiration behind the artwork and mix you have recorded for IA?

The artwork is a photography taken at the very first official Pelican Fly showcase at Social Club in Paris back in february 2011 (much love to Bazzerk crew for inviting us). It features myself and Mister Tweeks as we were both mixing that night.

For this mix, I wanted to include a number of Pelican Fly tracks, released and unreleased, but also I wanted it to reflect what I listen and play currently like Jersey Club which has been unstoppable these last few months, and also one of my favorite rap track of 2011 so far “Bossed Up” made by two of my favorite rappers ever and definitely one of the best couple to emerge in rap music history : Soulja Boy and Diamond (of Crime Mob fame). It was mixed late at night at the Duval House in one take unedited.

I don’t know if it’s considered as words of wisdom per se but I wanna say shout outs to everyone who supported Pelican Fly so far, we really appreciate your support so much, shout outs to all the day one geeks who are so hard on us (for the best !!) and of course to the dancers in particular.