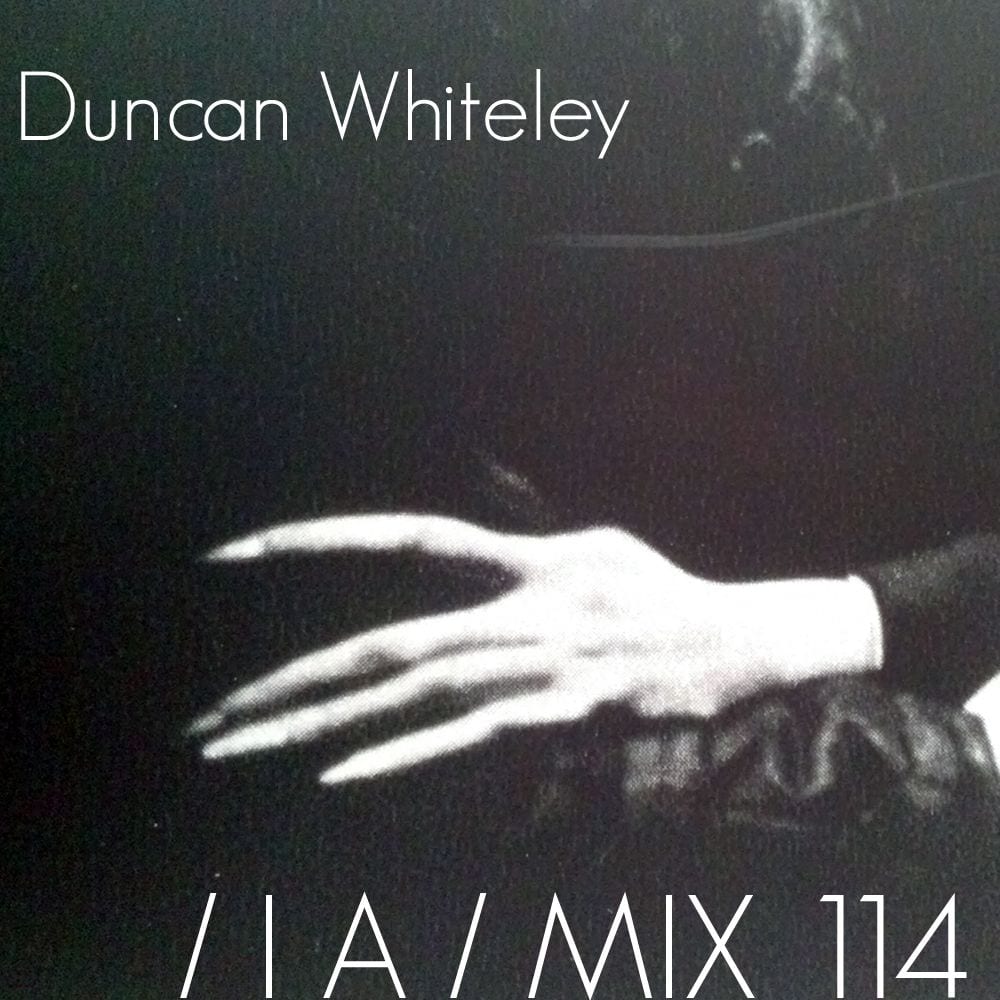 Duncan Whiteley is the production moniker of Alex Oxley, a music producer and DJ originally from the north of England, who recently made the move from London to Los Angeles.

Under the guise of Duncan Whiteley, Alex explores the more rugged landscapes of electronic music, a symbiosis of noise, techno and electronica. Alex is also on the cusp of launching a record label and artist management company called “Reinhardt Tapes” where he will be releasing Duncan Whiteley collaborations and solo work.

We caught up with Alex ahead of his performance at the Werkdiscs night in LA with Actress and Evian Christ on Saturday 28th September to discuss the LA electronic music scene and his visions for “Reinhardt Tapes“. His mix features music from Clouds, Special Request, Untold, Two Lone Swordsmen, Call Super and Clark.

Please can you introduce yourself. Tell us about this Duncan Whiteley character and the music that you make?

Duncan Whiteley is a project that I developed whilst living in Berlin around 2006. It is a different part of my musical makeup and influence, a place for experimentation where I can explore and test concepts for music and art.

Until early this year the project was near dormant, I had to more or less shelve due to other commitments but it felt like the right time to try out some ideas I had on the back burner. I am also in the process of launching a record label Reinhardt Tapes, which aside from the other music I have scheduled for release will be an outlet for some Duncan Whiteley collaborations and solo work.

You’re based in LA, what’s the electronic scene like? Similar to London in anyway at all?

Yes I moved here in June. Like any major city it takes a while to get a feel for the place and find out about the music scene, clubs and areas of the city. I’ve met some people who’ve been pushing the more alternative end of electronic for many years in LA, and they have been really helpful in giving me a overall perspective of the scene and places to check out. There is incredible store called Mount Analog, who have a very good wide ranging selection of electronic music, everything from library music through to darker edges of techno and all points in-between. It’s kind of like the Kristina Records of Los Angeles.

You’re warming up at the Werkdiscs night at Complex in LA. Can you tell us about the venue and how you got involved with the show?

Complex are really flying the flag for electronica here in LA. They’ve had the likes of Dean Blunt, Cut Hands, Andy Stott and Ritualiz perform over the past months, plus it has a Funktion One rig installed which is usually a sign that a venue are taking things seriously. My set at the Werkdiscs night came about via Driod Behavior, I am very pleased to be part of this line up.

What are you expecting to hear from Actress and Evian Christ’s performance? Do you think LA residents will be enamoured by these two producers?

I have seen both Actress and Evian Christ perform when I was in London, and hold their limitless take on electronic music in high regard. They seem to look towards many genres for inspiration, and that can only lead to good things within their our productions. I’m sure they will be fully embraced on their visit to LA.

Tell me about your mix, how was it made, track selection and so forth?

For my IA mix I aimed to give a glimpse into my record collection and the music that inspires me as Duncan Whiteley. I’ve included a few older tracks which were really important to me when I first heard them, and still are. The mix features some more recent releases that I have felt very inspired by too.

There is one of my own productions on the mix, and an edit I did a couple of years ago as well. The mix was using turntables and Ableton LIve.

What’s in the pipeline for Duncan Whiteley?

I’m anticipating a very busy time ahead. There is of course the record label “Reinhardt Tapes”, which I can’t wait to get moving, and I will be focusing a lot of energy on my own productions.

I am also developing a radio show that I hope to launch before the end of the year, and I will be performing some DJ sets both within LA and further afield.

Duncan Whiteley plays on Saturday 28th September at Complex in Los Angeles in support of Actress and Evian Christ. Read our event feature or buy tickets.