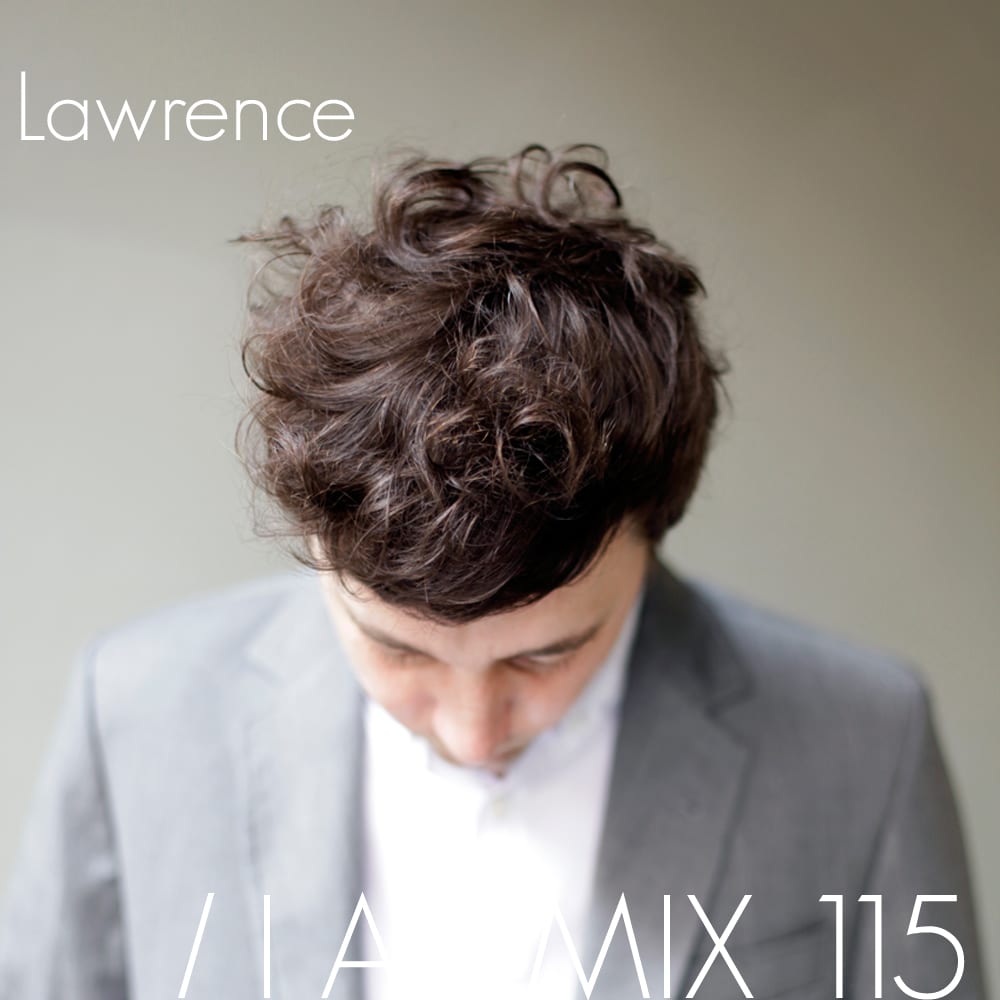 To celebrate the release of “Films & Windows” we sat down with Peter Kersten to discover the intricacies behind the album writing process and it’s correlation between music, art and personal experiences. Lawrence also sheds light into the developments and operations of running multiple ventures that include Dial, Laid, Smallville Records and Mathew, a contemporary art gallery based in Charlottenberg, Berlin. 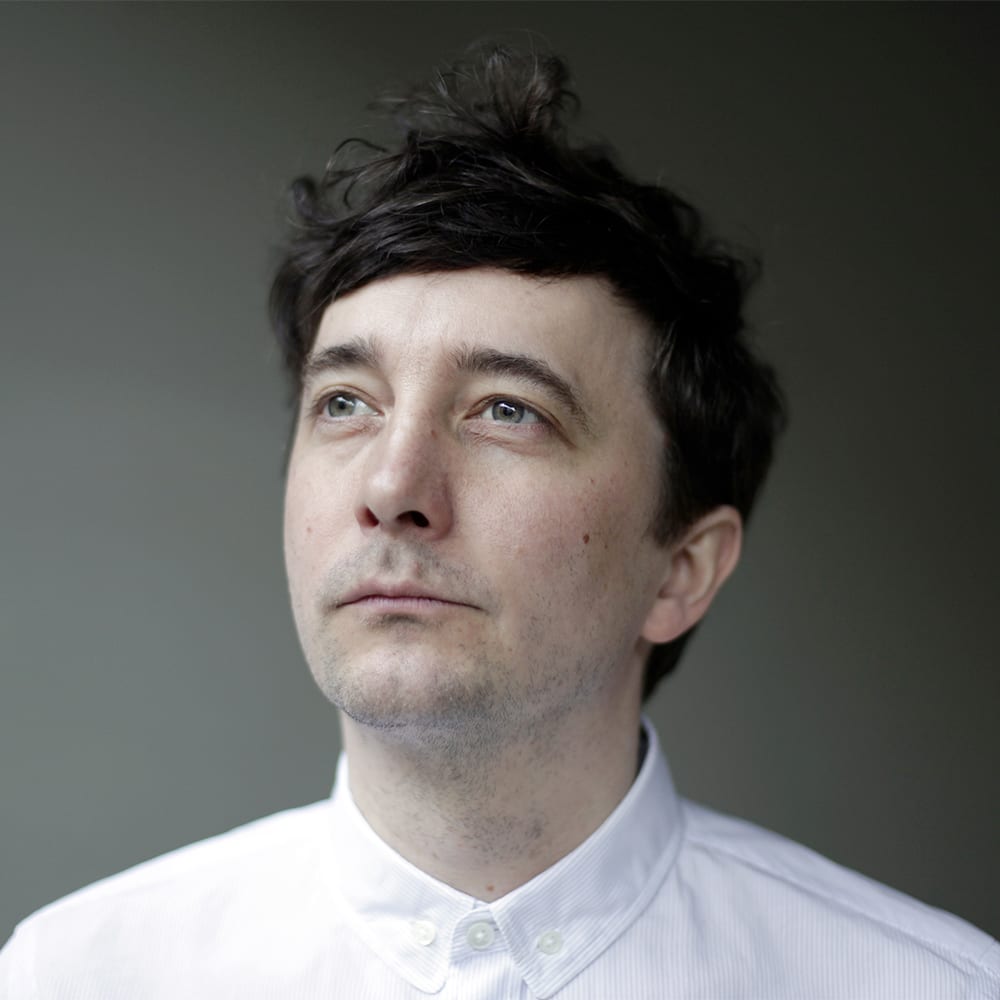 Hi Peter, what have you been up to recently?

A lot of things, I’ve just finished my album, the mastering process and the artwork, which has been really exciting work. The people I’m working with are a lot of fun and very interesting, I finished the album in June.

We also set up a photo exhibition called “Photography Now And Forever” at our art gallery in Berlin ‘Mathew’. We presented three artists, Zoe Leonard, Yuki Kimura and Josephine Pryde, which took a lot of time to set up. I’ve also been DJing a lot and playing at festivals, including the secretsundaze in London, which was a lot of fun.

Tell us about the mix you’ve provided?

I don’t know whether it’s my favourite inspirations – these are just some of my favourite tracks that I would listen to whilst cooking with friends .

How do you juggle running record labels, producing music, record store and an art gallery? How do you focus on each project?

It’s a constant flow of shifting my focus on various projects. Sometimes it’s easier to focus on an exhibition with lots of people involved and then DJ the weekend after. I feel a lot more relaxed to look ahead at forthcoming projects on the horizon. When I’m DJing or in the gallery, or in my studio it makes me happy.

The trick of managing these four projects; producing, DJing, the gallery and record label, is to work with people who are very talented and happy to be involved. Everyone who I work with understands that I need at least three days off, so both them and my girlfriend, are very flexible when it comes down to each project.

You opened ‘Mathew‘ a year and a half ago. What provoked you to open an art gallery?

We’ve been working with artists on the label since we started it. We’ve always been into art and Carsten Jost aka David Lieske, co-founder of Dial, is a conceptual artist himself. We’ve always had this idea that we could do an art gallery as well as a record label. So the idea has always been there.

A friend of ours and artist Ken Okiishi found this amazing gallery space in Charlottenburg (view Google maps), who told David to call up this estate agent and to have a look at this space.

I think it’s a very logical space and a fantastic opportunity, as it’s a great neighbourhood and every opening we have we feel that it was the best thing to do in our lives.

What was the space used for before the gallery opened?

It was a handcraft shop; they had some strange wallpaper and stuff. What’s more interesting is the neighbourhood. Next door there’s this very old fashioned gay bar called the Harlequin. They have a little stage where they have drag queen shows. It has been running for the past 30 years. It’s a very eccentric, extraordinary place. This is the second place in the area that people who come to the gallery go to, so it’s just a great place where we have some of our artists performing there on their stage.

There’s another place next door called “Gelbe Musik”. It’s a shop for records and contemporary music, which we’re very much into as well. Also just down the road there is this very famous gallery called “Daniel Buchholz”, who are friends of ours as well.

Although the gallery isn’t in the traditional place where music and art takes place in Berlin, it’s probably my favorite area.

Do you put on music events in the gallery as well, or is it strictly art?

It’s strictly art. Of course there are always artists that include sound and music with the artworks or film screenings. One of the artists Nick Mauss did a compilation called “Crystal Flowers” which was a selection of sound pieces from other artists; we pressed this on vinyl and is the first Mathew Records LP

Tell me about your relationship with Monika Michalko, the artist responsible for the album artwork, did she also exhibit at the gallery?

Yeah she was part of the very first opening show, I’ve been into her art since I first saw her work. I also know her personally because she lives in Hamburg as well. So I’ve met her a lot of times and she’s a great artist. I’ve always wanted to use her art for covers. She did the artwork for the ‘Etoile Du Midi’ 12” for Dial Records.

Her art is really intense and the vinyl version of the album will be triple gatefold, so the artwork will extend throughout. The original version of the painting is a triptych, so when you open it you’ll see the second and third parts of the triptych.

It’s been a while since your last album, when did you decide to write a new one?

I always think about making albums. There’s this supreme conscience of writing albums, I love the challenge and working on it. When it comes down to compiling your music, writing track titles, choosing the artwork and selecting tracks.

There have been several things that have distracted me from writing the album. The track ‘Kurama’, which was released on DJ Koze’s Pampa Records in 2011 is one of them. When we played together two years ago at this really small open air event in Hamburg, one of the nicest days ever for techno music that I can remember, he fell totally in love with this one track I played and wanted to release it. I told him no, I want to release this on my album, but he managed to change my plans, because he insisted so much to release it.

The reaction for this track was almost a concept for my new album. It has extra terrestrial effects in it and makes you stop thinking and makes you feel instead. So over the past two years I’ve been producing music that’s been for my album.

Most albums have a journey to them; what journey does you album provoke?

For me it does but for others it might not. All the tracks are somehow connected to each other, even if it’s some subtle background sound. The music is a journey; it’s a great word for the album actually.

For me music is an escape, that’s ultimately why we listen to music, that’s the journey.

Of course that’s what my music is about. I always thought it would be great to do an album with some nice club tracks. I also want to take people on a journey with a single track.

Which track do you have the most personal connection with?

It’s hard to answer this because I find it hard to get personality into music. It’s a very intuitive and personal process for me to make electronic music. I have some personal experiences with my own music, when playing in the club and producing, but I can’t tell you if it’s 100% personality in the track or 100% technique. Some tracks do have stories connected to them, such as ‘Kurama’ with DJ Koze.

The title of the album “Films and Windows” is taken from a gallery exhibition. Can you explain some of the stories behind the track titles?

Titles give another personal layer to the tracks, when I start producing them I call them “Hungover”, “Feeling Tired 12”, “Version 2” or something like that. I love text so I think about what to call each track.

This mixes up the music with personal stories. I sometimes collect names and places I’ve been to for titles. “Films & Windows” was never intended to blend the gallery into the album. There are some field recordings behind tracks, which also gives tracks a texture and belonging to a certain situation.

What about ‘Lucifer’, what’s so special about this word?

It’s a nice word, I think it’s also a sound word, it’s dark and I’ve wanted to call a track Lucifer for a long time. If you make odd electronic music then this track has a kind of deepness, similar to darkness, so I thought the name ‘Lucifer’ would complement it well.

Do you write about travelling as well?

No I’m not such a great writer as such, I love travel and books on travelling, Wernor Herzog and people like that. I feel connected to people who write about travelling.

How do you think your production style has changed over the years? Are you still following the same techniques?

I’m not so much into the technicalities of producing music. I don’t collect machines, however I do have a nice collection of vintage acoustic instruments including a steel drum and an old Vibraphone, a Vietnamese Dan Bao, as well as some other strange instruments. Producing is just a very intuitive process; it’s all about listening and reacting to what you hear.

What do you have planned for the future of Dial, Laid, Smallville Records and Mathew?

We have a lot of plans, but with all the things that we do, the labels, gallery, shop and productions, it’s better to plan in the short term, we never have any fixed schedules.

Over the next year we have a lot of things happening, I’m waiting for albums from Efdemin and Roman Fluegel and a few other artists, but we never plan too far ahead. Everyone hates deadlines, there are of course dates that we have to set, such as gallery shows.

RNDM aka Oliver Kargl hardly produces anything and he’s a great musician, what’s up with this?

This is the best example, I love his music so much and a few years ago I asked him to produce an album. He told me that he thought it was a great idea and he’d love to release and album. A few months later I asked him if it was too much work for him. I’ve managed to squeeze out some releases from him; he does some remixes here and there. I hope he turns up with a demo; I’d be the first person to release it.

Do you have any final words?

I really appreciate the interview, all the stuff about the gallery and album. I told Stephan my promoter that Inverted Audio is one of my favourite websites, it’s the one I read all the time and I love the architecture and the structure of the site. So thank you!