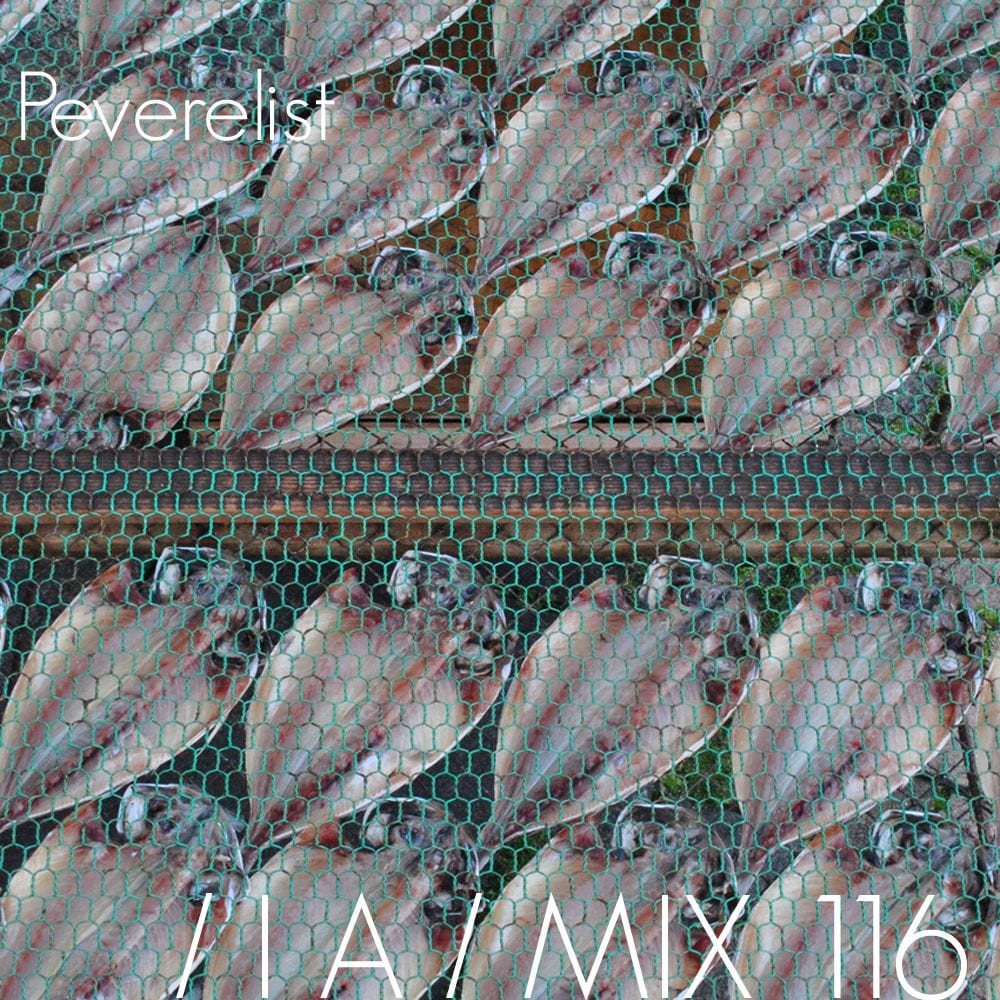 Peverelist aka Tom Ford is a bastion of the Bristol music scene. Since relocating to the city in 1997 for the pure love of the music coming out of the city, mainly Jungle and Drum and Bass, Tom has established two notable record labels, ‘Punch Drunk‘ and ‘Livity Sound‘. Punch Drunk being firmly rooted in Dubstep and bass music, whilst the latter is a response to the demise of Dubstep and a reflection of the UK’s underground music culture.

Over the past three years the Bristol trio made up of Peverelist, Kowton and Asusu have released various 12″s under the Livity Sound imprint, a vinyl only label focused on house, techno and bass music. Ahead of the release of their self titled debut CD compilation “Livity Sound” a collection of previous 12″s released on the label, we sat down with Peverelist to find out more about the label, compilation and the Bristol scene in general. The “Livity Sound” CD is released on 21st October 2013, pre-order your copy via Punch Drunk.

What have you been up to over the past two months?

Admin and sorting stuff out for Livity Sound and Punch Drunk mainly. Lots of releases coming before the end of the year. I was out at Dimensions Festival in Croatia the other week where we did a live set with Livity Sound and a boat party with Idle Hands, who are friends of ours from Bristol. I’ve also been getting things ready for a few shows coming up for Rinse, NTS Radio and a Benji-B live set for his radio show as well as our London launch at Plastic People on the 17th October.

Tell me about the mix you’ve provided.

I tried not to over think it to be honest. It’s just some of the records that I like to listen to whilst at home.  I have a pile of records that i’ve been listening to recently just sitting by my decks so i was was just digging in to that really. You might think it’s an after hours mix or something like that, it’s not necessarily stuff I’d play out in a club, but i thought people might want to stick it on their ipod or whatever.

How long have you been working on the Livity Sound compilation CD for?

Well it’s just kind of come together over the past two years. We started this label two or three years ago as an outlet for collaborations that we’ve been doing and for stuff that we felt had a similar vibe to it. This has developed over time into a live set that none of us have done before, so it has been a real challenge. We just kept on putting out 12”s and we just decided that it was a good time to combine music that we’ve done over the past two years into a CD compilation, as none of the 12”s were released digitally previously.

Why did you feel you needed to setup a new label?

Well Dubstep lost focus for me and I wanted to do something that was more focused on my interests. So I chatted to Kowton aka Joe Cowton about what music we wanted to make and it kind of just happened naturally. It was just a new thing that we wanted to pursue. Both me Kowton and Asusu all have our own sound, but it all melds together into one sound. We have shared aesthetics with house, techno and the earlier Dubstep sound so it’s kind of a mixture of all of our influences, a UK prism if you know what I mean.

You mentioned the fall of dubstep, in your opinion when did this happen?

I think things always move quickly. From 2006 – 2007 things were changing very quickly, then again in 2008-2009, it was always a very transient time, it wasn’t a sudden change, and things just evolve.

Would you say Dubstep evolved into house music?

It’s really interesting that it has gone back to house, so much happened though the 1990’s to 2000’s that people had to stop and take stock of what had happened and went back to basics. That’s why house music has regained popularity, that and its easy to dance to.

How did you meet Kowton and Asusu?

Just through he Bristol scene really, it’s such a small city, you end up in the same bars and clubs and you just meet people. I used to work in a record shop called Rooted Records for 10 years and this was a hub for the local music scene. I met a lot of people through the shop, that’s how I first met Kowton. I met Asusu whilst DJing in a club.

You must have been gutted to see Rooted Records close down. What’s your opinion on the current state of the music industry and for releasing vinyl records?

It’s challenging. Luckily Idle Hands took over in Bristol and opened a shop, so we still have a record shop in Bristol, which acts as a hub for local music. There is a scene of people who want to buy records. I buy records and I don’t think it’s going to disappear anytime soon.

Who’s behind the artwork and visual identity for Livity Sound?

A friend of mine from Bristol called Alex Digard created the visual identity. He also runs a blog called Tape Echo and writes about local music. He also runs a few labels. We discussed the concept of the label and he really liked it and he came up with this really cool ancient world style glyphs as a starting point for the label and the artwork has evolved from that.

What are the things that you said to him for this concept?

That’s going back a bit, I’m not sure to be honest.

For me the visual identity has a tribal feel to it – similar to Skull Disco?

I guess for me it links into what dance music is, that kind of psychedelic escapism and movement.

Can you describe your live set up and how you work together?

It was a big change for us; none of us had played live before. I’ve always been skeptical about live electronic music. We always wanted to keep it improvised but to also have people dance to it. We wanted it to be warm and rough, not too clean and digital.

We use samples from a laptop, the more recognisable bits from records, then we put them into a drum machine and they’re all running into a big mixing desk, which Asusu dubs out and adds effects. Thats like the glue that brings everything together and gives it life.

So your giving him the raw sounds and he mixes them together?

Your debut album ‘Jarvik Mindstate‘ was released in 2009 on Punch Drunk. Will you be releasing a new album?

I’m just biding my time really and am waiting for the right inspirations. I think I released my album just in time before that particular world of Dubstep got sidelined. I don’t feel a rush to release a new album.

Where do you draw inspiration?

Just bouncing off what other people are doing. Swapping tracks off other people in Bristol and hearing different types of music.

What about track titles, do they reflect anything personal for you?

That’s the hardest bit. Once you name something it takes a life of its own, it becomes what it is.

Are there any tracks on the CD that are your personal favourites?

I guess it’s the most recent tracks that excite me the most, in the run up to the release of the CD we’ve released two 12”s. One between Kowton and myself called ‘End Point / Vapours’ and the second is coming out around the same time as the CD a collaboration between Asusu and myself called ‘Surge / Remnants’. They’re two of the best records we’ve released.

Are you from Bristol originally?

I was buying records and starting to DJ around this time, I had no intention of becoming a DJ, I just happened to get caught up into that scene.

You run two record labels, produce and DJ – how do you find the time to juggle all of these projects?

Yeah it’s a task, but I like a challenge. I love working in music and running labels and making tunes, it’s nice. I’m constantly juggling projects.