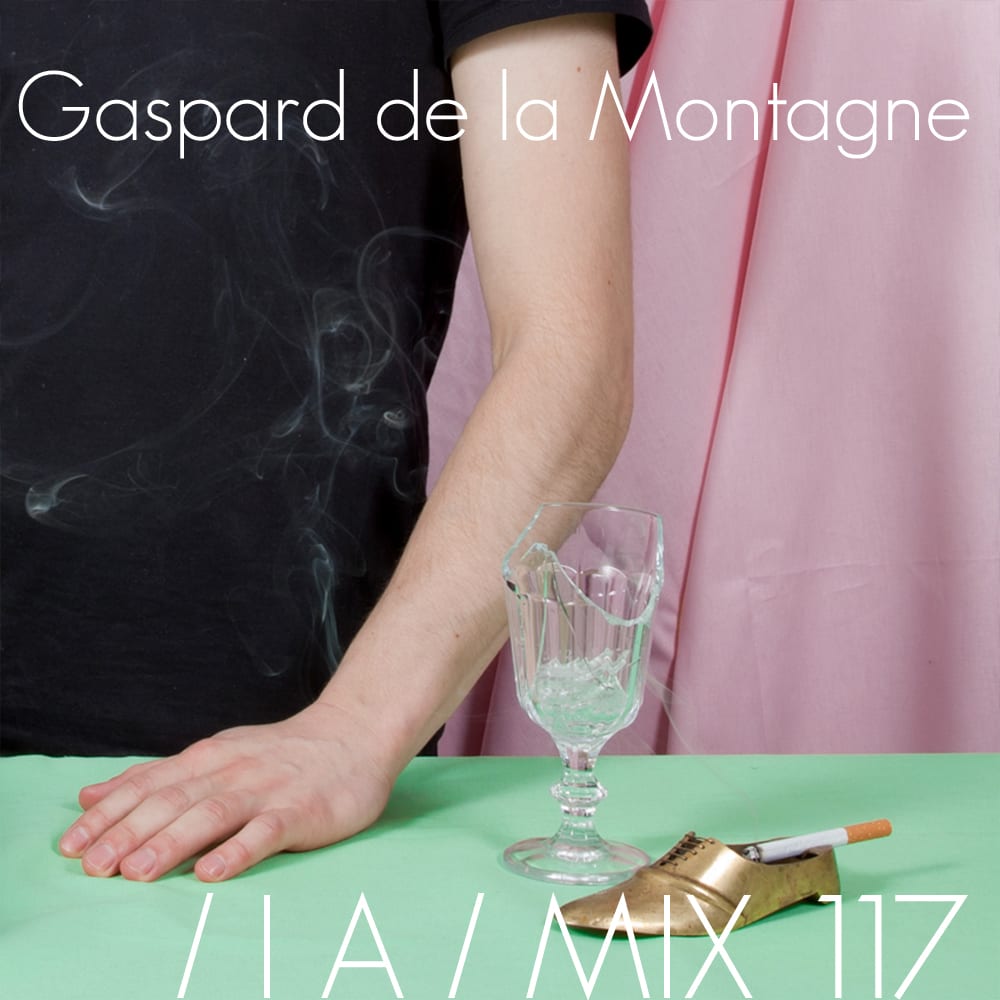 Born in the small Swiss watchmaking city of La Chaux-de-Fonds, Gaspard de La Montagne had an early interest in the mechanisms of electronic music. After trying various styles and performing in several acts, he’s currently operating in a techno/bass register with cold, dreamy atmospheres and heavy sub-bass making his productions sound immensely relevant and excitable. After listening to his debut release “Pole EP” released via Creaked Records we were so captivated with his deep take on techno, we invited him to record a vinyl only mix for the IA MIX Series. In the interview below we discuss his relationship with electronic music as well as artwork and his involvement with the Swiss based Black Bunker Collective. Pole EP is out now on vinyl and digital formats, buy a copy from Creaked.

What are you working as at the moment?

I work for a video company; we make advertisements for watch companies such as Tissot and Swatch. The subject isn’t that interesting because it’s always about watches.

Who’s behind your artwork and imagery?

In the beginning I wanted to do all of that myself as I do all my own graphic design on videos, but I thought that I can involve some other people in the project so I asked some friends to do it for me. I let me free to do whatever they want and I’m really happy with the results. The artist behind the cover is an artist called Prune Carmen Simon-Vermot.

Did you send her a creative brief or just the tracks to the EP?

We used to work together a lot for different projects, so we have a kind of universe of our own. I sent her the tracks and she made the artwork.

How long have you been working on Pole EP?

I started about a year ago and I finished in February. I then had to wait for the mastering and artwork, which took a bit of time.

How long did you spend refining each track?

I probably spend a month or so on each track. I concentrate on some parts, then work on other parts and then try it again; I’m constantly chopping and changing it around to improve it.

Tell me about the mix you recorded for us?

I recorded the mix at home; I just got some new records through the post, so I included some pretty diverse stuff. It’s a vinyl only mix so yeah I’m happy with it.

You stated that you’re interested in the mechanisms of electronic music; can you explain your reasons behind this?

I wrote that because I come from a watch-making city, so it’s like matching the mechanism of the watches with music. I like the transcendent mechanism quality of music. You begin with one track and then change it with others. You’re constantly building it up to make a complete piece.

What do you start with first; bass, drums or highs?

I start with a beat, I make a beat that sounds good and has groove. I then pull the other elements together?

I started young; I was listening to a lot of hip-hop. I started DJing when I was 15. I then started to use Fruity Loops and tried sampling together tracks. I listened to DJ Shadow; I think he’s very interesting; “Endtroducing” is an all time classic.

What about your interest with Techno?

I started that later, but I can’t simplify it down to one name or producer or label. It’s more of just being interested in a variety of producers and labels, such as Stroboscopic Artefacts and Ostgut Ton.

How do you discover new music? Do you go to record shop or rely on digital services such as Spotify, Soundcloud, iTunes and YouTube?

I read a lot of blogs and online magazines like Inverted Audio. I come from a small town called La Chaux-de-Fonds and there’s only one record shop that focuses on rock and roll, so I buy a lot of records online, such as Hard Wax. When I go travelling I try to go to different record stores.

You’re part of the Black Bunker Collective, hosting parties in the dark. How did you get involved with them?

I started in 2012, thanks to Leo, label manager of Creaked records. In Switzerland there are a lot of VJ’s and visuals at parties. I think this is the country where we have the most VJ’s in the world. The problem with that is that there is too much light. We wanted to do something dark. At the beginning they asked me to get involved with programming and DJing.

Are you working on a live set?

Yeah I am, I really want to get working on it, but I want to prepare it carefully so that it’s worth the time I’d have to invest in preparing it.

How did you get involved with Creaked Records?

Well I used to make music together under the name ‘Casque’ with this guy I used to know. He introduced me with Leo, label manager of Creaked Records, a long time ago. Since then we’ve become friends and have kept in contact. I sent him my solo work and he told me he wanted to release it on the label.

What atmosphere does your music represent or simulate?

What have you got planned for the rest of the year?

I have another EP coming out and I’m working on some remixes at the moment. I’m also playing with the guys from Lakker on 26th October, which I’m really looking forward to.