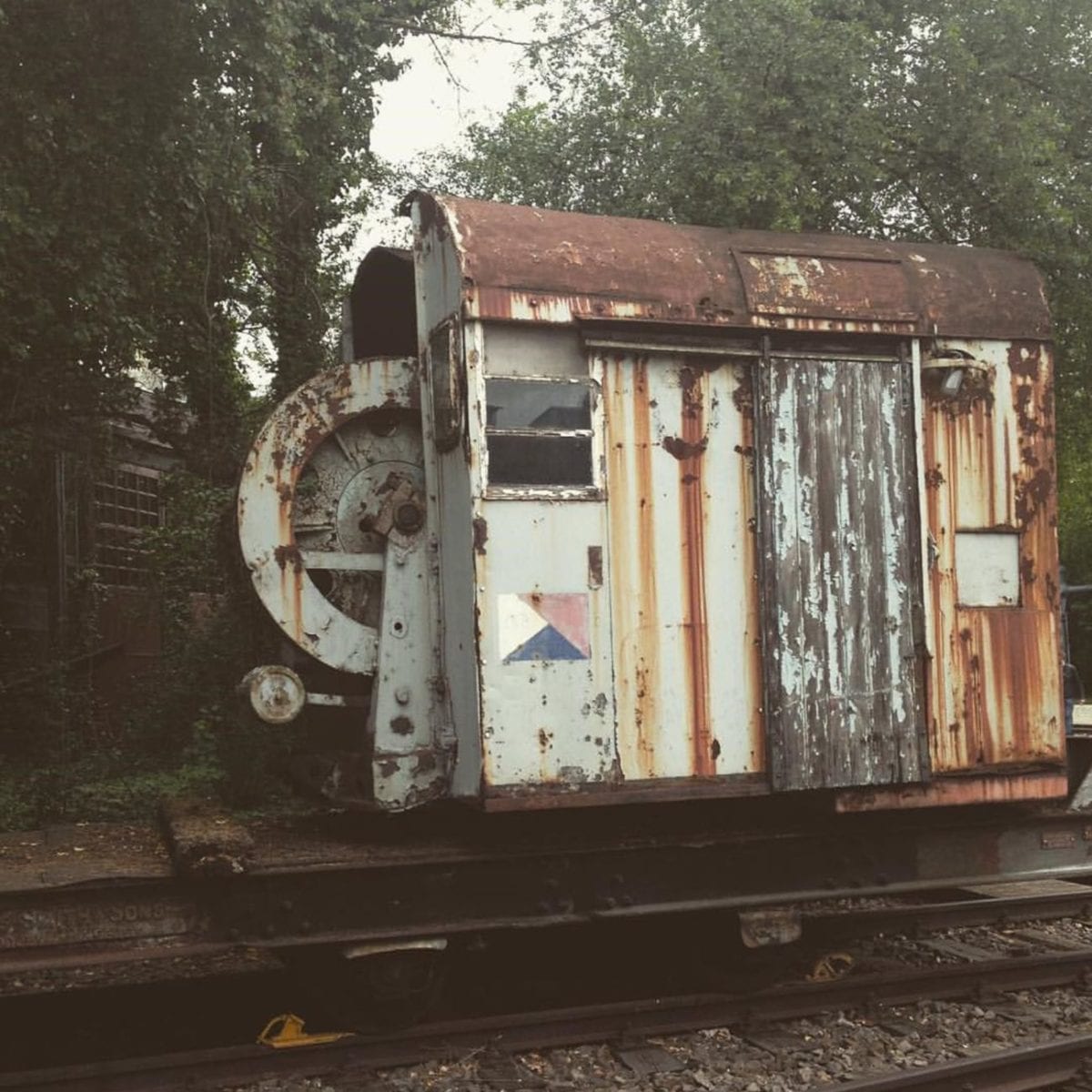 In an epoch of constant change and trend-following momentum, it’s pretty rare to see a label cling to the aesthetic of its early hours so convincingly. Since its launch three years ago and the drop of Deer’s ‘String Theory‘, Marionette has barely moved an iota in terms of both audio and visual orientation, confirming release after release the longstanding potential of its initial vision.

Not content with putting together a growingly impressive back catalogue, featuring the likes of Laurine Frost, Maxim Wolzyn, Kilchhofer, Burnt Friedman and Max Loderbauer, no less, label mastermind Ali Safi aka Grimwig also has a sure ear for weaving deep, introspective grooves across fascinating mix narratives such as the one he gracefully provides us with today.

A mesmeric trip down memory lane, this one will immerse you in a world of stunning textural pieces, extended dub stretches and further leftfield tribal-like oddities; the ideal fit to the strange atmosphere of wintery days in the countryside. We sat back with Ali to discuss his journey, from the label’s first steps through his teamwork with visual artist Jake Fried, onto his plans for the future. 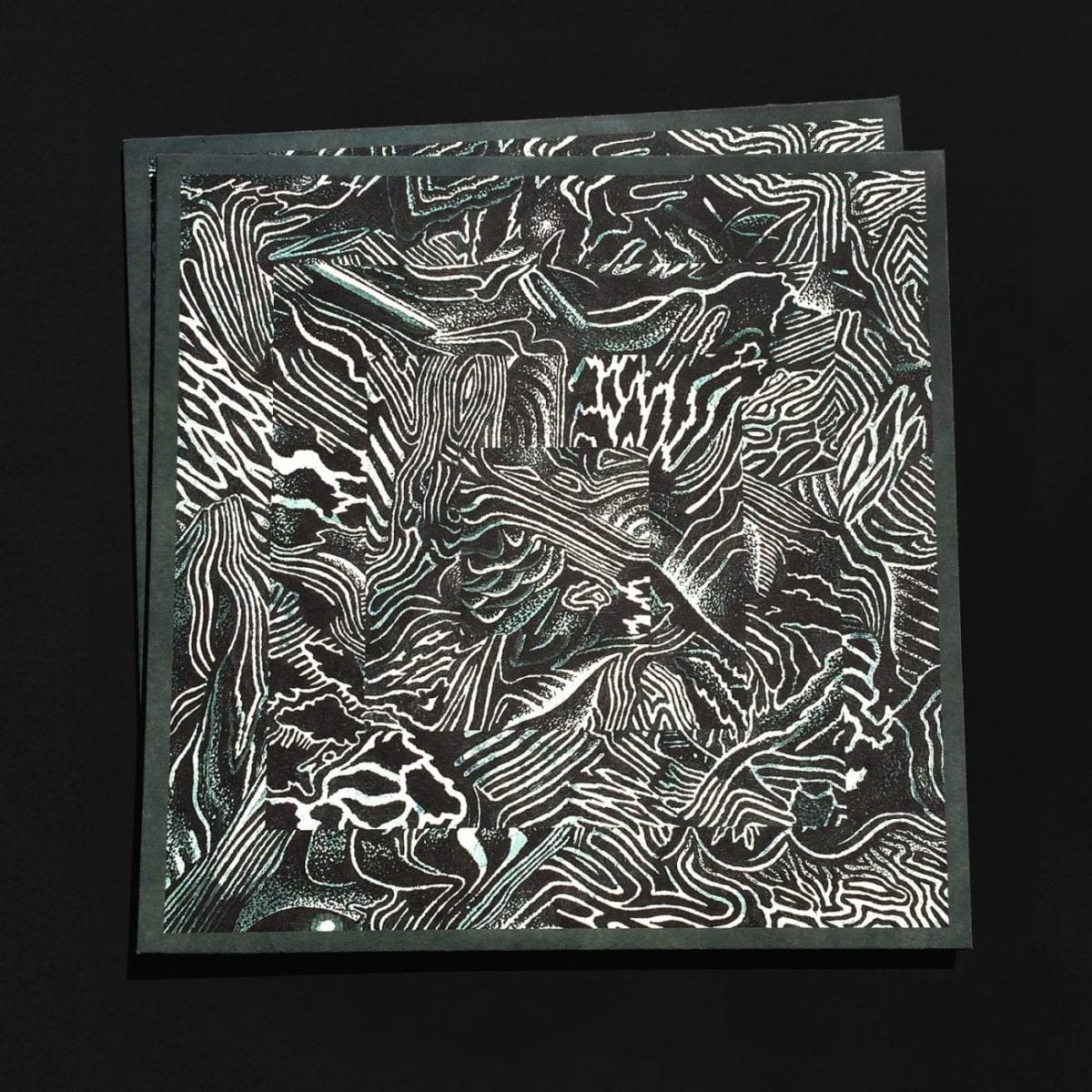 Hey man, thanks for this beautifully deep and pensive mix. It makes for a truly immersive, hypnotic listen. How and when was it recorded? In what kind of mindset were you then?

First off, thank you so much for sharing it – it’s truly a privilege to be able to contribute to your podcast series. At the time when I decided to record a mix with this music, I never really had any plans with the mix – nor any specific mindset. I don’t consider myself a DJ in any possible way and I mostly record mixes because I would’ve bought a batch of records or downloaded some files and I somehow would like to put them together in a set/playlist for myself.

So for one of my sets to be featured as a podcast is something that is alien to me and I’m not sure how I feel about it. At first, it was exciting when I sent you the set and you liked it, but then I started to second guess whether I should mix an unreleased Marionette set – or if I even want to speak up for my label as I thought maybe I don’t have much to say, and having a permanent thing like this online kind of worries me. So I decided to just try to speak my mind freely.

Let’s talk about the label you run, Marionette. It’s slowly but surely established as one of the most interesting deep house-oriented labels to have emerged in recent years. What prompted you to set it up?

Marionette is certainly not a deep house label. In one sense it’s very much a statement against club culture and dance floor conservatism. It’s a label for electronic and electroacoustic music.

At the time (back in 2012) records were piling up to an insane amount in my flat. I always had this idea floating about in the back of my mind. I always analysed my records and came up with imaginary releases which I would’ve liked to have in my collection.

When Soundcloud first started so many artists were uploading sketches. I would just write to them and they would send me whatever they were working on at the time. Eventually I had so much unreleased music, albeit none of it made it on the label, it was a slow progression and there were many factors which made it that way. I was always drawn to the concept of a record label from when I first started buying music. 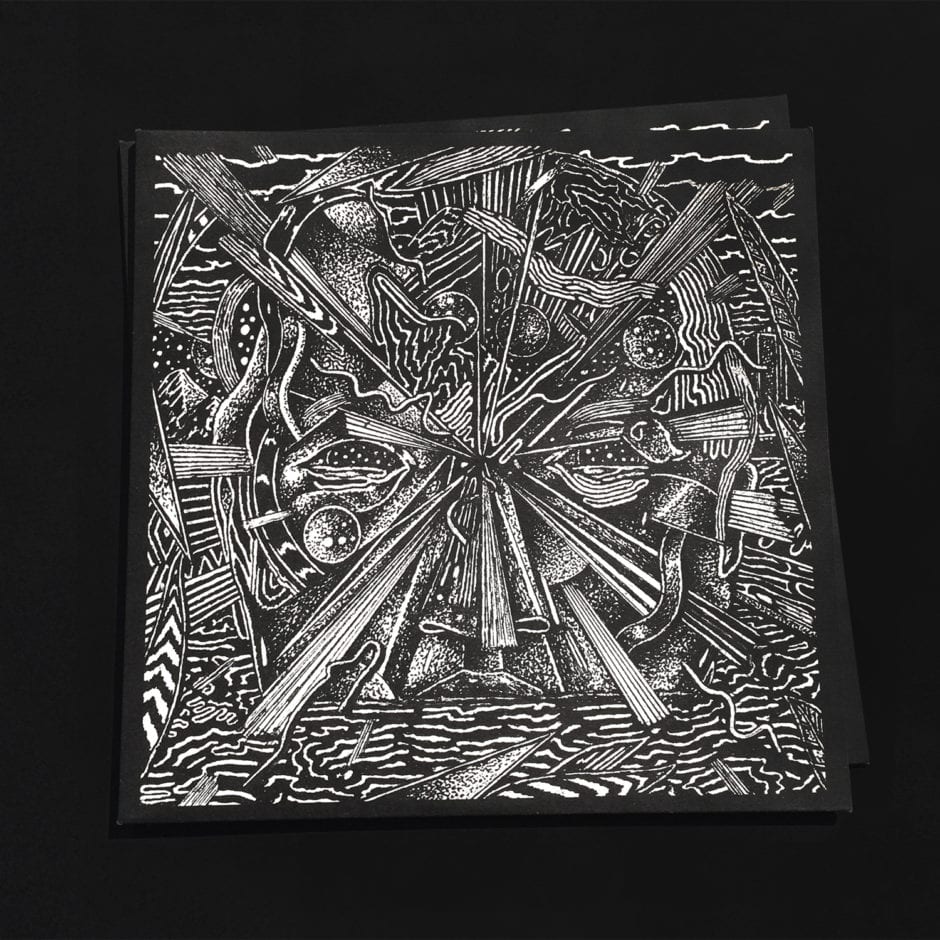 What about the name, Marionette?

This took a lot of time – it felt right when it occurred to me. I always had this idea of puppets – there was also this story in the back of my mind of this puppeteer who would go on these harsh mountain escapades to a cottage where he would build his Marionettes – and it was meant to be symbolic of the music taking control – in a way that is analogous to a puppet master manipulating his puppets. Like this grand performance where no one but the performer is watching. I also always knew that ‘Little Mary’ was a variation of Marionette that would come to life once the label was ready. So it all came together and just made sense.

What would you say is the artistic aim of the label?

The label really didn’t start with trying to achieve much. It’s an opportunity to contribute something which could be seen as different – not just for the sake of being different. It’s about curating releases that continue to expand the limits of what may be expected – even from the artists themselves.

I don’t want the label to have a sound. It’s more interesting (at least for myself) to try and curate releases which aren’t bound together and released on the same label because of a certain sound, but more so because of the approach to and understanding of music composition, which is what ties the releases together (or one would hope so).

One of the things I always think about is to try and push the boundaries of a conventional 12”. There’s this misconception (which I had) about EPs having to be 3-4 tracks or up to 12 min per side. There’s actually so much space that can be utilised on a vinyl without compromising any quality.

I would like to keep releasing music by talented musicians. To push the boundaries of the label and step out of any comfort zone or predictability. To do my very best in terms of curating releases that are unique to the label. What I’m looking to achieve (if that’s even a tangible goal) is to keep the trajectory going with every release – keep up the intensity – without a dip. Maybe the pursuit of that would lead to seeking other achievements. 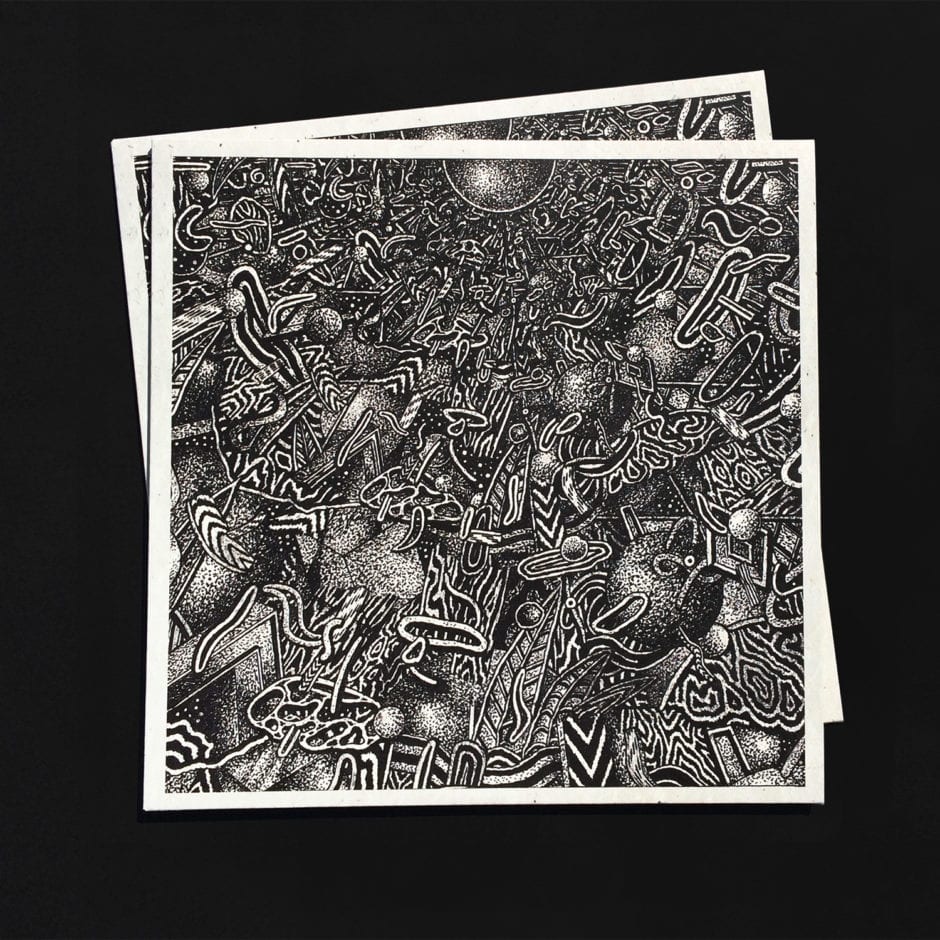 The visual side of things is key to the label’s identity and have been so since day one. Please tell us more about your collaboration with Jake Fried, aka the man behind almost all Marionette artwork?

Jake Fried is a brilliant artist. I can’t imagine how the label would function without his visual input. I came across one of his animations as the first release was coming together – and I knew that it’s exactly what the label needed. I’m not entirely sure what kind of music Jake listens to on a daily basis – although one of the main reasons our collaboration works to the favour of the label is due to the fact that he takes his time to truly immerse himself in the music and the ideas behind it before finalising the concept. Usually there’s feedback loop with him, the artists, and myself – and he genuinely enjoys the music!

I feel that the artwork for every release is unique, while still having a common thread keeping the label’s identity identifiable with just a glimpse. Of course the label also has a strong visual identity, Jake’s touch is quite prominent and I’m always genuinely impressed with how he perceives the music and of course at what he creates. It’s truly an honour to be able to work with him.

What’s on your slate now? Any new projects you can tell us about yet?

Coming next would be Kilchhofer’s debut album. Twenty unique tracks, each very emotional and intense. Kilchhofer is incredibly clever, talented, and funny. I’m glad I get to have him as a friend. He really does help countless times when I’m struggling. I also really value his input. There are many releases lined up. But of course until the recordings are sent out to mastering / cutting, they are just potential releases. 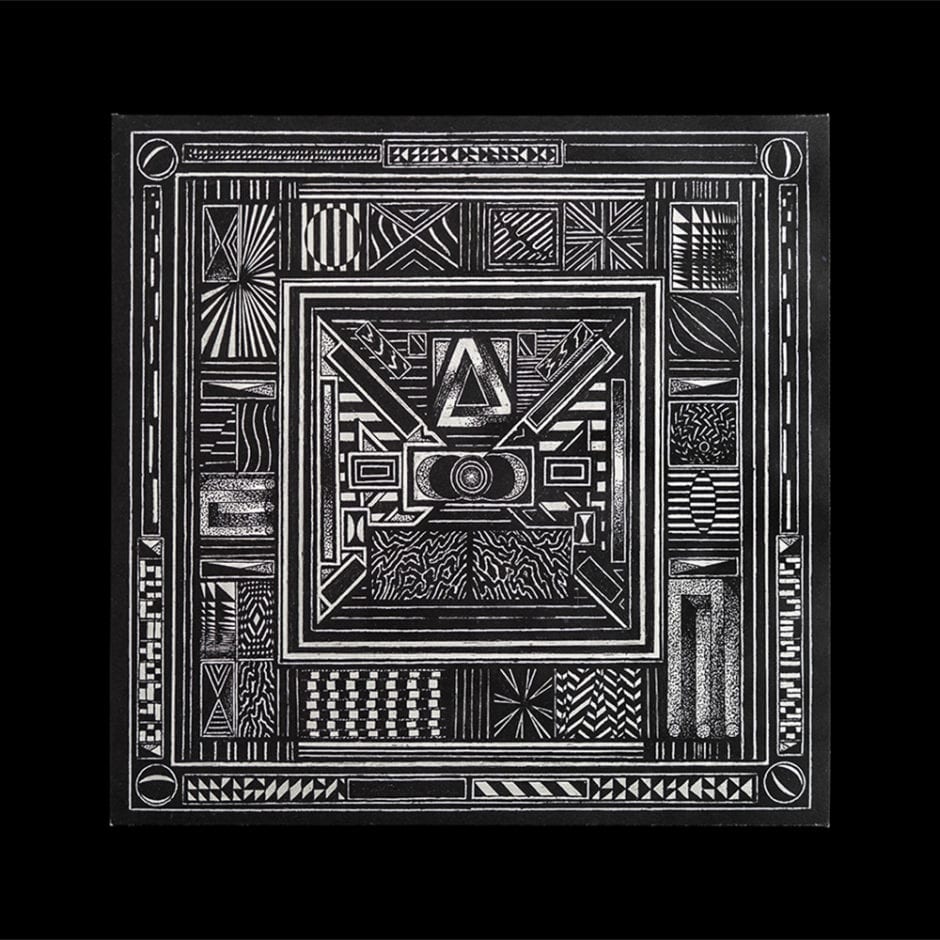 How was your initiation in the realm of electronic music? Was there a particular record, gig or else to draw you into it; any game-changer you dearly recall?

It’s tough to pin it down to one specific time or moment. One thing I recall vividly is the first cassette I bought when I was five years old. I would go to the music store with my father every weekend and just browse through cassettes. I remember I picked my first one because I really liked the album cover – I still have it. It was the James Horner ‘Casper’ soundtrack cassette from 1995.

Where are you based now? How’s a typical day at Marionette?

Right now I’m based in the Emirates after being in Toronto for most of my life. I don’t know if there’s such a thing as a typical day. I have a day job – so that’s my typical day. But I never stop thinking about the label or music in general.

I think it may have been Amoeba – spent the whole day there and picked up some Warp and Honest Jon’s records !

What will you be up to over New Year?

Listening to upcoming Marionette releases and planning for 2018-2019. Preparing for the Kilchhofer LP as well as all the upcoming releases !

More sleep and more days on a village in the countryside!

Discover more about Grimwig and Marionette on Inverted Audio.