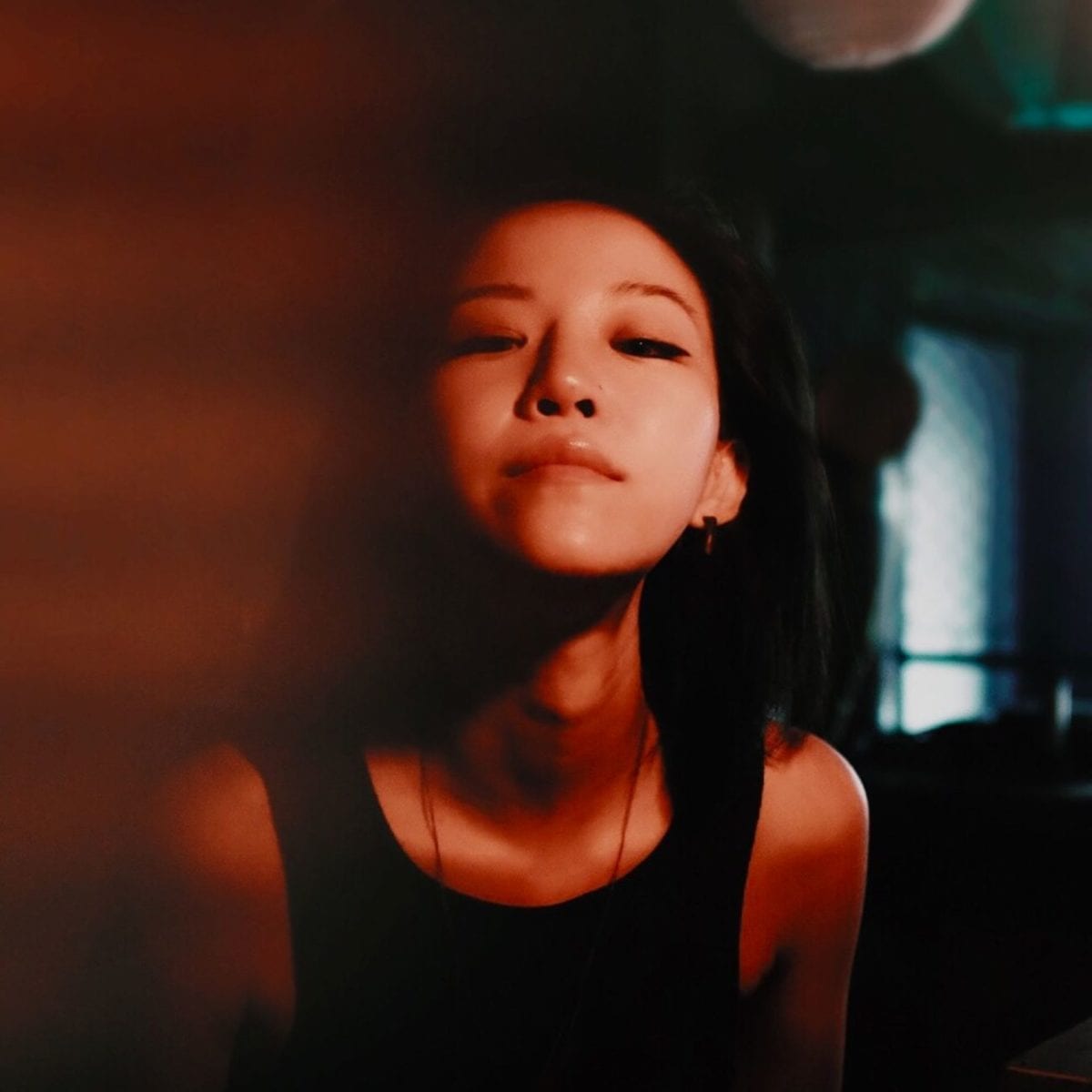 Since she settled in the city in 2008 MIIIA has been threading her way at the spearhead of Shanghai’s underground music scene. Following her first experiences of the rave scene in Canada, MIIIA moved to China where she began to host a weekly radio session at UDANCE, the first non-stop underground music radio station in the country.

After attending the Red Bull Music Academy Bass Camp with a selection of Chinese artists, MIIIA released her debut EP in 2015 via E.C.I Korea, followed by a driving slab of deep techno, ‘Mimi’s Wonderland In The Clouds‘, which further showcased her talent as a producer.

Fresh off her recent performance at Kepler 452b in Berlin we reached out to her to contribute a podcast to our mix series. The result is an eerie techno through ambient mix featuring Asian artists as well as a handful of personal unreleased tracks. In the interview below we discuss her musical path, the electronic music culture in Shanghai and how it differs from the European scene. 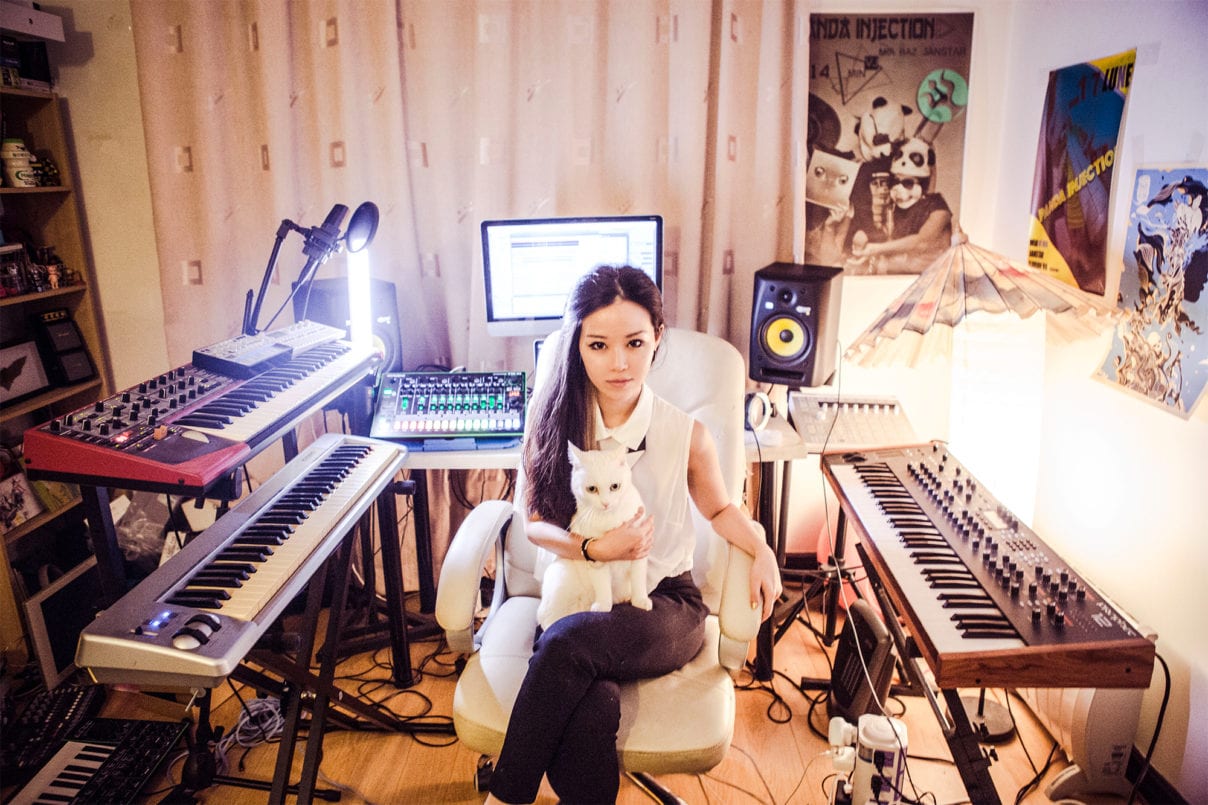 Hi Mimi, please tell us more about your mix?

Thanks for having me! I wanted to create an ambient techno mix because I’ve never done it before. The tracks I have used are almost all from Shanghai and Asia-based artists, plus some unreleased tracks of mine.

How about your background in electronic music?

I went to my first rave in 1999, and since then I have never stopped. I studied sound design for film at the Vancouver film school and that’s where I learned how to use DAWs. I was bored of being a sound editor after graduation, so I started making my own music.

Back then I was making downtempo electronics with my own vocals and I would upload them to my MySpace profile. An underground label in Taiwan called Tripper Records heard my music through MySpace and brought me to Taipei to produce my first album. Unfortunately that album was never released because the label didn’t survive for too long. Luckily I met some great people from the label, which led to my decision of moving to Shanghai in 2008 when the second wave of the Chinese underground scene was just starting to build up.

When I moved to Shanghai I started working at China’s first 24 hour underground online radio station ‘UDANCE’. I produced a show called ‘Tripout Session’, which ranked at number one of the station for 3 years running. I also interviewed a lot of international artists including Robag Wruhme, Oxia, dOP, Takkyu Ishino, Efdemin, Lawrence and loads more.

You released two EPs on E.C.I Korea and Destroy All Monsters. Can you tell us how these records came about?

I met Unjin, the owner of ECI Korea at my first gig in Seoul, and was introduced by another good friend Elvis T aka h_w_a who I met through Tripper records. Unjin and I both grew up in Vancouver and we both love techno music. He decided to release my first EP on his label when he heard my track ‘Storm‘. I’m so grateful that Unjin asked Jay Tripwire to do a remix on it and he agreed, he’s like a local hero in Vancouver and I really love his work.

I made ‘Mimi’s Wonderland in the Clouds‘ EP with a little help from my best friend Tienn, who came to visit me from Vancouver. I was a bit lost in the middle of the process and wanted to add some vocals, but I had no idea what I should write, he told me: “Why don’t you just try to read the story of Alice In Wonderland?“, I thought it was a pretty good idea, so I did that.

There was a bit of latency on the microphone and whilst I was reading it I was trying to catch up with my voice in the headphone. It sounded like I had added a weird reverse effect on it, but actually it’s just me trying to make up with the delay, which is a bit late from the actual timing. It ended up working perfectly with the track.

Vincent Vidal and Douglas Greed’s remix versions are also really nice. Every process of my productions are different, inspiration comes from the process of making. My setup is pretty simple, I use an Elektron machinedrum and a Analog Heat distortion box for drums. I also use a Analog 4 and Aalto VST for synths.

You seem to have a very deep techno taste. Who are your main influences and how would you describe your style?

The style of music that I play and produce has changed drastically over the years. My sound is heavily influenced by big labels including Ostgut Ton, Dystopian and ARTS but I also play house, micro and disco. Sometimes my sets can be very dry and and other times they can be eclectic. It all depends on the venue, crowd and set time but it definitely sounds like a trip in the outer space! 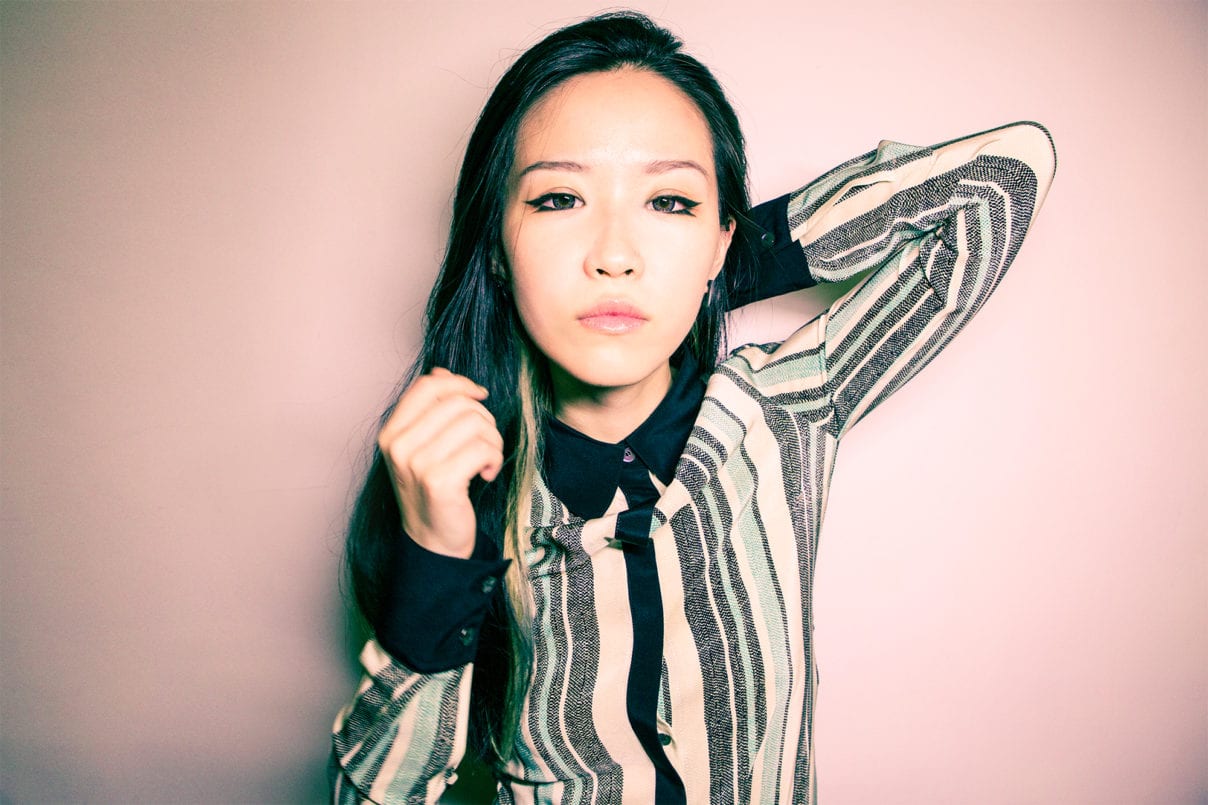 China has a very strong experimental-noise background and seems to be one of the rising countries in terms of electronic music. How would you describe the scene in Shangai?

The scene in Shanghai is definitely one of Asia’s best. Everyone is working together to promote different genres of underground electronic music. Disco, house, techno, electro, DnB, experimental, hip-hop, grime, bass, trap, you name it. The scene is varied, the party environment is very friendly and welcoming.

Clubs like Elevator, Arkham, ALL and Dada have international bookings almost every weekend. In the beginning there were mostly foreigners in clubs and you’d feel like you were not in China.

Lately I started to noticed that more and more people from the younger generation are interested in going to alternative clubs and events instead of the main stream mega EDM clubs, and even from what they are wearing you can tell that they are becoming more and more artistic and creative. I’m really happy to see this happen and I hope it will continue to grow.

You recently came to Europe to play in Berlin and Den Haag, what do you think are the main differences between the Chinese scene and audience compared to Western culture?

The scene in Shanghai is great but there’s still no comparison to a lot of major cities in Europe, especially Berlin. The club venues are so much more unique and bigger. Shanghai is a city of 24 million people, there’s no way we can find and afford a venue in the central area like many of the clubs in Berlin. Illegal raves are pretty much mission impossible… music festivals have to close before 10pm. Despite all the restrictions and limitations I think the quality of the music is definitely up-to-date.

As for the audience, there are not too many differences if you compare it with Shanghai, because of the huge foreign population, the crowd is usually very international and mixed. If you compare that with other inner cities in China there’s a huge difference, because it is very hard for local Chinese people to understand electronic music, especially the types of music that have no melody or vocals, so techno music would sound monotonous to them.

Usually they just stand on the dance floor and stare at the DJ. Some people scream and dance like crazy for 10 minutes and then go back to their table to drink for 30 minutes before going back to the dance floor to do it again. For most of the local Chinese people, techno is still way too experimental for them.

They love what’s popular and what’s promoted on mainstream media, but this is slowly changing. More and more underground clubs are popping up in China with many artists from Ostgut Ton playing in my hometown of Chengdu thanks to Say Yes, so there is hope!

What are your future plans: any new releases coming up?

I don’t have a release date yet, but I have been thinking about releasing some of my old tracks as a white label vinyl release. Hopefully 2018 will make this happen.