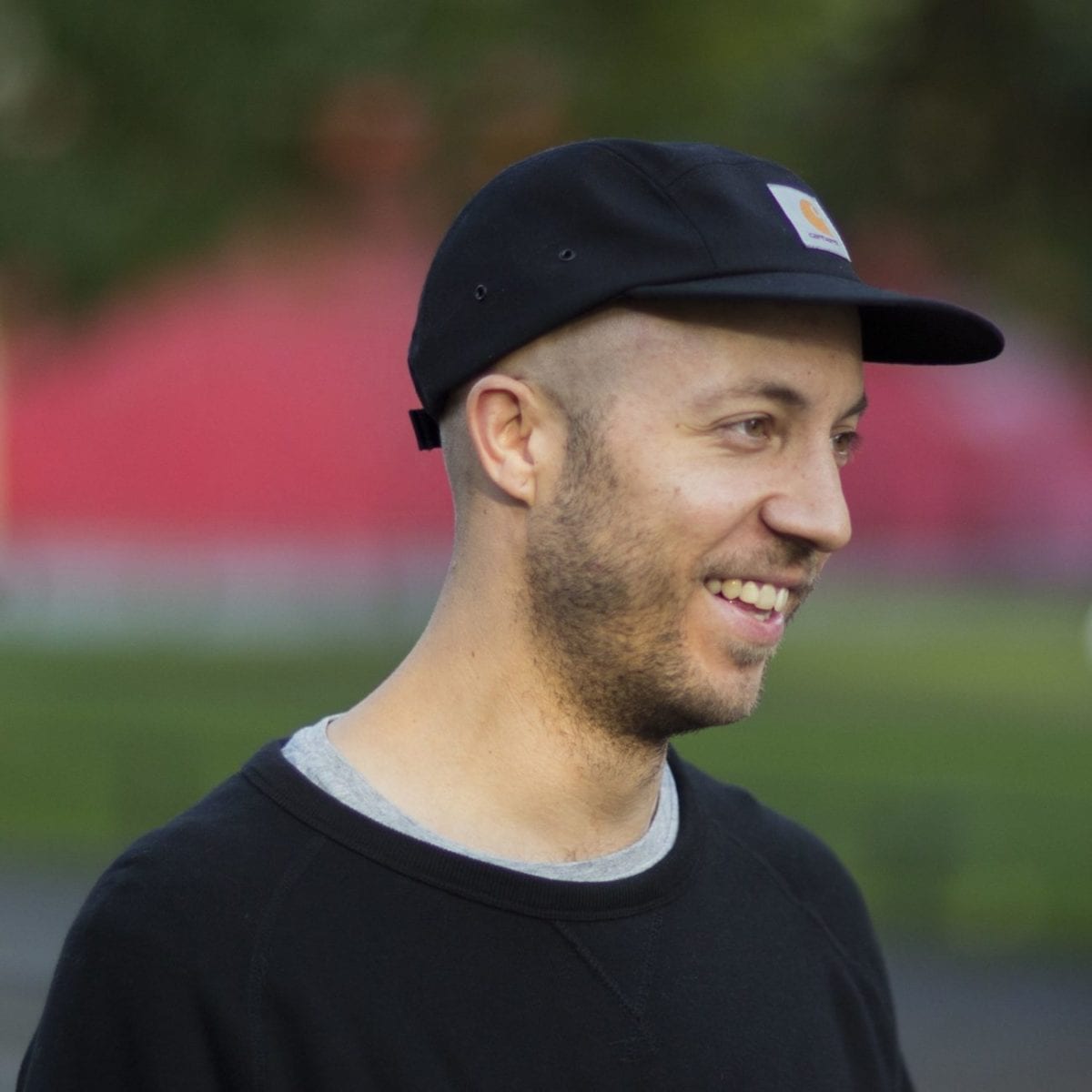 After surfacing with the excellent ‘Crimes EP‘ on Lobster Theremin three years ago, London-based producer Luke Palmer aka Ozel AB made his mark discreetly but surely, eventually winning him a much deserved place in Workshop‘s quality-driven roster this year.

From a mostly instrumental hip-hop-oriented background that still oozes from his compositions onto soft-touch techno and overly sensuous house-y tropes, Palmer has been forging a truly singular sound signature where organic and synthetic merge beautifully; progressively finding an inch-perfect balance between hip-swaying grooves and unpolished textures, vibrancy and diversity.

It’s with the greatest pleasure that we welcome Luke for one of his rare podcast appearances. As expected the vibe is polyamorous and boundless, deftly threading its way across house, hip-hop, breakbeat, disco, techno, acid and much more than that. We also caught up to find out more about his wide scope of influences, studio stuff and the roots of his love for music in general. 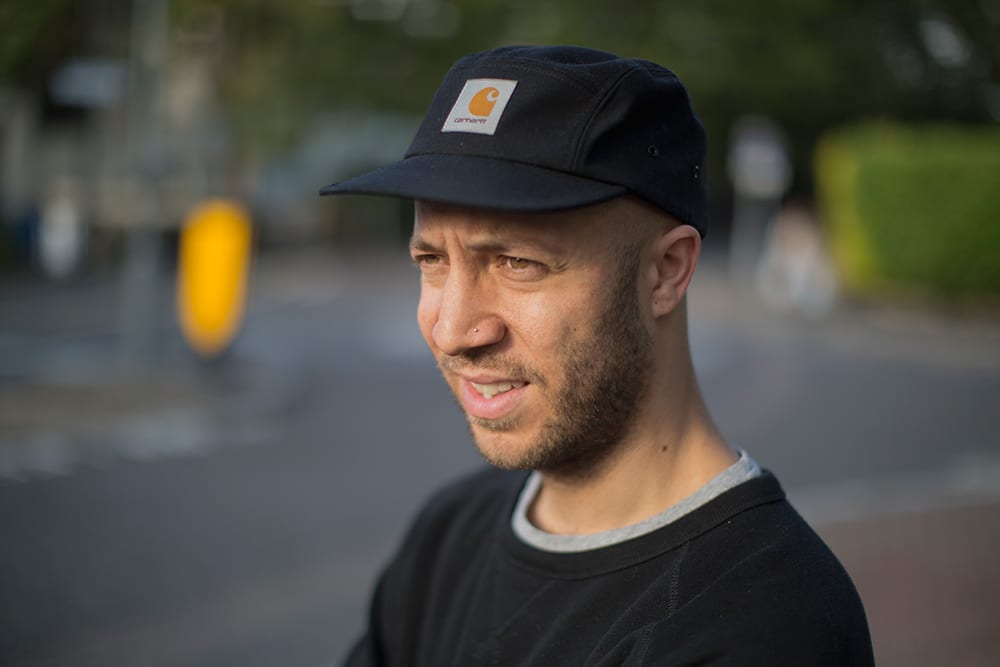 Hey man, thanks a lot for that ace mix! When and how was it recorded? What kind of vibe were you looking to convey?

My favourite mixes are usually the ones that aren’t bound by dance floor conventions. I don’t listen to an awful lot of dance music in my spare time, so I’m always interested in hearing the types of stuff people listen to outside the club.

Having said that, I’ve done a few of those types of mixes now, and as a DJ who is always seeking to play more shows, I felt it was important to demonstrate the types of stuff I’d play in a set. I recorded it at home with a Technics 1210, a CDJ 850, and a Xone 22 mixer, and did a bit of editing in Ableton.

How was your love for music born? Were you brought up in a music-loving family or was your discovery of the musical world a more personal/lonely endeavour?

My dad is a big reggae nut, so that was the first type of music to have a real impact on me. One of my first memories of music is riding around in my dad’s car singing the hooks to ‘Zungguzuzeng’, and ‘Ganja Smuggling’. I must have been about 3 or 4 years old.

Your last EP came out on Lowtec and Even Tuell’s ever dependable Workshop imprint. How did they approach you for this release?

Jimmy Asquith at Lobster actually helped facilitate this one. Paul from Workshop played a track from my first Lobster release when he played in London. He got talking to Jimmy and asked if he thought I’d be interested in sending them some stuff. Having been a fan of the label for years, it was a real pleasure.

Which artists have had the biggest influence on you?

When I started out making electronic music, it was mainly hip-hop that I was listening to, so my early influences were Dilla, Madlib, DJ Shadow, RJD2, Thes One. Sonically, I love the sound that Tom Waits has on a lot of his records. I’ve never found anyone else to correlate the sound of their music with their voice in such a way before.

Move D, just in terms of his diversity. He has such a broad musical vocabulary, whilst still managing to maintain a distinct style. Actress because he changed the way I look at production. Theo Parrish as both a DJ and producer. Kraftwerk because I find their influence to be echoed in so many genres of electronic music. 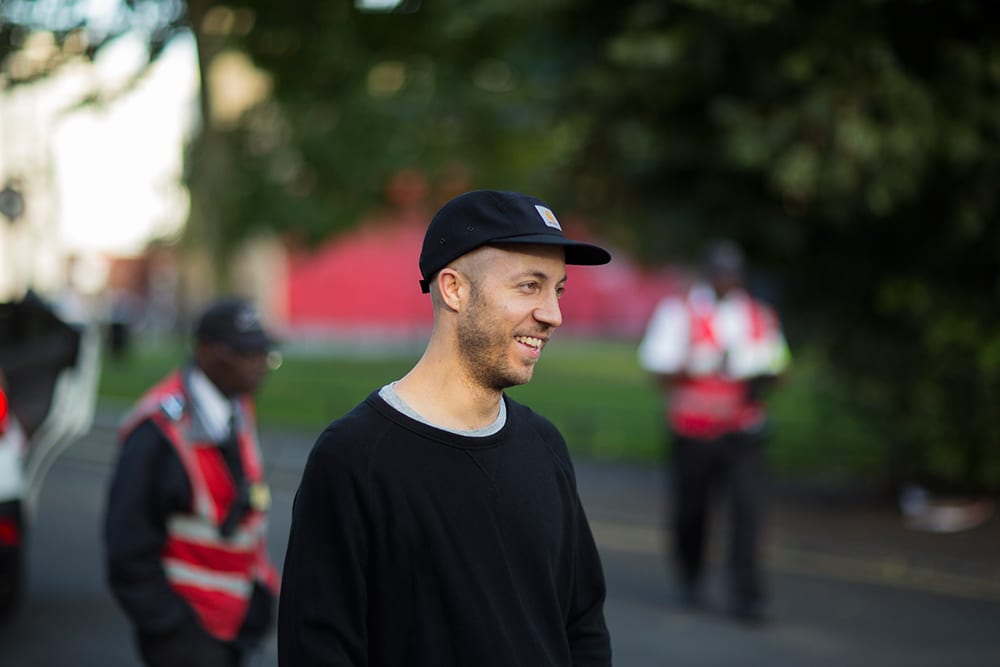 What does your studio setup comprised of?

Currently, an MPC 1000, an Elektron Machinedrum, a cheap Boss SP505 sampler, a Korg MS2000, a few pedals and effects, and Ableton live. I’m considering buying an Elektron Analog Four soon. I don’t use a huge amount of equipment. I prefer trying to get more out the bits I have.

If you had to take just a pair of synths/machines with you on a desert island, which ones would you pick?

Probably the MPC and a nice mic. I could sample bird calls and the sounds of the ocean laughs.

How do you usually approach production? Do you hit the studio with a melody in mind beforehand or just pick some instruments and go for a jam?

The only real plan that I have before starting a track is whether I want to develop a track melodically, or rhythmically. In which case, I’d start with either the bass line or the beat. I suppose I usually have a vibe in mind going in, whether I’m aware of it at the time or not.

Do you see it as a purely solitary process or do you also enjoy creating tunes with other producers?

For me, it’s always been a solitary process. I welcome the idea of collaborating having come from a background of playing in bands, but I scrap so many ideas that I have. I feel that I’d be a frustrating collaborator. I also enjoy the freedom that working alone brings.

What are your favourite places to hang out in London right now? Any key club/bar/park… to recommend to our readers?

I rarely venture out of Peckham these days, so all of my favourite places to hang out are mostly within a 5 minute walk of my flat. Rye Wax and Balamii Radio for music stuff. Taco Queen, or Strictly Bangerz for food. The Gowlett for drinks. There is a lot of variety in Peckham, and it has a real community vibe, so I rarely feel the need to venture outside my little bubble.

I played a festival in Barcelona the other week, and so I spent a while shopping in Discos Paradiso. It’s always been one of my favourite places to shop as they have a huge section of second-hand records. You can get some great stuff really cheap. I managed to grab a really nice bootleg Sade house edit, a bunch of old Chicago house and disco records, and a nice hip-hop record by a guy called BJ Digby who I’d never heard before.

Playing a few more shows around Europe, sitting exams and then hopefully getting some more music finished, hopefully a new release early in the year.