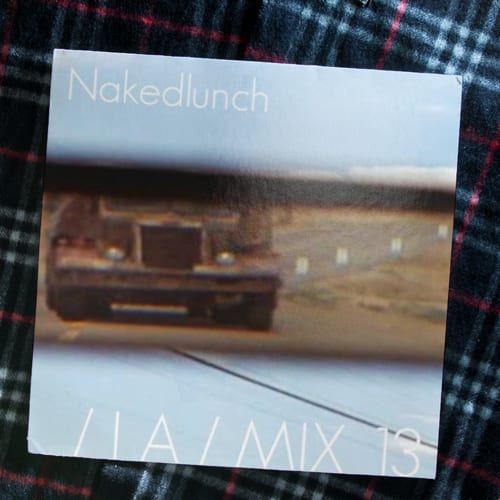 We’re ever so proud to present the 13th exclusive IA mix from the founder of the [NAKEDLUNCH] label. Truly an output of music pushing boundaries, and one in which we freak out over every release. Having put out IA favorite like Instra:Mental, DJ Stingray and Scuba; and with stuff from Boddika – it has, and always will be, a label right at the forefront of our vision.

We hooked up with them over the Internet to get a little more insight into the ethos behind the label, and what we can expect from it in future.

IA: What made you want to start a label?

The time was right and the opportunity was there . I had good advice on the do’s and don’ts from friends who had gone ahead and done their own labels and after many years of thinking about it I actually did something about it.

IA: How did the DJ Stingray release come about? That must be quite an honor putting out some of his stuff.

The Stingray release was something I have wanted to do since the label began. I have been a fan of Urban Tribe’s music for ages and to have something from Stingray on the label means a lot to me. It was important to raise the label’s profile before trying to do a total 360 with styles and put out something that’s not dubstep; but which maintains the label’s sound.

IA: The output recently seems to have shifted from dubstep influenced by techno to something far more recognizable as techno, though still perhaps dwelling round the fringes of it. Was that a conscious move? Does dubstep still excite you?

I don’t think its was a conscious move, There has always been a certain sound I have followed in music and over the last few years that sounds has became more evident and accessible with the lowering of tempos. Where as before I was more of a music fascist, (I still am a little bit), over the years I have learned to stop setting boundaries and just try understand genres before writing them off. There can be good music found in all styles.

I still hear dubstep that excites me , but I’m not into the full on tearout wobbly dubstep that seems to be the norm at dubstep nights right now. For me it’s just a repetition of the whole clownstep era. For me the most interesting dubstep now is coming out at slower tempos, 130/135bpm seems to be the magic number and at that tempo it opens up your sets as a DJ to many different styles.

IA: Boddika is your most recent signing, who also has a release coming on Swamp 81. Could you give us a little introduction and when is his debut 12″ out?

Boddika is Al Bleek From Instra:mental, who like a lot of forward thinking producers these days seems to just be making music he likes as opposed to making stuff in a set style around a predetermined BPM and actually managing to do it very well. The Boddika release will be mastered by the time you read this and hopefully should be in shops by the end of September.

IA: What I really love about your label, which seems to differentiate it from so many others, is how consistently em and yet diverse your output is. What do you see as the criteria necessary for a [Naked Lunch] release?

In the beginning there was criteria, but for a while its been a case of anything goes so long as it’s solid music

IA: I love the artwork for your label. Who is behind the label’s image?

The images were hand drawn by a very talented guy called Mark Hornbogen from Germany. You can check out more of his work here http://www.hornbogen.com/M/M-Frameset.htm.

The design and layout was done by friend of mine from Rotterdam called Mieras and you can check out more of his work at his site http://www.mieras.org/

IA: Anyone else who has been instrumental in the label’s success?

All the artists who took the effort to contribute some of their finest music to the label, The designer for giving up his free time and ST holdings for getting the music out there.

IA: Could you give us a little description of what you have forthcoming and where the label is heading?

The Boddika tracks will be out next , and following that we will have a debut from a young producer called Kevin McPhee , He has a huge output and right now it just a case of selecting the right tracks before the release is ready , after that there is nothing lined up and now its a case of release them as they come.

IA: You’ve very kindly supplied us with a mix for our series, what was your aim with that?

No aim really. It’s a one take mix recorded with serato and some battered vinyl and it features a few forthcoming nakedlunch tunes and some other music I’m really feeling.