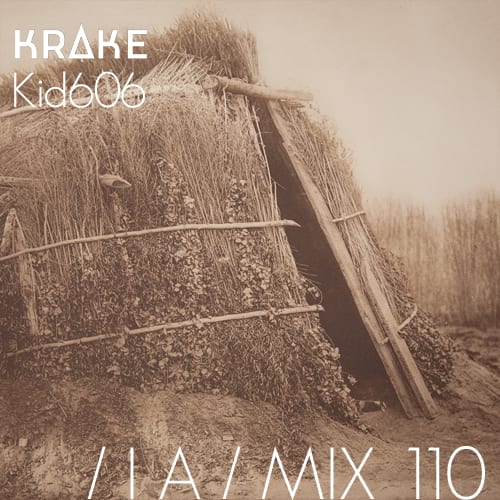 Kid606 delivers the third instalment of the IA x Krake Mix Series with a recording of his DJ set at Suicide Circus from Krake 2012. Over the past 15 years Kid606 aka Miguel Manuel De Pedro has released 17 albums, an extraordinary body of work that explores all types and varieties of electronic music. With a new album on the cusp of release we sat down with Miguel to find about his experience of Krake Festival last year as well as how he is developing as an artist and as label owner.

What you’ve been up to over the past couple of months?

I’ve set up a new studio, I’m living on 5 acres in Joshua tree, California, laid back desert living, lots of jack rabbits, crows, gophers and coyotes, super amazing views and a dream come true as I have always lived in cities and always wondered what it would be like to live in the hi-desert.

How did you get involved with Krake festival last year? What were your initial thoughts about the festival and choice of lineup?

It is a shining light in the Berlin festival scene as it is so unique and different then all the others and always has lots of acts I really like on the lineup.

Your mix is a recording of your set at Suicide Circus from Krake 2012. Can you tell us more about that specific night, the mood you were in as well as the atmosphere in the club?

The club was busy and it was nice to play outdoors but I was honestly a total mess at the time and luckily had some friends around to keep me sane and excited about the show.

You’ve released 17 albums, that’s a huge achievement. Do you plan to release another album this year? If so please can you shed some light on it?

Yes, my new album is called “Happiness” and has been finished for a while and will be out in the fall/early winter on Tigerbeat6. It is super different to my recent output but very similar in style to older releases from way back in the day like “Soccer Girl” or “PS I Love You” but I would like to think it is much more upbeat and modern sounding (in a good way of course)

You’ve explored a vast array of musical styles and genres over the years. Before you started producing music what albums and artists were paramount in the development of your personal music taste?

I think I started producing stuff as soon as I got into electronic music and then got into all the different kinds that were coming out at the time. Before that I liked some of the stuff my mom listened to like The Doors and Paul Simon, and my brother got me into heavy metal and industrial stuff like ministry, helmet, skinny puppy, nine inch nails.

What music are you into at the moment?

Can you tell me about your method of production and how it has developed over the past decade?

I would love to say I had a singular method that has been evolving towards a particular goal, but it’s always been very varied and continues to be so, I am really into trying new things, probably to a fault, in the long run one it’s probably better to just pick a method and stick with it to hone it and perfect it to your liking but I get distracted easily.

You founded your own Tigerbeat6 in 2000 – How do you feel the label is progressing? What’s the label currently working on and how are you developing it?

Well it’s been quite slow this year but in the upcoming future a lot more ambient and techno stuff and things I find more fun and interesting.

Have you aims and aspirations changed since you founded the label?

Nope, but I don’t take it too seriously as I used to.

Do you have a personal philosophy on sound? Where did you learn / hone your production skills?

“Everything is possible, but nothing is true.” I believe that all philosophy must be continually challenged and are not to be rested on. I am continually learning and honing my musical abilities and will surely be for the rest of my life.

How do you juggle running a label with producing records and touring?

Krake recently released ‘Krake001’ featuring your track Juju Voodoo – Tell us more about this track, when did you produce it and what character or atmosphere do you feel the track embodies?

It is two years old and I was super manic then and remember it really cheered me up, for some reason it reminds me of early black dog who are one of my all-time favourites.

What environments or even states of mind do you prefer to write music in?

A clear conscience, freshly brewed tea, no one else around and nothing else to do.

You released ‘PS You Love Me’ on Mille Plateaux in 2001. Can you tell us about your relationship with label founder Achim Szepanski, do you keep in touch these days?

I would love to hang out and catch up for sure as he was always super cool, but I am not really the keep in touch type over distances.

In May 2008 Marcus Gabler, who re-launched the label in 2010 under much heated debate, acquired the Mille Plateaux name. What are your thoughts about the acquisition?

Oh, I don’t know anything about it; I’ll have to look into that. In general re-launching things from other people doesn’t make much sense to me.

I was a vegetarian for a while up until that night and feeling out of sorts and was quite sick until then and for dinner at the club it was the first night I ate meat in a long time and haven’t stopped since and I definitely will not go back to being a vegetarian anytime soon (for health reasons it is just not good for me.)

What are the strangest places you’ve played at?

A side from some crazy house parties and some castles/underground bunkers/hotels/chalets we once did a tigerbeat6 label showcase in a frozen ice truck in Austria on a cold night, it was very conceptual the audience was given hot drinks and big heavy jackets to wear, it was pretty ridiculous.

I’m quite boring these days since I live in the middle of nowhere so just the usual bohemian stuff, lots of reading, some movies, sex, hiking, Yoga, crossfit, I’ve been really into meditation, neurofeedback and brain training.

You are what you make, not who you know.

Here are some of my favourite sayings from others:

“Do not be wiser then necessary, but be wise in moderation” Montaigne

“I would rather be whole then good” and “The most terrifying thing is to accept oneself completely.”~ C.G. Jung

“It’s easier to put on a pair of shoes than to wrap the earth in leather.” ― Chögyam Trungpa

“From a certain point onward there is no longer any turning back. That is the point that must be reached.” Franz Kafka

“Without music, life would be a mistake.” -Friedrich Nietzsche

“You become what you think about all day long.” Ralph Waldo Emerson