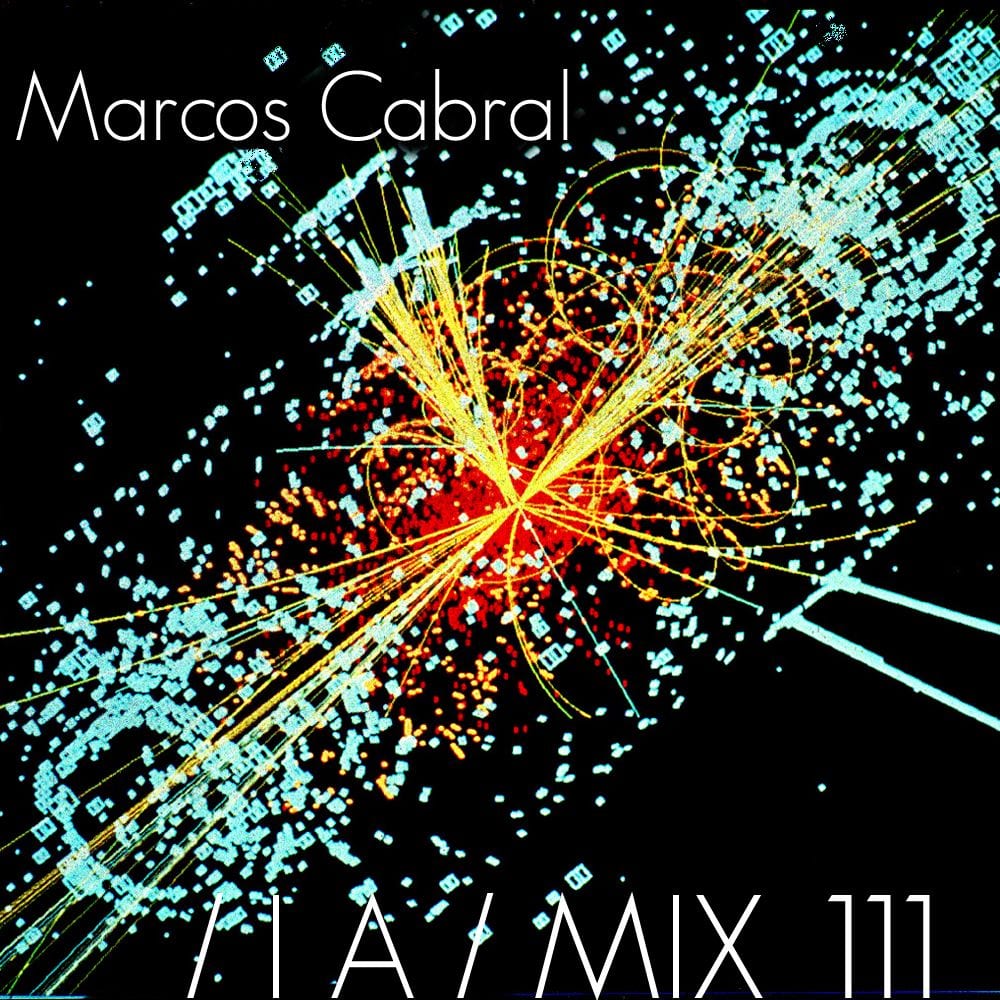 Magnetic tape is just as crucial as vinyl in the development of music in the 20th century. The fact they could be spliced and re-arranged in any way, a tape would never sound the same way as it did the first time you played it. A lot of artists and labels have started to recover archives of forgotten tapes in the last decade. Fortunately the most recent re-discovered tape recordings still got the right attitude to be relevant. A lot of different genres as well. All you need to do is check out artists such as DJ Sneak or Virgo Four and record labels like New York’s Minimal Wave-paradise of old tapes.

On the verge of making his first attempts to produce music, Marcos Cabral was doing what generations of music makers did. Experimenting with sounds and recording music on tapes. Sampling, looping, cutting and splicing it together. Tapes were the easiest and cheapest method to play with sounds and Marcos kept around 100 tapes aside with his possessions. The tapes were re-discovered and with the helping hand of Ron Morelli, his “False Memories” album was created.

To embrace the idea of his album, Marcos’ mix for Inverted Audio is actually one of the mixtapes he made around 15 years ago, which we think is very special indeed.

Your album Solid Nature was recently released on L.I.E.S. You’ve re-discovered tapes you were recording from 15 years ago. What’s the story behind those tapes?

I was just starting to work on music, making music on this programme that was called Sony’s Acid-a primitive wave looping software. I would record loops from a Roland MC303 Groovebox, put effects on it in Sound Forge- a wav file editor and make the songs. Pretty much my first attempts to make music.

So you still have a selection of tapes where you were experimenting with music, recorded on tape.

Yes precisely…I have hundreds of cassette tapes, old rave tapes…In high school I always listened to cassette tapes and always kept them. At the time, when I was making music it was an easy way for me to record and listened to them at home or in my car.

When you record something on tape, when you play them over and over again, the sound never goes out in the same way. Did you record your music on tapes intentionally because of the changes you could have had in the final sound of a recording?

Well, it was just the easy and cheap way to do it at the time. A lot of DJs were making mixtapes back them, I always had a lot of them around.

Tell me about the mix you recorded for Inverted Audio. How and when was it recorded?

It is actually a tape I found along with the songs I made for the album. It’s a DJ mix that I made at that time. It actually might have been a couple of years later but around that time. So it’s a very special mix tape.

Let’s speak about the way that music has evolved in your ears throughout the years. What sort of music were you into when you were recording those tapes?

I was listening to a lot of German Techno, English Techno, Chicago House, Detroit Techno, stuff like that… I was also already DJing, so it was just a reflection of what I liked, a cheap version of it though as I didn’t know what I was doing.

Do you think that it’s really important for producers to know about the evolution of electronic music? Tape music or electroacoustic music?

I don’t think so. I think sometimes if you know too much, it could limit you. If you don’t know the way something is done, then you don’t know if you’re doing it wrong. And there’s nothing bad into doing something wrong.

Going back to your album. It’s a techno album. Sounds you’ve recorded years ago. What was the way you chose the tapes to edit them?

When I discovered the tapes, the first thing I thought is that the sounds are very similar to what Ron (Morelli) is putting out now on L.I.E.S, so I asked him to check out the tapes. I thought it’s kind of funny it sounds current or similar with some of the things that are coming out now. We sat down and picked maybe an hour’s worth out of 2-3 hours of recordings. There was no editing in terms of each song. The songs were exactly the same. We just picked out what we thought were the strong tracks. Nothing was changed of the actual songs. Except…we put out the Long Mixes EP, and I made extended versions of 3 of the songs, just to make it more DJ friendly. The only thing that I changed is that I made them a little bit longer, so I extended some parts.

You’re a collector of analogue synthesizers. Is the collection bigger now?

I would say it’s slightly smaller. I’m buying and selling them a lot. I’m always thinking I should purchase something different, bring them home, read the manual, make some tracks with it. If I’m not crazy about it, I end up selling it. I enjoy the research.

When did you pick up your first synth?

For a long time, I was making music on the computer. Then maybe 7 years ago I started buying synths.

Are there any kind of criteria that you would suggest to someone that wants to work with analogue synths, how to pick them?

You could pick up your favourite records, look how they’re made. Take a look what kind of gear it was used to make certain sounds. We learn from copying, so you copy your favourite artists to begin with. Even if it doesn’t come out sounding the same, it’s a starting point.

Do you have a favourite synth then?

My favourite synth is the Roland Alpha Juno. It still has the Juno sound, but it feels like it’s very versatile. It’s known of being used in a lot of the Drexciya records and it kind of has that sound that I really love.

Do you tend to get together and technical with your music friends on synths?

A lot of my friends that work on music are kind of in a similar situation as me. They have a lot of gear, especially a lot of the L.I.E.S artists I know. They’re working with a lot of external gear so yes, we tend to get together a lot.

Do you have to have the knowledge of an engineer to use an analogue synth?

I don’t think so at all. You don’t even need a keyboard, as long as you have a sequencer to trigger the sound. You can do whatever makes you happy. It could just be noise, if that noise sounds good to you then it’s good.

What are you doing at the moment?

I’m touring a little bit. I have a tour coming up in September and then a European tour in November. I’m playing at Fabric on the 30th of November and in Bristol November 8th. I have another L.I.E.S EP coming out in a month or two, which is new music. I’m also working on some new music for a L.I.E.S compilation that’s coming out soon. I’m pretty much staying with L.I.E.S in terms of releasing music.

I like the way Ron has been handling the label. It just works to my favour, we’re close friends and we both know what we want. There’s no nonsense! Ron is actually now moving to Paris…

What about you? Are you going to continue being based in New York or move somewhere around Europe?

No, for now I’m going to just stay in New York. I’ve lived here pretty much my whole life!

Tell me a favourite thing to do in New York?

My favourite thing is just to go to a different neighbourhood, over an hour away. New York is such a big city and if you go on the subway for like an hour, when you get off you feel like you’re in a different city.

In London we tend to localise a local. When you live in East London for example, it’s more likely to hang out in places that are around you. Do you tend to do that in New York too?

I would say for me it’s North Brooklyn. I live in Green Point, which is just next to Williamsburg. I could stay within a kilometre radius. Everything is here -and I know some people will hit me for saying that-but it’s easy not to leave the neighbourhood.

It seems to me that L.I.E.S’s crew have a really big effect and support on the younger generation. Do you have a motto in life to share with them?

My motto is to just keep doing what you love doing…Nothing bad will come out of it!