Lithuanian native Manfredas has spent years developing his chugging, psychedelic sound that is manifest throughout his DJ sets and his productions, appearing on labels such as Les Disques De La Mort and Multi Culti.

His commitment to the Vilnius nightlife scene is seen across his efforts helping to run the music-focused Amadeus Bar, as well as being the brains behind the Smala night at Opium Club, holding a residency there since it first opened a decade ago.

To accompany his mix, we asked Manfredas some questions about the scene in Vilnius and how he’s been spending the past few months in lockdown, plus his experiences with numerous Lithuanian ventures including the fantastic Ant Bangos Festival. 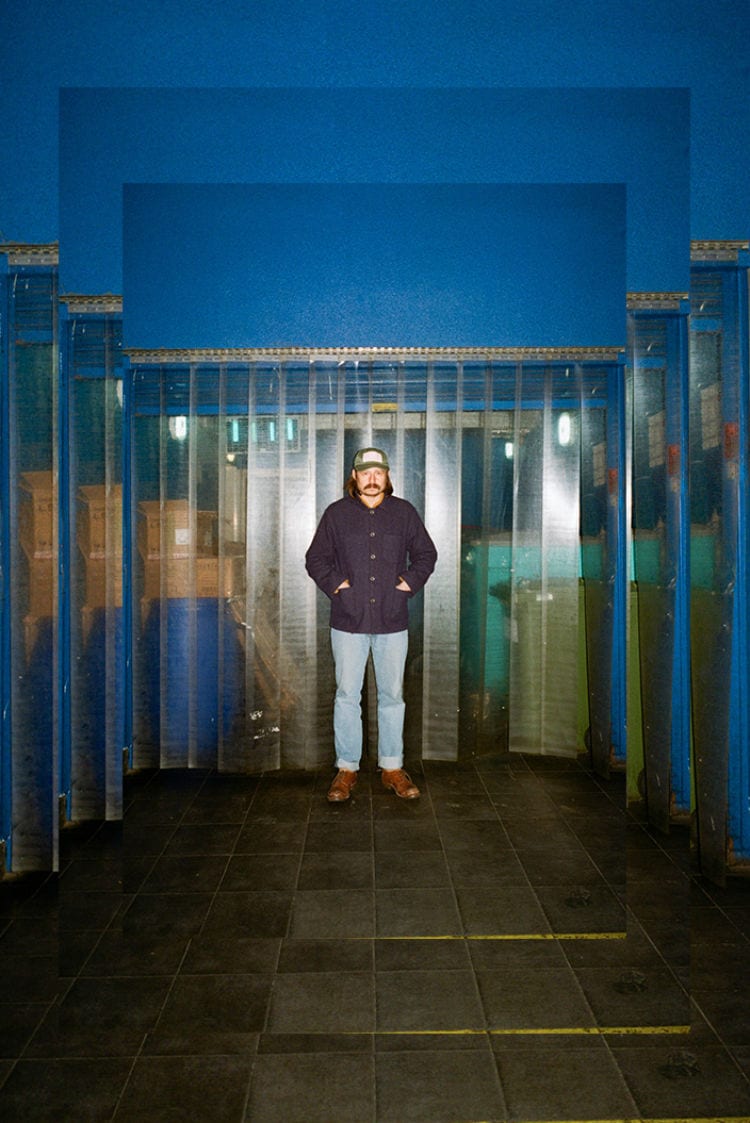 Thanks for taking the time to put together this mix and answer our questions. We hope you’ve been keeping well during these turbulent months. Where have you been hunkering down and what has been keeping you busy over these past three months?

I spent the first two months of quarantine on a spartan diet of studio time and my home in Vilnius. Lithuania handled the virus thing quite promptly, we were one of the first ones in Europe to re-open the outdoor public spaces so I’ve been back to work for a couple months already.

I’m running a little operation with friends in the old-town of Vilnius and even though because of the circumstances we had to change the shape for now from a small venue/DJ bar to just lounging outside, it’s still a lot to do. In the last few years I’ve been trying to minimise my duties strictly to the things that involve music, but I’m happy to have some work when the touring has stopped.

Tell us about this mix? Where and how was it recorded, was there a specific approach with selecting these tracks? And what is the overall atmosphere you have attempted to create?

This mix was recorded three months ago, so it’s more reflecting that time. It was the beginning of lockdown and everybody was going esoteric with music for plants so it felt right doing a dance mix, which I rarely do anyway. If I had to do one today, it would be made of Luke Vibert tracks because thats what I’ve been listening to today. I think “Slipped Disc” is the reason why I started to make music.

2020 was set to be a big year for you, with Ant Bangos Festival, Dekmantel Selectors and Houghton Festival all on your agenda – you must be gutted that these aren’t happening anymore! Despite the negatives – what positives have you experienced during lockdown?

All of the nice festivals are rescheduled so I don’t mind having a good year later. 2020 has been pretty messed up anyway – Andrew Weatherall’s passing was a big shock, the virus and basically everything you see on the news. Crazy that it took a pandemic to realise some things properly. I’m ok to take it easy in 2020, there’s a lot of things to reconsider. Gotta stay focused and beat the de-elevator, as Prince put it.

How have the authorities of Vilnius been in terms of supporting the artistic businesses in the city during the pandemic? Have you been happy with their response or is there room for improvement?

I’m sure you saw Vilnius hitting the pages of the world press because our city has really eased the regulations for bar operators allowing to basically re-open Vilnius as one vast open air cafe. It helped many businesses in the town and the change of the vibe is seismic, but that’s only my perspective as owner of a music bar. There are layers to everything and I won’t bore you with the full details. While the mayor is making some smart moves, the government is often going backwards. It’s a tricky time and some changes can be crucial.

You’re a key member of Opium Club. Do you think the club will come back stronger post-Coronovirus? And what situation should people expect when the club is back open? (Dancing / no dancing / masks / no masks etc.)

We’re already allowed to do events for 200 and soon 900 people outside and I just recently played my first gig. As you can imagine people are going nuts and that’s a little bit worrying. But, maybe it’s just me, because I’m always on the phone with friends who live in London or Moscow or North America, and I’m aware of the situation there and that the world just might never be the same again.

Everybody is going back to their roots — you’ve heard that a trillion times already — but there’s definitely real gratitude for music and togetherness going on right now, things you could experience very rarely before.

Opium and others have scheduled a lot of outdoor events for this summer and there’s gonna be a lot of time to reconnect with people, but real challenges are still ahead. Nothing but guessing and speculations of how things will have to go inside in Autumn, so I won’t go there now.

Opium Club seems to be a bit of a hub and, by all accounts, a really fantastic place to DJ and party. Could you tell us a bit about the club, your involvement and some of your personal highlights that took place at Opium in 2019?

I’ve been a resident since day 1 and grew together with Opium Club. It’s definitely a hub, a scene, a community centre, all these things and I’m blessed to be coming out of that. It’s a big force behind everything that I do with music. Its success is built from enthusiasm, love and a deep knowledge of culture. Massive shout out to Vidis, Karolis, Paulius and everybody else at the HQ. Same old rhapsody from me – Opium is one of the best clubs in the world.

The last night with Andrew Weatherall, which we did off-location, was something else and fuelled the idea that the city is ready for much bigger events outside the club. The monthly night I do with 12 Inčų Po Žeme is going steady for eight years now and I had a couple of sweet B2B’s last year with Ivan Smagghe and Haai. I get on great with these two, they’re some of the closest to our club family. 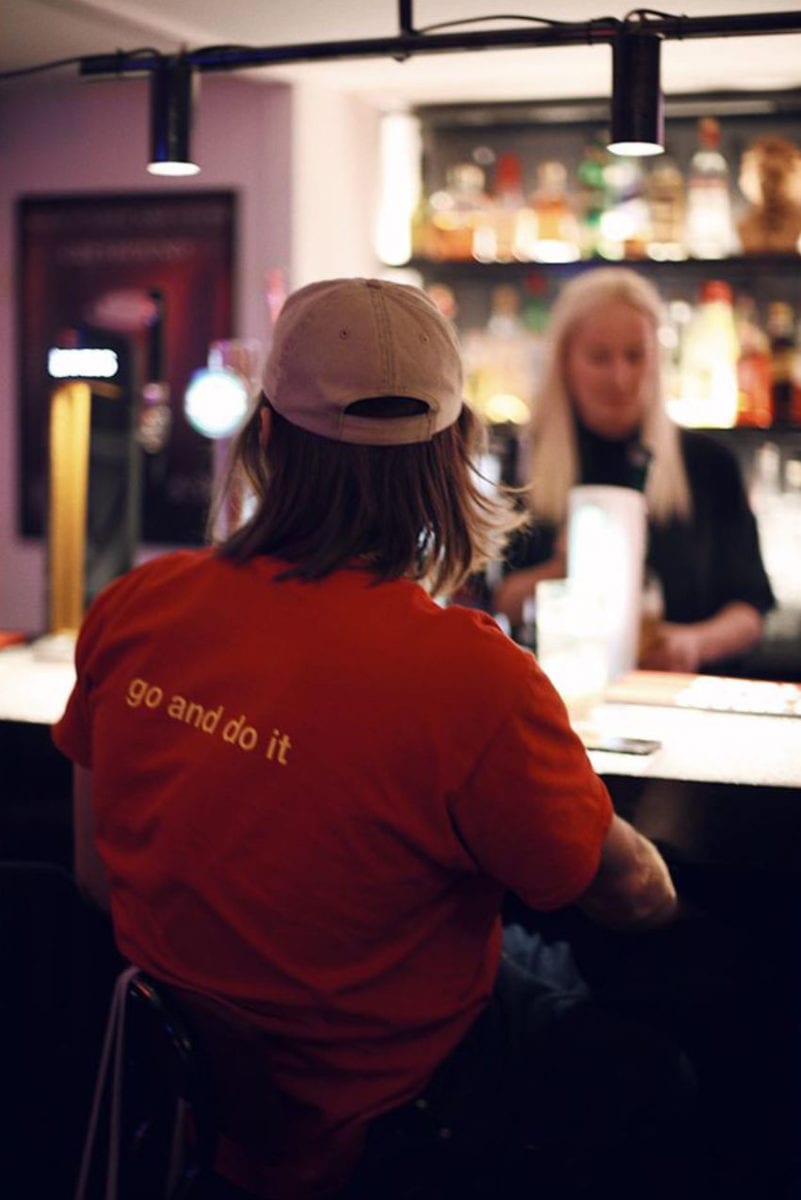 You also run a bar named Amadeus. For those that have not been, what’s so special about the venue — and what should we order at the bar?

We will be celebrating our second birthday soon, finally able to invite some friends to play music too. It’s been a good ride. Obviously it’s a little complicated these days, but I want it to be a proper DJ bar where details and music are selected carefully. And it’s not too loud.

We are open to a lot of young people and it’s not strictly business logic driven. There’s not much financial sense to book international DJ’s to play at a space for 70 people, but we still did that once a month for almost two years, bringing favourite players from the most interesting niches of Europe to share their music intimately. That’s a dream come true.

Cocktails are a specialty, but I’m on dread-free drinks for a while now so whenever you visit, coconut water is on me.

Have you had more time to focus on making music, spending time with your family or planning future endeavours?

That was the only right thing to do. I’ve been doing some serious shifts in the studio, treating it like work. I have also started a couple of labour-of-love projects and hopefully soon I will be able to spread some news about some more additions to the city life.

Are there any up-and-coming producers and DJs in Vilnius that we should keep an eye out for?

Check out Pijus Džiugas Miežis for some emotional modular vibes, Maps is the best jazz drummer around and he’s been into writing some superb electronic music lately, I’ve been connecting with Brokenchord too. He seems to have even more serious overthinking issues than me, but there’s some great music on the way. There’s a fresh track of his in the mix. “Juoduomenė” is kind of our sister night in the club, with tastes in music I dig a lot.

You’re also a part of the excellent Ant Bangos Festival. Unfortunately, this year’s festival isn’t going ahead, but hopefully, we’ll be there in 2021. As someone who’s played many different festivals, what makes Ant Bangos special in your opinion?

Over the past three years I have had the privilege to play the closing track in the mornings for people drowned in all kinds of ecstatic states possible, dancing on the beach. I always think a lot about that last track and in a weird way it’s like the entire year of DJing leads to that one moment.

The festival ends the club season here, so it’s like you are always playing at the finals and everybody’s a winner. Something like that. For me it’s a beautiful moment to thank the crowd, and vice versa, I’d like to think. I was lucky to play places like Mayan Warrior art-car or Camp Cosmic, which are very special in their own right, but nothing beats that one last song in Nida for me.

Finally any words of wisdom / warning to share with us?