When 100% Pure reissued Steve Rachmad aka Sterac’s 1995 opus, ‘Secret Life of Machines’ in 2012, the released coincided with the birth of the “new minimal” (something Rachmad touches on in our interview below) where DJs were mining deeper sounds and not shying away from the Detroit melancholy that courses through that record. This sound was perfect for the shapeshifting Rachmad who can move seamlessly between disco-scented electro and no-prisoners 145 techno.

Nearly a decade on, Steve Rachmad is not slowing down. Although his most recent releases both under his own name and the Sterac alias, have tended to veer towards more European and heavy-hitting techno, his music still pays homage to the Midwest origins he discovered back in ’86, with bursts of melody scattered throughout.

Steve Rachmad turns in a no-holds-barred live set under his Sterac guise recorded at a small Sunday party at Razzmatazz club in Barcelona from November 2019. It’s a portal into a world that feels distant to us all now and although it may feel bittersweet listening to this set, Steve Rachmad remains positive that we can all use this time to focus on what’s real and important, even if that means returning to a techno world that is different than the one we left. 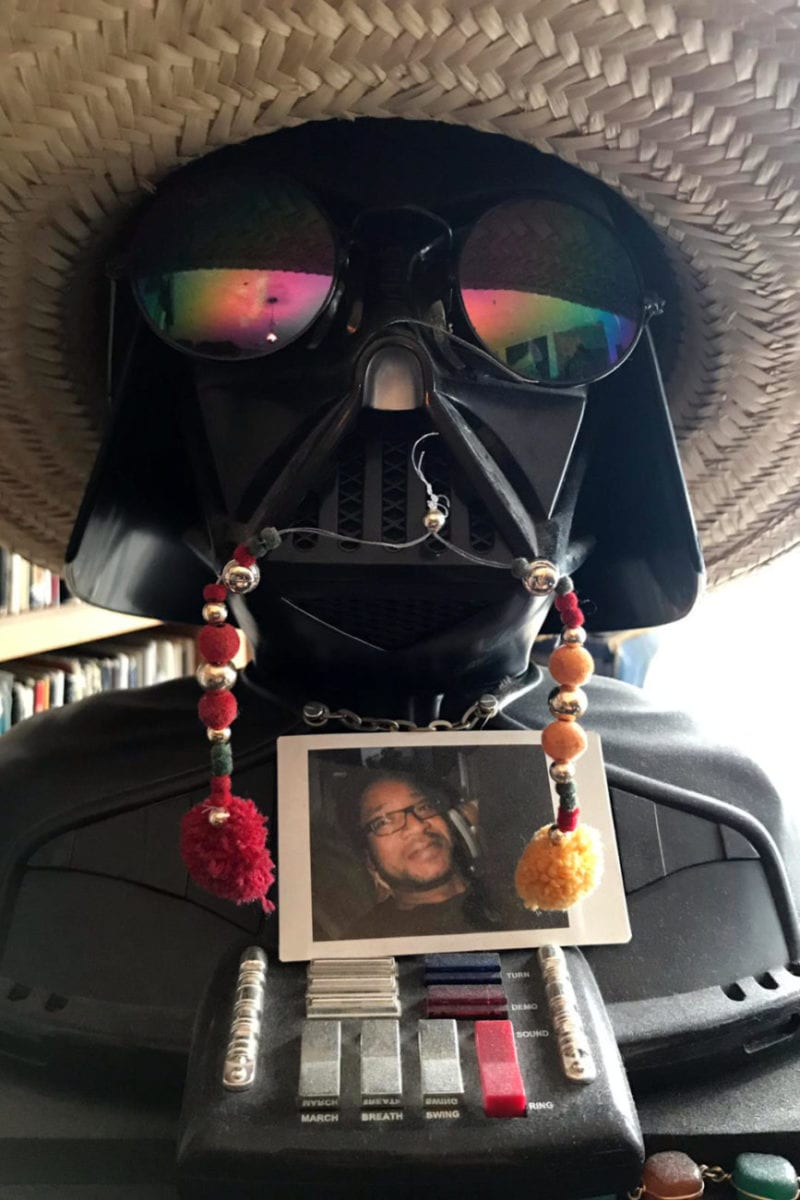 Hi Steve, we hope that you are doing well in Amsterdam. How have you been doing over the past few months? What has your quarantine routine been like?

Thanks for asking. Quarantine is still on, it’s not over yet. I’ve been going through lots of ups and downs like many of us but I have my escape and a safe place in the studio whenever I can.

Whenever I can means in this case whenever my mood lets me because my mood changes a lot during this corona period. For the rest I am surviving; doing new things like meditation, cooking, playing online games with a nice group of colleague artists and I also started to study online with a help of YouTube tutorials – just in case a bomb explodes in our industry, to be at least a little bit prepared.

It has been 5 years since we produced that Selectors film with you for Dekmantel – are you still based in the same house, studio and district in Amsterdam? How has your environment changed since then?

Since then a lot has changed; I am in a new relationship and a new house but I’m still in Amsterdam. The change of house put me through a long adaptation process again; it took a while to get used to the acoustics of the new studio room. But in terms of a setup, it’s quite similar to the old one, so that’s nice.

How and where was this mix recorded? It has a raw and live feeling to it – I’m wondering if that is important to you when putting out this mix?

The mix was recorded at a really nice small Sunday party in Barcelona last November, in the small room of Razzmatazz called Lolita. It’s been a while since I came across such energetic, passionate crowd; real techno lovers who wanted more. As you can imagine, this is proper food of inspiration for a DJ.

On that note, I feel like a lot of mixes that people are putting out during quarantine seem to be aimed at home listening, but this mix is bare knuckle club fare from the outset. What is your thinking behind putting out such a club-focused mix?

I could have taken you on a musical journey of many sorts. During this long world-wide lockdown, I can imagine people crave for techno and the dancefloor. Hopefully this can be possible soon, and in the meantime, here is some music to bring the party to your home.

Both your own name and Sterac alias have always been your more techno-focused;  can you talk a little bit about what excites you about techno and if you think it techno will survive or transform as a result of people not being able to dance to it in a club and DJs not being able to play it infant of a crowd.

It’s a thing that is almost not explainable. It’s a feeling I have deep inside that I have since the first time I heard it back in 1986. It touches me, moves me, and inspires me. I think techno will always be here. I believe that too many tracks are called ‘techno‘ these days and way too many DJs claim to play techno.

Another way of looking at it is that it has transformed into different streams already, which adds to the longevity of its survival. And sure, there will be new off-springs of techno but there will always be people who will not forget and will always respect where techno comes from.

I was reading an old interview and you discussed how you used to be a “speed freak” in terms of BPM. This mix has some pretty blistering moments, I’m wondering what you make of the current increase in tempos? Are you finding yourself tempted to play faster?

Haha yes, I was playing up to 145 BPM in the past. And no, I’m not tempted to play faster – I’m already doing that. To be honest, it feels good to be able to play faster BPM again. You can create a totally different energy.

I feel your releases, while certainly remaining true to techno, have changed over the past two decades. The early releases feel very Detroit with even hints of early IDM. Your more recent stuff feels a bit more, for lack of a better term, European, aimed squarely at the dance floor (whether it is techno or the even housier stuff like “Sabre”). I’m curious how you feel the work being released under your own name has evolved and also how it has remained the same?

I have to be honest – you are right, my music has become more dance floor orientated, also due to all the travel and being a lot in front of dance floors. But from the inside it itches to do more emotional techno again like in the early Sterac days. All I can say is that it will happen any time in the near future. I cannot resist going down that path again.

Through your various aliases, it’s almost like you’ve created a mini universe complete with its own sets of characters. Why has it always been so important to you to maintain so many different monikers? What projects are you working on now?

Back in the days (early ’90’s) labels wanted to have exclusivity (already then haha), while I simply wanted to put out music. In order not to be restricted to one label, I came up with aliases and a few of them I connected to a specific style.

Nowadays I don’t use many of them anymore: just Parallel 9, my dub techno side; Sterac Electronics, my electro/disco/80’s side; of course Sterac, and my own name, which in a way could be anything, but no heavy techno in general; more housey/musical stuff.

Before COVID-19 shut down the entirety of nightlife, it seemed like the Netherlands was fast becoming a rival to Germany as the heart of European nightlife. You’ve been instrumental in shaping the country’s scene. What do you think the state of Dutch techno is at the moment? How has the scene changed?

Hmm, to be honest I can tell a story here, but I feel it all does not count anymore due to the situation we are in at the moment. So I’m sort of not able to answer this right now. We are going through a reset and I cannot tell which direction this will go.

Generations switch and so does taste – additionally, people are creatively trying to survive this mess. I cannot say with certainty that we will go on where we stopped. I do hope we will be brought closer together and focus on what’s real and important and that we will collectively find a way out of this uncertain time. You should ask me the same question in 2021.

In terms of your own personal touring, it seems like you were playing more than ever! After three decades in the game, what keeps you excited about DJing and touring?

At first I saw the upcoming of the “new minimal” as a negative thing but in the end it gave everything more variety. I was able to play housey sets and techno sets and could hop between different scenes, which kept me going all these years.

There was a moment that a change was needed. Also this gave me the extra inspiration to keep on going, giving me variety, continuous breath of fresh air. Physically, it’s very tough sometimes, but to be honest, next to studio production, I really cannot see myself doing anything else.

What’s next on the horizon for you? Scrolling your Discogs page, it seems like your Sterac alias has been the most active as of late. Any releases or projects under that moniker or others?

At the moment I am busy with several monikers; The last few months my focus has been on a big project to accompany a book by a Pulitzer writer. I am trying to finalise this as we speak; I did a remix for Joris Voorn which still has to come out, as well as a remix for Geatek (Gaetano Parisio).

Also remixes for Joseph Capriati are in the making, under different monikers. A collaboration with Steve O’ Sullivan is in the wait. For the rest I’m waiting for some answers from different labels. Thank you for your time! I wish you and your dearest a lot of health and positivity!