Black Point seemingly arrived out of nowhere in 2015 with an EP of broken and wonky club tracks on Lowtec’s low-key imprint, Out To Lunch. Two years later he released a split 12″ with Leipzig analogue king, Kassem Mosse, which saw Black Point working in a new mode, offering up a track that RA described (in a feat of journalistic gymnastic) as “evoking vintage jungle, spangled footwork and downtempo house at once.”

After that release, the suburban New Yorker went quiet, focusing on his career in marketing instead. Now, Black Point, real names James Cook, returns with an exclusive mix for Inverted Audio composed entirely of his own music. What he delivers is a further taste of the more experimental and cinematic territory, music made for “a car on a scenic back road.”

Landing somewhere between an album and a mix, this set of entirely unreleased productions titled “Dighton Rock,” tells the story of, as Cook explains below, “the best preserved petroglyph in New England.” Moving between hip-hop, rave, ambient, IDM, and house, it’s an impressive set held together by the type of melancholic wanderlust familiar to anyone who has driven through New England in the fall. 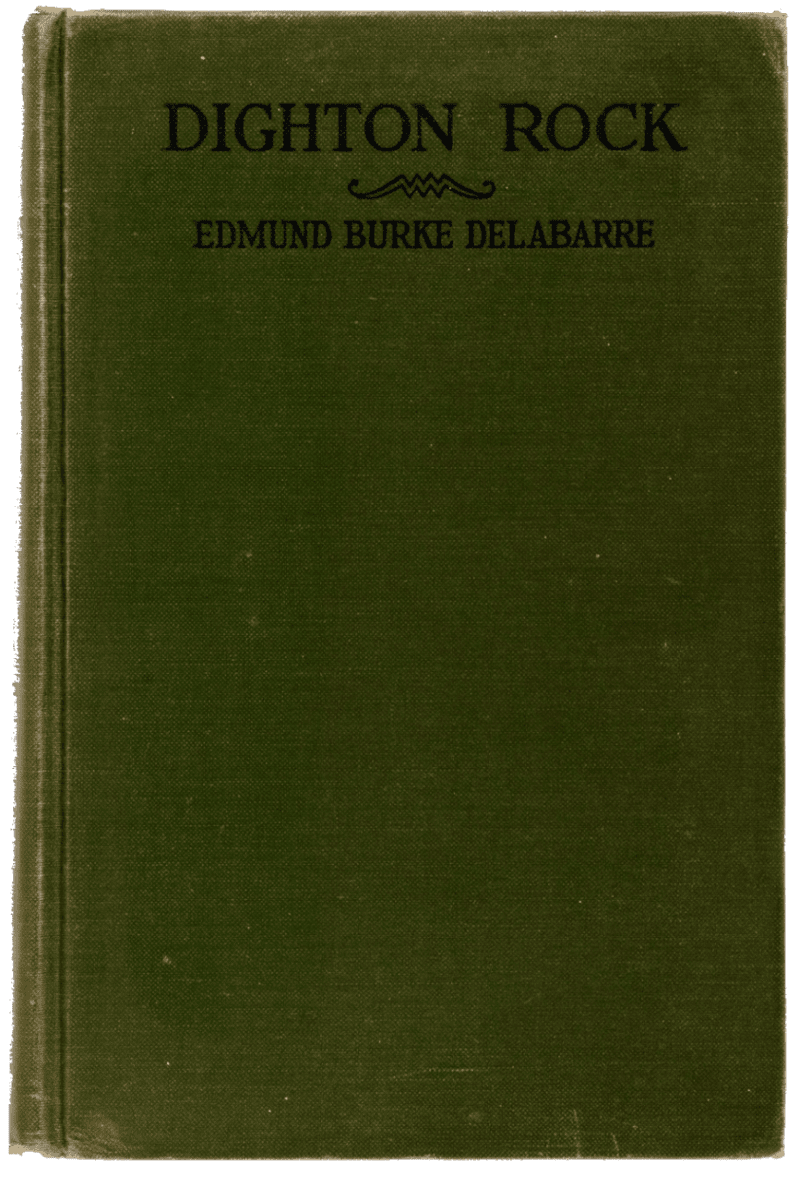 Thanks for the mix, James. What have you been doing to stay safe and sane for the past few months?

My pleasure, thanks for the opportunity to share it with the Inverted Audio community!  I’ve been working my 9 – 5 job remotely from the burbs of New York to stay safe, and working on this mix to stay sane.

You are likely a new name to a lot of our readers. Could you tell us a bit about your background?

Sure thing. I picked up Ableton in 2008 to record sappy piano ballads, but quickly realised it was easier to program drum patterns. Within a few months I was signed to a UK house label and trying to make big room tracks. It became apparent that I was bad at this, so I just started making genreless, weird electronic music, and I’ve been doing that ever since.

In your introductory email to Inverted Audio, you mentioned that you produce music as a “hobby.” What else do you do besides music? How do you balance these aspects of your life?

I call myself a hobbyist out of respect for the artists who put it all on the line for their craft. I am a marketer by profession, not a musician, and I chose that career path because the job performance is objective. Since music isn’t tied to my finances, it remains a pure escape mechanism for me, and I consider myself very fortunate to have it that way.

This mix really feels like it borders on an album with the way you’ve sequenced the tracks. What sort of story were you trying to tell? Why was it important to release these tracks as a “mix”?

This mix tells the story of Dighton Rock, which is the best preserved petroglyph in New England.  For centuries, historians have tried to establish the meaning and origin of its enigmatic engravings, but their interpretations have always been more of a reflection of the interpreter than the rock. I wanted to release this as a mix, because a mix is befitting of folklore, whereas an LP is befitting of a novel.

Your first releases were on Lowtec’s Out To Lunch label. I would love to hear how you got connected with that label and scene.

I reached out to Jens Kuhn (Lowtec), because the uncompromising, leftfield approach of his labels resonated with me. I ended up finding a home on Out To Lunch, which is more electronic leaning than Workshop, and it’s been a perfect fit.

On your first EP, you can really hear the influence of Lowtec and the whole Out To Lunch/Workshop scene. Those tracks were certainly weird, but also definitely dance music. But on the split with Kassem Mosse, you seemed to move into a different direction – the tracks are really beautiful, but feel further afield from the club. What precipitated this shift?

My style shifts with where my head’s at: when I was 24 and producing EP 1, I envisioned my music being played out at a Berlin nightclub, today I see it being played out in a car on a scenic back road.

On that note, this mix sounds closer to that split. There are a pretty wide variety of sounds on display here, with traces of hip-hop and even what we used to call post-dubstep alongside the usual cast of characters (I swear I even heard what sounded like a mentasm riff at one point!).  Can you tell us a little bit about your influences and what sort of music you are listening to now?

Yeah, you’re definitely picking up on the rave influences. I’ve been listening to the new Foul Play reissue on repeat recently, and a lot of early 90’s music in general, whether shoegaze or jazz rap, that definitely comes across on this mix.  I think I’m drawn to that era out of wistfulness, maybe a lot of people are at the moment.

There are voices throughout your music, but it doesn’t feel like you are using vocals per se. How do you approach voice in music? What are your thoughts on vocals in dance music more generally?

I use vocals to add tone to my tracks, it’s a layer, not the substance of the composition.  I think vocals in dance music can be either extremely effective or extremely grating, there’s a fine line.

I feel like there is a slightly melancholic tone to a lot of your music. Is this intentional? What draws you to making “sadder” music?

Did my wife tell you to ask that question, haha?  Honestly, I just think there’s more emotional depth to sadness than happiness (my Irish ancestors applauding in the background).

Does this mix mark the return for you releasing music? What do you see on the horizon for the Black Point project? What about any touring?

Absolutely, I’m working on EP2 for the Black Point project as we speak, and am excited to be back in the saddle. The only touring I’ll be doing if this lockdown continues is from my bedroom, to my office, to my kitchen.

Finally, we also want to know: what keeps you happy and what really pisses you off?

My wife and I have found a lot of solace in observing the wildlife in our backyard during these last few months. The squirrels in particular have been a wonderful comic relief.

Zoom virtual backgrounds really piss me off, they were funny for the first three days of quarantine, let’s just see your real background now.

1. The King-The Priest-The Idol
2. A Ship Without a Mast
3. Skraeling
4. New Phoenicians
5. The Waste of Time Behind
6. Them That Were There Before Us
7. I, Miguel
8. Anantaman
9. One Whom We Mourn