In recent years, Copenhagen has enjoyed international acclaim for the high speed, trance-infused techno that has been bolting out of the Danish underground. Following his debut EP, ‘No Sex Only Feelings‘, on Repro’s Euromantic label, plus track contributions on Mama Told Ya and‎ Kulør 001 – the inaugural compilation from Courtesy’s label – Sugar’s output has been rightly commended by the electronic music community.

Sugar’s impact on Copenhagen’s nightlife cannot be underrated, his role as a founding member of Fast Forward Productions has been indispensable in exporting Copenhagen’s sound to the world. To celebrate the release of his ‘Horsepower‘ EP on Kulør, Sugar steps up with a divergent mix of Warp heroes, collaborations and personal productions that show an alternative side to the producer. In the interview below, we attempt to delve back into the mindset that ‘Horsepower‘ EP was forged in, learn what it takes to establish your own crew and how he has been making the most of his time during lockdown. 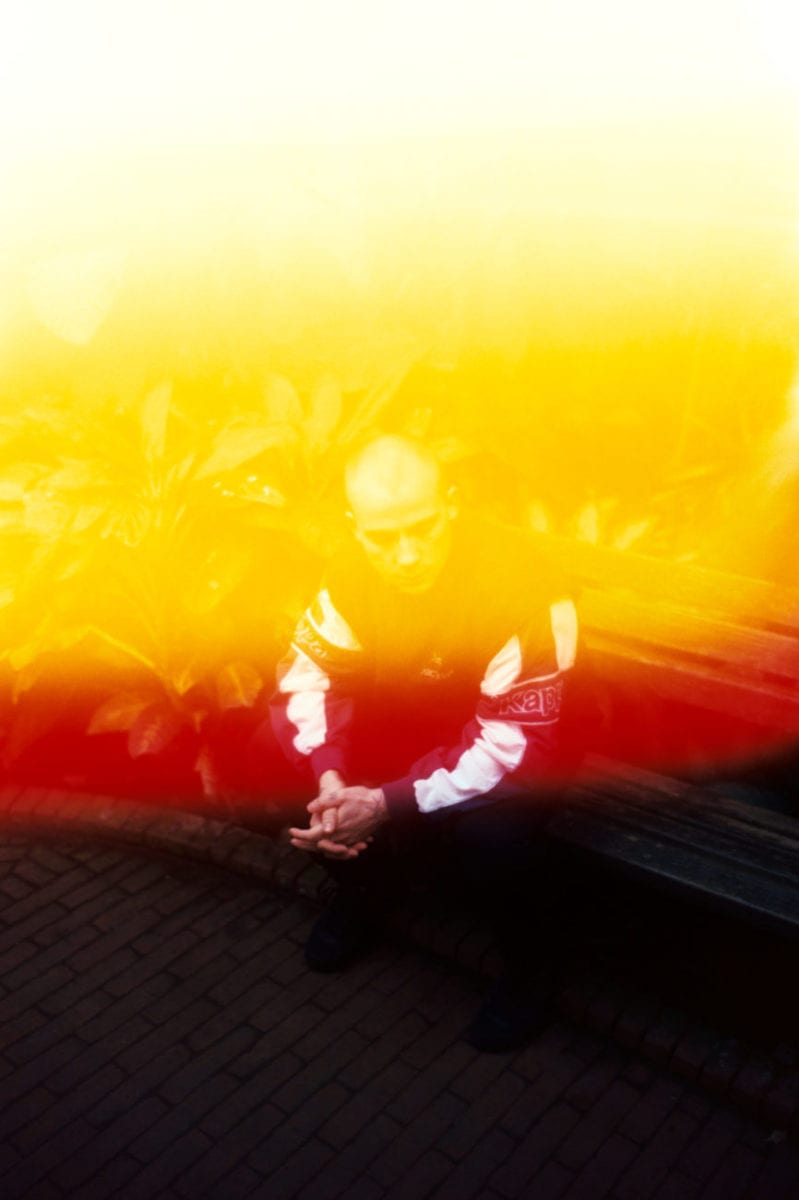 Hi Sugar, big thank you for the mix – please can you talk us through it?

Thanks for having me for this mix and interview! All the mixes I’ve been doing so far in my time working in electronic music have been mainly techno-oriented mixes, containing a lot of unreleased stuff from myself and my friends in Copenhagen and abroad mixed with stuff that I enjoy playing out.

Since I’ve been focusing on making different stuff than straight techno for a long while, and mainly been seeking inspiration elsewhere, I’ve chosen to do a mix containing more ambient stuff both from myself and collaboration projects I’m involved in, and some of the stuff that I’m listening to a lot.

The mix is made on my studio console and mixed with layered stuff and run through a lot of the gear I use for adding some effects and textures when producing my music. I wanted to approach it a bit differently than I usually do when making mixtapes.

‘Horsepower’ EP is out now on Kulør. How did you approach this extended player – is it a curated selection of music from the past, or entirely new music?

The music was written over the past year and was curated by Najaaraq (Courtesy) and I. We wrapped it up when we felt the right four tracks were there. I’d been experimenting a lot over that year sonically, finding new ways of recording and so on, so these tracks ended up making good sense together I think!

Is the mix influenced by the release of your ‘Horsepower’ EP, or are you pushing a different type of sound here?

Not by the sound or energy of ‘Horsepower‘, but the mix is definitely a selection of tracks and acts that have been a huge inspiration over the last long while!

You stated that the EP was created during a period of intensity for you. Are you happy to share with us the spaces which influenced the music, and how you think it has impacted your music?

The past year I’ve gone through a lot of change and transformation in my life, positively, but also in ways that have not been so easy. I’ve found healing and also inspiration in the use of various psychedelic substances and mind exploration, while making the music but also just in general. So I guess while all this has been going on, I’ve found a way of expressing some of those experiences in my music.

The specific experiences that have taken place are too private and complex to describe, I think, but maybe people who have had the same type of experiences can relate while listening or even raving to the tunes. If not, at least it has made sense to me and something positive has come out of it in the end.

You are a founding member of Fast Forward, a collective of vital voices in Copenhagen. What is your role here now, after the collective has hit its stride and gained traction worldwide?

My role in Fast Forward nowadays is more in the background. Lukas, who I founded Fast Forward with back in 2015, left FF last year. Anders, my colleague and friend who joined us a year in, has now taken over the daily running of things, both in terms of organising the events and also running the agency.

We still have regular meetings and make all major decisions about everything together, but he’s the man behind the wheel and without him there wouldn’t be any Fast Forward, to be honest.

I took a decision 2 years back that I wanted to focus all my time and energy in making music, so I don’t have the physical or mental capacity to also be organising logistical matters on a full-time scale which an operation like Fast Forward demands, but Anders is also a much better organiser than I’ll ever be, so the constellation is perfect as it is!

Can you please describe, to those of us not in the city, how you feel Fast Forward and its related artists have impacted the city of Copenhagen’s nightlife? Is the collective a reflection of a scene or more of a divergence from one?

A bit of both I’d say. Fast Forward was founded as a reaction to what we felt was missing in Copenhagen nightlife. But both we and the scene [here] have evolved so much since we started out.

I guess you can call it divergence from the mainstream nightlife here too, but I think we focus more on doing what we believe in and helping each other in achieving the goals we have individually and as a community than we do in trying to distance ourselves from what else is going on.

Do you have any advice for individuals or groups who are looking to create a similar group to Fast Forward?

In terms of music production, I guess my best advice is to put in hard work and lots and lots of hours in developing your technical and musical skills. Your vision for what you wish to express is the absolute key. Talent, in my opinion, is 5% and the rest is the amount of effort you put in.

And in terms of creating a community I think the same applies, but what we’ve realised over the past years is that working together, empowering and supporting each other – instead of competing – has taken us where we are today.

It’s difficult to discuss long term plans at this moment. That said, what do you look forward to in 2020/21?

I look forward to spending lots of time in the studio with myself and my friends, and hopefully keep developing myself musically. That’s mainly what I can think of at this given time, and what I’ve been realising during this weird time we all have been going through around the globe. Luckily, I’m very privileged to be living in a place and time in this world where this is possible for me.

How do you find the current situation? Have you been able to find time to rest and rejuvenate, despite the obvious hardships incurred by a lack of gigs, or has the lockdown situation been a period of difficulty?

Personally, this time has been vital for me in realising what’s important in my life, both on a personal level, but also creatively. And to be honest, I’ve benefitted a lot from not playing all the time and getting back in a normal sleep routine and daily rhythm.

It’s different from person to person, but for me playing all the time is not benefitting my mental health, so I’ll definitely be taking what I’ve learned from this into consideration when the nightlife opens up again and we all get to be playing and traveling again.

There’s a lot of talk of “Saving the Scene” and also of overturning some of the more toxic or backwards facing elements within it. Beyond what we have to do collectively, to make this happen, have you any thoughts about what an individual can do to make an impact?

It’s hard to say what people should and shouldn’t do, as this is unique to the individual. To me it is clear that I needed to learn to listen to myself and take stress and exhaustion seriously, in order to be able to keep doing what I’m doing, both in terms of Fast Forward, but also in my creative work. So that’s what I aim to keep doing.

Thank you for having me.