There is a meticulousness to Dauwd‘s music – he isn’t looking to turn out big tune after big tune, but is instead focused on arrangement and multi-layered textures in his productions. That said, the Berlin-via-Wales producer still has an eye for the dance floor, as evidenced by the photos featured in the gallery above.

Following a well received album on Technicolour, which split the change between deep house and ambient abstraction, he took some time off, returning in 2020 with an EP on his and Dave Redmond’s newly coined Psssh Records, which nestles slivers of golden era tech house chug alongside hip-hop swagger.

His 90-minute podcast is sprinkled with his own productions, similarly showcasing a wide range of house, from smoky and jazzy to jacking and tribal (with a brief detour into Brazilian carimbó). In the interview below we discuss the makings of his new record label, his approach to slowing down his production schedule and making sure not to take your work too seriously. 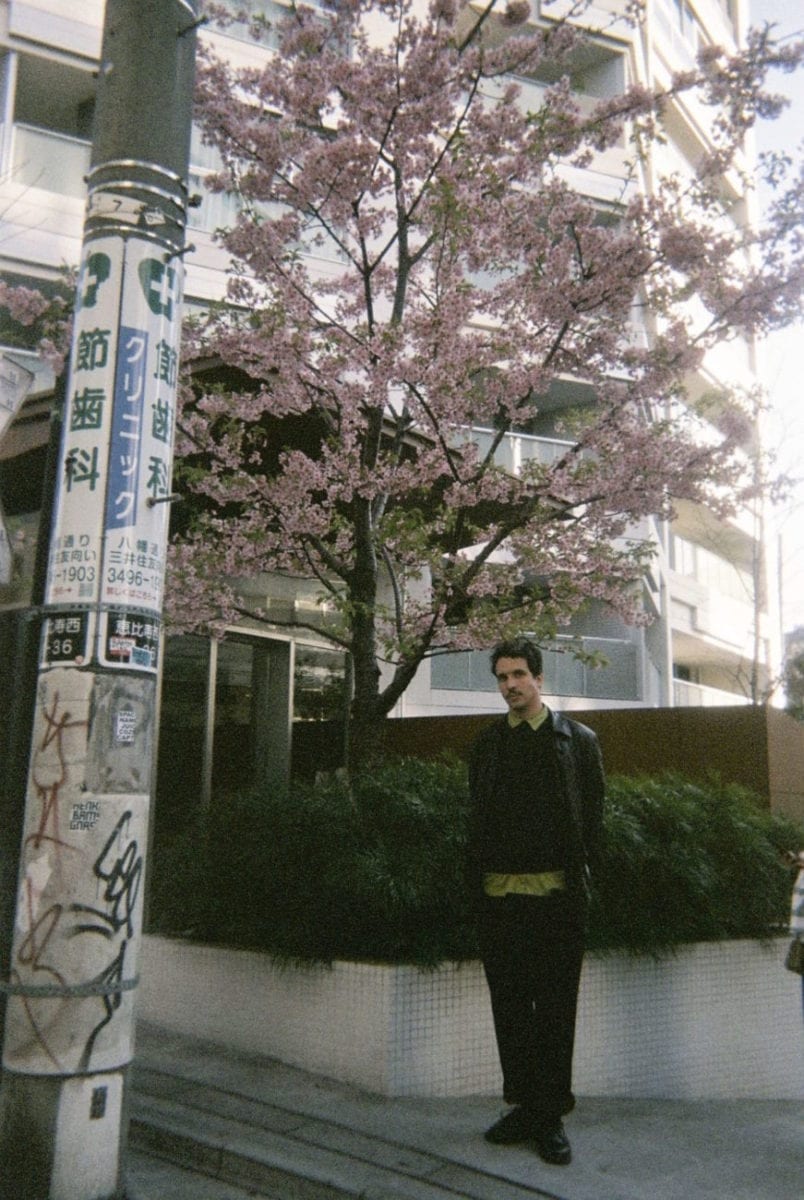 Big thanks you for recording this incredible mix – it is quite the journey! Please tell us how and where it was recorded, how you went about compiling the track list and what your aim was in terms of atmosphere?

Hey thank you for inviting me, so happy to contribute to your wonderful platform. I spent a while collecting for this, and some new music from myself in here too. I wanted it to reflect a bit how I might play in a club, but also try something new for me.

I tend to play with many layers in a mix, I like to buy a lot of tools of say just drums, ambient pieces, recorded vocals, recorded FX sounds, library stuff. It can be quite tricky to do, to manage all this and handle turntables, so for this one I digitise all the vinyl and play x4 CDJs.

I tend to have x2 CDJs playing the main body, the tracks, and the other 2 for adding textures, and playing with the context, there is a moment where Im layering a Jon Hassell over drums, and another time a Neu Balance piece over a Dance Mania track and it transforms the mood.

I find when I’m touring I bring vinyl mostly for texturing and layers. Delay and reverb as always on send/returns. I wanted this mix to build but to keep breathing in between.

Are there any particular tracks that you are particularly happy to include?

Hmmm not one more than any other. I’m very happy to present so much of my own music in one mix, something I rarely do.

2020 has been a weird one…but in lighter times, you recently launched your new record label Psssh Records together with Dave Redmond. Tell us how you and Dave first met and how the idea for a record label came about?

I’ve known Dave for many years and we have worked together with bookings for the past few. I’m quite private with sharing my unreleased and unfinished work, and through our work relationship I started to share some of what I had been working on these past few years.

I released an album in 2017 and since then I hadn’t been so enthusiastic to release anything. I have been and still are very much involved in other music projects, and at that time it didn’t seem the priority for me to be releasing solo work. I think through this I amounted quite a few tracks.

Psssh is said to be “eclectic, pursuing less contrived grooves, from impactful dancefloor works to an ambient playfulness.” – Why did you feel the need to launch a record label and how are you going about A&R, building up the roster and helping develop and support artists.

I think initially I reached out to Dave to suggest what to do with some of this work; to pass to friends running labels? to present it to some of the people I have worked with before? to get a second ear.

I think the idea came quite quickly to start something from scratch and do it ourselves. I am working with African Acid Is The Future and the label, and Dave with Maeve Records so we already had a good grounding of what to do, it was quite natural.

In terms of A&R, I am hoping this will come naturally too, the first few will be from my unreleased and current work, and once we have established a palette and maybe a little following then look to the future…

You are working with visual artists Mauro Ventura – what spurred your interest in his art and what was the first artwork you saw from him – how did you meet one another?

We met in a toilet in Berlin, we have lots of lovely mutual acquaintances. Maryisonacid later introduced me to his work; his paintings mostly and fabric work. I then approached him to work with me on my new project, I hadn’t a visual concept at all yet either a name, but I knew from what I saw that he could create something to embellish the narrative of my work. We will continue to work together on this project and I can’t wait to see how this may take shape.

Apart from designing record sleeves – how else will Ventura contribute to the label? Will he be working on music videos, creating bespoke artefacts or anything else?

It’s very early stages yet, we have only the first release out so far, but we will for sure be expanding further than cover art. We were thrilled at how well the inaugural record was received, almost all of the first press has gone, and this is great encouragement to be even more adventurous.

The debut release on the label is from yourself – tell us about the makings of this EP, where was it written, over what time period and if you picked up any new tricks whilst producing it?

The first release is part of a series; I work on music as much as I can, sometimes I have periods where I feel intensely creative and sometimes absolutely not. Much of this work comes from having learnt how to capture those moments. I am often very busy, but I don’t always see this as a distraction but more inspiration.

African Acid Is The Future aka AAITF has taught me a lot these past years, as DJ and as a producer, playing the same room for so many years is a great education in what can work, and what can be. I think this new work is very much a reflection of this. Also, having a great studio in Berlin has been a huge step up in how I work, the room sounds good, there is good gear about, sharing a space with people helps as there are new machines coming and going.

New tricks I’m not sure, I think I’ve maybe even taken a step back in terms of focusing so much on details, and letting things be how they are. Trying to allow humour into your music, with out it being contrived, is something I want to carry on doing. I work often with my friend Pablo with guitar and bass guitar ideas, this is always a lot of fun.

Prior to launching Psssh – you were actively involved with Berlin-based party, label and radio show African Acid Is The Future. No doubt, helping inspire and develop your taste – how involved are you with the collective now?

AAITF is a project by Maryama Luccioni (Maryisonacid), I joined her about 4 years ago and work directly with her whether it be the party, the concerts, the label, the radio, and the touring. Our collective, whether it be Jean Paul Groove, Yann, Sekou, Vava, La Chatte, Camille, Sara, Ana, Laure, Kewin Bo, et Louise, are each completely unique in what they contribute.

What was the last record you bought, where from and why?

I guess the last time I was in a record store was in Japan in February, I bought a lot of good techno in Technique Records in Tokyo; DJ Tank, Fumiya Tanaka, Dean Cole. I am really enjoying exploring this period of techno from about 98 to 04, hard (but you don’t notice), fast, tribal. As soon as we got back from tour it was lockdown.

Finally do you have words of wisdom or warning to impart with?

The Younger Dryas was caused by a cataclysm from a comet from the Taurid meteor stream, we pass through this twice a year, it could happen again.