Since 2014, the standard-bearers of electronic music in Russia have been Gost Zvuk. As the tongue-in-cheek “state standards for sound” name suggests, the youthful minds behind this label are in pursuit of quality, nationally sourced material whether that originates outta Samara or St Petersburg. Its aim was and still is to give those talented producers a platform to develop a unique sound and share their production skills with the electronic community.

Gost Zvuk, if you’re unfamiliar thus far, have laid the foundations for Buttechno, Flaty, Nocow and OL to share their angular and unconventional beats to a broader, and highly receptive audience. Since its creation, the founding partners of the imprint have endeavoured to cultivate a specific type of originality in anything they release.

Whether that be dreamy dubbed out house and soothing electronica from AEM Rhythm Cascade, bone-crunching IDM noise from INFX or the monthly NTS residency, you are guaranteed to find at the core a commitment to fresh styles and a representation of the label aesthetic and each producer’s unique sound.

One collaborator of particular interest, is a founding Gost Zvuk Chelloveck, OL aka Oleg Buyanov. He has been busy in recent years with an album on the experimental LA-based Motion Ward, a release under little known IC Lander alias as well as x2 Serwed (Flaty & OL) albums in quick succession, the latter of which we reviewed.

We caught up with Muscovite producer OL to discuss his musical inspirations, production methods and partnership with Flaty as Serwed. OL delivers a fresh and unorthodox podcast, composed of new and unheard material from the man himself and like-minded friends. 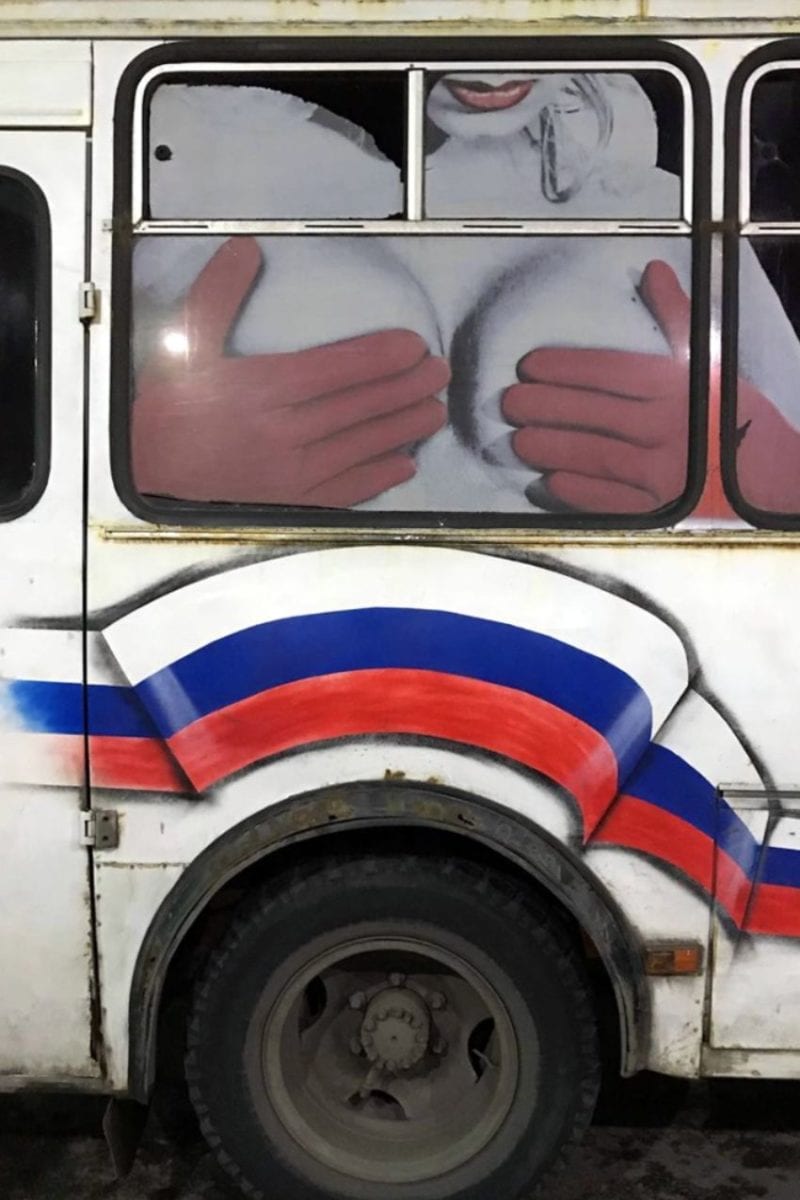 Hi Oleg. Firstly, thanks for providing the eclectic mixtape for Inverted Audio – it’s a real dive into a broad selection of leftfield electronics. Did you have any special approach to making it?

Hey! I put my material at the heart of the selection for this mix and then I began to look for a way to continue the story. That is, in contrast to the live recording, the making of this mix did not start from the beginning, let’s just say it started from the middle and went both ways.

How and where was the mix recorded- vinyl, CDJ, software or a mixture of all three?

The mix was created using Ableton at my friend’s place, which is very difficult for me when you compare to recording it live. Firstly, because you need to artificially create a feeling of error or improvisation, make mood swings timely and try not to lose the overall storyline. Thanks to my friends who shared unreleased and forthcoming music with me.

What is the balance for you like between DJing and production? Do you prefer one to the other?

My youth was quite stormy when it comes to clubs and now I feel more like a studio worker. Performing in public is still an integral and important part of the representative process, but feels like I need to concentrate more on recording, producing new material. With Serwed for example, we (OL, Flaty) decided not to take DJing into account but to perform only with our own material.

Is your production style influenced by your tastes as a DJ? Or are you a DJ turned producer?

In general, this is not necessarily so but in my case, DJing motivates me to follow the current agenda. Also digging the past of electronic music can be an important element in the formation of your own style. I am always trying to be honest with myself making the selection when DJing.

I guess my production style is partly based on parasitism on aesthetics, films and books, musical theories. I also get influenced by real-life events a lot – there is more influence from a documentary than decorative style for me. 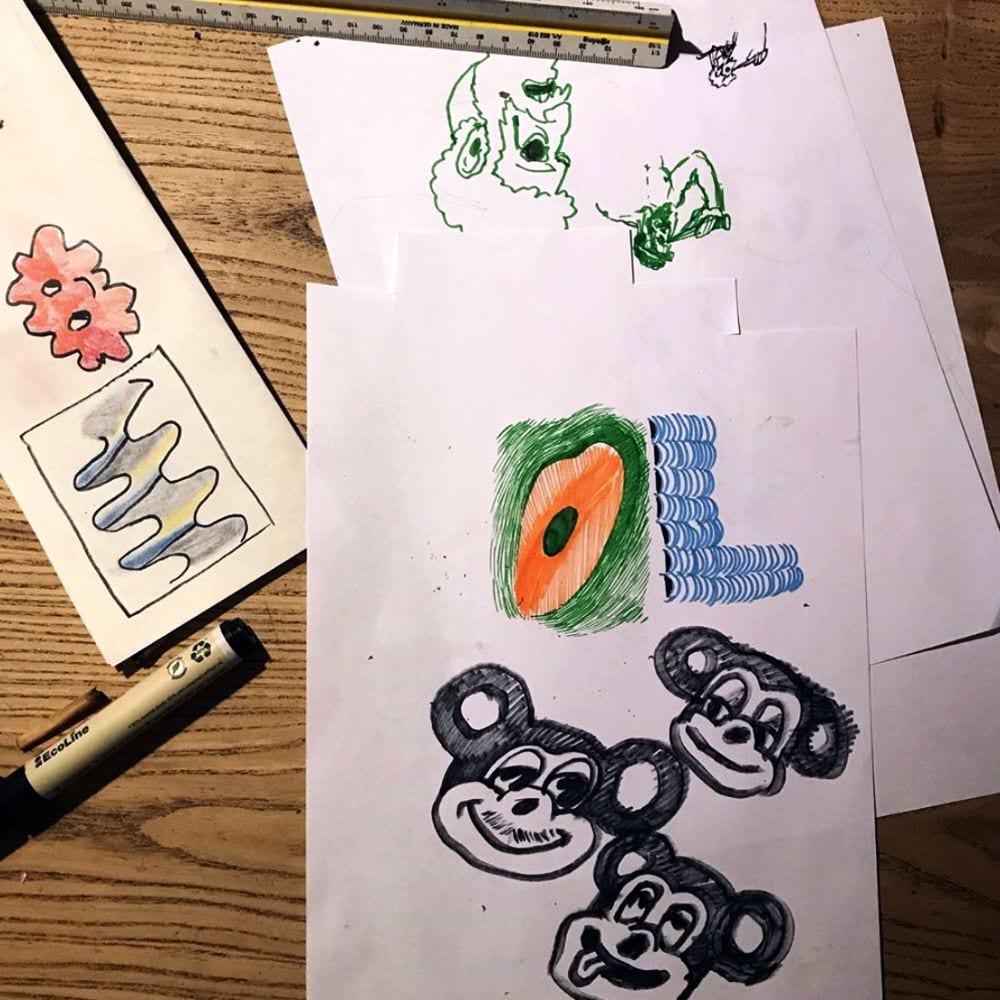 In your eyes – how big of an impact will Coronavirus have on the music industry?

I just hope for the best but people in the field of art and entertainment have already lost a big part of their income and it seems that these areas will be launched last after.

Have there been any go-to albums or producers helping you manage the crisis with their music?

My friends are constantly working on new material – this motivates me a lot. Silence is also very pleasing.

What are you most looking forward to doing when the corona pandemic is over?

There are some obvious influences in your mix and your production; Autechre, Skam, Rhythm & Sound. Is there anyone in particular who constantly surprises/inspires you?

What kind of music do you listen to at home?

I used to listen to audiobooks and lectures a lot, sometimes I like codeine rap and film scores playing together at the same time. For example, Lorenzo Senni & Francesco Fantini – The Challenge Soundtrack or Laurel Halo. Usually mixed with something like this or this.

Is there a particular rule or sound that defines OL as opposed to Oleg Buyanov or Serwed or your other aliases?

The uses of variations on my nickname are due to differences in style and concept: I try to use ‘OL’ for more electronic and leftfield sounds.

I started using my real name Oleg Buyanov as an artist name in 2015 exclusively for GOST ZVUK releases, kinda more casual and in the concept of the label. Serwed is only for the music made together with Flaty.

Using the elements of generative sound helps us to reduce our human impact on sound and reduces and gives you more freedom to improvise.

What does your studio look like? And what type of hardware/software do you like to work with?

I started a few collaborative projects lately and since this, my studio has become more compact and mobile. I use a laptop, portable recorder, audio interface and a compact case of modular synths.

I read you cut your longer sessions down into smaller tracks and do some post-production & add some effects. Is this your usual routine?

I usually use this method of removing excess when I/we record long studio sessions. 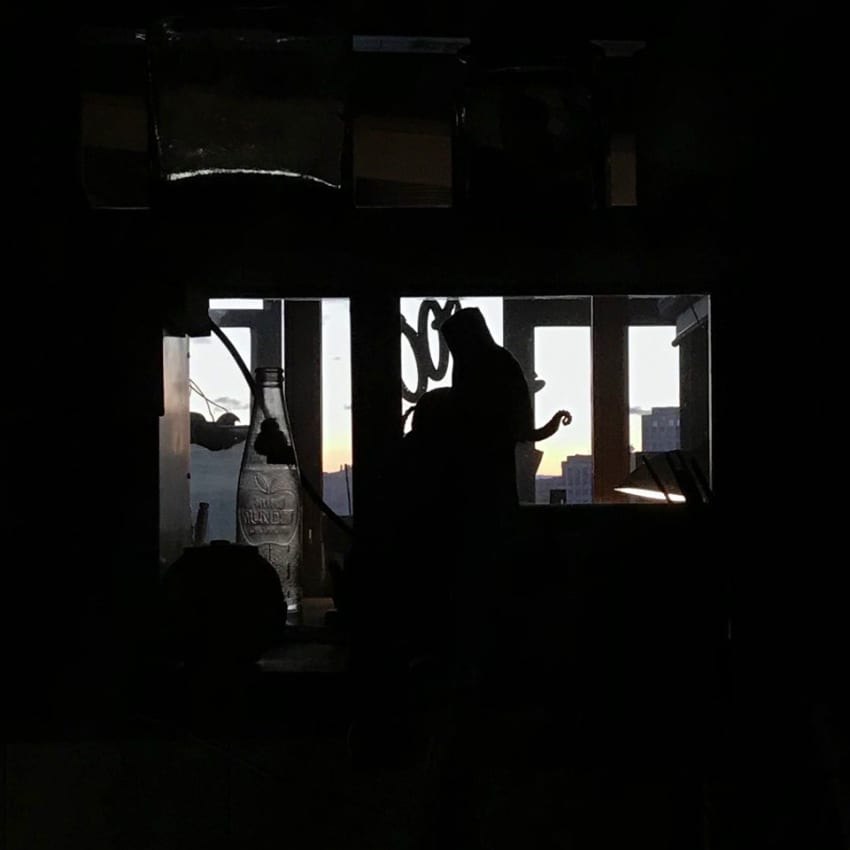 How is it working with Flaty? How did the relationship start and is the Serwed collaboration a spontaneous process rather than a structured one?

Flaty and I have known each other for a long time, probably since 2012 or so. First attempts to create something together can be attributed to Flaty – New Suggestions released by NII.

As Serwed, we released our second album in March via West Mineral Ltd. We didn’t make specific plans for future releases, but in our mind, we have some good concepts, which I cannot talk about right now.

To record new material we usually meet in person in the home studio. Using the elements of generative sound helps us to reduce our human impact on sound and reduces and gives you more freedom to improvise.

What about SORM your new Gost Instrument EP? It sounds like a broken-down homage to dub and reggae, a sound you’ve explored before.

The release title is SORM, which is an abbreviation from the Russian language with the meaning System for Operative Investigative Activities.

The release title, as well as its symbol, flirts with the privacy of communication in the context of its facilities and tools of the present world. Music acts as the info-channel, which provides unseen and coded data to a person from aside. The vagueness of mood, recurrent rhythm changes and order of arrangement seem to rhyme with the paranoid feeling of wiretapping.

The groove of ‘SORM‘ is swirling, distorted and sometimes “disengaged”; sound guided by its waves exists in a constant process of decomposition, dissolution and then reassembles in new configurations.

Gost Zvuk exclusively promotes Russian talent – is this a good or a bad thing?

With Gost Zvuk I think this is more a concept for the label to narrow the scope of the musical research and elaborate on the topic of national identity in the sound.

Are you planning on more releases in the future with the Gost Zvuk crew?

We constantly work together on releasing new material. Lately, Gost Zvuk launched a Patreon campaign and now a lot of previously unpublished and unreleased music is out.

How did the Dismeteo EP materialise? Was Motion Ward a label you always wanted to work with?

There is a little story behind this: In 2017 one of my Moscow friends moved to LA and once he was digging records at Amoeba Music store the seller accidentally advised him to check the recently released uon – zlo record (this seller was Jesse Sappell the founder of Motion Ward).

Since my friend Roman knows little about my taste in electronic music he realised that I might like this record. I drew attention to the release and since I really loved it I decided to leave a feedback to the owner of the label, it turned out that Motion Ward team was following my work and we have a lot of common friends, we talked for a while to find out each other’s preferences better and started compiling Dismeteo.

Jesse is a super nice guy with a very good taste in the same segment of electronic music. So working with the label was a great experience and gave me the opportunity to know new people like exael and uon in person.

What’s next on the agenda for you?

My ‘SORM‘ 10’’ record has just been released on Gost Zvuk.

During 2019 we (Uon, Exael, Huerco S, Vtgnike, Perila) made a collaborative release for Xpq?, which will be out later this year.

I am also working on music for a Russian theatrical play from a young upcoming director with my close friend Grisha Rakhmilovich.

Additionally ‘Wildlife Processing‘ LP via my Asyncro imprint, will be released late August. The release is ready and waiting in the queue to be pressed on vinyl and distributed.

Do you have any final words of wisdom?

Take care, wash your hands and improve yourself!