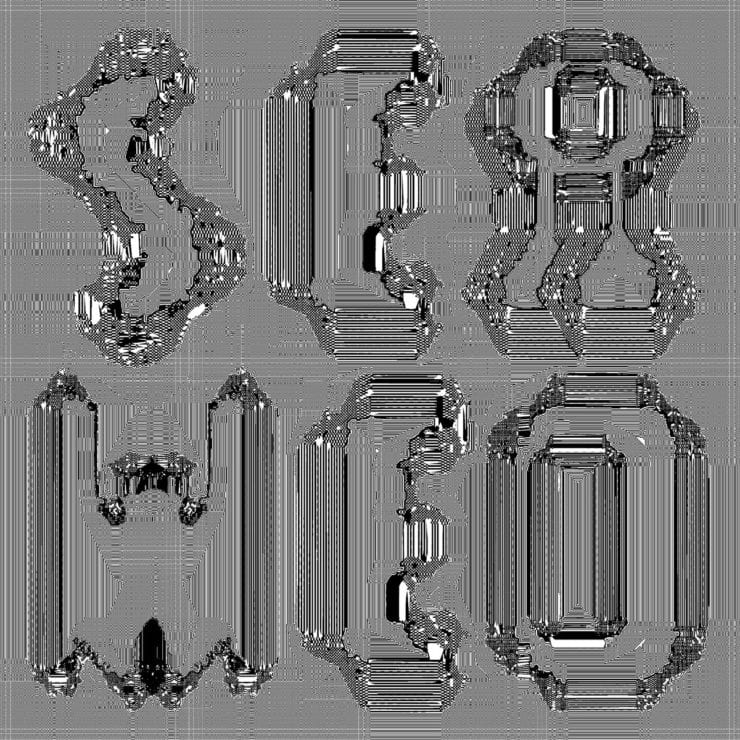 This album is for anyone who “likes all the other shit we put out.” All the other shit is actually quite good. West Mineral Ltd. is the shit when it comes to weirdo, amphibian electronica which is why the Serwed hook-up makes absolute sense. They are like a futuristic Russian Standard IDM beat making machine. OL and Flaty that is, the top dogs of Gost Zvuk and two of the most prolifically genre-bending, shapeshifting producers on the market.

‘Serwed II‘, follows up last years self-released ingeniously titled ‘Serwed‘ – an aural and elusive ride, never hitting full-on dance mode, albeit that isn’t quite their forte. The 10 compositions have been cut and chopped from longer takes in the studio and the graceful variation in rhythm, modulation and tempo between each track results in an extended hitchhike through their diverse sound palette.

Spiralling and contused glitches and throbbing synth keys in ‘Promises’ flourish into an illusory middle eastern sun-dance. Like some suffocated sitar blended with a moist and dreamy luminescent stargazer from the Spectrum Spools backlog. ‘Plane’ simulates a beach-ball being thrown around in a metallic room whilst listening to Jan Jelinek. A minimal house mover that is primed for spring. Lima can only be described as an ode to Autechre and AFX with its crackling static and broken beat.

OL and Flaty have their own similarly wide-ranging solo projects, aliases and labels, as well as becoming mastering engineers to an increasing number of producers. That being said, it’s sometimes hard to delineate the influences and output of the Russia based producers. They operate on the fringes of digital dub, effect heavy and experimental composition. ‘Initial 2′ is a filtered and transposed intro that melts into weird trip-hop electronica. And In spare’s softcore synth-rock is more likely found in Twin Peaks than in a club.

Some tracks relive the broad and primitive Acido releases or even dub-damaged T++ and Chain Reaction. However, compatriot Buttechno’s wonky take on techno can be heard in ‘plastm’. Contorted 3rd dimension telephonic dialling tones on judder in syncopated disharmony with intricately manipulated drum racks and compressed rattling rim shots. ‘Grip’ gets you in a semi-tight headlock with its square kick, as a dreamy, reverbing synth wanders along with jaunty micro-processed percussion tickling your ear lobes.

‘Serwed II‘ is tactile without ever being overly aggressive or unlistenable and its vivid rhythmic contours propel you in every direction. OL and Flaty, alongside their fellow Gost Zvuk associates, have created a micro-ecosystem of exploratory sound design. Likewise, with this latest offering, their discography becomes richer, more adventurous and unique.

‘Serwed II’ is out now. Order a copy from Bandcamp.