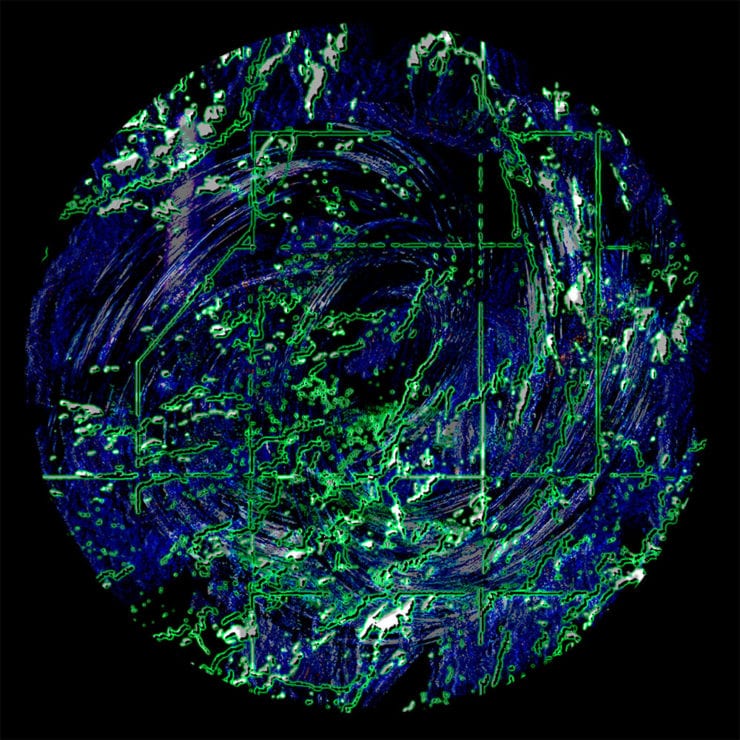 Over the past few years the Russian underground scene has developed a healthy appetite for ambient, lo-fi and trippy sonorities thanks to the likes of Lapti, Buttechno and Stanislav Tolkachev. Many of these artists revolve around the Gost Zvuk collective, a label focused on releasing Russian only productions whose founder, Oleg Buyanov, produces music as OL.

12 years since his debut album, OL steps up on LA-based imprint Motion Ward to present his second solo outing resulting in an intimate extended player composed of seven deeply absorbing tracks that ride the line between ambient and dub techno, creating a coherent micro-verse of leftfield electronics.

‘Purant Chaos Voices’ kicks things off with a subtle downtempo composition of metallic snares, bubbling bleeps and delicate percussion work submerging the listener into a nebulous atmosphere. ‘Realm’ follows suit in similar fashion, but this time with a more electronic flair tinged with an undulating bass frequency lurking in the background.

‘Morph 21’ is a masterfully produced track – subdued breaks keep that the ethereal atmosphere in tact, whilst percussion steadily builds intensity as the track leads into a 60 second ambient stretch.

The B-side features four tracks that demonstrate Buyanov’s interest for more dub affiliated sounds. ‘Mt Sonix’, with its percussive and meditative mood, is a soothing jam ideal for warming-up dark and smokey dancefloors.

Despite its 134 BPM and an unceasing cowbell ride, ‘Hive Mind’ preserves a foggy atmosphere, whilst ‘Shatter Dub’, could quite well be the albums standout track with its hints to UK dubstep. ‘Dismeteo‘ is an essential and totally mesmerising listen front to back.

‘Dismeteo’ is scheduled for release 29 March 2019 via Motion Ward, order a copy from Juno.

Discover more about OL and Motion Ward on Inverted Audio.