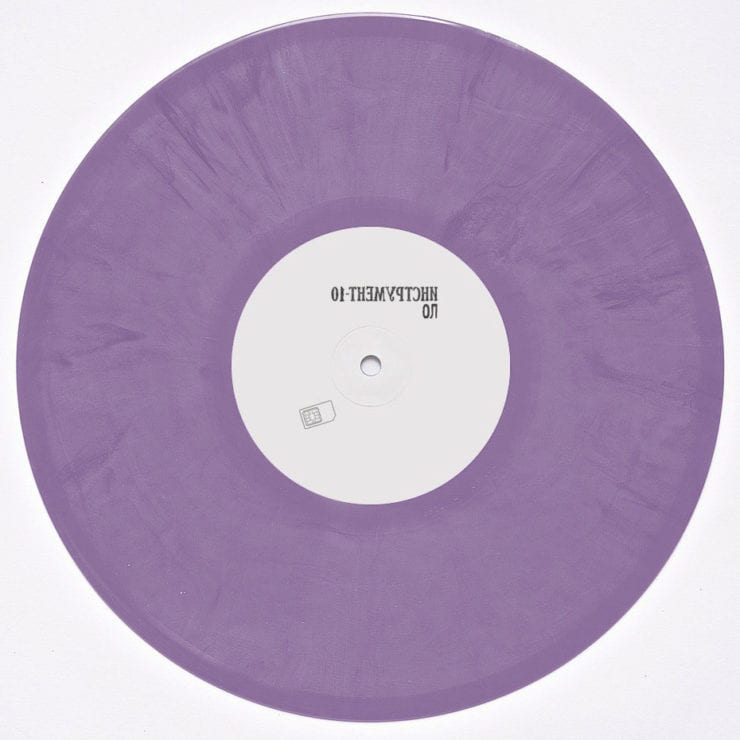 OL‘s latest 10″ on Gost Instrument serves up six tracks that nosedive into futuristic blazing digi dub, broken hip-hop beats and electronica and is a singular and smart delight. Skronky suds of echo, delay and fluctuating ambient goodies are intertwined with scudded down Skam straight outta Manchester.

OL seems to have done his homework with ‘SORM’: music for refined mixes and creative DJ-sets. Not strictly in-keeping with say Buttechno’s recent pulsating acid techno – but enough grazhny grooves to wobble your brain.

‘Block24’ could be mistaken for Andy Stott as its sub 100 BPM kicks and hi-hats fade in and out like a broken-down old motor shuddering into gear. ‘Skepsys’, contrastingly, shooms along like a long lost grandchild of Rhythm and Sound and is a track drenched in ghostly delay and reverb.

Before we continue, a note on the origins of SORM: it refers to the lawfully targeted surveillance of telephone and internet communications in Russia and each track is an attempt to portray the uncertainty, lack of privacy and dangers through various forms of communication. Music as unseen data, however, cannot be intercepted or manipulated and therefore remains pure.

The tracks aim to recreate that mood of uncertainty by frequently disassembling and returning as new configurations, with new tempos, effects and sound design demonstrating ingenuity within each second. The constant oscillation between frequencies and tempo feels like Georgia and John Hassell meeting Jay Glass Dubs and Lorenzo Senni.

OL’s generative production techniques with modular synthesis on SORM, and work with compatriot Flaty, fall together conveniently with the hollowed-out dub rhythms, codeine rap and unconventional sound design aesthetic. ‘Trial Dub’ increases the tempo to a wonky jogging pace with a metallic thud and chunk whilst tribal drumming levitate a penumbra of textured synths.

‘Morph_16+’ is not exactly lush on the lobes with rough and distorted claps growling and nullifying the Demdike Stare style spooky synth that hides in the distance. But the opening B-side track ‘Blacksiris’ is dirty. An old NYC hip-hop inclined Madteo style mixtape arrangement filled with sidechain and razrez that bleeds out into luscious ambience.

‘Sideline’ showcases rare vocals that are pitched down and modulated then allowed breathe in original form halfway through. The reappearance of the drums and bass and irregular points in the track tilts alongside an eerie nochy original film score, like some gloomy black and white modern-day Battleship Potemkin.

SORM is layered in classic “dub” effects and the rhythms and modulated synths unfold and writhe together. But their deft use signifies a producer becoming more comfortable and unique with his sound.

‘SORM’ is out now on Gost Instrument. Order a copy from Bandcamp.