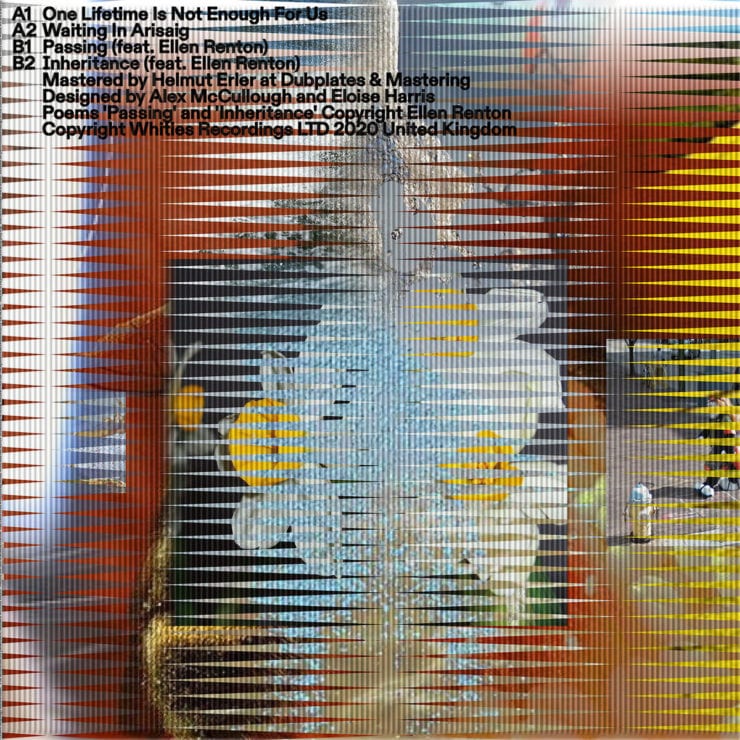 It’s been a while since we’ve had a solo release from Lord Of The Isles. After some experimental techno and electro on his own DFSANT imprint, Neil McDonald returns to the clouds with an EP on Nic Tasker’s untouchable, Whities.

Lord Of The Isles doesn’t miss a beat on this record – we start in media res with ‘One Lifetime is Not Enough For Us’. It’s the type of cinematic ambient McDonald can seemingly turn out in his sleep: a bell-like synth note bedded in chords as McDonald takes aim straight at the tear ducts. McDonald’s music has always showed a certain amount of restraint and this may be the first track in his catalogue that walks the line between melancholy and melodrama.

‘Waiting in Arisaig’, however, manages to be equally pastoral and beautiful, but with enough meat in the low end to keep it off the daytime soaps. It moves patiently, letting each note hang in high definition. When a sluggish breakbeat comes in towards the end, I’m reminded of how otherworldly McDonald’s records can sound when they find that balance between, as Simon Wright stated in McDonald’s recent IA MIX 330, “cosmic disco” and “dance floor bangers.”

The B-Side is composed of two collaborative tracks with Scottish poet, Ellen Renton. If 2019 was defined by a nascent interest in what “dance music can do about climate change,” you could do a lot worse than McDonald bringing Renton’s eco-poetics to a larger audience.

This is particularly true of ‘Inheritance’, the abstracted lyric I moving across tectonic scales of wind and sand, wondering if, “Maybe the sun is knackered too.” McDonald’s rich tapestry of synths churn underneath the poem leading to the final three minutes where a shuffling beat and snares pans across the track. It’s about as lovely a track about climate change you could imagine (a sort of Anthropocene “Woozy With Cider”).

Renton and McDonald find a perfect equilibrium between spoken word and sound, offering us what Renton describes as “sound stretched to an echo / so no one remembers how language used to land.”

‘Whities 029’ is out now on vinyl and digital formats via Whities. Order a copy from Bandcamp.