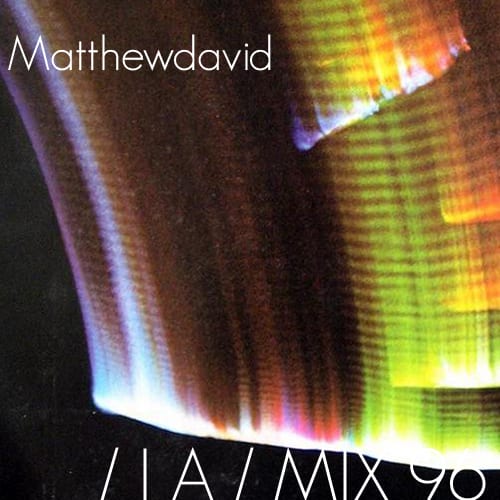 Over the last four years, Leaving Records have been relentless. Across a slew of tasty cassette cuts they have showcased a legion of producers who pluck themes from experimental hip-hop and fry them into bizarre new forms (check Dem Hunger’s delirious collage or EMV’s torrential bass torture). They’ve also been responsible for sending Julia Holter stratospheric through the release of her neoclassical slap around the jaw. Now, after an amicable merger with Stone’s Throw, they are forging new paths with the release of some gnarly Northern Irish house.

At the helm of this project is Matthewdavid. The man clearly has access to Bernard’s Watch because he’s found time to steadily release music in between label commitments and a regular Dublab slot. His take on LA beatmaking resonates with his label’s releases, and he confidently dices up ambient washes and complex rhythms across a number of releases for Leaving, Brainfeeder, and others.

If you’re based in London, you can catch Matthewdavid live as part of a Leaving Records x Streets of Beige showcase this Wednesday. This will be the UK première of Matthewdavid’s new live show with Diva, and it promises to be packed with flailing arms.