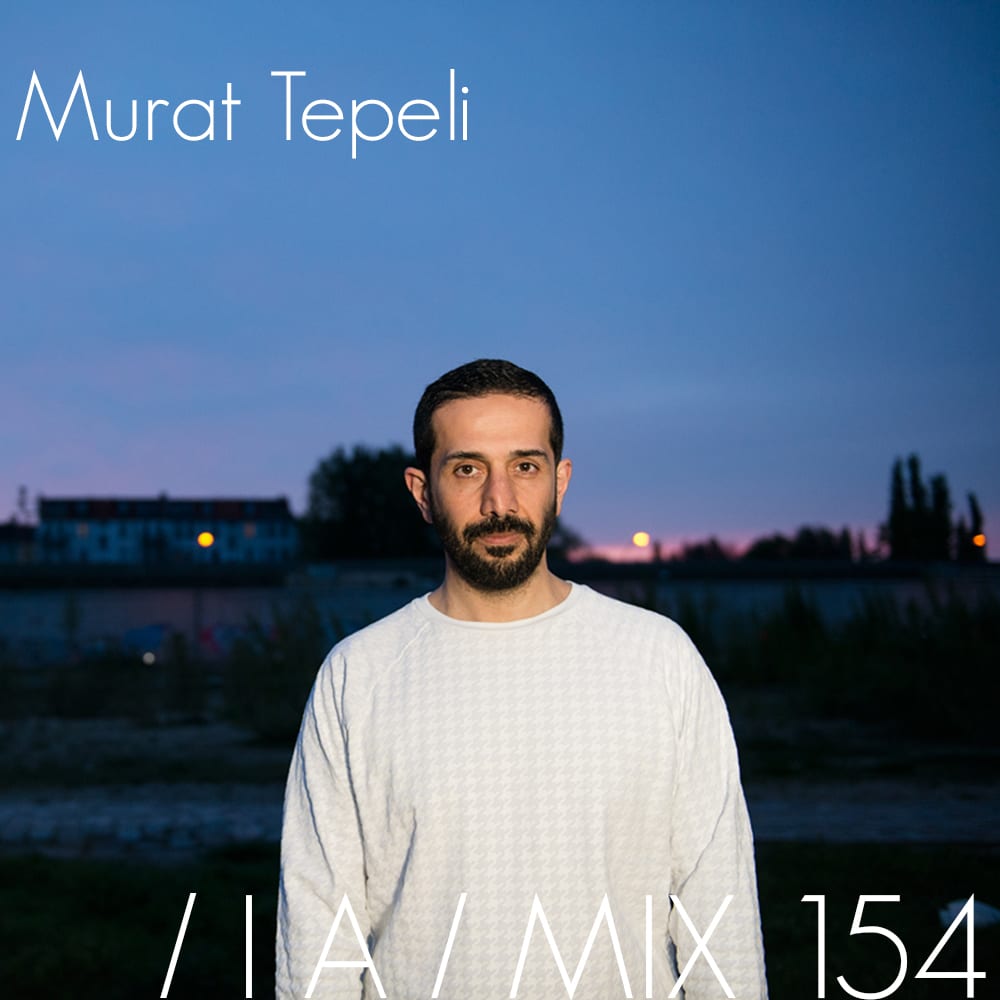 In the past few years, Murat Tepeli has quietly settled as one of the surefire house producers of today. Putting out music on labels such as Playhouse, Philpot and ava. as well as Ostgut Ton alongside with his close friend Prosumer, the man has gained a solid reputation but somehow remained quite a discreet figure on the scene. So it’s not been much of a surprise to see Tepeli make it to FACT magazine’s TOP 100 of the most underrated DJs, really, inasmuch as he dropped some dance floor bombs that are still far from getting out of breath. We caught up with the man to discuss studio action, collaborative aspects and further release plans.

You’ve recently been named as the 99th spot in FACT magazine’s TOP 100 of the most underrated DJs. What are your thoughts about this report?

Never heard such a topic before, but what an honour. I was really thinking about calling some friends who are on the list as well and have a drink with them. Really super cute idea. So what are my thoughts?

I guess at one point even if not interested in a top 10 or 100 poll you catch yourself reading it, and you wonder, what do these guys have in common? Why is that DJ you know and appreciate at that spot and the other one you have never heard of even in the top 20? Basically I don’t give those lists a big attention. But some of them are fun to read.

The mix you recorded for us is a blend of rhythms and genres, from African beats to abrasive techno and obviously the most dancefloor-friendly house we’ve heard for a while. Tell us more about the mix, track selection, what mood you were in and how was it recorded?

There’s something special about autumn. It’s my favourite season. Take some time to relax, unwind and recap.

I tried to fix that feeling in the mix, show the colours of music I like, and give each track the space it needs, that’s why the mix is 2 hours long. Yes there are parts, which are obviously dance floor friendly, but then there are tracks with such depth, like the ones from Nuron or Wladimir M, which always touch me emotionally, in every situation.

It’s hard for me to believe these tracks were produced in the early ’90s. I hope you like the journey.

You’ve worked in close collaboration with Prosumer since your beginnings. How and where did you guys first meet?

I moved to Saarbrücken that’s in the Southwest of Germany close to France in 1997, where Prosumer was occasionally working at Hardwax Saarbrücken.

What’s your dual creative process like? Do you have an accredited posting in the studio or is it more of an ‘anarchic’ meeting of minds and free flow of creativity?

It’s totally chaotic. Just kidding! Back in the days we had different ways of producing. I was more into producing on a DAW System on a computer. Achim had more skills mixing live at a desk with gears. I would lie if I said that it was always very easy, but we found a very good way to complement on each other. I learned a lot from him.

Do you keep the same method of work when working in the studio by yourself?

There are lots of stuff we both like. Like recording over a real desk on tape, having the humming and the dust of the gears. But still I like prearranging stuff on the Computer. I love the possibility to make sketches everywhere with a laptop and headphones. In the studio I rebuild the patterns on synths and gears. Sometimes I pre-record tracks and rearrange them on the computer, sometimes I just loop patterns and mix the track live at my studio desk.

House music is a genre that generally rests upon certain spontaneity in the making. What’s your level of productivity like?

Sometimes I feel like I can’t produce anything at all for months. And sometimes there are these days where it just flows. You finish a track in 2 hours and it’s super fun and you can hear that. Unfortunately I can easily be distracted by other joyful stuff, so there is a lot of tracks I started but never finished.

What’s a random day in the life of Murat Tepeli like? Any particular places you draw inspiration from or like to hang out at?

I travel a lot, due to both of my jobs. So I am very happy when I am back home or in my studio. Last year I moved to Flensburg and I live right by the coast now. So I’m still discovering the width and the beauty of the sea.

What’s your favourite club or party you’ve played at?

I loved my old residency back in Cologne, when I played at the Papierfabrik. We had this great warehouse location and I regularly had friends coming over to play.

What’s your most recent musical crush?

There’s actually a couple of tracks Achim uses to play when we DJ together. We just spent two weeks together. I caught myself humming the bassline from discos revenge like Forever and Forever Every Day and another one from Kenny dope. I only remember the hook, which are just nasty explicit lyrics I can’t tell here.

What are your next projects? Aside from your LP ‘Serenity’ made in collaboration with Prosumer and released back in 2008, you never recorded any solo album. Is it something you think of?

Prosumer and I are starting our own label, called Potion. The first release is an EP of mine named “Drop It Like It’s Hot” with three tracks on it, which is out now.

Then there is a remix I did for Sames from St Petersburg called “Full On You”, which is also supposed to come out very soon.

Right now I am working on some other remixes and especially on my live performance with Prosumer.

I’ve been thinking about making an album long time ago. There are lots of tracks I haven’t finished yet which would be perfect for an album. Maybe next year I will find some time for it. I don’t know yet, but it’s definitely something I would love to go for very soon.

Finally any words of wisdom to leave us with?

Spread your wisdom, leave your mark.