Tireless pusher of rogue, rough-hewn electronics from the fringes, Myn first made a name for himself about half a decade ago with the debut issuing of his own label, Public System Recordings, courtesy of ever-dependable East-Coasters DJ Spider and Grey People. Since then, the imprint has steadily grown into a surefire trading platform for all things odd and nonconformist, collating choice slabs from the likes of Buttechno, Kluentah, De-Bons-En-Pierre, INNSYTER, Job Sifre and more.

Punching in at number 315 in our mix series, Myn lays down a gutsy hour-long audio trip, enveloping us in a pitch-black nightly scenario where hammering techno rubs shoulders with droney acid whorls, unhinged industrial, trap-infused hardcore and freewheeling Italo out the fiercest Giallo club sequence. We seized the occasion and caught up with Matthieu to take stock of the situation with PSR, his ongoing endeavours featuring R Gamble and Ngly, and plans for the future. Blast it out loud! 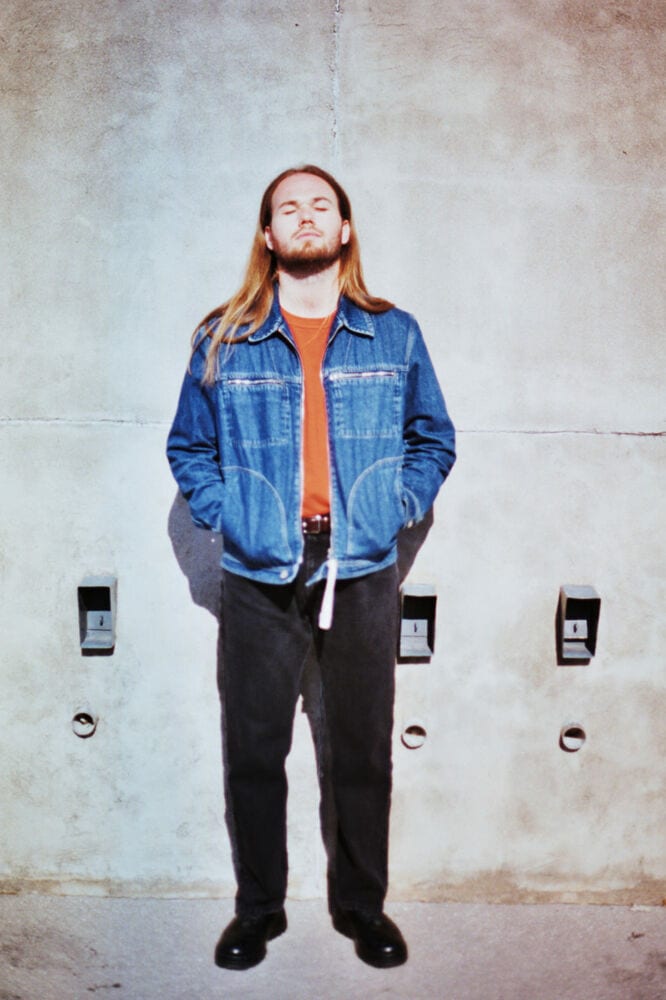 Hey Matthieu, first things first, thanks for that dark, pulsating treat. Please tell us more about the mix, how and when was it recorded?

Before starting this, I would like to say thank you Baptiste for the opportunity. The mix was recorded at home with two Technics MK2 and two XDJ 1000, and a Xone mixer. A late night ride recording. I played a few records from my collection, some unreleased and forthcoming tunes from artists and labels I support and finished it off with something I recently cooked up in collaboration with my yankee friend Richard Gamble.

What feeling were you looking to convey with this mix?

I believe there is one thing I have always enjoyed since I started DJing – spinning different genres of music, rather than everything having to fit in a single unit.

If you listen to the mix, you will get an impression of the many different (and sometimes contrasting) things I like at the moment. Some tracks are more oriented towards wave and electro, then there are a few experimental tunes, even some trap metal, and of course industrial beat tech on the bill as well. It’s basically my end of Summertime / Holidays-are-over mix.

How did you come to electronic music in the first place? What is it that inspires you in it?

My uncle was a familiar face for a couple years in Belgium at a well-known club called Boccaccio, which was a mecca during the rise of new beat and acid at the time.

After they closed down he stopped playing but he had his store in Cambrai, a city near Lille in the North of France, which sold records and gear from ‘89 to ‘93. I guess his background helped me find my path.

Otherwise, my inspiration comes from my environment. Contemporary art, fashion, cinema… and the many other experiences in daily life that inspire me.

Let’s trace back to the origins of your label, Public System Recordings. How was it born?

I started the imprint in Northcote, a suburb in the North Side of Melbourne Australia, in 2015. At that time I was label partners with a friend of mine – Eric Strykert.

We were in Melbourne and Sydney putting together a few events and began booking artists to play in the area on the side. We also organised a few tours for artists we liked. Public System Recordings started as an extension of these events and also for the love we had for the vinyl object.

One day we booked Rob aka DJ Spider in Australia, and shortly thereafter he became the first release on the label. It was a split 12″ with Alex aka Grey People. It seemed very interesting as a combination, and when it came together we were very proud of how it turned out. Eric later moved on from doing things within music and eventually I was charged with continuing the label on my own. 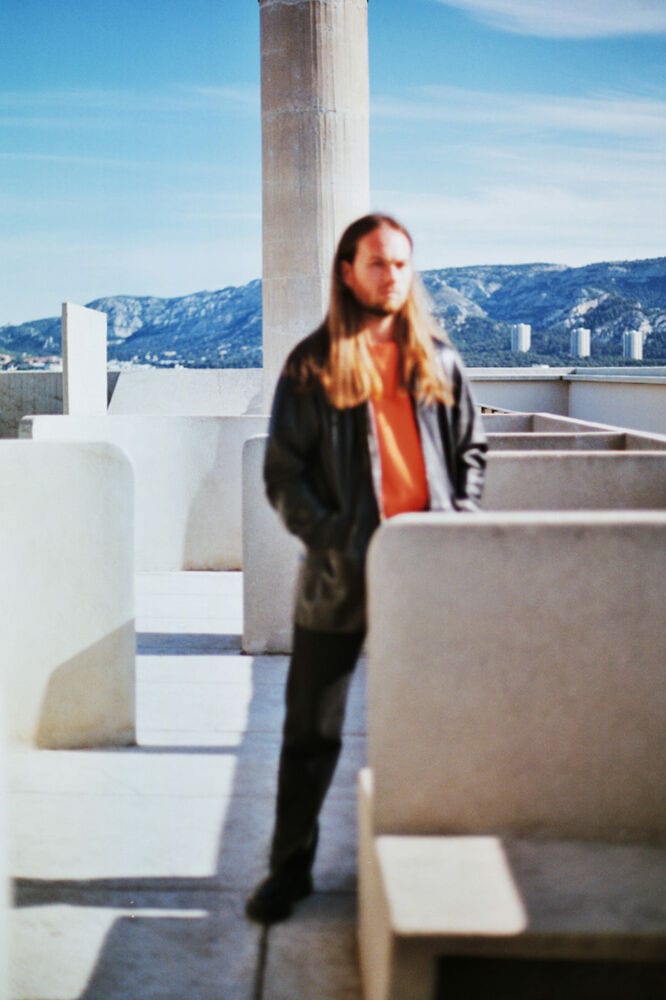 You went for a sound/visual aesthetic rather dark and deeply entrenched in the world of industrial techno, EBM and such. How did you come to establish this identity for the label?

Public System Recordings is truly just everything I believe in. To be honest, there are no boundaries or anything like that as far as what my interests are, or what I see as a good PSR release. The only constant is that I truly trust my gut instinct about things – whether it’s an already established big artist or someone who I think will have success someday.

I want fresh ideas and to present sounds that I think will inspire others in electronic music, just like they inspire me. One day I will release brighter sounds on the label – you never know! Music and the scene around it moves so fast, my taste and inspiration are in perpetual evolution.

What’s coming up next? Any new release(s) you can tell us about yet?

The next release will be one super talented American artist, I don’t want to drop names at the moment but the music is just “WOW”! 5 amazing tunes, beside one remix by a UK artist based in Chicago. Mind-blowing music!

I’m often on the road and my life at home is quite busy at the moment with exciting family things. I’m working on the next Myn release, and also the collaborative project I mentioned with my friend Richard Gamble.

We recorded some tunes recently, last time when I was touring the USA and spent a few days in New York. He has a really dope studio and we were locked in for 2 days making music. Then again the same thing when he came to Europe in August, and he made a quick stop by my home during his trip.

I’m happy to see him again soon, we will play back-to-back together at Interzone Festival in NYC in October and we also plan to finish those recordings we started.

You’ve travelled a lot over the years, visiting very remote areas. What energy do you draw from traveling? Guess it keeps altering your perspective on things positively, and invites to embrace new facets you may not have thought of when you first set up PSR…

I’m always beyond excited when I’m heading far from home to play music, discover new places, meet new people, and see those I miss from the past. The energy is frenetic and productive.

Traveling gives you a deep warm energy and you feel ready to rumble! A positive animation than you have to keep deep in that resourceful dynamism. Travels often carry me to new opportunities in the music industry and bring new relationships with people from all corners of the world… and even sometimes close new friends.

I’m very energetic about going to new places, being on the move constantly. I’m thinking about setting up a new record label in a not-too-distant future together with my friend NGLY from Argentina; something rooted in a more futuristic sound.

We plan to play several shows together through Europe in October and November, we will have time to further explore the label idea then. 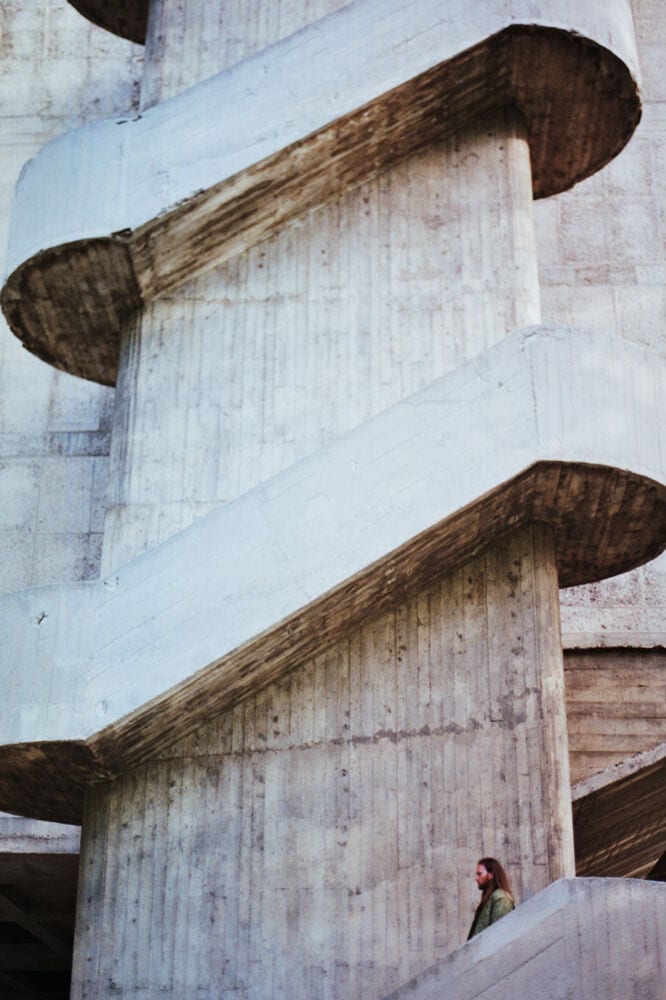 I saw that you recently toured South America, what were your highlights there?

South America was a beautiful new chapter for me. I’ve been to Brazil, Chile, Peru and Colombia. Everything went great and each country is very different and vibrant in its own way. I played in warehouses, big clubs, smaller venues for weeknight gigs as well, and even an open air party in a garden in Lima.

From Video Club in Bogota to Mamba in Chile or Calle 9+1 in Medellin everything went really good. Such nice party people, packed parties, quality vibes, and I’ve since stayed connected with many beautiful souls from the parties I played or during my stay there.

Exceptional hospitality from everyone. Even promoters who weren’t working directly with me invited me to their house to stay a few nights and showed me around during that long stint (special mention to Sebastian and Lina in Bogota from Rubber Mind!).

I stayed in South America for one month and this brings back some good memories that remain deeply rooted in my mind. Such a memorable trip.

Making people dance makes me really happy! Also I really enjoy discovering new places, when my travels bring me to different parts of the world.

Outside of music, I would say I love to swim. I moved from Paris to Marseilles in the South Of France. The seaside is amazing there, and I really enjoy getting loose and diving for hours. Also when I open my shutters and I see the blue sky… the sun shines 300 days a year in Marseilles… it’s a really good thing for the mind.

I really like to play soccer as well, watch soccer and go to the stadium.

When people throw waste out of the window when driving, or when they drop litter on the street or on the floor when there’s a rubbish bin two meters away from them… nature and the streets are no garbage cans. The lack of ecological sensitivity of people pisses me off.

I really enjoy buying old second-hand records. The last time was in Saint Petersburg. I bought a few – one by Ceramic Hello, a white label from Die Form and one old record from a Russian artist like electro experimental music written in Cyrillic, hard for me to spell!

What are your plans for the end of the summer?

I will be playing in Kiev, Barcelona, Tel Aviv, Jerusalem and Haifa until the end of the summer. I look forward to everything but a special mention to Israel because it will be the very first time there. I will stay a few days and play three gigs. I’m excited to see Jerusalem and jump into the Dead Sea. Major good times ahead!