A key player of the effervescing Georgian scene, Tbilisi-based Gacha Bakradze quickly made a niche for himself as a surefire purveyor of pulsating and sentient dance music across international stages. Released in 2015, his atmospheric debut album for Apollo, ‘Send Two Sunsets‘, would soon be followed by a flock of choice club-ready EPs for Cin Cin, Transfigured Time and Anjunadeep.

Having issued his second full-length last year on Barcelona’s Lapsus Records (label twin of the eponymous festival) and his latest instalment, ‘Monument‘, on Mor Elian’s ever consistent Fever AM, it was time for us to invite Gacha for a mix. True to his love for multi-sensory dynamics and retro-futuristic techno hybrids, his mix will have you transported to another dimension. Elevate now. 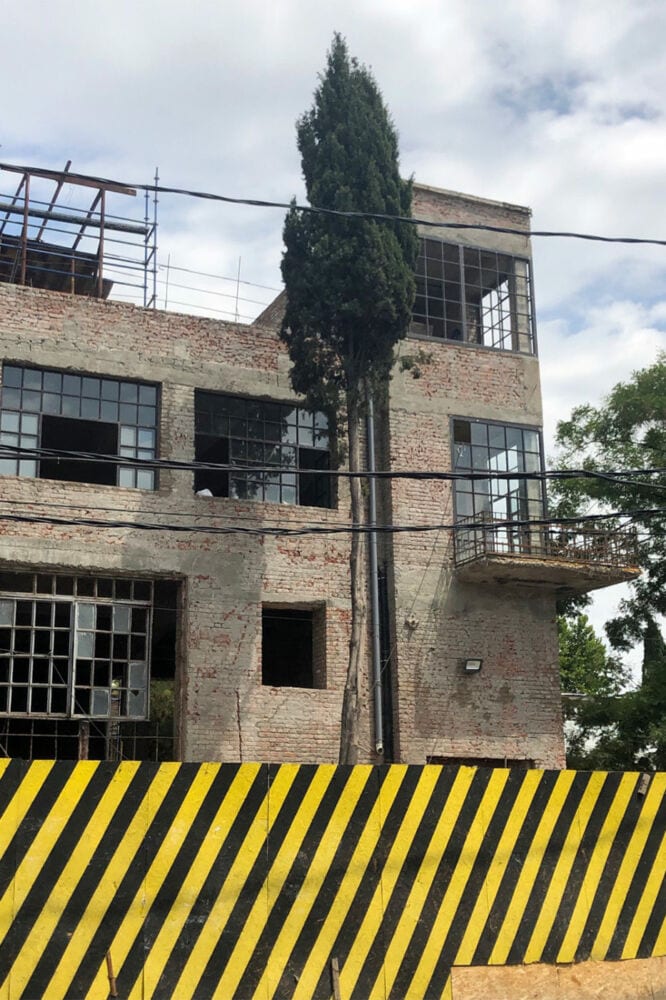 Hi Gacha, big thanks for recording this mix for us – please tell us more about it – where and how it was recorded, track selection, what mood you were in whilst recording and what atmosphere you have tried to convey?

My pleasure, I’d like to thank you for this opportunity to share the music with you. I really enjoyed recording this mix. My idea was to create the transition moment from “warm-up” to the “main theme” in only one hour, which is quite a short time for this, so I think it was a good challenge.

You’re based in Tbilisi in Georgia – what’s been happening with you out there during the summer months?

Yes I live in Tbilisi. I’m currently in the process of opening a club and multi-functional place here in Tbilisi and it has taken over my life. But I was also able to travel around Georgia with my family and play first time in such countries like Albania, Spain, Portugal, Russia, so it was super exciting.

Being based in Tbilisi – does this restrict you from playing gigs outside of Georgia? What travels and adventures have you been on recently?

Yeah back in the days promoters used to turn down gigs, because of high travel costs, Visa etc. now the situation is getting better, as I don’t need to obtain a visa to fly around EU anymore.

I first came across your music when Apollo Records jumped back into action in 2012 with the release of ‘Remember’ – now that seems an age ago – how would you say that you have developed as a person and as a producer since those early years?

Yeah it’s been almost 10 years! I don’t believe it. I was a kid, making music for fun back then, and had never considered releasing stuff. I didn’t know how the industry worked and therefore I might have made a few mistakes.

These days it seems that I have more self-confidence and patience, building It for years. I try to make music everyday since 2012, and I’ve probably grown a lot and became more refined as a producer, but I don’t really like the state of perfection, since the errors you make are often much more exciting, or when you don’t know something and spend time exploring and learning you discover new possibilities independently. 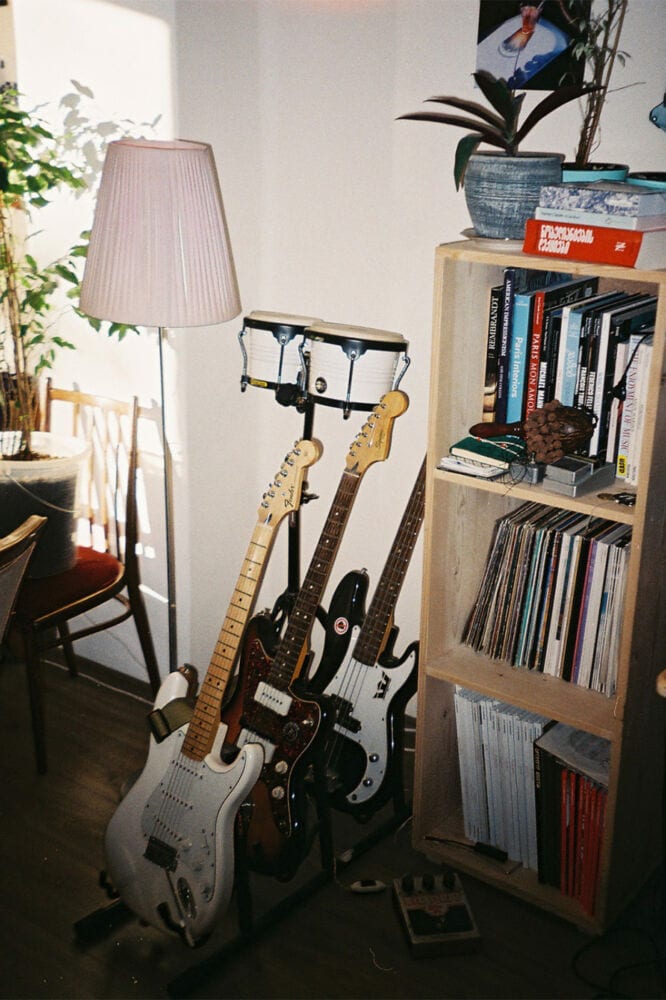 You’re now part of Mor Elian’s imprint Fever AM with the release of ‘Monument’ EP – tell us how you first met Mor and how you came to release a record through her label?

Yeah I’m super happy it worked out! We will do more stuff in the future. I sent music to Mor with no intention to make a release on Fever AM. She loved it.

Meanwhile Meurve and Monument were supposed to come out on my friends label, but he’s taking a long time to release music – it sucks really, you want the music to go out not long after you’ve made it, not a year later when it stops resonating with you.. so then Mor said that she’d be happy to release it.

I met Mor Elian couple years ago, we wanted to release her music on transfigured time, it never happened but we became a very good friends.

How long did you work on producing the 4 tracks that make up the release?

Probably 3-4 weeks. I used to make music super fast, like in 1-2 touches.. but these days I like to rest it a little bit, then go back and work on tiny details. Also I’m into ‘less is more’ approach. There so much more you can do with just one instrument!

Also I found really helpful to work on couple projects simultaneously, as if I get stuck on one session, I could switch to another. Now that I’m more busier than ever, it’s always interesting to find new ways to make music.

Tell us about your current studio setup – what are you using to make music?

My current studio setup is simple, I have Genelec speakers, Ableton, Prophet 8 and a Digitone. I have a bunch of other gear which I’m not using at the moment. But I usually switch and go back…I’m very into some tools designed by K-Devices.

Let’s rewind for a moment and talk about your musical upbringing – who or what got you into electronic music?

I like creating things in general, I guess this is one of the main reasons I started making music. I played in bands like 10-15 years ago. I was always making music at home though and I enjoyed the process as much as playing with bandmates, but for me making music by myself was more interesting because I wasn’t compromising with anybody and felt free. 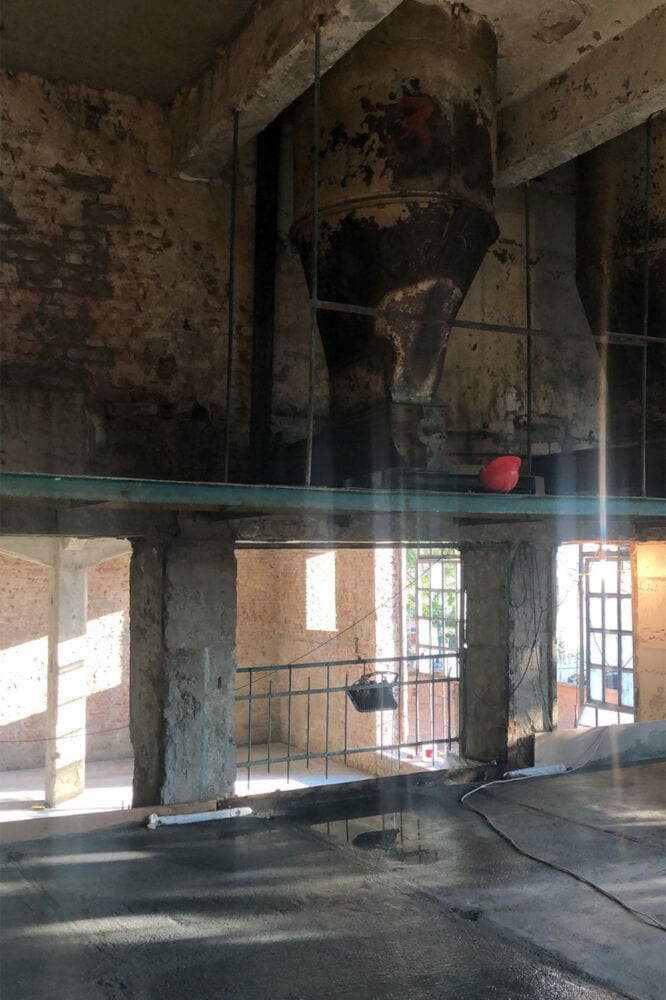 Who are your musical heroes – and have you met them?

Hard to say really. So many of them! I met some of them yes, last week for example I met Laraaji.

Do you remember the record or track / song that piqued your interest in exploring music deeper?

When I lived in Paris I remember I discovered this Ocora Label, also this book around that period by David Byrne called “How Music Works“. This made me want to dig deeper and that’s what I have done ever since.

Who switched you onto making your own tracks and how old were you when you started to experiment?

My cousin taught me to play guitar when I was 10. I don’t remember how I got into electronic music particularly. Maybe it was a friend of mine who introduced me to Propellerhead Reason when I was 16 or 17. I felt so many possibilities right away!

Can you explain what separates and distinguishes music produced as Akwaaba and Winter Flags?

Winter Flags was more ambient and acoustic sounding, since I was more interested in this sound at that period. Although I didn’t plan to release music under different aliases.

This was conditioned by my exclusive contract with Apollo Records which prohibited working with other labels under the name Gacha Bakradze. Therefore I was musically limited as well, since Apollo has its own direction. So the only was to be more creatively free was to use aliases.

I came up with Akwaaba to push my label Transfigured Time. Winter Flags was suggested by John Beltran, I made a couple of tracks for his curated compilation which came out on Delsin.

Lately I’ve decided to concentrate more on Gacha Bakradze, which combines everything, and I think it’s normal to use one name to release music with different styles. In the future I plan to produce music under new aliases, but i will not constrain myself sound-wise.

My wife and my kid – spending time with myself and being able to walk in the studio with a nice cup of coffee to work the whole day.

Do you have a life motto that is a constant?

I’m not a good motivational speaker, but I always say working is the key, choose your life goal and go for it

What’s on the horizon for you during the remaining months of 2019?

I’ll be playing in Italy, Germany and France which is confirmed so far… also I have a new EP and LP on the way! So Good times ahead!!

Discover more about Gacha Bakradze and Fever AM on Inverted Audio.