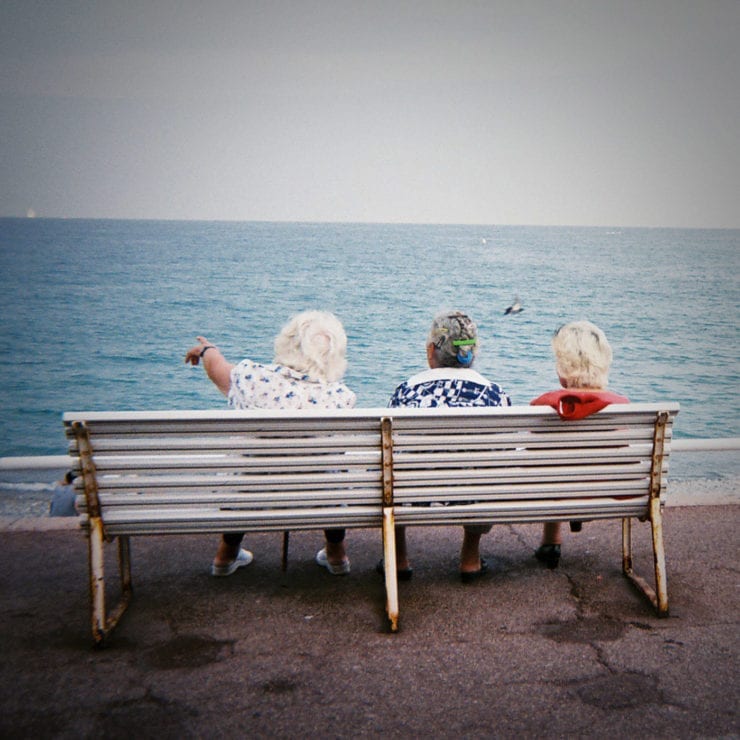 Holding on its untiringly busy release schedule since its inception two years ago, Amsterdam’s Kalahari Oyster Cult has quickly made a niche for itself as one of the city’s most exciting and consistent new ventures in the domain of club music.

Proudly flying the flag of vibey dance music, Kalahari Oyster Cult mastermind Rey Colino steps up in our series with a total melter of a mix, filling the gaps between fractalized acid, heavy-lidded garage house, future exotica and wee hours tear-jerkers. Blast away. 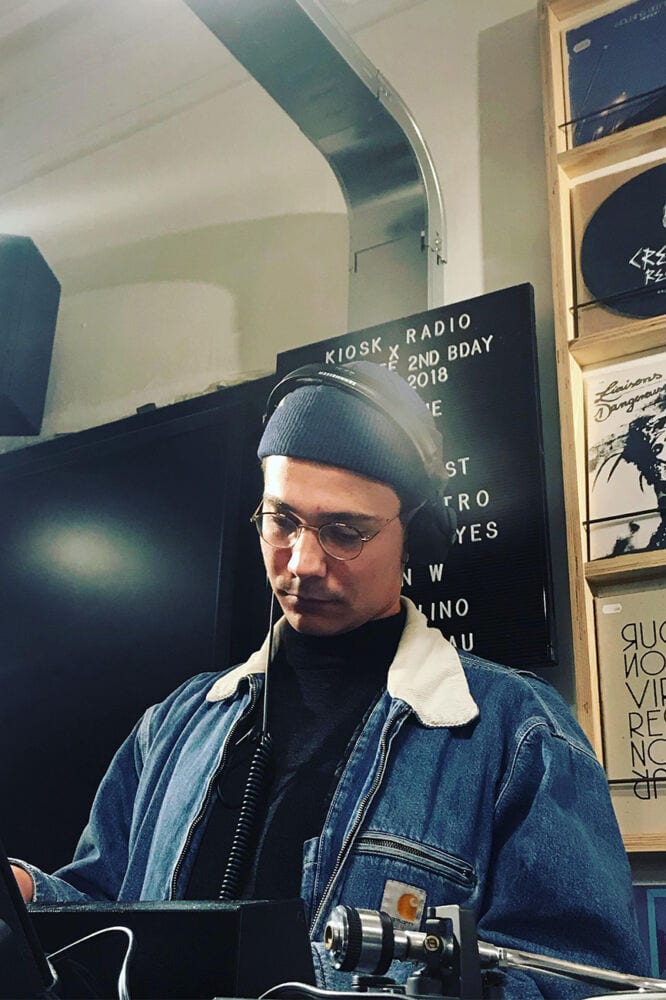 Hey Colin, thanks for that deep and vibey mix. Please tell us more about it, when and how was it recorded?

Hey Baptiste, thanks for having me on the series, I’m very thankful for the opportunity. As far as I can remember, It was recorded on a hot and sunny day of July, in my house in Amsterdam-Noord.

BBQ smells were sneaking into the living room, the last dying sun-rays were peeping through the window blinds, children of the neighbourhoods were playing loudly in the square, there was a feeling of hope and serenity rushing through the streets and…nah, I actually don’t remember exactly when it was recorded, only thing I know is that it was recorded in one go on my home set up, through the jack of my 2009 MacBook, which refuses to die.

What feeling were you looking to convey through this mix?

As far as the feeling of this mix is concerned, I always aim at banging mixes and it turns out rather deep and meditative sometimes, go figure. Perhaps it is because of the passive-aggressive looks given by my better half on the sofa behind me when I up the intensity?

You’re the man behind Kalahari Oyster Cult, a firm favourite of ours that’s been around for just about two years and yet feels like it’s been with us forever. How did the label come about?

I had just finished my masters in Communication Science and was only sure of one thing: I really did not want to work in that field, or else my inner-self would have given up the ghost.

A few months before graduating, I met Otto Kraanen from Bordello A Parigi, we started working together and soon opened that eponymous shop in Amsterdam. And that’s where it all became possible.

First and foremost, the label came to be from the need I felt back then to set foot in the club-scene, and actively participate to it, to chip in on all that had been given to me on a silver platter by labels, promoters, clubs and artists for years.

Further, the main incentive for creating a record label was to get involved with contemporary artists, to connect with them and assist them the best I could with putting out their music.

You’ve managed to maintain a fine balance between reissues (Raymond Castoldi, DJ Trance & Darwin Chamber, Tambura, La Batterie…) and original material (Roza Terenzi, Interplanetary Criminal, Too Smooth Christ, Urulu, Flora FM…). How symptomatic is it of your approach? Is it safe to say Kalahari Oyster Cult makes for some sort of bridge between genres, people and eras?

I’m happy to hear that you find it balanced, I’m actually sometimes worried to reissue too much… I really like that assumption of bridge between eras and genres, it’s definitely what I am aiming for (though I would not pretend to have achieved it just yet) as I see electronic music as a continuum, and endless loop of improvements and backward steps.

Things from today sometimes sound dated and things from the past sometimes sound so ahead of their time you’d dare to think they come from the future. For my part, I simply aim at releasing music that has a sound balance between ’90s nostalgia and contemporary sound design, that takes the best of both worlds.

One can not but marvel at the quality of the remixers involved on each and every release you’ve been putting out: SW, Pariah, Roza Terenzi, Benedikt Frey, Tornado Wallace… how do you proceed with the remixers’ selection?

These remixes are the fruit of meetings on the most part, for the rest it’s simply about getting artists that I rate highly, involved where I (and they – most importantly) think they can add up to the release. I must say that I have – so far – not been disappointed by my choices, to say the least!

What’s coming up next on Kalahari Oyster Cult? Any forthcoming releases you can tell us about yet?

A Psychic Yes’ great ‘Maze Dream‘ EP is up next on the label, out mid-October, closely followed by a compilation from Brain Pilot in late November. I’ll round up the year with a release from Escape Artist, backed up by a remix from Florist. Escape Artist really delivered one hell of an EP, I can’t wait to unravel it!

Further in time, all I can say is that I’m beyond excited for 2020: new artists on the label, new series, more oysters.

We all know the financial situation’s pretty tense for labels out there, with each new release making for a risky move that may jeopardise the structure’s stability on its own. How do you cope with this tough reality as a label owner?

So far the market has been good to Kalahari Oyster Cult, but there’s definitely an anxiety of trying out new things, changing the winning formula, going more experimental for instance. But since I can’t complain sales-wise, I decided not to care too much and go on with new projects, which will see the light in 2020! I must say I also have good faith in the audience’ ears and taste. 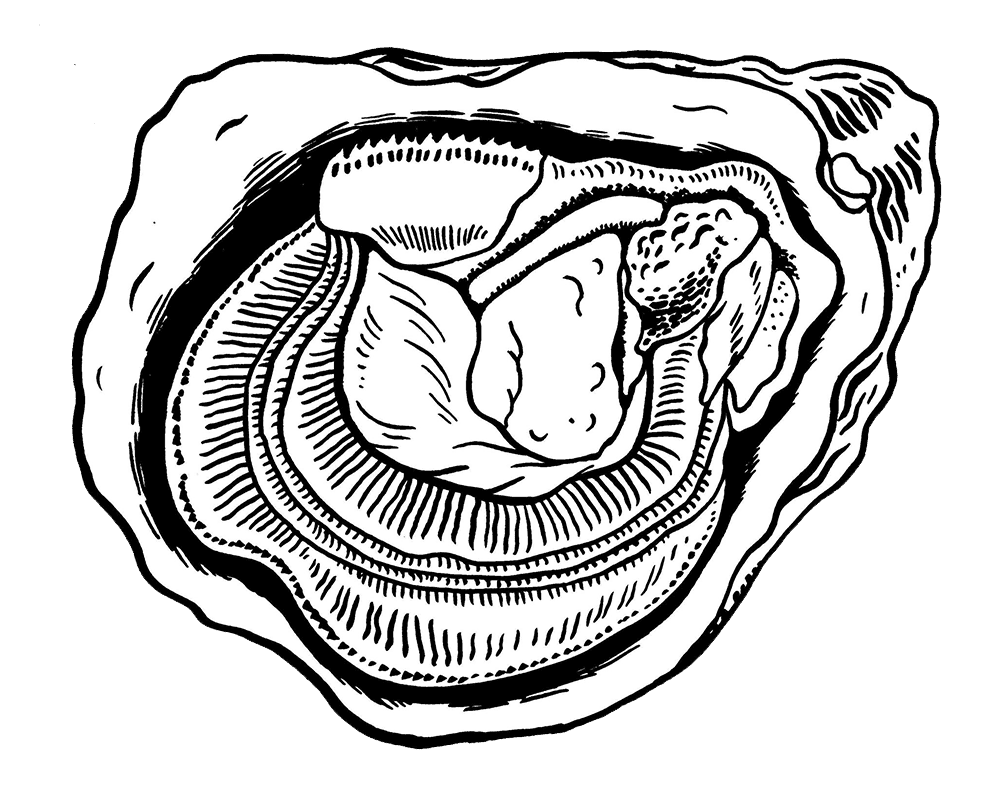 What was your first introduction in the world of electronic music? Do you recall a record or gig that changed it all for you?

Autechre – Flutter, and I’ve included it in this mix.

I had just moved to Amsterdam to pursue my studies and join Elise, my girlfriend. It was a new start for me and I felt the need to actually learn something new for I felt my learning curve had stagnated a fair bit in Brussels.

There, I met my friend Ignasi, alias Oma Totem from the Hivern Discs fam, who had a few months of DJing ahead of me and he taught me the basics.

Do you ever dabble in production yourself?

I did spend countless hours with my friend Shungu, experimenting on his MPC whilst smoking tons of weed back in the late 2000’s, but that’s as far as it goes on my side. He, on the other hand, did not stop there.

What qualities make a good DJ in your opinion?

I was recently in Filter, Oslo where I bagged this baby – A3000 – Magnetic Gliding, Repetto & Riesen (Synectics) plus loads of Thursday Club Recordings’ highly-effective break stuff.

My two toddlers, Pieter and Hylke, and finding things I thought I had lost.

Seeing Joe Publics lifting off the turntable slipmats and attempt to put the record straight onto the bare platter at Bordello. Oh, and losing things, especially USBs at gigs…

How’s the end of the year looking on your end? Any gigs lined up?

I got a pretty busy end of the year, with new clubs and new cities lined up which I m pretty excited for. The next “big” one is a digital arts festival birthed by my UMG crew. It’s a 5-day event dedicated to A/V installations, performances, talks, screenings and professional meetings.

I’ll be playing along with Batu, Kate Miller, RAMZi, Shackleton, Djrum, Aisha Devi… surrounded by pieces of art from Louise Bourgeois, Refik Anadol and many other legends.