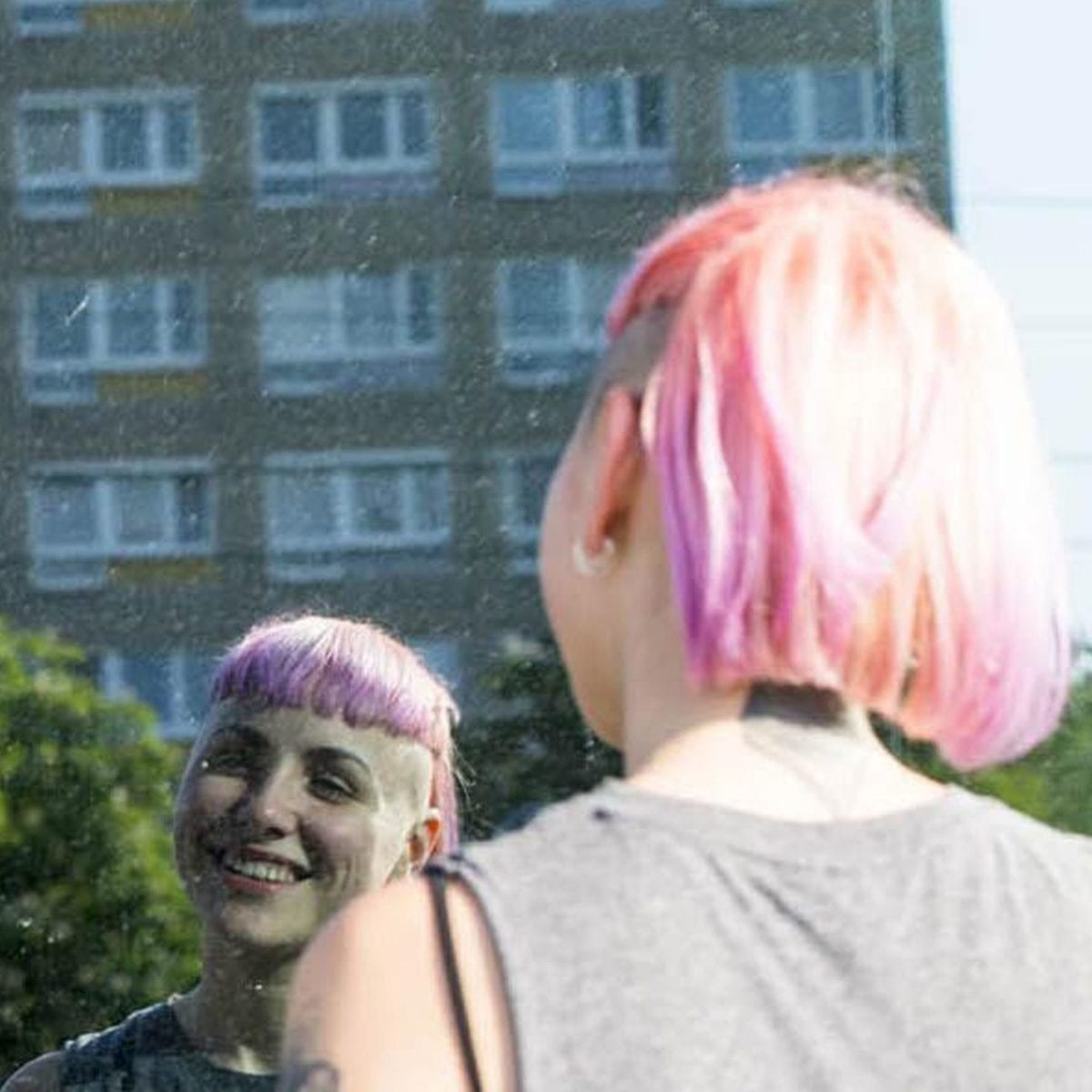 From an early age Maria Lehmann aka Solaris has been an acute listener – starting out with hip-hop, punk and recording radio shows to cassette, she naturally went on to explore electronic music, which eventually led to her to making a key role in shaping Leipzig’s club scene.

Whilst being involved with Leipzig’ Institut für Zukunft and establishing her own imprint PH17 with Stanley Schmidt, Solaris has been honing her skills in some of the most respected DJ booths in Europe, including Berghain, Robert Johnson, and Concrete to new a few.

Her impressive ability to explore the rougher edges of experimental techno and syncopated grooves, has enabled her to keep dance floors in full function and her mix for Inverted Audio is no exception. Get ready for a fast, stomping, and heady journey into the depths of Maria’s record collection. This one is not for the faint-hearted! 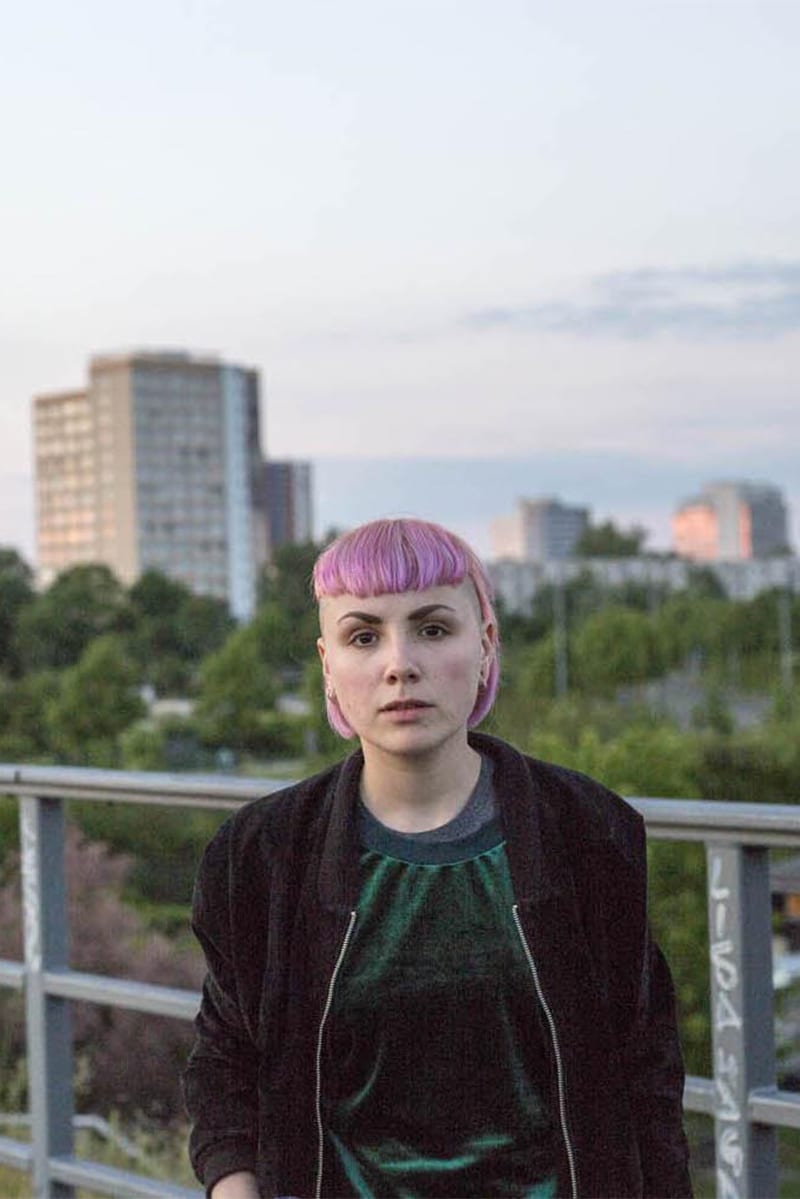 Hey Maria, thanks for the mix! Can you tell us about the selection process, the general idea behind the mix and where it was recorded?

To be honest, there was no further idea or plan behind the mix. I just wanted to represent and reflect the kind of electronic I like the most at the moment. Actually I just selected some of my favourite tracks which work together. I recorded it in my living room, with turntables, mixer, CDJs and a recorder.

There aren’t many interviews with you, so firstly looking back at your childhood, how was music introduced to you? Was it through your family, friends, or did you independently get into it?

Unfortunately my family are not really into music, nor do they have much of a musical education. As a child I spent most of the time alone and listened to completely different kinds of music like East Coast Hip-Hop, R’n’B, but also Grunge and poppy Love Parade Techno. I also used to go to stores and buy CDs blindly, I made my decision by the design of the covers. I also recorded radio shows which I liked on tape pretty often.

As a teenager I started to learn acoustic guitar in a music school and continued with electronic guitar and bass. I also played in a punk band for a short while. Obviously Punk and Hardcore got more and more important to me, I started to promote shows for some years with a couple of friends.

Growing up with all these influences has made me an eclectic DJ, which is super cool but sometimes also challenging. I almost always try to put everything I like together in one set. Sometimes it works well and sometimes it makes me completely lose my focus.

What turned you onto electronic music? Do you remember the track that made you hungry to discover more?

My twist into Techno was because of Atari Teenage Riot, Les Trucs, Egotronic etc – these left wing bands who combined Punk with Electronics. It made me sensitive and also curious for more electronic music. Really initial for me was Atari Teenage Riot – Hetzjagd auf Nazis! I guess. Afterwards I started listening to Psytrance, D’n’B and Hardtekk.

How do you currently go about discovering new music?

Bandcamp, Discogs and Spotify are the most important sources for me digging-wise right now. I just get lost in the algorithms, the labels I like and if I buy old records at Discogs f.i., I always check the seller’s back stock and get stuck.

You had been involved in Leipzig’s Institut fuer Zukunft as a booker and currently you run a party there called Sunday Service. What is the party about? Is there a certain atmosphere or aesthetic you’re after?

Originally I started this event series exactly 3 years ago because I’d like to host a day party. Back then, it was pretty hard to motivate people in Leipzig to go to a party which was starting in the afternoon.

Recently it became a reflection to my own diverse taste, basically, and I’m really happy that IFZ gave me the space to represent and also experiment with that. Unfortunately I had to stop now for several reasons, at least in this 2-months-period.

How has your work as a booker and promoter helped shape your occupation as a DJ?

Being a DJ and music lover influenced my work as booker, not so much the other way round. I always had to deal with several limits as a promoter and booker but these limits aren’t given in just listening and playing music. But for sure, as a booker I had to deal really thoughtful and intensively with electronic music every day. This made me also discover new stuff and new perspectives. 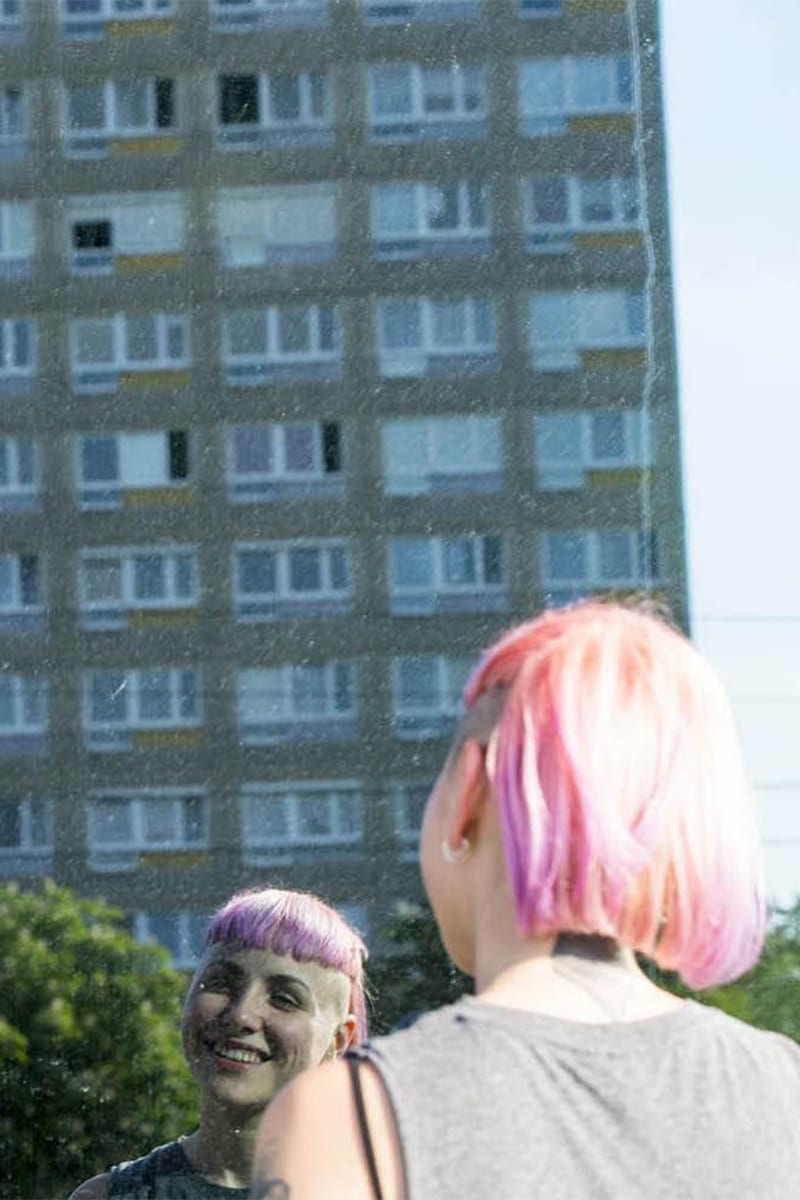 A few years ago it seemed as if producing is a must in order to make it as a DJ, but in the last couple of years it feels like more DJs who purely selectors are making waves. I wonder what’s your take on the subject as a promoter but mainly as a DJ who doesn’t make tunes – is this a barrier that slowly getting breached nowadays? What has been your experience?

I don’t have a strong opinion about that. I have the feeling that a lot of good DJ’s find themselves forced to produce music to survive in the scene. Often it ends up being a mistake in my opinion, because people just do something quickly, heartless and without grown skills then. Being good in producing music and being a good DJ is something completely different in my opinion, both need a lot of time and work.

Do you have aspirations to produce?

I have jammed and experimented with music for several years now and I think I know the basics of electronic music production, but I’m horribly restless, easily demotivated and I never cross a certain point when it comes to putting stuff together in a way that makes sense. And in general I’m really critical with music productions. That’s also a reason why I never finish stuff.

Last year you launched your own imprint PH17 together with Stanley Schmidt. What plans do you have for the label in the not too distant future?

We’re about to release the next compilation with tracks by M.E.S.H., DJ Mantis, Stanley Schmidt, S.Olbricht, Privacy and Relaxer. Can’t wait for this one to be out! We’re both really happy with the result.

How do you go about A&R for the imprint? Is it a case of reaching out to long time favourites or are you open to under the radar talent?

We’re looking for artists which try to erode the borders of dance music in general but mainly for those, who haven’t got a platform to release yet and are „under the radar“ so to say. I think the upcoming compilation is more like an exception with some artists who are already well known.

You and Jonas (Stanley Schmidt) are also playing together as Monsanto High. Do you prepare for a back-to-back set differently than for a solo set? What are the different aspects to be considered in opposed to a solo gig?

It’s different and difficult to play b-2-b, definitely. I can just speak for myself: I play different music together with Jonas compared to what I would play solo. That’s interesting because I have to switch my focus then and also make compromises, which is not always easy for me. Mostly we try some ideas together at home before a gig.

The most important thing to me at the moment is to build up the label even more. I’m so happy about what we created so far and we’re full of cool ideas for the future. That’s really motivating. And concerning the rest: time will tell :)

Discover more about Solaris and PH17 on Inverted Audio.