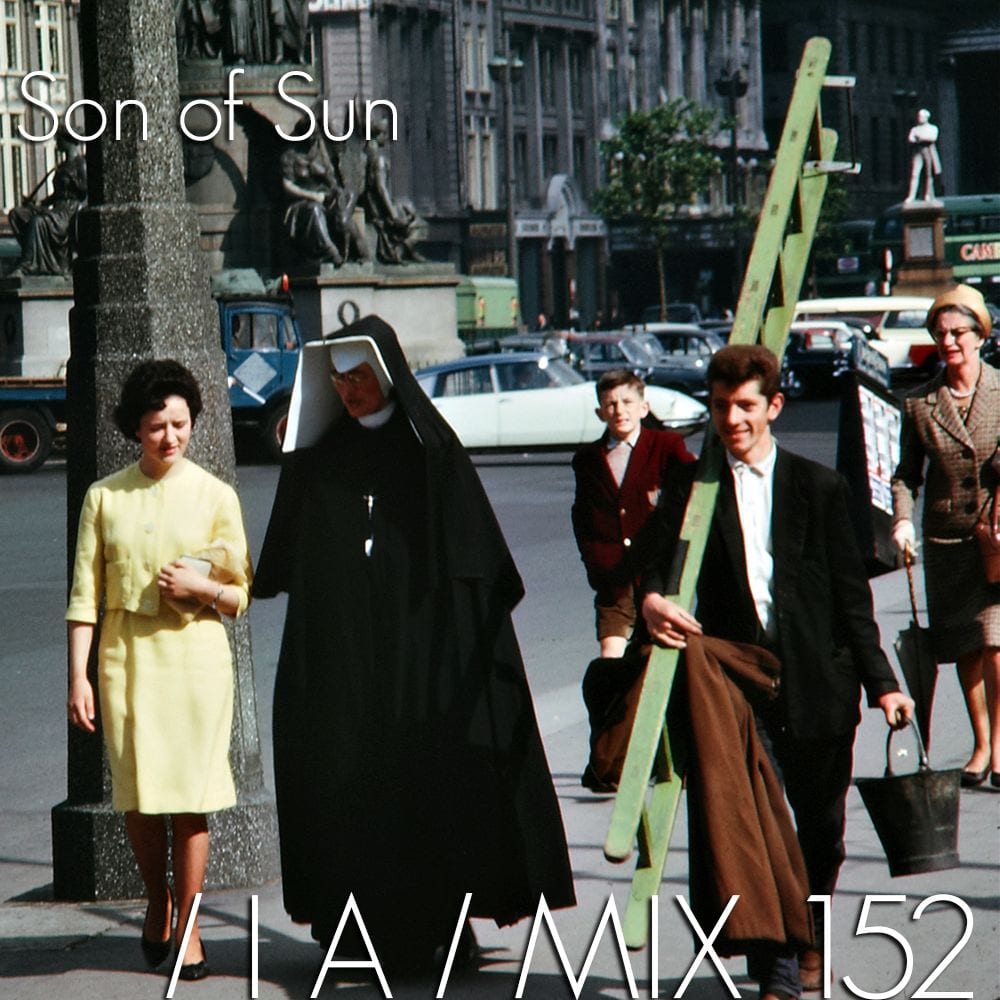 Son of Sun is a collaboration between Love Fever Records label boss Sheff Allam, and head-honcho of the well-respected Voyeurhythm Records, Tyson Ballard. Tyson, who now resides in Berlin, has over two decades of DJ and production experience under his belt – and Sheff, who provides the vocals, is the former lead baritone for the National Symphony Choir. Following the release of their debut “Whispers” EP released through Love Fever earlier in 2014, we caught up with the duo to discover more about their working relationship, how they split their time in the studio and forthcoming records.

Hi guys, tell me about the mix you’ve put together for Inverted Audio?

Tys: This is our first joint podcast so it was important that the sound represented the style of music we do together. Stems from the things that have brought us inspiration in the studio as well as some sprinkles of upcoming cuts.

We’ve been lucky enough to have been blessed with some amazing remixes from our first two records. These are being released later this year and early next but there’s some sneak peeks in here. It’s recorded in our studio in Berlin on a nice warm Condesa rotary mixer.

You’re based in Berlin and Egypt. How did the two of you meet?

Sheff: So Tyson is an Australian living in Berlin and I’m Greek / Egyptian living in London. We’re on some United Nations shiz. We have a little crew of lovers and lotharios, which we party / play with. One night we just jumped into the studio together and that was it from then on we knew we had to do something. It feels so natural working with each other that it would be a crime not to. Tyson is like the brother I never had and Son of Sun feels like family business.

What spurred you to start working together on music?

Tys: Sheff and I have been friends for a while – the more we partied and the more vocal Sheff got during late nights shouting out various calls to the wild the more I recognised a voice in there. I think we made vague plans to spend some time in the studio, we ended up doing it one day made a record and the rest is history.

What’s the story behind the name?

We are the son of sun. You are the moon and stars. My ancestors pathed the path to eternal light. We are children of the sky. There is no story. We are the story.

How do the two of you share the work load whilst producing, so to speak?

Tys: Not being in one place together has its challenges; the way we tend to work is to bounce of each other’s energy in the studio. We have tried sending each other tracks and get inspiration but whilst it may work for some that doesn’t seem to work for us. We tend to jump in lab usually after some panorama inspiration and belt it out. It usually starts with some kind of beat/bass and grows with the vocals from there.

Tell me about your relationship with Love Fever Records?

Sheff: Love Fever records is my passion. For a while I was bored of the parties and bored of the music I was hearing. There has to be another way. Love Fever was born. It’s our way to try and push things further whilst drawing inspiration from the past. Searching for a new way trying to create an experience. Straights, gay, black, white WHATEVER… We all come together in dingy basements, glamourous lofts and chic art galleries to simply dance and play / make the music we love and create a vibe that means something to us.

You released ‘Whispers EP’ in August 2014; tell me about the two tracks, where you wrote them and what your aim was with the two tracks?

Tys: We wrote them in Berlin, it was the beginning of summer and I think they represent the hope of oncoming good weather, vibes and what seems to be the never ending summer party festival action (post ADE hangover talk). I don’t think we thought much about the aim of the tracks but more about recording something that was fun but still deep and represented a raw cut back sound that is akin to our live shows.

Since the labels based in London, what’s your experience of the city? Has it played a profound role in the shaping of your music?

London is everything to me. The city is always changing. You can have the VIP vibe, the underground vibe all in one night.

“Why, Sir, you find no man, at all intellectual, who is willing to leave London. No, Sir, when a man is tired of London, he is tired of life; for there is in London all that life can afford.” – Samuel Johnson

Where do you like to hang out and with whom?

Sheff: It’s not where as much as with whom. We have crew all over the world, the place is not important it’s the people that matter. People create a vibe. Berlin, London, L.A. Bangkok seem to be where I frequent most lately.

When in London its usually crew at my house or we chill en mass at Shoreditch house. It’s the kind of place you get sick of but go back every week anyway haha. There’s also this nice little bar in London in Hoxton square our friend Andy owns called happiness forgets. Best cocktails full stop.

Which other musicians and producers do you spend time with?

What else have you got planned for release over the next 12 months?

Sheff: We have a remix EP coming out on Love Fever at the start of 2015 with remixes from Citizen, Soul Clap, Adesse Versions and Boris Werner.

We don’t plan too hard we just do. I hate to work to a schedule with Son Of Sun. It’s all about the music and when it feels right that’s when we move on it. We have a couple releases in the pipeline with some dope labels but I can’t give too much away just yet.

We are also working on improving our live set and just constantly trying to push our sound and ourselves. The Japanese term Kaizen that means continuous improvement is how we try to work with this.

Discover more about Son of Sun and Love Fever Records on Inverted Audio.