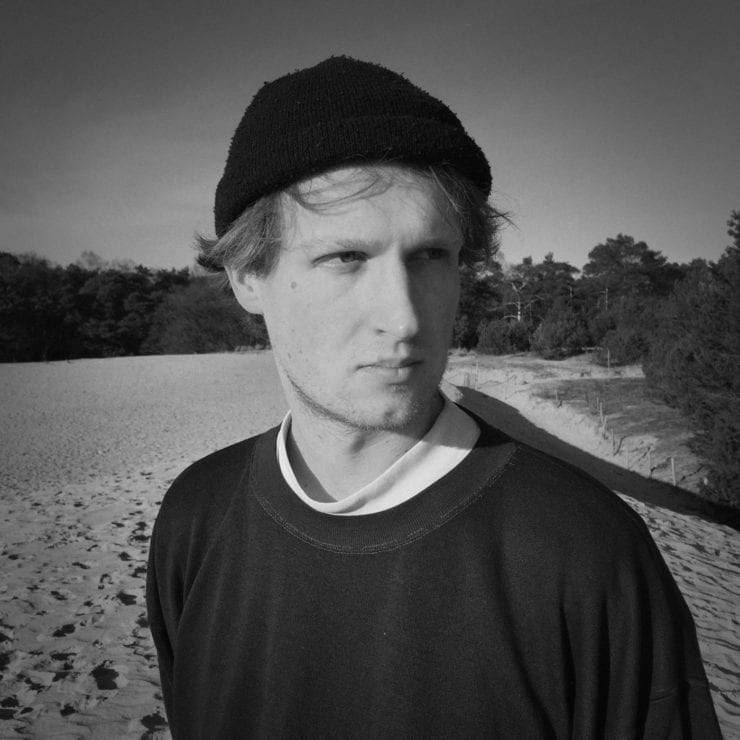 Clearly one of 2019’s most compelling discoveries, Tala Drum Corps first emerged on our radar when the ever tastefully curated BAKK announced the drop of Tijmen Lohmeijer’s debut EP a few months ago. ‘Parade‘ made for an enticing lead-in into the Dutch producer’s shape-shifting sonic realm, bursting with innovative ideas and a much daring sense for reconfiguring used-up patterns into new motifs.

Showing off his knack for carving out lushly nuanced, immersive alien ambiences, Tijmen lays down a mix full of post-nu agey ’90s synthetic lustre, oddball ambient house dynamics and further leftfield acid divagations. For good measure the mix comes with a rather in-depth interview of Tijmen, where we discuss a diverse range of matters – from the origins of his love for dance music to his studio modus operandi, through his relationship with his hometown of Utrecht. Lock in. 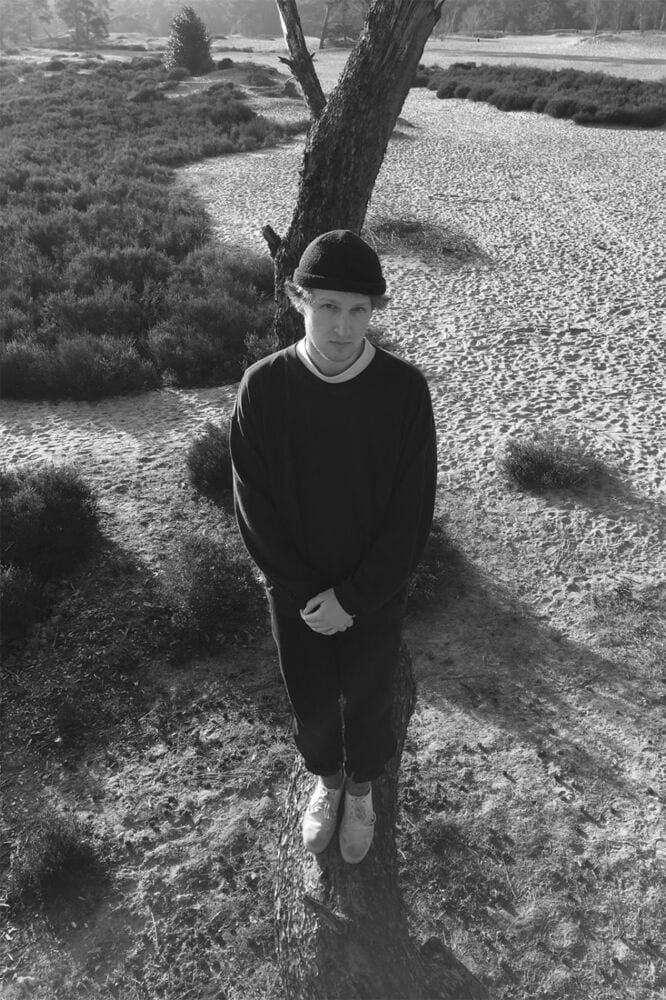 Hey Tijmen, thanks for the sick mix. Please tell us more about it, when and how was it recorded?

First off big thanks for the offer to make the mix – I really enjoyed working on it! I recorded the mix mid July at our local online radio station Stranded FM.

Is it reflective of the sets you use to perform live, or did you let your creativity on the loose with this one?

I always try to let my creativity on the loose, also in my sets… I think I have quite a short attention span so I really feel the urge to make it as fun as possible aiming for contrasting moods… etc.

Although for this set I wanted to go more techno-ish (I guess my loose definition of techno). Listening back to the mix, I did notice that 99% of the mix consists of 90’s tracks from different parts of planet earth.

Once I selected the intro tracks, the rest of the mix kind of naturally built around it. Sampled voices and ethereal chants became kind of a returning element.

Why that name, Tala Drum Corps? Where does it come from?

Actually TAL are my initials, and I really like playful percussion. It’s not a very interesting story I know, but because of the plural I often get asked where the rest of my drum corps is (laughs).

You recently released your debut 12″, ‘Parade’, on BAKK. How was this EP conceived?

Some years back I met Gustav Goodstuff at Clone Records in Rotterdam, we talked for some time and I ended up sending over some music. A few years later I was approached by the lovely people at BAKK who were interested in some stuff they had heard at the Clone office.

I met up with Ruben Verkuylen (The Social Lover) and Nicolaas Borst (Hello Motto) and they gave me the opportunity to release my music on the label. Still eternally grateful to them, and I’ve made some great friends during the process.

It feels like you’ve managed to carve a lane truly your own with this record, creating your own trademark blend of tribal electroid downtempo meets naive post-atomic ambient and heavily synthesized nu-age motifs. How do you usually compose? Lots of jamming and impro, or is it more of a calculated process?

I do not really jam, there’s also no hardware used on the record. Most of the time I stumble upon a sample, a sound or an idea and I just play around with it till I like what I hear.

The only recurring themes in my music are natural/primitive sounds – think birds, percussion… etc. – and a glimpse into the future; machines, electronic bleeps. For me these themes create an exciting contrast which drives my imagination in both visual and sound.

What’s next for you? Do you have more releases lined up already?

Currently I’m mostly working on new music without specific plans to release it. Just playing around with ideas and sounds which are bugging my mind. Also I’m starting to feel the urge to create a live set although I have no idea how (laughs). And, last but not least, release-wise there’s another BAKK feature in the pipeline which I hope I can tell more about soon. 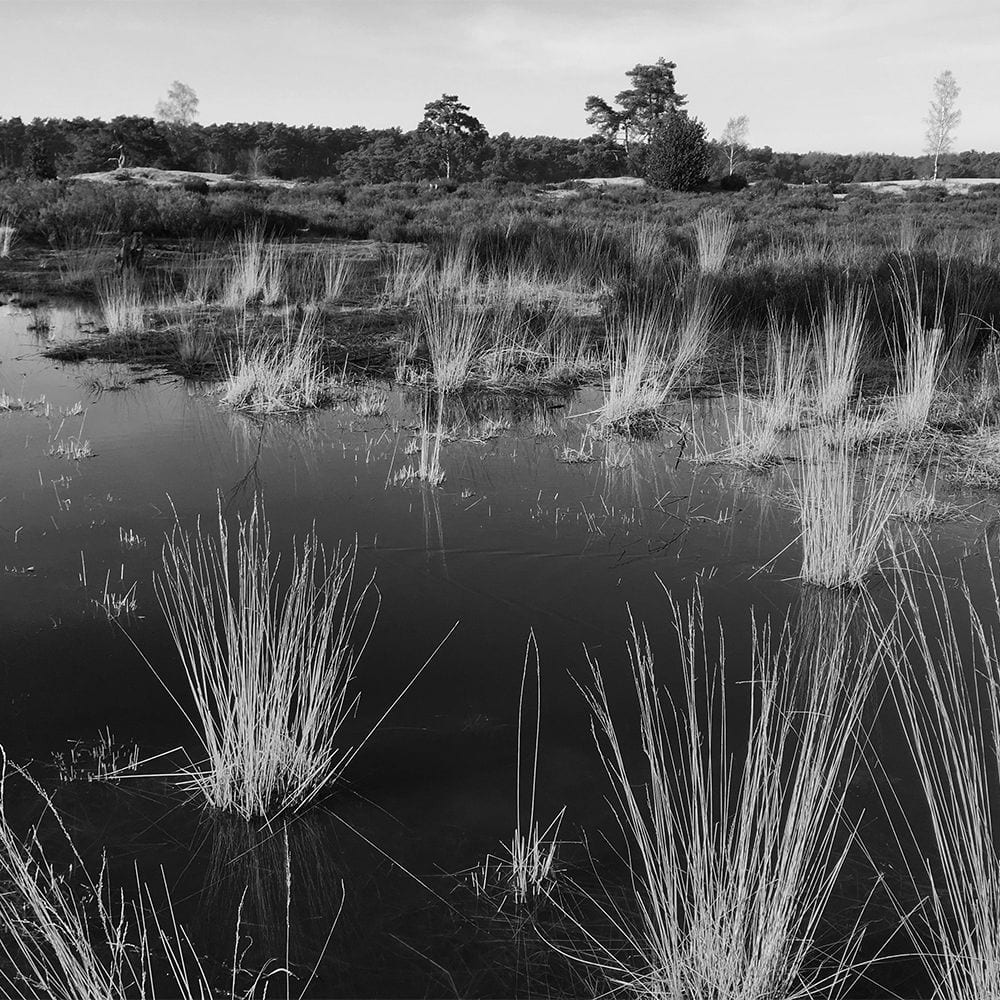 How did you become interested in electronic music? Do you recall hearing a life-changing record or attending a particular gig that triggered it all and inspired you to follow this way?

When I was around 8 I started dancing and I have been fascinated by the possibilities of bodily movement ever since. During my dance education I thought a lot about how music and its mood moves and controls the body. Being a kind of control freak, to me it made sense to make music myself and take control.

At the time I also got in touch with the art of b-boying and poppin’ for which creative use of samples and drum machines was perfect to incorporate with physical movement.

You’re operating out of Utrecht, Netherlands, which brims with a rather diverse cast of artists and party places. How do you like it there? How’s the emulation?

I love Utrecht! I work as a guest programmer at EKKO, a pop venue with a rich (electronic) musical history. (Underground Resistance played here the year I was brought to life). Utrecht is a city sized village and the nightlife scene kind feels kind of the same.

One of my closest friends (who also happens to be my favourite DJ) Luke Cohlen and I share lots of music with one another and challenge each other during our mixing sessions. Together with him and some other friends we organise Cultfarm, an intimate club night currently living the nomadic lifestyle.

Aside from Cultfarm, I’m also part of Stranded FM crew, Utrecht’s local online radio station. Our station fully functions as a community radio and we are always working on mapping sounds of the city, connecting people and giving unheard sounds exposure.

Sometimes our city feels like an underdog because we’re pretty close to party capital Amsterdam but I like this position. I learn something new every day at Stranded FM and I personally think it does a lot for the city, our scene is rather small so we are all in it together, all musical genres included.

That would be Accord Vesterbrø in Copenhagen, which is pretty nice for second-hand 12 inches. I found a split by Single Cell Orchestra & Freaky Chakra on Astralwerks. Crazy (goa hinting) techno/breaks from the US mid ’90s. Artists I don’t come across on vinyl so often…

I’m a local (Utrecht) musical history hobbyist, I find it very interesting to see what kind of music was made 20/30 years back. Finding an old club night poster at my work, a U-Trax record at the thrift shop and researching dance history makes me very happy.

I’m afraid I’m a big romantic when it comes to dance music’s history. It still amazes me that the ocean of sounds made in the past seems as endless as what yet is to be made in the future.

What always pisses you off?

I don’t get mad often but when it happens, 99% of the time it’s while cycling. Cars cutting me up, people getting high on balloons while driving (!). It maddens me and brings out a side of me which can even scare my friends (laughs).

What are your plans for the end of the summer?

Currently I’m on my way to Sweden. Swimming, reading and making music in the countryside, some real off-time. I’m really looking forward to this holiday. For me Summer will officially end after the 31st of August when I’ll be spinning records at Konvooi Arts Festival in Brugge, Belgium.