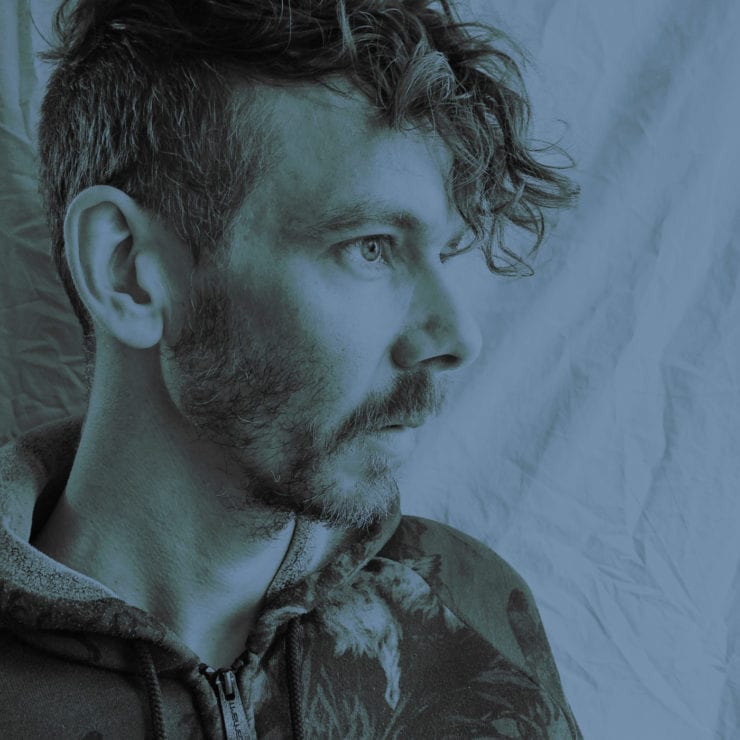 An unrelenting genre-bender with an endless scope of coverage, Florian Meyer alias Don’t DJ has been doing his thing at the margins of defined categories and trends for well over a decade, deftly merging techno with world music, bass and further off-kilter electronics through largely entrancing mosaics of sound.

Ahead of Under The Desert Stars, a unique experimental music event taking place within the alien landscape of the Moroccan desert between 27 – 29 September, Don’t DJ serves up over an hour of eerie, mystique-imbued groove eclecticism, ranging from spaced-out techno to sweat-inducing dancehall, through traditional Middle-Eastern rhythms and other downtempo oddities. Lock in and dream away. 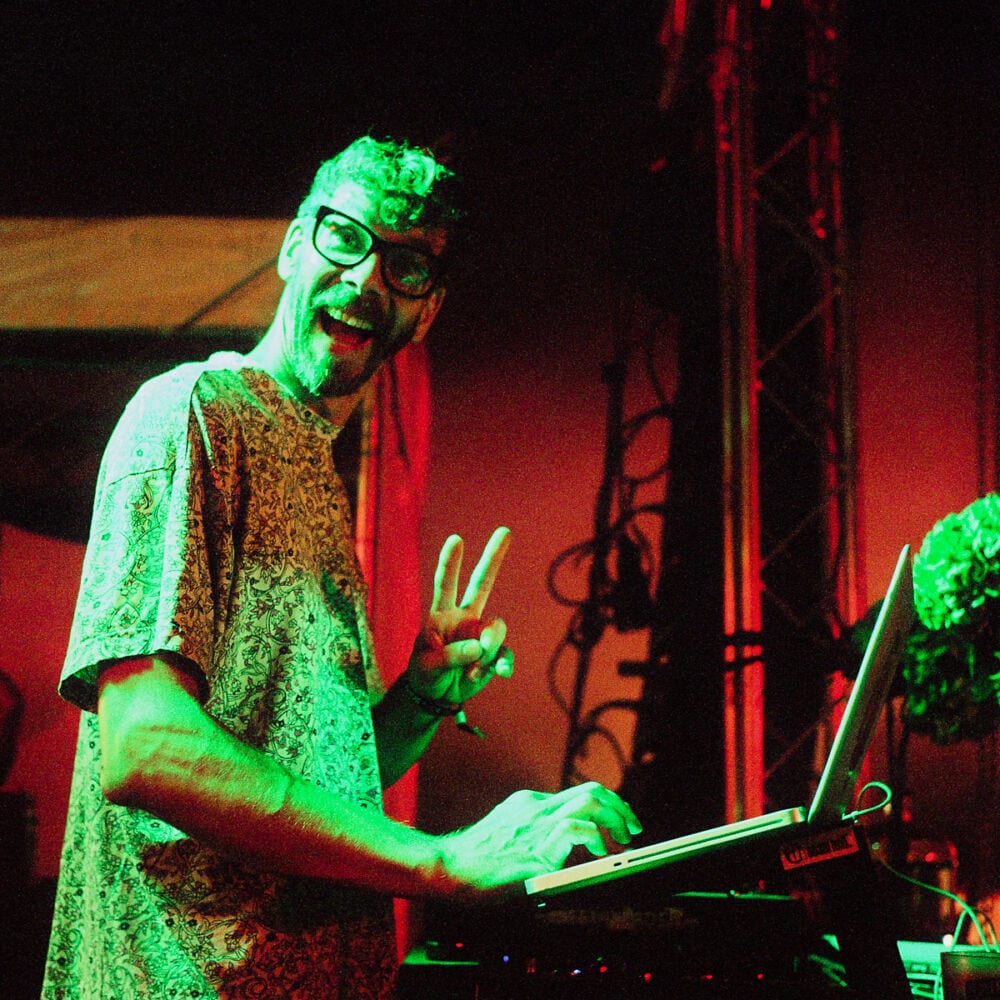 Hey Florian, thank you for taking the time to record your mix and answer these questions. First things first, what have you been up to lately?

Just back from Mo:dem Festival in Croatia – that thing is insane in so many ways! The most breathtaking aspects for me were the beauty of nature and the sheer intensity of the hive! Now I am packing for Balea Pop festival in the Bask country, where I’m going to perform with ANI, a new project I got with Black Zone Myth Chant and Bear Bones Lay Low – we also played a show together in Mo:dem and messing around with those guys if awful fun for me.

It’s a euphemism to say we’re thrilled to have you over in our podcast series. Please tell us more about the mix, when and how was it recorded and the reasoning behind the track list?

Thanks for your kind words! The mix was recorded in late July 2019 on 2 MK2-1210, a TTM57sl and a calculator using scratch live and 2 black control vinyls. (oh and by that occasion: really big FUCK YOU shout goes to Rane and Serato for no longer supporting AND not releasing the code for that beauty TTM57sl!!)

It’s a mix of tracks which intrigued me lately but which are often too ambient to play in the club or on the stage, so I thought this might be a good opportunity for a more listening oriented set.

You’re one of the many artists invited to play this September at Under The Desert Stars, a three-day event taking place in the desert, just 45 min from Marrakech. It’s set to be an incredible and unique experience. What will you be performing and how are you preparing for it?

Yes! Very much looking forward to that one – the location seems incredible and I feel blessed to get invited to events like that! I’m gonna perform live there. There are a bunch of tracks I just finished recently and I’m eager to play them live!

My setup is experimental and puts a lot of stress on me during the show, resulting in the tracks turning out very different every time – obviously I can’t play them exactly the same way they would end up on records anyways.

Judging by the lineup Under The Desert Stars will draw a crowd with open ears and little expectations towards banging 135bpm sets – which I’m always happy about as my possibilities of playing ambient and experimental sets are a bit broader then really straight primetime club-sets (though I love those too). I will aim for a deep and intense entrancing set. 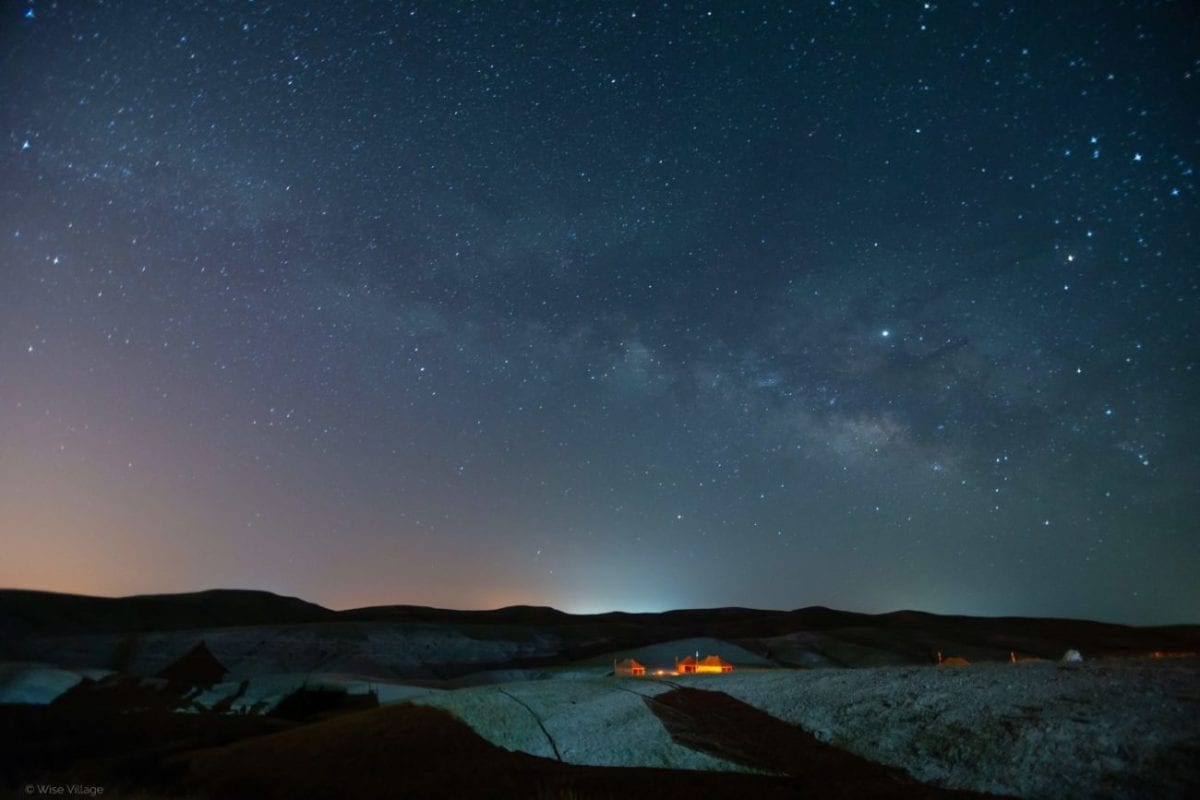 The lineup features an eclectic array of artists exploring ambient, downtempo and experimental music – Who are you looking forward to experiencing and why?

Very exciting is the prospect of meeting some old friends like Neel and Mohammad Reza Mortazavi!
Mostly I try to not be overexcited for a particular set as that’s too often turning out to be the one you gonna miss. However there are some rarely heard sets to be expected from the likes of: The Transcendence Orchestra, Van Anh & Vand, natural/electronic.system. and Kangding Ray!

Do you think that being in the environment of the desert – it will have an effect on the way people absorb and react to your performance?

Hopefully! The desert has been associated to journeys beyond our usual realities. From the prophets of the Old Testament through Crowley to The Doors or Foucault’s famous LSD trip the desert has been a place for transcendental states of mind, something that always has been closely connected to the musical experience for me. So this special setting might work as a nice catalyser.

You recently released your first record for Honest Jon’s, ‘Laniakea‘, which I found particularly intriguing in terms of structure, arrangements and tempo variations as compared to your latest works – seemingly more pared-down yet revealing equally intricate and profuse in its texture scaping. What was your “big idea” with this record?

I was a bit obsessed with creating immersive experiences through music which would be long and deep enough to let yourself go, let your mind wander off and not be interrupted after 5 minutes by the end of the track. I was hoping to create something that would leave space to drown in and follow your thoughts without interruption yet at the same time not being boring if you wanted to concentrate just on the music, explore its sounds and rhythmic structures. That’s why the tracks are rather long, may often seem kind of static, while at the same time there is continuous subtle change.

Your music combines an extremely wide array of elements picked from all kinds of more or less modern genres and further ancient traditional music. Is there one kind of music you’ve never managed getting into, no matter how many times you tried?

There is something to surprise you in every genre I believe! If you maintain open ears you can learn something everywhere. Of course not all music is for all moods and I often have a hard time not getting annoyed by what’s playing for example on main-stream radio – then again sometimes you listen to the most annoying stuff and suddenly something completely unexpected happens – I love those moments! 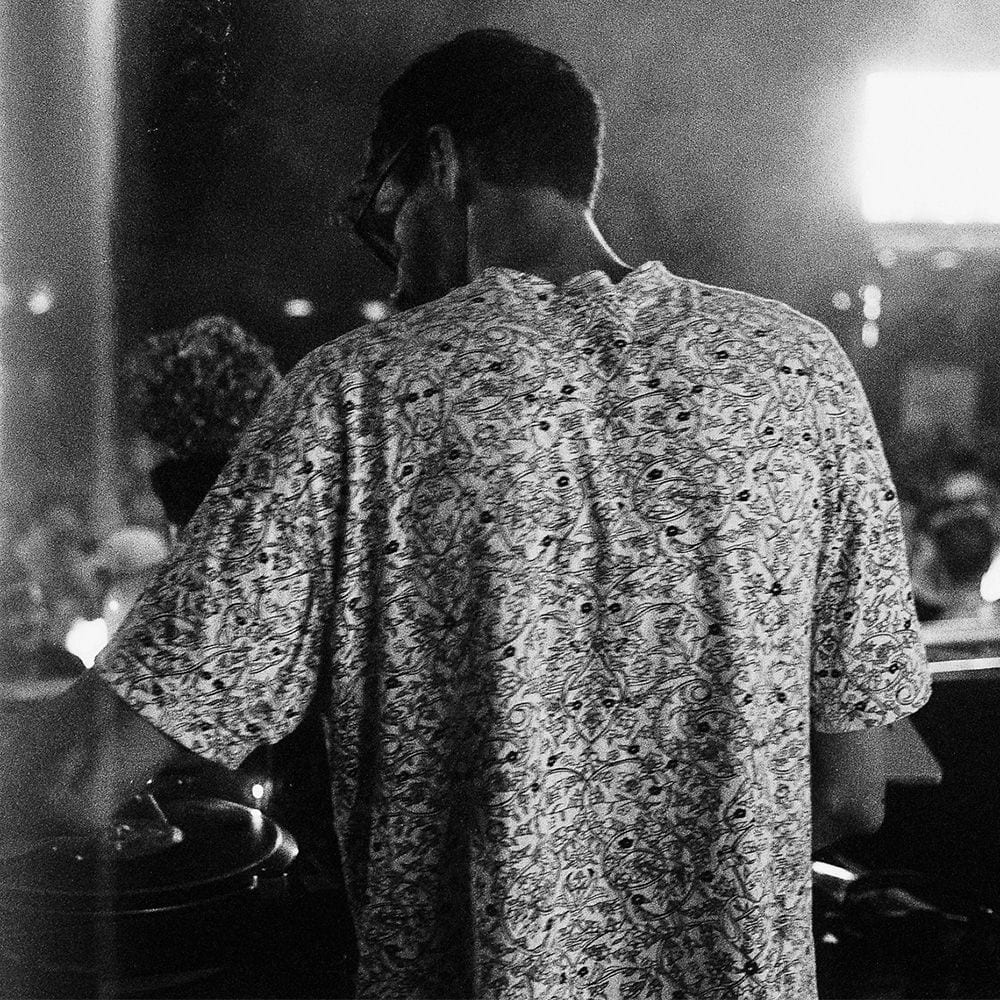 There’s also this record from a rather un-pigeonholeable German artist named irel.ier you’ve released a few weeks ago on your own label, DISK. Tell us more about him and his how you came across his work?

We first met some 10 years ago in an art context in Southern Germany, he was playing a DJ set somewhere between bale funk and dancehall but without the unnerving toasting. We got to know each other, I got to listen some of his productions and after forming the label often told him he should send tracks if he ever deemed some release-worthy. It still took some 7 years until he sent some tracks and I released them right away as I was really stoked by the stuff!

It’s a pretty damn exquisitely bold and weird record to say the least, which fits DISK’s quirky nature like a glove indeed… does the fact of releasing someone else’s music create some kind of tacit artistic dialogue in your mind? Do you feel it helps, say “emulate”, in a way? Especially when the brain tends to go on automatic pilot and recreate the same patterns too easily…?

For me the effect seems more the opposite: Most of the music I release through DISK is stuff I would have loved to come up with myself – but since someone else has done it better I can let go of that and that pushes me deeper into exploring stuff that feels original to me. Of course sometimes I find inspirations in music that goes out through the label but again I don’t want to sound like I’m stealing from artists I release so I get pushed to try to take it further.

Since you’ve been in Berlin what shifts have you noticed in regards to the electronic music scene, clubs and artists living in the city?

The Berlin scene is very big compared to other cities, so there is always some scene you have not encountered yet, no matter how often you go out. Therefor it’s hard to judge if you are actually observing shifts or if you actually shifted from one scene to another. However I do have the impression that a growing number of people want to move away from the standard techno, which dominates Berlin nightlife and open up to more experimentation in rhythms, speed, hybrids of different genres and so on. A development I highly appreciate!

What was your latest musical crush and why?

Hmm that changes very fast for me. The last record by Weird Dust I heard yesterday is very exciting, so is the last by De Leon. The Malka Tuti catalog is something I missed in the last years and now I’m discovering it very euphorically! And then there is Aldous Harding’s album “Designer” keeps coming back to me since weeks!

What’s next for Don’t DJ and Disk?

Next release will be a split between the Paradon’t project I have with the psy-trance producer Paraklang on one side and Don’t DJ on the other which should come out on Berceuse Heroique soon. Another split is planned with YPY on his Birdfriend label, scheduled to come out for our Japan-tour in October – which will end a long and busy period of traveling for me.

All the while I have some really exciting releases lined up for DISK and hope to put them out in a fast sequence – the only thing slowing this down is my lack of money to spend, I mostly have to wait a bit for revenue flowing in from the last release to put out the next one. They always sell well but need some time. However I’m really excited and burning to get those out as they are all masterpieces in their own right!!

Discover more about Don’t DJ and DISK on Inverted Audio.