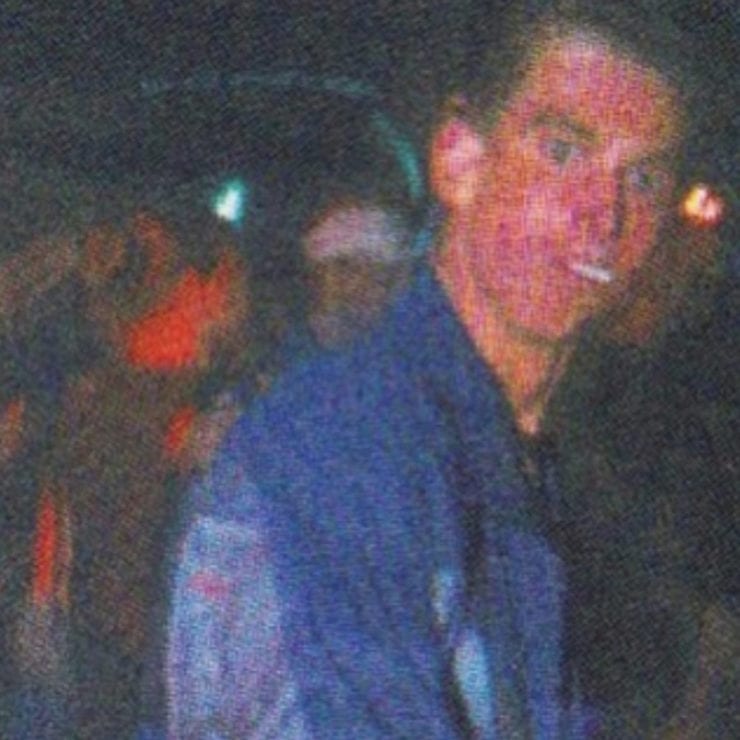 A real jack-of-all-trades of the underground realm, French-born Berlin-based producer Benoit B makes a point of crushing all limitations imposed upon us by the tech-house powers that be. A strange fruit, cross-pollinated with strains of breakbeat, electro, techno, ambient and more, his sound defies the norms and standards that often hinder the innovative potency of contemporary electronics.

Having issued a solid number of equally solid releases on the likes of Berceuse Heroique, Versatile, Wisdom Teeth, Peur Bleue and his own finely curated imprint, Banlieue Records, Benoit has established as one of the most singular talents around these days, with lots more exciting material due out this year and beyond.

Clocking in today in our mix series, Benoit eases us into a world of eerie synth-pop textures, hypno-industrial oddities, electroid dynamics and hip-hop breaks gone astray. The result is a supremely delectable head trip to get loose to, 100% true to the man’s retro-futuristic Bauhausian blends. Grab a pint, breathe out, submerge. 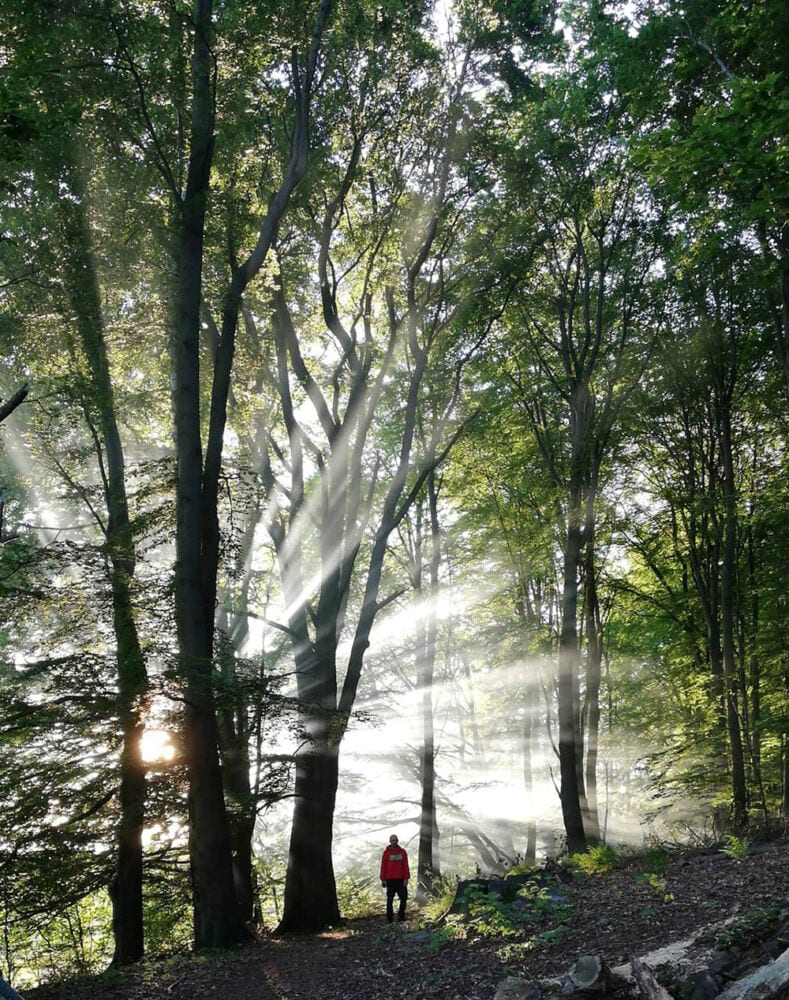 Hey Benoit, thanks for that wicked, shape-shifting mix. Please tell us more about it, when and how was it recorded?

Hi Baptiste, my pleasure! I recorded it at home about two months ago. I wanted to gather old and new club music and home listening music. There isn’t any theme really. I focused on the selection in order to keep the best (for me) of what I’ve been listening to recently.

What feeling did you want to convey?

Your latest release, ‘Vague à L’Âme’ EP came out last year on Wisdom Teeth. What have you been up to lately?

I’ve been making a lot music and working on multiple projects, mainly under alias. Al Jerry is one of them. It’s a project with my friend Gohan from Peur Bleue Records. We released our first EP in January 2019 on JD Twitch (Optimo’s) sub-label AF Trax.

Al Jerry is a fictive person we’ve imagined to combine our passion for Middle Eastern musics and Arabic melodies with electronic music like electro, ambient and more.

In May, an EP came out on Casual Gabberz under the Side Project tag. In 2017 I contributed a track, ‘Global Euphoria‘, to their first compilation. And the adventure continued. I had a lot of fun producing something different than what I usually do as Benoit B. It’s faster and more intense but still with a glimpse of me I feel.

I’ve also worked on a live set specifically for the release party/vernissage organised in Paris. Krampf used the EP’s tracks for a video game installation displayed the same evening.

I also have a few other projects I’m super excited about which are going to be released soon. Two EPs will pop out at some point in September/October on the Greek label Into The Light and on Firecracker sub-label, Unthank. Also, my first LP is almost ready and will see the light on Berceuse Heroique in early 2020!

Your sound is hard to classify – brewing together elements of breakbeat, techno, ambient, house, bass, disco and more. Is it reflective of your taste in music, i.e. totally borderless?

Yes, I guess it is but it’s also because I enjoy playing with bpm and melodies a lot. I love this idea to consider a producer as someone capable of producing “music”, whatever style it is: be it a trap, 2-step or reggaeton instrumental for example.

I don’t want to get stuck in one music category, being labelled a “dub techno or deep house producer“, even though people often feel the need to categorise you. I feel the same when I am DJing.

I like to try unexpected combinations of styles, from house to bass, from new wave to 2-step. It’s not always easy though. Same with the production. But it is a way to keep the flame alive!

How did you first come into contact with electronic music?

When I was a teenage bedroom DJ and started buying records, listening to Radio FG in the late ’90s in France. They had some nice shows back in the day: DJ Deep, Ivan Smagghe or Dan Ghenacia, among others.

What prompted you to start producing music?

All my friends in Paris back then had been making music for a while already. So I got frustrated and asked one of them to show me Ableton Live. It was 2008. I remember we sampled ‘Taxman‘ by The Beatles as a training! (laughs)

What’s the first piece of gear you switch on when you hit the studio?

My sound card and my speakers.

Who are your biggest influences artistically speaking, and why?

All the new music I discover daily!

Were you raised in a music-loving family, or classically trained?

Partly let’s say. My mum wasn’t playing Motown records in the living room when I was 5 years old (laughs). She was into UB40, and French music like Colette Magny and George Brassens, while my Dad was keen on French variety like Michel Berger.

So I had to dig music that I wanted to listen to by myself. But at the same time, I remember my Dad making music on his own, just for fun, with Ableton 4. He also gave me my first midi keyboard, which I’ve kept using since then.

Do you recall a record, gig or meeting in particular that changed your life forever?

Each record I release means something important to me. The two I did on Banlieue were already a big step. And the Peur Bleue and Permalnk ones – even though label owners were friends I had the same pressure while sharing the music, just as if it was for a big label.

Then, I remember when Gilb’r asked me to send him tracks for Versatile and when I received his email a few months later with the confirmed track list!

And of course Berceuse Heroique was another big step for me. I’m very happy ‘Japonaiserie‘ found a nice home in Gizmo’s label. And it was also nice to work with Facta and K-Lone’s Bristol label, Wisdom Teeth.

You own and run your own imprint, Banlieue Records, which has been pulling out a steadily impressive stream of releases over the last few years. What’s the label’s motto?

You recently released the second album from the mysterious Altkat. Tell me more about this one?

Altkat is a Turkish-Armenian musician born in the late ’40s and active since the ’60s when he first started experimenting with an Anatolian saz, a two track tape recorder, and a fluegelhorn. Today, the saz is still there, the bugle is gone and the tape recorder has turned into a computer.

Altkat also happens to be the father of two brothers who are good friends of mine. One of them sent me ‘Retour Difficile‘ last year (B1 on the ‘Lakerda‘ LP), and it was the starting point. I immediately loved it. It took us months of emailing and hours in Altkat’s studio in Paris to build the final tracklist. I’m especially proud of this album because it’s quite different from what I had yet released on Banlieue.

What’s coming up next? Any new releases you can tell us about yet?

The next release on Banlieue is expected in October. It will be a limited split 7″ edition with a track from one artist based in Buenos Aires (this track is in the mix) and one from me. I’m working with Liina Nilsson on the artwork, a super talented illustrator based in Berlin.

There’s a few more projects too. On the 1st November the next Banlieue label night (the first for more than 2 years now) will take place at Sameheads in Berlin. This time we have invited Philipp Otterbach for an all-night-long B2B.

Probably HHV in Berlin where I bought this record called ‘Spirit World‘ by Tapes vs Superstar, on Estonian label Porridge Bullet/Pudru Kuul.

People still caring whether the vinyl sound is warmer than MP3, and analogue synths sound better than plug-in.

What are your plans for the rest of the summer?

To enjoy the lakes all around Berlin.

Discover more about Benoit B and Banlieue Records on Inverted Audio.