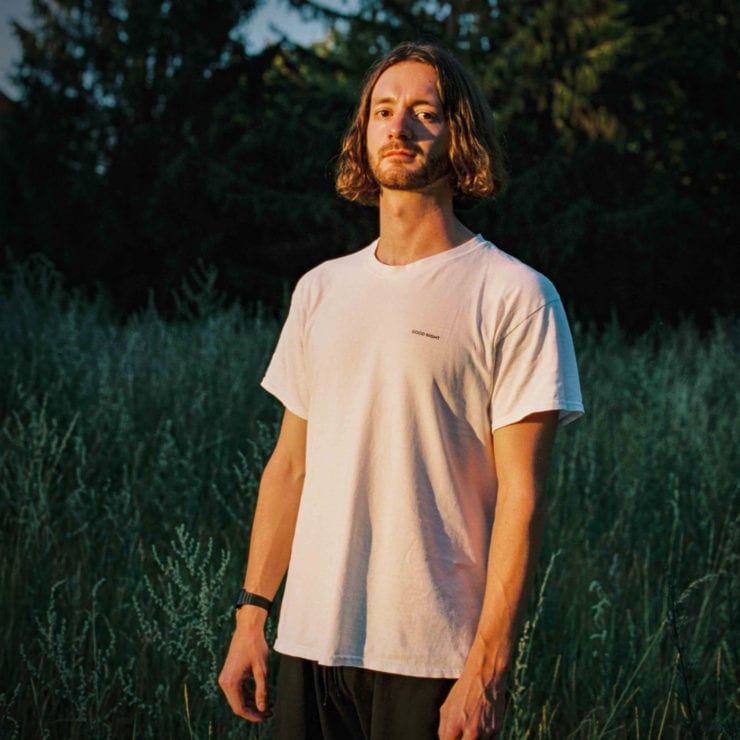 Ahead of our first residency night at Zur Klappe on 10 August in Berlin, we caught up with Gramrcy to find out more about his life current in Berlin and the Peach Discs imprint he co-runs with Shanti Celeste. We also cast our eyes back to his musical beginnings and the moments that have helped shape his genre-busting musical path. 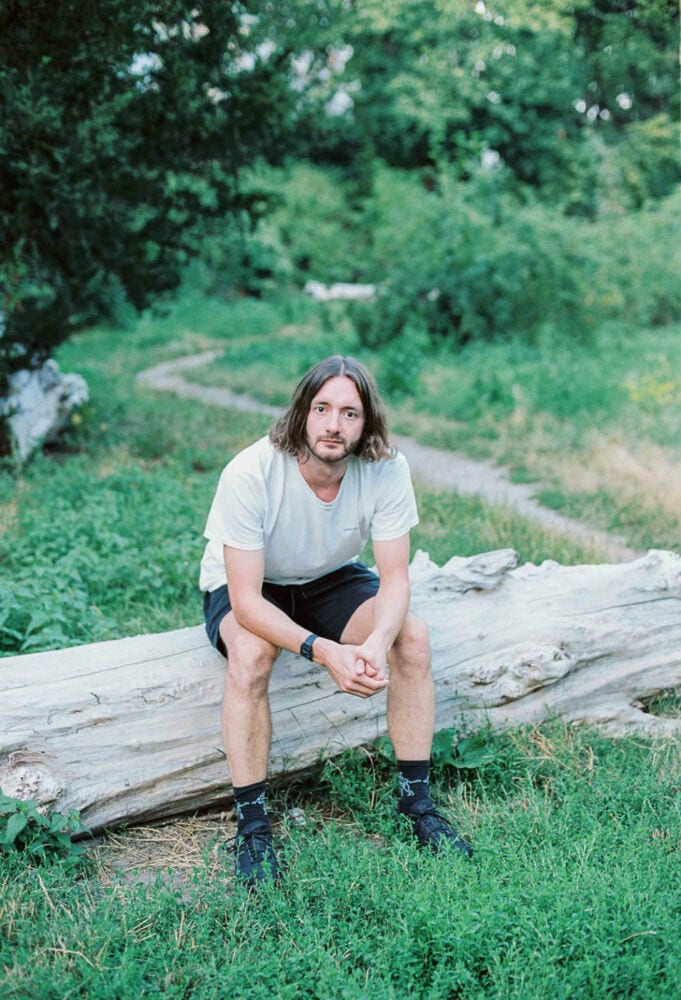 First up, it’s an absolute pleasure to have you inaugurate our first residency night at Zur Klappe in Berlin on 10 August – how would you describe Zur Klappe (and its atmosphere) to those that have never ventured into the club?

Thanks for having me! Zur Klappe is a former public toilet and used to be a popular cruising spot, which should conjure up a few images in your mind’s eye. It has possibly the smallest dancefloor I’ve ever seen but it’s fitted with a great soundsystem. It must have one of the highest sound-to-size ratios anywhere in the world.

Tell us about the mix you have recorded for us – the tracks you’ve selected, the atmosphere you’ve built, how it was recorded and where you’d suggest people to go and listen to it?

My pal Noemie (aka Gigsta) described it as “super crazy fun and fast,” which is pretty much all I could ever hope for :) I think the highest honour would be for it to soundtrack that bit of your evening between getting home from work and going out to the club.

Having lived temporarily in London you now live in Berlin – what provoked you to relocate to Germany and what is it about Berlin that makes you want to live here?

I moved to Berlin with two of my best mates – Shanti and Alex – in 2016. We’d been talking about it for a while and that summer seemed like the right time to go.

I was feeling bored / trapped in my job as in-house graphic designer at a major record label and was struggling with the fact that my creative energy was being spent on work I didn’t care about (doing ad campaigns for Justin Bieber is only funny for so long). Berlin seemed to offer the freedom for me to work on projects I’m excited about, and that’s certainly been the case so far.

Since you’ve been in Berlin what shifts have you noticed in regards to the electronic music scene, clubs and artists living in the city?

To be honest, besides the recent threats to clubs in the east of the city and the constantly creeping cost of rent, I haven’t noticed any shifts in particular. House and techno remains at the centre of everything, with the weirder and more interesting stuff orbiting around them, as it ever was.

I assume that learning to DJ came before producing your own music – who/what prompted you to start experimenting with making music?

Yep, DJing came first. Technologically I learnt in reverse – initially figuring out how to mix tracks in Ableton before getting my head around beat matching on CDJs and then, eventually, turntables.

Because I was using Ableton right from the start, editing tracks for my sets went hand in hand with playing them. The edits got more and more involved until at some point I realised I was just making my own music and the tracks I was editing had become more like samples.

Cast yourself back to a teen – what one track totally blew you away and got you into learning more about electronic music?

I’m intrigued to find out how you first met Charles Drakeford  and where you forged the four tracks that make up ‘FTD004?

Charles got in touch with me via Twitter after hearing Hodge play ‘Ruffian‘ on NTS (which is also how that track got signed to Ancient Monarchy) and asked if I’d be interested in doing a record. I loved the previous release by Elzéard & Moana and Charles is a great dude, so I was more than happy to get involved.

The tracks were all made quite quickly in Bristol back when I lived with Shanti. We shared a studio space and would often borrow bits of equipment from people. All four tracks were built from naive experimentation – a drum machine (18 Drums), a synth (Chrome Tabs), some free Reaktor software (New Obedience) and a dub percussion sample pack (Space Dub). They were made in a very short period of time and i’ve been trying to figure out how I was so productive ever since. 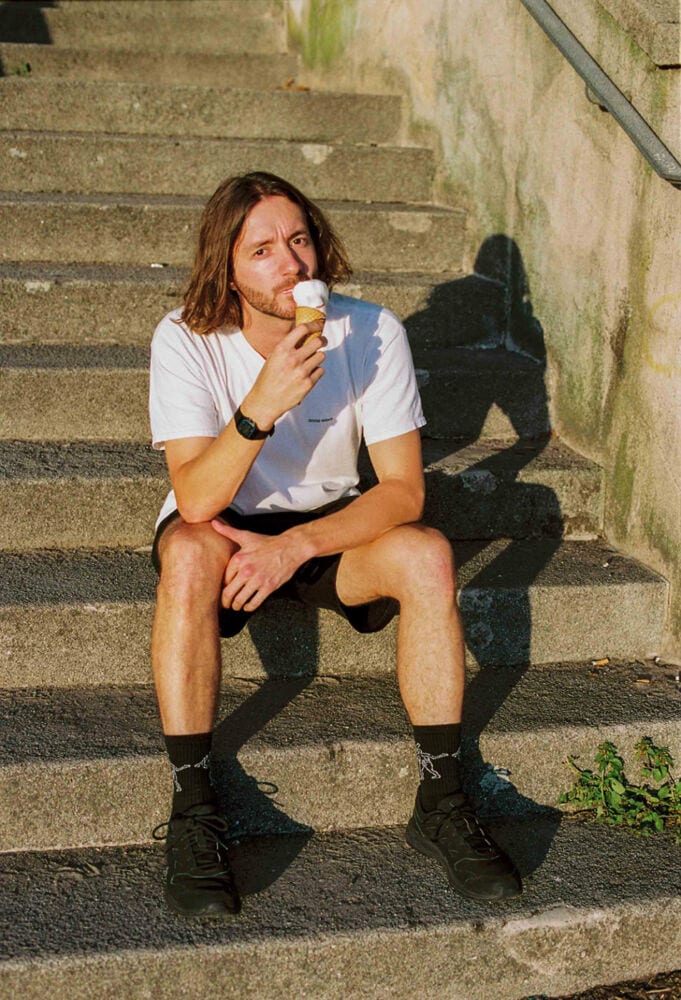 It took three years before you released new music, in the form of a split EP with Gaunt on Glass Talk Records – that’s quite some time! How would you describe your approach to music production?

My issue is that I like to think I’m a rough and ready sort of producer when I’m actually a perfectionist. It’s a conflict i’m constantly trying to resolve but I think I might have cracked it recently :)

You now operate the Peach Discs imprint with Shanti Celeste – when did you first meet Shanti and how/when did the idea of setting up a record label arise?

I met Shanti shortly after moving to Bristol from Bath (where I went to University) in 2011. She worked at Idle Hands at the time and I would hang out there pretty regularly. We became good friends, started running a party (Housework – which we still run in Bristol and Berlin with Alex and Daisy Moon) and lived together for most of my time in the city before I left for London.

When Peach Discs started it was initially just Shanti in charge, but about a year ago she asked if I wanted to get involved and make it a two-person operation. I’d been toying with the idea of starting up a label myself but being able to work together with one of your best mates is even better.

As a duo, what were your founding principles for establishing the label and the reasoning behind the coining of the name?

Though Peach Discs started out as a way for Shanti to release her own music, it very quickly became a way to push new or underrated talent, and that’s still one of our core motivations. To give artists a platform and show their music to the world is such a pleasure and a privilege.

Fun fact – The label was originally called Dance Party, but we had to change it at the last minute because a promotor in London had just started up with the same name. That’s why the catalogue number for the first record is PARTY001 – it was already in production and we couldn’t amend it. I created the logo at the same time that we came up with the name and it all just fitted together. Getting snaked by that promotor turned out to be a real blessing in disguise.

Do you share the same responsibilities – or are you each focusing on different aspects of the label?

Part of the reason I ended up running the label alongside Shanti is that I was already quite heavily involved. Besides helping come up with the name and creating the logo, I’d designed all the records and did some bits and pieces of writing too. Now that it’s a team operation I’m still responsible for these aspects, as well as looking after our Bandcamp page and getting merch designed and made.

Shanti mainly takes care of manufacturing and production, and we’re both responsible for the A&R side of things – finding new music and new artists and giving them feedback on their work. We also listen to every demo that we get sent :)

I’m assuming that each record on Peach Discs is a bi-product of a friendship with the artist – what else determines a release on Peach Discs?

You’re right! The other aspect is that we both love the music. If you’ve got those two things, you’ve probably got a release on Peach Discs.

What was the last record shop you visited and what did you pick up?

The Sweet Harmony: Rave | Today exhibition at the Saatchi Gallery actually has a record shop run by Vinyl Hunter in one of the rooms (out to Angel D’lite who was manning the till the day I was there). I ended up grabbing this Purpose & Tristan Voice record, which I guess I would describe as dark tech-house? It’s got a sick bassline anyway.

What/where do you go when you need to get away from it all and escape reality?

Love Island or Masterchef, depending on the time of year.

I cycle every day and my life is threatened by bad driving on a regular basis. But it’s cool, everyone make mistakes.

Have you already thought about your first / last tune for playing at Zur Klappe?

I’ll definitely have a few options in mind but will only really know which way to go on the night.

Finally what’s next for Gramrcy and Peach Discs?

I’m finishing off my next EP at the moment (sorry it’s taken so long Kavan!), then it’s on to the next one. Maybe a remix in between. I owe some people a locked groove record too. As for Peach Discs, there’ll be a couple more releases before the end of the year, both of which i’m very excited about. Also, Shedits.

Discover more about Gramrcy and Peach Discs on Inverted Audio.