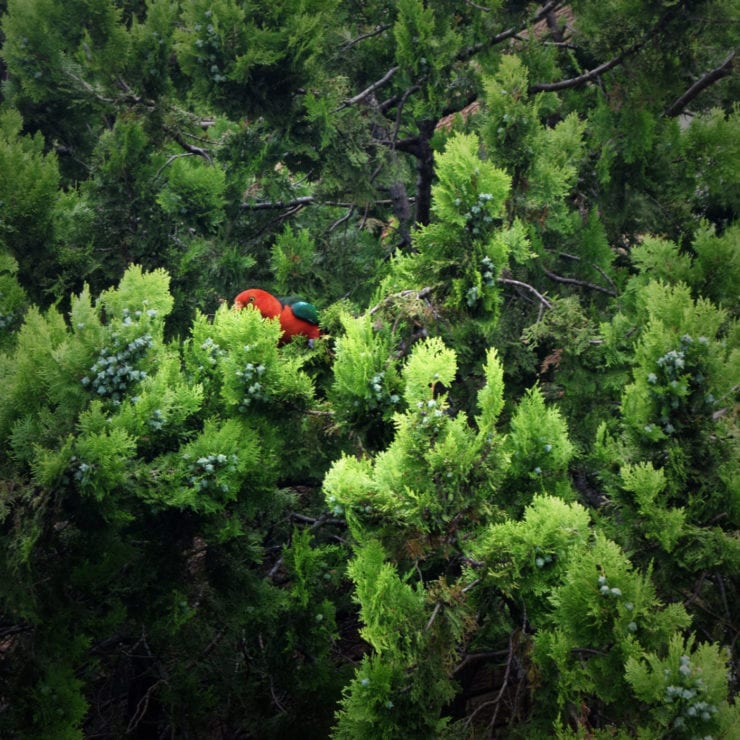 Set up at the end of the ’90s and only active for a couple years before vanishing by the turn of the millennium, to be eventually re-activated in 2016, Ewan Jansen‘s imprint Red Ember has long turned into the stuff of ambient-tinged house legend.

Primarily released in very limited quantities, which has logically made his early productions much sought-after items on the second hand market, Ewan’s output has kept challenging the norms to establish a sound signature at the margins of the classic house business, which would prove both thoroughly time-proof and a prime source of inspiration for the generations to come.

With his latest number freshly out on Jimpster‘s Freerange Records, this felt like the perfect occasion to ask Ewan for a mix. Used to performing live exclusively, he opted for a distinct way of doing it: Ewan selected a solid batch of cuts – including a lot of unheard gems from his vaults, for Jamie to pick from and smoothly weave together. Pull out the shades, beach towel and sunscreen, summer vibes are on. 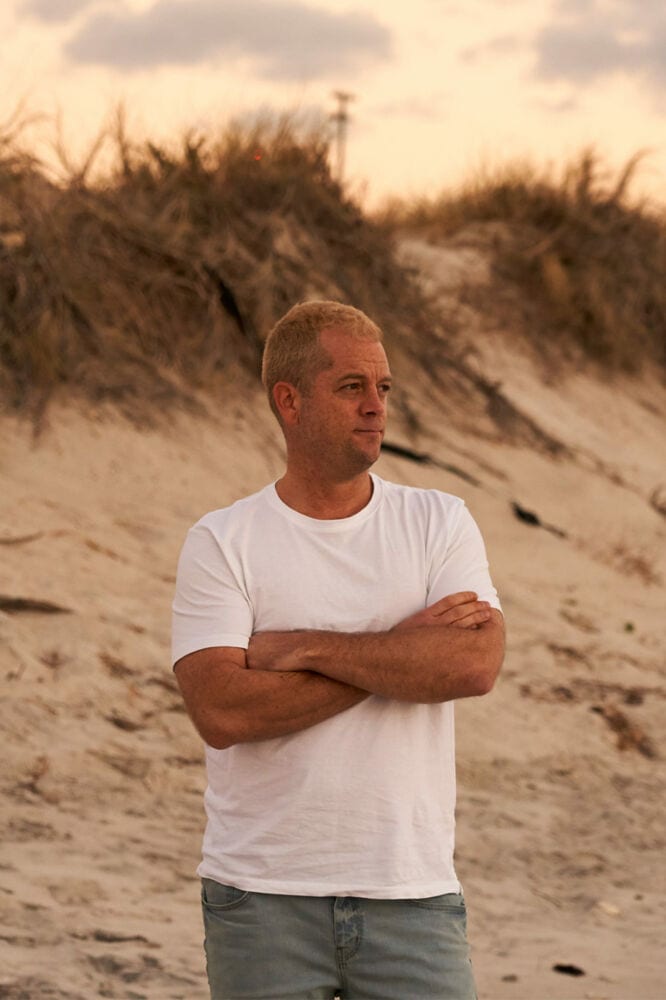 Hey guys, thanks for that supremely vibey treat of a mix. Please tell us more about its making, how and when was it recorded? How did you proceed, selection-wise? Did you communicate on the tracks you were to pick so they’d be easier for you to fit and mix together, Jamie?

Jamie: When Inverted Audio first suggested the mix we discussed the idea, and as Ewan prefers to focus only on his live sets we thought it could be cool if I put together a mix showcasing his own productions including some unreleased material, rare vinyl-only tracks as well as more recent Red Ember releases.

Ewan sent me a large folder of around 50 or 60 tracks and as I didn’t know the majority of it I spent some decent time listening and picking my own personal favourites from the collection.

At this point I wasn’t thinking about BPMs and keys or how I would put them together but once I whittled down to 20 or so tracks I put everything in Rekordbox and started to work out which tracks sat well together and blended nicely. The final stage was to record the mix using two CDJs and an Allen & Heath mixer.

Ewan, you’ve just released the most excellent, ‘Perfect Strangers‘ EP, which we recently premiered the bouncy belter, ‘Logarithm’. What’s the story behind that record? How was it born?

Ewan: During the Christmas holidays I decided, for something different, to give myself two rules in the studio. First was to use one drum loop – which i don’t often do these days. Second was to use my recently repaired Yamaha CS-15 on chord & filtering duties. That was enough to kick things off and give all the sessions some kind of cohesion even if I went off on tangents.

Were you familiar with Jimpster and his label before getting to release on it?

Ewan: For sure, yes… but one thing I realised after connecting with Jamie recently and trawling through his back catalogue was that even though my memory is shot, I recognised some tracks from going out back in the day. We had a good set of DJs championing the jazzier side of house, downbeat, broken beat that ran nicely alongside our appetite for straight up US house.

What’s your favourite record from the Freerange catalogue?

Ewan: I gotta say probably Jamie’s ‘Messages From The Hub‘ LP as it’s been in my collection the longest. It’s quite mesmerising and has plenty of longing synth chordal work which cuts very deep for me. Currently nestled next to Les Gammas and Wayne Shorter’s ‘Highlife’ on my shelf right now.

Jamie, do you recall the first time you heard a tune from Ewan? What did you think then?

Jamie: I have to hold my hands up and admit I didn’t know Ewan’s music until he reactivated Red Ember in 2017 and I discovered it through hearing something on a mix or radio show. It was probably Noise In My Head or one of the Melbourne Deepcast shows. I’m not going to feel too bad about that though as most of the early releases were limited to 30 copies and I’m not even sure many would have made it outside of Australia!

After doing a little more digging I realised what he was doing was something very special and made me feel quite nostalgic, reminding me of the golden era of “intelligent techno”; Warp’s Artificial Intelligence series, Kirk Degiorgio’s ART, B12 and the like.

But then it wasn’t until last year that I happened across Ewan’s Instagram feed and heard some little 20 second clips of work in progress. I got in touch to let him know I loved the sounds and these were what ended up being the ‘Perfect Stranger‘ EP on Freerange.

Pretty wild to imagine both your debut EP on Freerange and Ewan’s Red Ember inaugural release were respectively issued 22 and 23 years ago… How do you two feel looking back at all you’ve accomplished both in personal artistic terms and as label owners?

Ewan: For sure I feel proud of what’s gone on in the past but I also feel like I haven’t hit the sides yet. Sides of what, I don’t know. Red Ember seems destined to evolve in distinct phases – with the first phase running on bare-ass adventurous teenage energy.

I get that feeling back in phases, maybe at a premium these nowadays, but when it’s there I’ll just ride it hard until I crash, go to ground and repeat process. It’s a forward motion though. This EP with Jamie marks the end of a huge energy push in the studio this year and the start of a live performance phase. I’m bad at multitasking so I’m keen on keeping eyes in front.

Jamie: I can relate to Ewan’s comment regarding teenage energy, even though I was in my early twenties. I’m pretty sure it’s the same for most producers of our generation but I feel the mid 90’s was an exciting time for electronic music and from my perspective, living in Manchester, it seemed to be a total melting pot of musical styles and genres.

It was probably because I had more spare time on my hands being at college at the time but I was absolutely immersed in music, going to jazz gigs one night, then a warehouse rave the next. When you went to buy some records it seemed totally natural to leave the shop with some Jeff Mills, Four Hero, Mo Wax and Prescription releases. Taking all these different influences and trying to find your own sound, starting up a label and hoping other people enjoy what you’re doing.

I’m proud to have just about kept everything afloat over the years and it’s not been easy. Thankfully, the passion for making music has never diminished for me  – so every time I’m in the studio I still love the process, even if I now feel a little bit more pressure time-wise.

Even though we all know hype’s nothing to be believed in, it still keeps winning crowds over and blowing up to the most devoted and hard-working artists out of the water quite cruelly. As longstanding figures of the electronic music scene, what advices would you give to a new coming producer/label owner looking to establish durably without selling his/her soul to the devil?

Jamie: I think it depends what you’re trying to achieve and what your definition of success is. In a lot of ways, not much has changed. DJ’s are still looking for the hottest, underground tracks that nobody else is playing which means limited edition vinyl only white labels often create more buzz. Also, the whole family/collective thing still seems to help build interest rather than a single artist operating individually.

Based on these observations I’d say start your own label, make some killer tracks, group together with geographically and stylistically similar friends, start a regular party, start a distribution company, start a DJ agency, start a PR company, maybe a pressing plant. And don’t forget merchandise. That way you’re doing everything on your own terms. There you go… simple!

Ewan: Well that would be Highgate Continetal here in Perth, which sadly has just closed its doors but remains as an online service here. John William Tanner’s ‘At the Water‘ LP was the last gem I picked up.

Ewan: Walking into the studio a Saturday morning with my jammies still on, a nice cup of coffee and a whole day to burn.

Ewan: The constant pressure in this world to update and upgrade your tools and stuff for no logical reason. Planned obsolescence is such a gross waste of time, money and the environment.

Ewan: I cannot wait to rip my clothes off and get down to the beach again. It’s really that simple. It seems now that I’ll be touring Europe in September, I might get that opportunity a little earlier.

Discover more about Ewan Jansen and Jimpster on Inverted Audio.